An interesting shot from the archives of marketing.... And art. 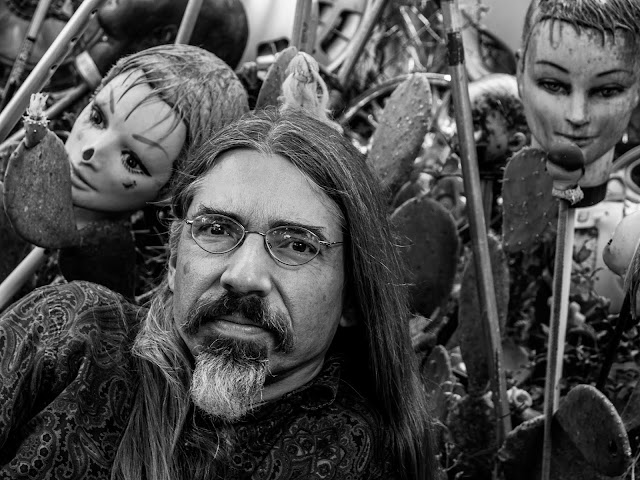 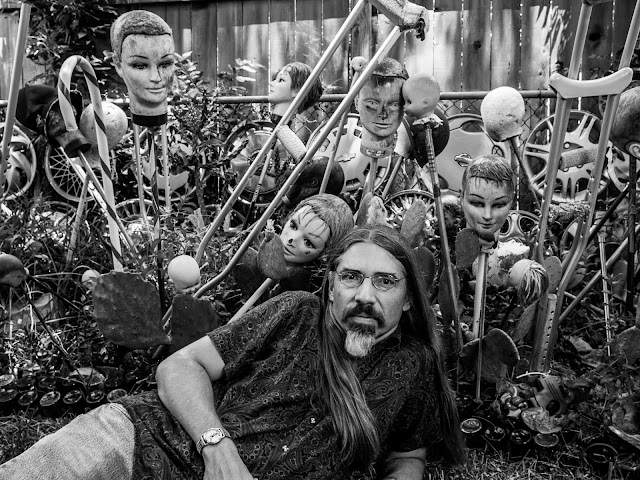 The wide shot.
Dave Steakley, the artistic director at Zach Theatre, wrote a play and produced it in 2005. It was called, "Keeping Austin Weird" and it showcased a number of interesting and/or eccentric characters from around Austin. My assignment for the project, both for show content and marketing, was to go around, meet some of the people Steakley had written about, and photograph them. If we could photograph them with their art or in their usual environment then so much the better.
This gentleman (whose name is lost to me in the moment) lived in South Austin and made all kinds of toys and art pieces. He was an engineer by profession.
One of the things he liked to do was to collect doll heads, put small LED lights into their eyes and put them on stakes out in his garden. He "welcomed" a new next door neighbor once by turning all the heads in the direction of the neighbor's house and then, in the twilight of evening he turned on all of their eye lights. Some blinked on and off, others just shone.
The neighbor started building a tall privacy fence between the two properties the next day.
And, if I can find it, one central Austin family painted their entire lawn green and then painted a big Twister mat on it. But that's another story.
Olympus e300 + 14-54mm.
Posted by Kirk Tuck, Photographer/Writer at 12:33 3 comments:

Busting up some of my own camera prejudices in light of recent rediscoveries. 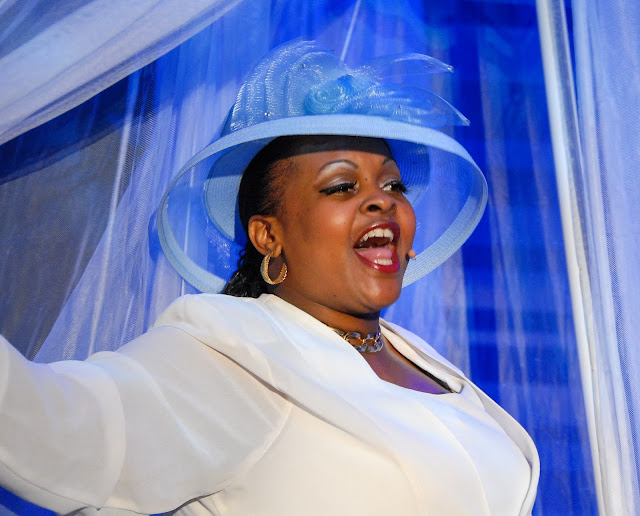 I've been on a bit of a jag lately concerning just how good or how bad "ancient" digital cameras were. I'm also trying to get all my old theater files up online for easier sharing and also to gather stuff together from across a range of storage strategies that now seem precarious and inefficient.
One of the cameras I found myself disparaging in the first decade of the 21st century was the Nikon D200.
It was a ten megapixel, APS-C camera that, from my point of view at the time, had a noisy and not very good sensor, focused too slowly and had an anemic raw buffer (but then again, which camera back in the pre-2010s didn't?). I couldn't move on from the D200 quickly enough. And often I ended up pairing it with a zoom that I had decided was novel and fun but not very sharp. That would have been the 18-200mm Nikon zoom which had the first really dramatically good (for the time) image stabilization.
So, yesterday I found a DVD of a performance of the play, "Crowns" at Zach Theatre. This was from a time before they raised the money to build the big, state of the art Topfer Theatre and the show was performed on a much smaller and more modestly lit stage. It was all filtered, tungsten light back then.
As I pull the images off the old CDs and DVDs I'm going through and color correcting some stuff, working the tones on other images and generally cleaning up the files we never used back in the day. Back in 2006. There was never enough time, in the moment, to do the kind of work on all 1200 files shot on a typical evening rehearsal shoot when only 20 or 30 would see the light of day. I would send over the images and after selections were made I'd tweak the "keepers" and file the rest of the photos on DVDs and then move on to my next project.
Photoshop was more primitive then. Lightroom was just gathering steam. Making individual corrections to files we'd never use was akin to tossing time down a dark hole.
But now I'm discovering that there are more good images in the initial "take" than I had earlier imagined. And as I go through and clean stuff up in preparation for uploading to the cloud I'm taking time to look more carefully through the images and see what I had missed the first time around.
In addition to finding "new" images I'm also in a process of reappraising the quality of the cameras and lenses of that time period. The two images included here were both done with the Nikon D200 and the camera was used at ISO 800. I had to use ISO 800 to freeze the action because I was using a fairly slow lens (the 18-200mm) and stopping it down to f5.0 to get good sharpness. But to my eye, the images are much better than I remembered them. The noise is not overly intrusive (no noise filtering was done in post) and the camera's ability to hold detail in the highlight areas is far better than I recalled. In fact, it's quite good. 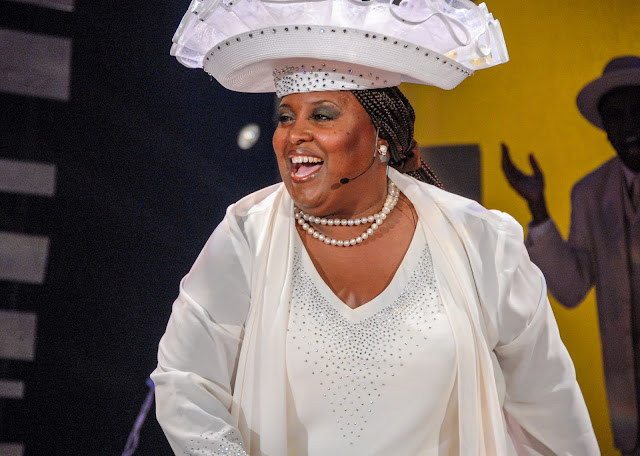 The lure at the time (2006) was the promise that increased resolution in the cameras would make a big difference in how the images looked when printed or worked when published. And at the time we were still printing things and sending out brochures and big postcards to promote the plays. But the main usage for the photographs was in the (printed) local newspapers and on the websites, and for that the D200's resolution was more than good enough.

Once cameras like the D700 or even the later D610 came out my hindsight from the year 2021 would tell me that we'd absolutely hit the sweet spot for just about everything and that the ONLY reason to grab for more megapixels might be if I were one of the less than .05% of serious photographers who routinely made very big prints for wall art. Or if I was a cropping addict who could never seem to compose in camera. If only I'd figured that out at the time...

Funny what a bit of backwards time travel does for my perceptions. And my second, somewhat depressing realization is how much better the composition and content of the images can be when shooting in small space where we can photograph a dedicated rehearsal with NO audience and complete freedom of photographer movement. The golden days? 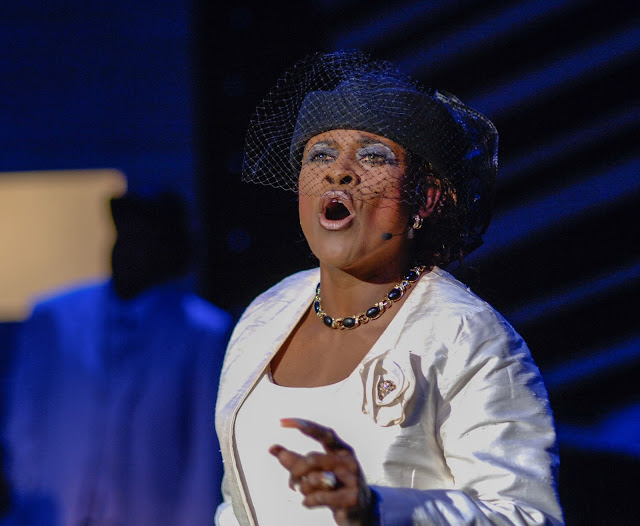 Photographed during a performance of "Crowns" at Zach Theatre.