Not every image we take is all about making the "model" look sexy and fabulous. There's more to photography than flattery and surface beauty. 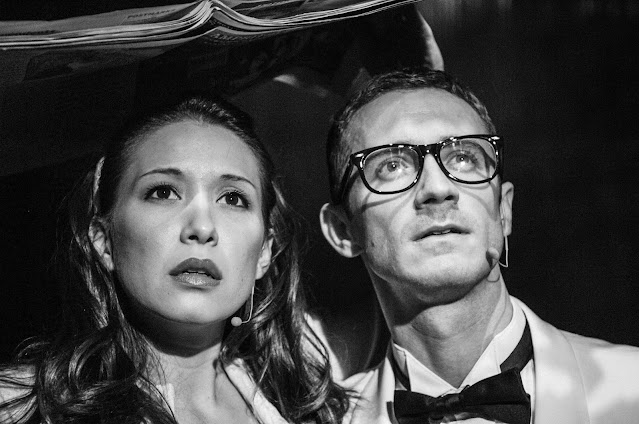 There seems to be an idea that any time a person is included in a photograph the photographer must be trying to create an image that showcases flawless skin, tight abs, perfect make-up and au courant fashion. But to my mind that's a very superficial use of the power of photographs to present messages that are more interesting than a glib cultural interpretation aimed solely as cataloging the current construct of beauty or desire.

As a reference to content over gratuitous use of technique I'd point to the work of Robert Frank in both his collection as presented in the book, "The Americans" and also in his various movies. Flattery and a compliance with the preferred aesthetics of the day (George Hurrell?) were certainly not high up on his list of essential photographic properties and yet, some 60+ years later his work is still lauded as being part of an (r)evolutionary pivot to creating photography that mixes social commentary with pure art.

In my street photography it's not a priority to make sure each "cute" person has flawless skin or a perfect BMI as much as it is to document public social practice and posturing. In the same way, most car fans love to look at stylish automobiles from the past in photographs but an image of big, dual cab pick-up trucks stopping to gas up at a roadside convenience store would be the antithesis of that aesthetic. At the same time it's much more compelling testimony about status, transportation, the down market reality of convenience stores in general, and the homogenous buying habits of a certain American demographic. While we might not be entranced by the beauty of shot like that we do understand that we're making a record of how we live now in some areas of the country and even though the beauty of this kind of consumption eludes me I certainly understand the interest in seeing how 4% of the world's population chooses to use their resources, and what constitutes a status vehicle and lifestyle among certain groups.

In 25 years a headshot of a girl with PHOTOSHOP FLAWLESS skin won't stand out from hundreds of millions of daily shots that are more or less the same but the historic record of how the average Texan lived and rolled around their state might be endlessly interesting to a new society which may have conquered their addiction to fossil fuels and reckless consumption. (And yes, I understand the irony of writing this as I just took delivery of a new, fossil fuel powered, automobile in which I am generally the only person...Sorry, we actually don't have any public transportation in the city of Westlake Hills...).

I personally like gritty and grainy black and white images and sometimes it's almost impossible to divorce the overall look of a style with the impact it may have on a subject's complexion or even overall detail. Consider the work of Daido Moriyama who is one of my favorite black and white photographers. The lack of smooth, long-toned detail and the lack of flattering technique enhances the visceral power of his work. And I like that. In a similar way I also like the black and white work of Peter Lindbergh but for different reasons. He was never afraid to let grain and contrast take equal stature with the celebrity of his subjects, and his dark (tone, not subject matter) treatment of images is inseparable from the momentum of his style over the decades in which he worked. 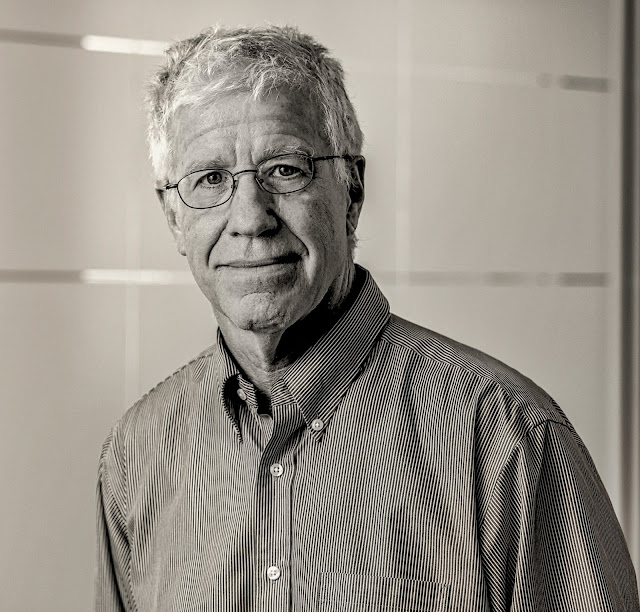 ;
Self portrait. Too much grain and sharpness for a client but just enough to make the image more interesting to my core audience. Me.