So....How well would a 46 or 47 year old, 50mm kit lens work on a more modern digital camera? How badly have we tricked ourselves about lens performance? 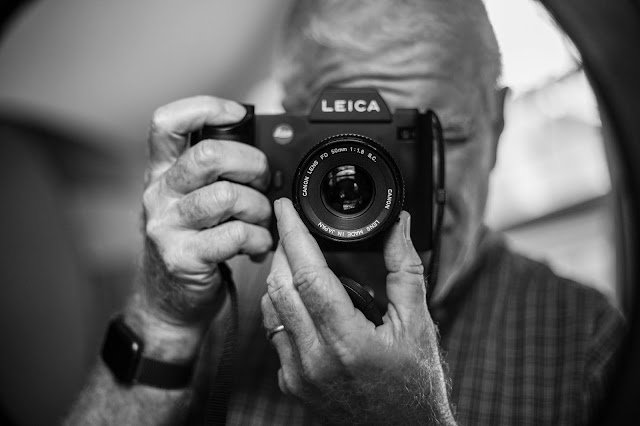 My first adult camera did not have interchangeable lenses. It was a Canonet rangefinder camera with a fixed 40mm f1.7 lens. It was (is) a great camera but after using it for my "baby-steps" initiation into photography and black and white printing I wanted to graduate to a real SLR; one that would accept different lenses. I bought a Canon TX (all manual, top shutter speed of 1/500th of a second but yes, it did have a built in light meters) SLR camera which came bundled with a 50mm f1.8 S.C. FD lens. That was the cheapest and most available lens in the Canon catalog at the time. I was thrilled, but at that point I was still a student at UT and absolutely broke. The constant choice was between buying more film and darkroom supplies or buying another lens. The film and printing paper won out every single time; for at least a couple of years. Which is probably for the best because I came to know that one lens forward and backwards and inside out.
I think lenses from that time period had certain assets that made them good performers. They were ruggedly built; event the least expensive in a line had a nice build to them. They were made in small enough quantities that perhaps more time and effort went into their assembly. And the 50mm lenses, being the entry into most systems back then probably motivated Canon, Nikon, etc. to put a really good effort into their design and production as a way to "market" buyers more deeply into the system. A user whose first experiences with a camera and lens combination is more likely to stick with "his or her" brand more tightly.
All devices in an interchangeable system are part of an entwined eco-system. A lens with magnificent resolution will only resolve to the limits of the film, processing and printing. I used a lot of Kodak Tri-X and while it is a beautiful film it's not a "high resolution" medium in the way that Pan-X or Ektar 25 were.
There would have been limitations in the film's ability to express the system's holistic sharpness. And that would have been compounded by the focusing accuracy of the camera itself. The relationship of the focusing screen to the mirror and the film plane could and did shift over time, nearly always to the detriment of focusing accuracy.
It's also important to remember that cameras and lenses in the 1970s did not have any kind of stabilization to assist with keeping the finder image stable during focusing or as compensation for any kind of user induced vibration. And, speaking of vibration the moving mirrors of these cameras was also a source of unsharpness. It's a wonder we got anything to look sharp back in the day, but then we rarely printed anywhere near as large as people do these days --- if they print at all.
I often wondered how one of these older "kit" lenses from the 1970s would work on a much newer and much superior, digital camera body. Something maybe built in Germany and possessed of 24 unfiltered megapixels. A friend passed along to me a copy of the very same lens I started this whole, crazy career with; a Canon 50mm f1.8, S.C. (which stands for "super coated" but not "super spectra coated" which was a newer and better lens multicoating). It's an original FD with the old fashioned breech mount ring which secures the lens to the camera or to an adapter. Here's a couple of documentary images of it. 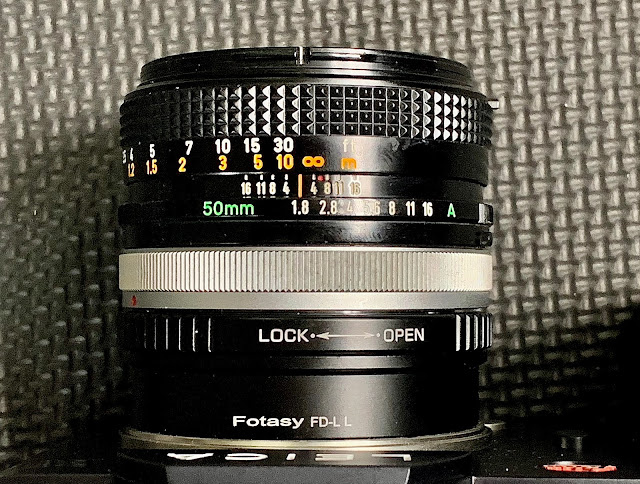 When it was certain that the lens was heading in my direction I went online a bought a suitable adapter. An FD to Leica L Fotasy brand adapter. It cost all of $18. And it works well. At least I'm pretty sure it does, the lens has yet to fall off and it seems sharp side to side.... 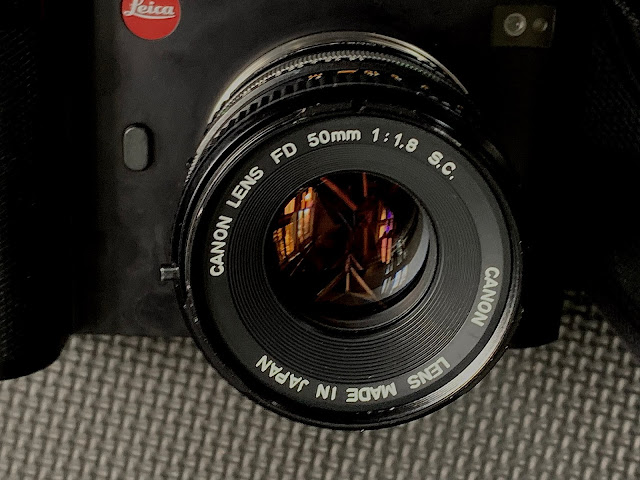 The lens is exactly as I remember it. Smaller but no lighter than current lenses but unlike the new stuff it has increased functionality by dint of having a really good focusing ring with bright and clear distance markings as well as a full depth of field scale which, when your brain is calibrated to it, helps to no end with zone focusing. I was surprised when I mounted the lens and adapter to a Leica SL just how "right sized" the lens and adapter were for the camera. Almost as if they were made for each other. Which I find ironic since the camera originally retailed for over $7,000 while the lens, in very good condition, is currently offered online in various used sites at about $60. Is it a horrendous mismatch or have we been fooling ourselves about the galloping evolution of lens quality through the digital age?
I had time yesterday so I put the package together, left all the distractions such as my phone and my usual pocket full of batteries and extra memory cards, and set out for a nice walk and an exercise of a lens that's worked hard for at least four and a half decades.
The first thing I noticed was that the focusing ring was a tiny bit too smooth; not damped enough. But after ten minutes or so of use the feel or non-feel receded and didn't interfere with the focusing operation. Being attuned to the idea that many of our perceptions of lens sharpness in products from the old film days are leveraged on how we used them back then I was determined to give the lens a chance by using the "punch in" feature of the Leica SL to focus at an enormous magnification instead of depending on focus peaking or my ancient and increasingly unreliable vision. I will tell you right now that what we think is sharp when we look at an image without magnification is rarely even close!
Next I'll share a small sample of the images I took during my first two hours with the lens and I'll put in captions where I think they would be of interest. At the end I'll conclude with my own observations and a few ideas of just how badly we've swindled ourselves over time. 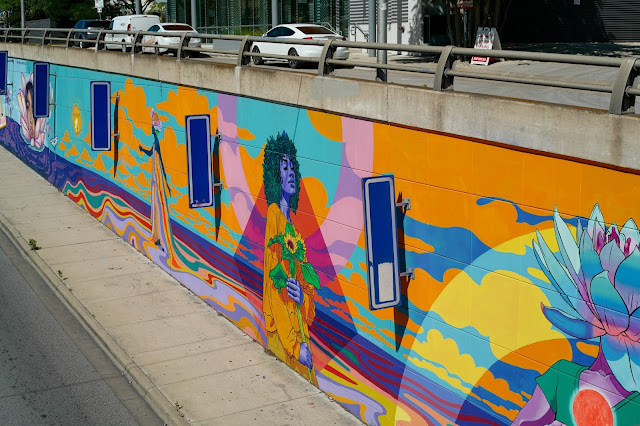 this was shot at ISO 50 and with the lens at f5.6. That, or f8 are probably the
best performing apertures but that's no different really than most modern lenses. 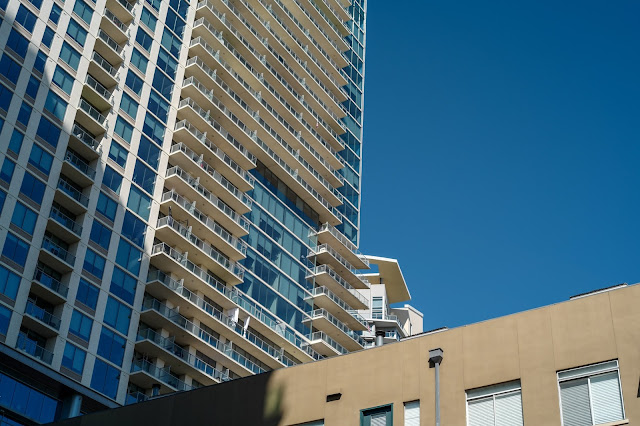 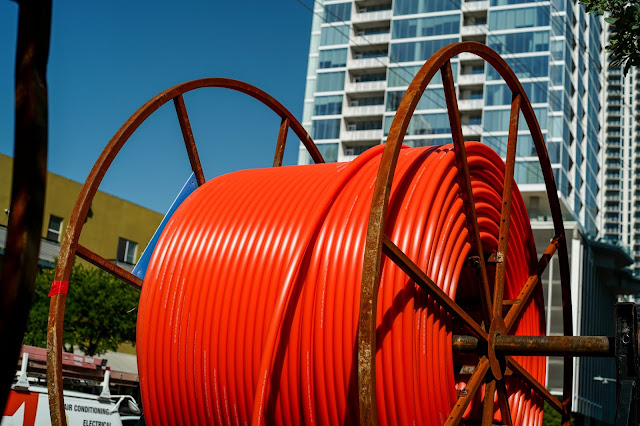 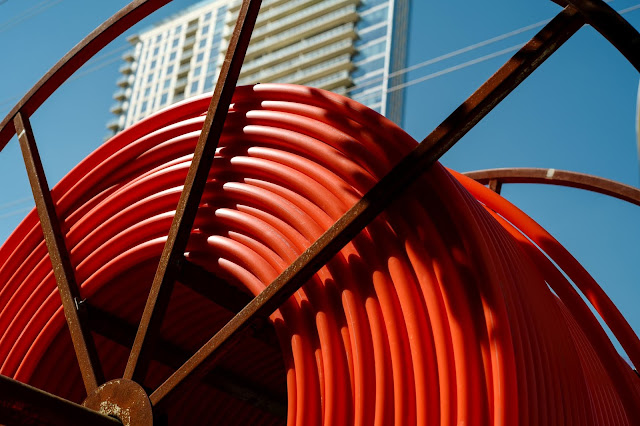 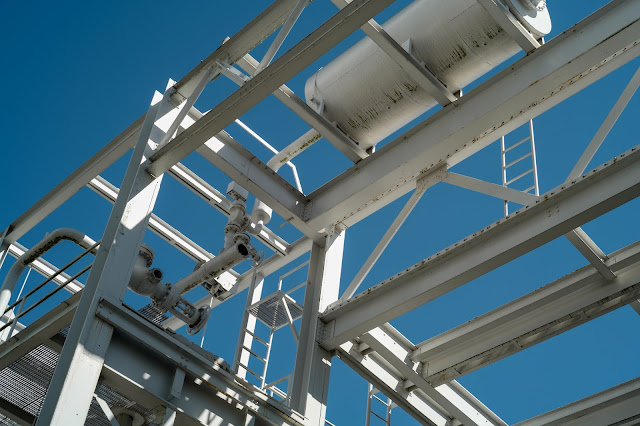 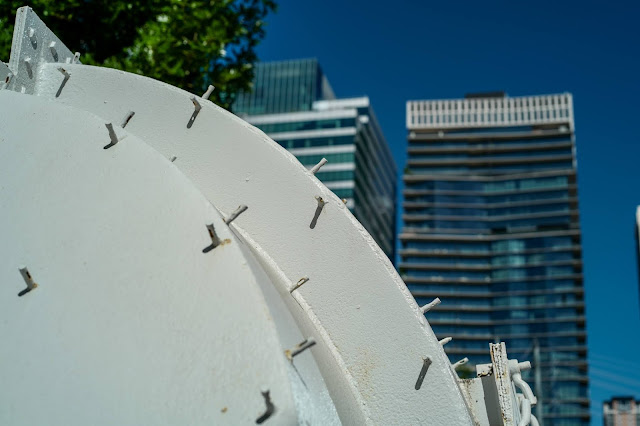 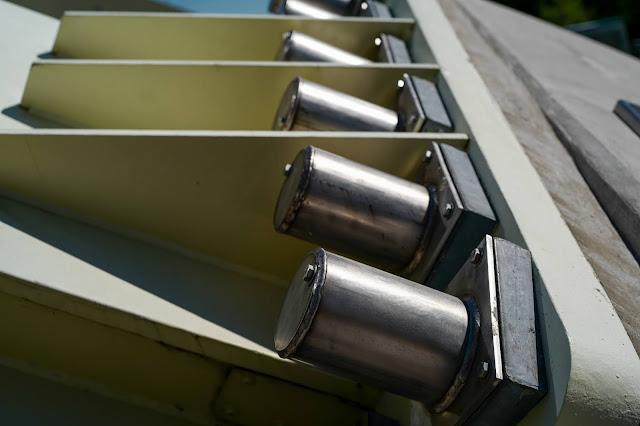 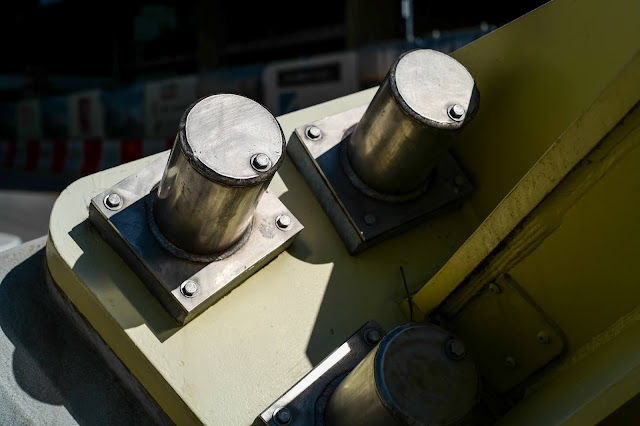 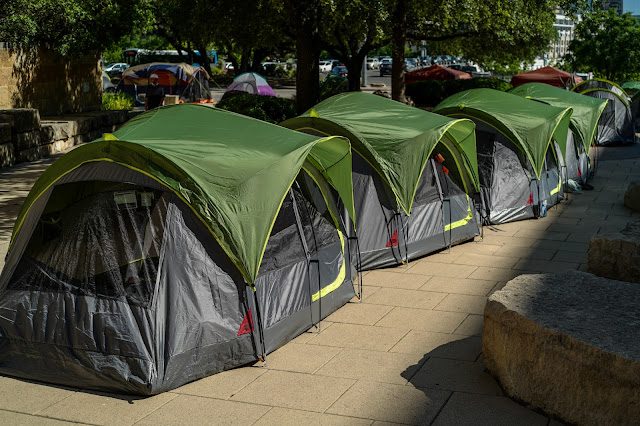 austin has just re-institured a camping ban for downtown areas and other areas across the city.
In protest a group of homeless people have surrounded the city council building with tents and are doing a camping incursion right up till the day (May 11?) that the ban will be enforced.
Look at the perfect colors of the tents and the surroundings. Also at f5.6. 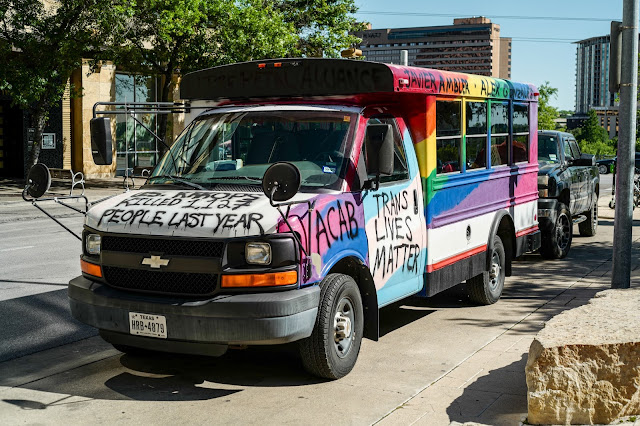 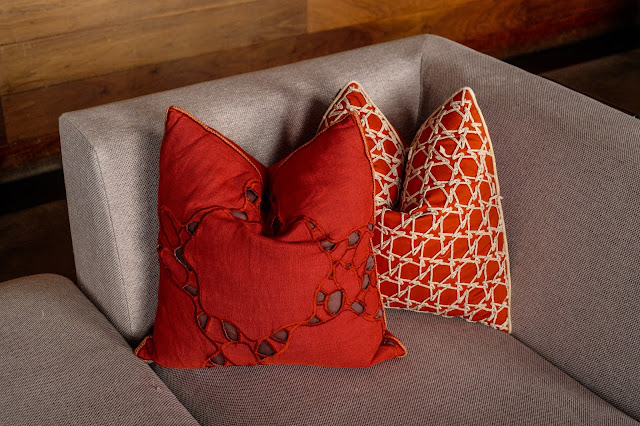 this photograph stunned me when I looked at it on the screen during post processing.
It was done indoors at the W Hotel and when I blow it up (which you can do as well by clicking on it) I can see sharp fabric from side to side and from both bottom corners. This was not accomplished by software in the camera since the lens doesn't communicate with the camera! You will also notice the almost complete absence of vignetting, dark corners, etc. which have not been corrected in post at all. When I blow this up to 100% it's possible to cleanly and clearly see all the fine weave of the fabric.
It was shot handheld at ISO 3200. The lens is at least equal to the 24 megapixel sensor. IMHO. 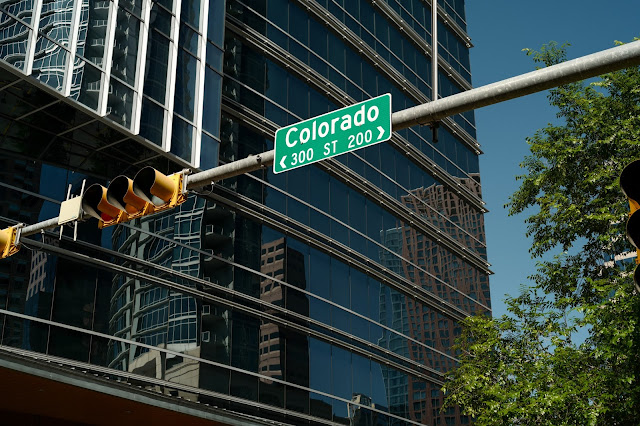 Absolutely straight out of camera. 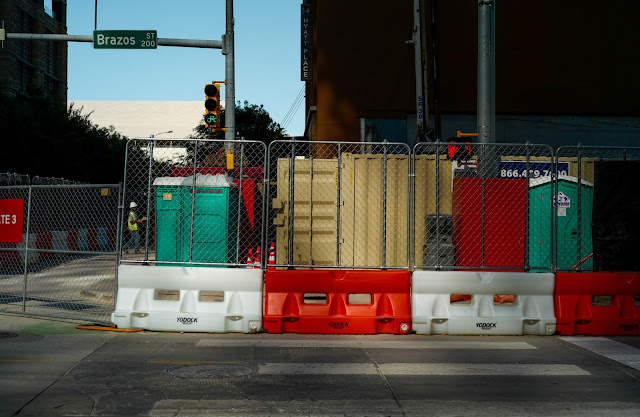 Industrial landscape in which the lens doesn't over saturate or make brittle contrast.
It's a very "rich" file. The way I think most people like photographs to look. 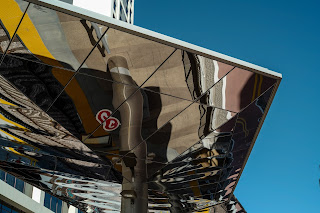 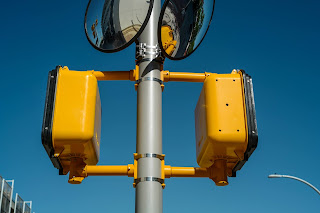 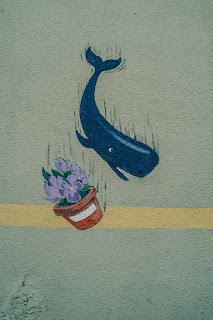 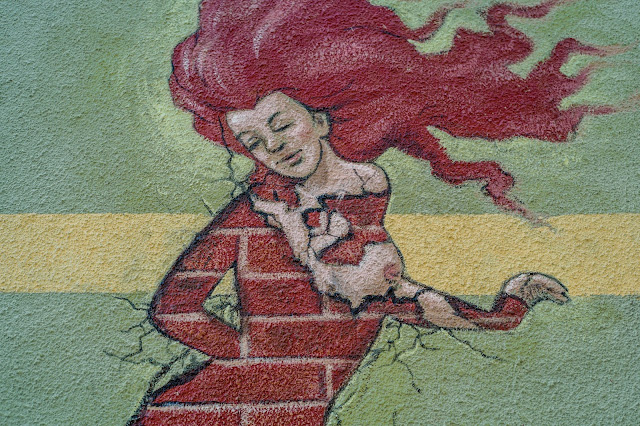 Again. Sharpness easily out to the corner of the frame.
An evenness of performance across the frame.
The fine texture of the wall is obvious and sharp. 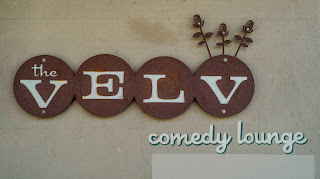 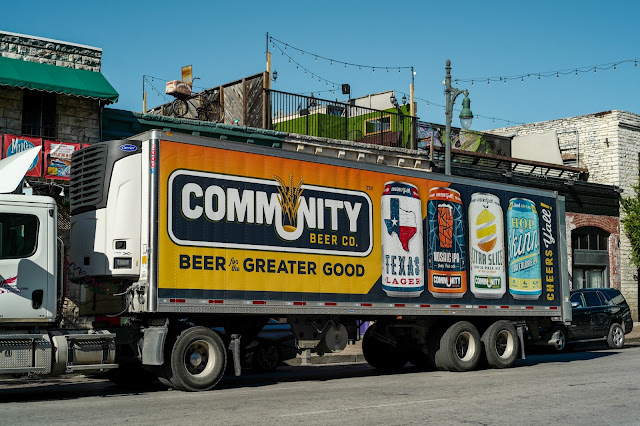 The dynamic range of the system and the richness of the colors in the file are, to me,
obvious and very pleasing. 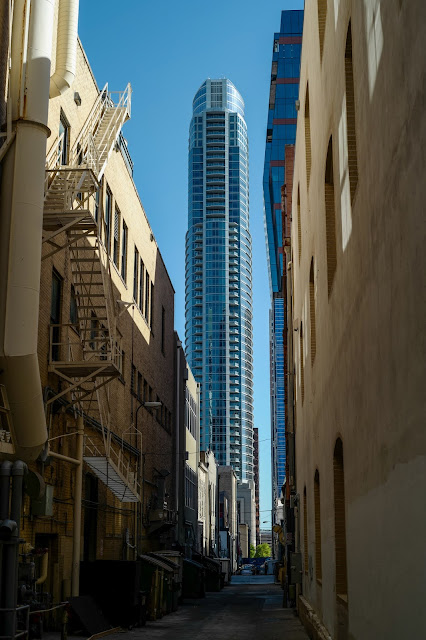 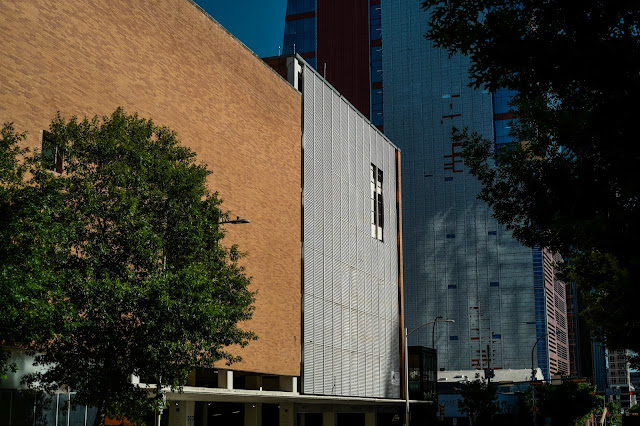 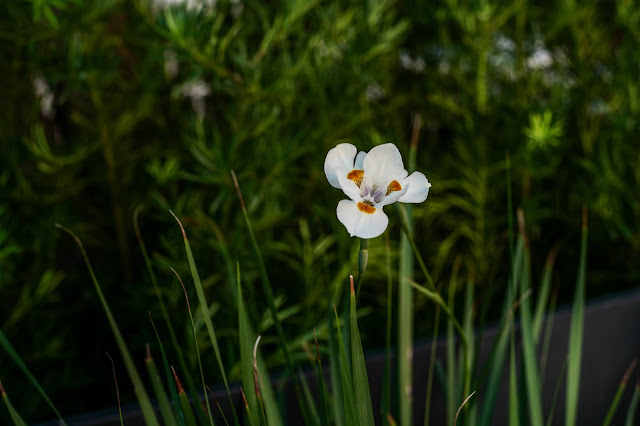 The lens is not a close focusing champ but I love the hokey-bokeh of the image.
And  the purity of the white petals.
What is obvious to me is that Canon et al knew how to make good, sharp, pleasing and inexpensive 50mm lenses as far back as the 1970s, at least. In a number of ways having to make a lens that CAN'T be fixed in post processing is a good way to push designers to make a better lens.
We talk about color science mostly as it relates to the built in prejudices of the sensor but I think we ignore the influences of lens color science on both the integrity and overall tonality of images.
When I look at the images I was able to get on a casual walk yesterday I am astounded at how good that 50mm f1.8 "kit" lens really is. It's performance was perhaps veiled by the short comings of the rest of the systems at the time but put it on a modern, high res, camera body and it is a really fine performer.
I've been chasing too much "holy grail" when it comes to lenses and this was a slap in the face, an eye opener, a lesson in the addiction of desire. To come full circle to a lens used at the beginning of my career only to find that, of course, it was never about the gear. The gear was already as good as I needed it to be. But I guess I needed to take the whole journey to end up appreciating what I had at the inception.
Oh dear....I hope I haven't started another run on FD lenses! But, man, they were good.
Lens makers seem to have learned how to cram buttons on the sides of new lenses, how to make the new lenses both cheaper to produce and more expensive to buy. But I'll be searching the catalogs for the old stuff for a while. Now, on to find the 85mm f1.8 FD that I cut more portrait teeth on.....
Posted by Kirk Tuck, Photographer/Writer at 12:13 20 comments: