It's Saturday morning and I spent it in the best ways I know how. 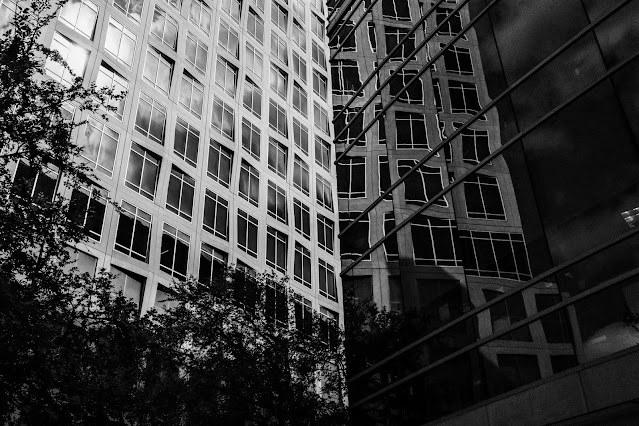 There is something really glorious about swimming in a driving rain, propelled in bursts with gusts of cool wind.  When I got up this morning it was already raining. More of a soft and continuous rain than a downpour. I was the first one up in the house so I made myself a cup of coffee and dropped a blueberry toaster waffle into the toaster so I could arrive at the pool awake and with something in my belly. Science says that eating something, anything, when you first wake up makes your blood platelets much less "sticky", less prone to the formation of clots and other nasty things. If you think you're going to swim or run hard enough to make blood stickiness a potential issue be sure grab an apple, a piece of cheese or....a blueberry toaster waffle before you hit head out the door for exercise.

I've been feeling anxious lately. It's random and generalized but I hate swimming with a sense of anxiety hanging over me because I tend to breath less well and my muscles lose a certain amount of flexibility and fluidity. It all makes swimming less enjoyable. With that in mind I got to the pool about ten minutes early so I could site under a covered patio space and quietly work on my breathing and my own self-talk. It was helpful.

When I headed for the pool deck to start the 8 a.m. workout I was much calmer and, coincidentally, the rain progressed from a gentle sprinkle to a harder downpour. Our coach on deck didn't miss a beat and popped her big umbrella open. She'd put a long warmup on the board and encouraged us to stop chatting and get going. I already had my Speedo Lycra swim cap on and I swirled some pool water through my goggles and put them on as well. The last thing I did before hopping into the water was to scroll through the apps on my Apple Watch and select the workout app for swimming. I hit "start" and then hopped in the water and started in on the warmup. Lots of medium paced distance...

I was sharing a lane with two good friends. Both are women who are about ten years younger than me. Both were competitive swimmers in college and one is a bit faster than me while the other is a bit slower than me (she's just coming back to the pool after taking time off during the pandemic...she'll speed past me in a few weeks). We swam circles and I took the middle position. We've done this together for over twenty years so we were synchronized in our positioning like a mechanical, Swiss watch. One person leads the set and the other people in the lane follow at five second intervals. Up on the right, back on the right.  Theoretically, you could have about six people circling in a lane efficiently and we'll put that to the test in about a week and a half as pool times get cut for masters program to compensate for the kid's summer league schedules. From the 1st to the 18th of June all three of the daily masters practices will be folded into one, one hour practice per day. It will be crowded. It will also move to an earlier time slot.

We got in about 3,000 yards this morning because the workout was composed of a series of shorter distances. Sprinting is good for fitness but less conducive to racking up yardage. But that's okay. Sometimes it's good to work on speed and stroke technique. During the 3,000 yards I think the people in my lane spoke about 10 words total to each other. We've swum so many sets over the years that we just look at the board and get the idea quickly. "Follow the leader" takes care of any other questions.

I think it's funny, psychologically, that we are swimming for an hour in the pool, in the driving rain, and yet we are loathe to get out of the pool into the rain and make the 100 yard trek from the deck to the locker rooms....because it's raining and we might get wet. Just makes no sense at all.

According to my Apple Watch my oxygen uptake was about 37.5 which is very acceptable. My minimum pulse rate in the pool was 72 and the max was lower than earlier in the week. I'd hit as high as 164 on Tuesday (hard middle distance repeats) but kept under 148 (max) today. I was more relaxed today. That's a good thing.

After a shower with some chlorine neutralizing body wash I headed over to Trianon Coffee for a Saturday post-workout, guilty pleasure. A big cup of Kenya, single source coffee and a large, apple danish pastry. I didn't worry about instantly becoming tragically obese since my Watch informed me that I expended around 560 calories by 9:00 a.m. this morning. I brought the goodies home and enjoyed them on the back porch. I watched the rain pound against the new, large skylights, sat at a brand new, eucalyptus wood dining table in a brand new bistro chair. The rain softened a bit but the cool temperatures and the effect of the moisture in the air were calming and refreshing at the same time. I love the back of our property since the trees are so thick and the distance to our neighbors so far that we can't see the other houses from the patio.

I brought my laptop out to the porch so I could catch up on the news while I enjoyed breakfast and I have to say that the news is never good these days. I switched it off after glancing at the headlines. Since no small part of my income derives from dividends and other types of investments I did peek at the news about the U.S. markets over the last week. That part is usually the happy section of the news.

After breakfast I looked at some details from the swim practice this morning. The Apple Watch fitness app is pretty great for swimmers because it can give you splits, either by 100s, 50s or 25s, and you can get a great amount of information about your relative speed for sections of the workout. Comparing previous workout split times my freestyle has improved a bit while my breaststroke today just sucked. Some days are like that.

It's supposed to rain all day today which means I'll be doing my afternoon walk with a raincoat. I'll also be using electrical tape to "waterproof" where the lens adapter for the Canon 50mm lens meets the SL camera body and also where the adapter meets the lens. Those are the only two points on the system where I worry about moisture intrusion, otherwise I'll take Leica at face value that their camera is well gasketed and accept that any fatal damage to the old, used lens, is the price I pay for exposing gear to the elements.

I'm diffident about sharing anything from the walk I intend to take this afternoon after last week's blogging irritations. But I probably will put some stuff up just for my own continuity's sake. I like to keep putting up images as kind of an ongoing personal journal of my interests as they change back and forth. Not every image is meant to please or wow an external audience.

I touched on encroaching passivity in something I wrote recently and I've been reading more and more about people's tendency to disengage, physically, from active, outdoor life as they age. There is no good science that says we have to slow down or begin to disregard robust activity....it's only a combination of fears and momentary bouts of discomfort that conspire to continuously tighten and diminish the amount and types of activities we undertake.

You can count me as a proponent of the belief that you owe it to yourself to fight self-inflicted entropy. The camera is NOT too heavy. A few miles is NOT too far. Unless you live in a war zone no one is waiting to konk you over the head in order to steal your camera and/or your wallet. And, let's be frank with each other; if someone did actually rob you of your camera you and I know that most readers here could replace the stolen item within an hour at a favorite camera store and not have to resort to eating dog food for months in order to afford a replacement. A camera you are afraid to take out and use is worthless. A camera stolen at knifepoint is, at least, the beginning of a great story to tell.

The worst thing that ever happens to me when I go for long walks with an expensive camera, in the rain, is that my shoes and soaks eventually get wet. I'm pretty confident that I can easily outrun most street criminals and the ones I can't outrun can have whatever I have on me at the moment. If you are wise and only carry one camera and one lens with you at a time you don't have that much to lose.

One more thing I'm thinking about today is 50mm lenses. I have a drawer full. Sometimes I think I should sort through them and get rid of everything except the "best" one. But the reality is that there is no "best" one. The Panasonic 50mm f1.4 S-Pro is the sharpest of the batch all the way from wide open to its tiniest aperture. But it's big and heavy and very, very clinical. At the opposite end of the performance spectrum is the old Canon 50mm f1.8 FD lens I recently bought and adapted to the L mount. It's soft and flare-y when used wide open but it has a certain snappy, but lower res charm at the middle apertures. And its color rendering is different and pleasing when compared to other 50mm lenses I own. Which to use? Well what do you want the lens to do for you?

Today is a soft, gray day and the rain and fog diminishes the ability the Panasonic lens to really show it's stuff. On the other hand it's the perfect day for the crispy but lower resolution tonality of the old Canon and it will be intriguing to see just how different the color rendering is under these conditions.

But regardless of lens choice the camera of the moment is the Leica SL. It's a delightful camera for me. I like its metaphoric rough edges and I like it's actual, smooth design. The heft takes me back to my first, real, professional, 35mm cameras like the Nikon F2, the Canon F1 and the Contax RTSIII. It clicks a button in my mind that says, "This is how a camera should feel." It's not logical. It's not technically necessary to have overbuilt cameras anymore. It's not economical. But emotionally it's just right.

Go out and push some limits. Make some images that push you out of that middle class propensity to avoid any conflict or controversy. Stop acting like it's 1980 and everything needs to be proper and polite. Times change. We change with them or we cease to be relevant at all. That's a nasty fate.

Let's get on with our Saturday.