A Portrait of Danny Young, AKA: the Mayor of South Austin. 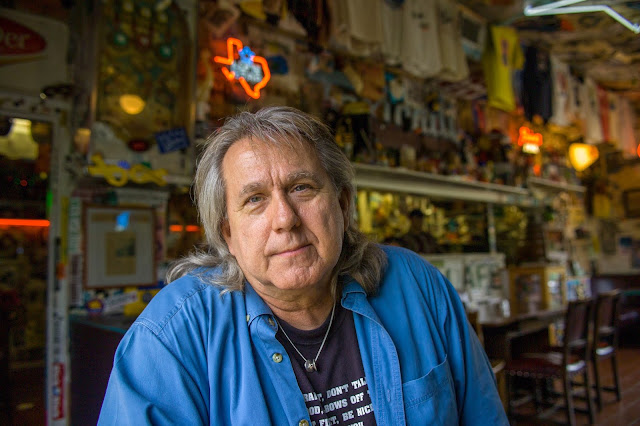 I met Danny Young when I was working on a project called, "Keeping Austin Weird" back in 2006. He was the owner of the Texicalli Grill in South Austin and was a well loved local. He passed away in 2008 but I still remember his kindness and patience. When I came to photograph him I had just purchased a new digital camera and was a bit "unsteady" about the menus and controls. To be frank, I was fumbling. He made me feel about half as dumb as I must have looked in the moment. It's always been one of my favorite portraits. 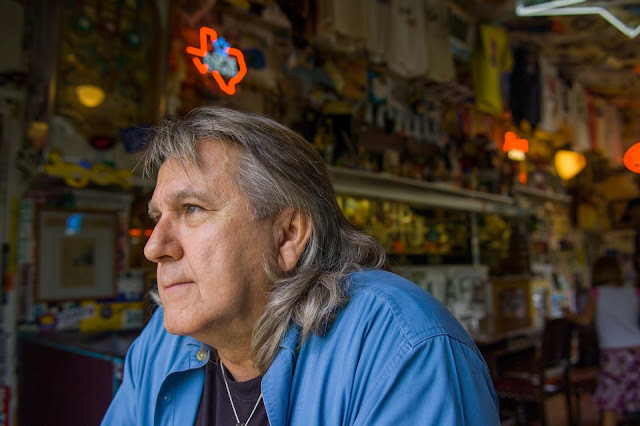 It's not a contest. You don't have to have a favorite... 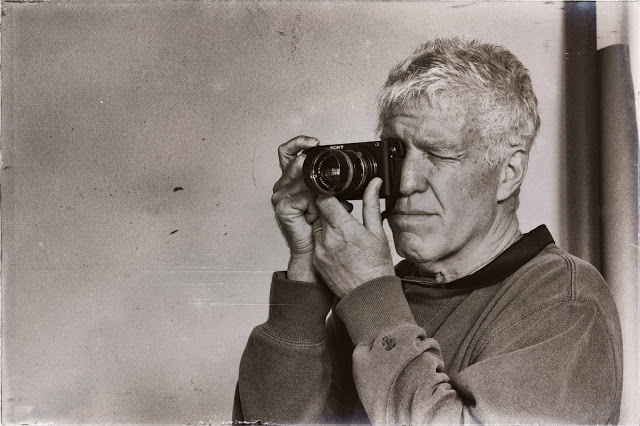 It's embarrassing and somewhat painful to admit but my career in photography led me to experience a recurring type of nightmare or "bad" dream. It's the same kind of bad dream I used to have post college. In my post college dreams I would see myself waking up late on the day of the organic chemistry final exam. In my dream this precipitated great fear of failing and subsequently being forced to leave college. In my dreams I would run barefooted across campus wearing only white underwear and I'd arrive at the class with only fifteen minutes left in which to complete an hour long exam. I would also discover that I had neither a pencil or a slide rule with me and at that point I'd generally wake up in a bit of a panic.

Lately, my nightmares have centered around my job as a photographer. In one dream I would be trying desperately to get to the final session of a big, corporate presentation. One obstacle after another would be thrown into my path. The taxi I'd tried for hours to hail would run out of gas. I'd show up at the wrong building, and finally, with the session just about to wrap up I'd make it to the venue only to discover that I didn't have a camera or even any film.

I understand pretty well the "college" nightmare as I often felt a bit guilty about not studying enough or not making a 4.0 GPA each semester. It was all about fear of failure. And I guess the subsequent nightmares are about the same underlying issues.

When the nightmares are not about corporate photography failures they are about letting down individual friends and clients. I often have a dream in which I've been asked to photograph a wedding for a friend. It's always the bride who is requesting my help. I always agree. But the church where the wedding is to be held is far away, it's in a rural setting, and getting there becomes more and more difficult as the time for the wedding approaches. In most of the dreams I am dressed only in shorts and a t-shirt and have no shoes. Invariably the dream continues with me arriving and then searching through donated clothing in charity boxes in the church basement where I find some oversized and mismatched clothes that are worn and ugly. When I finally make it to the wedding I've lost my camera and have to find someone among the guests who has a camera; any camera. I find someone who let's me use their point and shoot camera. There are twenty two frames of film left on the roll. It's a disaster.

Last night I had a long dream that was a miss-mash of these sorts of dreams. I wasn't undressed or half dressed but I was trying to photograph another wedding. I had made some images in the morning but somehow found myself across town from the next phase of the wedding and desperately looking through a giant version of my house trying to find a camera and a lens that I could work with. I found an ancient Mamiya Sekor lens but it didn't fit any camera. Every where I looked there might be small bits and pieces of camera gear but nothing that could be used to take photographs. It was then I also realized that I needed to change shirts. I don't know why but in the dream this seemed important.

I looked in closet after closet but all my shirts and clothes had been moved and I couldn't find anything. Time was pressing in and my inability to find either a shirt or a camera made me more and more agitated. I knew the bride and her mother would be devastated if they couldn't get photographs. But no matter how hard I tried everything was out of reach. Then, in the dream, it was twilight and the event was over and I arrived only to have to apologize and suffer through their anger and sadness. The dream/nightmare was quite vivid and I woke up from the dream at 4 a.m. last night anxious and unsettled.

Of course, an armchair, amateur psychologist will have no trouble making the connection between the fear of failure and the existential financial fears in all of the "work" dreams. For so many years in my career we lived on tight budgets and a non-payment by a client for a long and involved job would mean lots of scrambling and belt-tightening. We only get paid for the jobs we successfully complete.

Perhaps I lacked the temperament to be a freelance business owner all along,. When presented with difficult situations my mind often (usually) goes to the worst case scenario. But now, at this point in my life, I have more financial stability and the kinds of jobs (weddings) that pop up in my dreams were never the kinds of work I pursued.

While I am no expert I think most humans are mentally wired to look for trouble in order to prepare for it. It's probably a remnant of survival instincts from tougher eras. But the intrusion on everyday life of random impediments is still uncomfortable. Will always be uncomfortable.

I can't presume that we all share these fears, and the manifestations of negative effects caused by uncontrollable situations but it's something I have experienced for decades. Not so often as to diminish my joy in life but often enough to be unsettling and to make me question why I've taken the paths in life that I have. You may be far luckier and have a more optimistic bent. I envy you.

Being a business owner is hard enough but being in the business of selling an art or a craft is harder still. It requires so much commitment in order to do it honestly. I can only imagine that most other people understood the pitfalls of this kind of work better than I did or would and were clever or self-preserving enough to choose more stable careers; careers less fraught with little catastrophes that are often outside our control.

I often wonder if my obsession to keep myself surrounded by cameras is an extension of my unconscious fears of being without one when it's important to have one. I wonder if my fears of missing the important moments of a job drive my compulsion to always arrive laughably early for just about everything.

I'm always the guys who, when an airline says, "Arrive two hours before your scheduled flight" arrives three hours before --- just to be sure. It drives my wife nuts. I rarely have to grapple with missing a flight. But that behavior follows through my everyday life. I have a dentist appointment this afternoon. The dentist's office is about 20 minutes away by car. But Austin traffic is unpredictable and it's a rainy day. I'll leave early. Too early. But I'd rather sit in my car in the dentist's parking lot and read a book for half an hour than be five minutes late...

Most of my fears center around a loss of control. I am unable to control life's hiccups. I can't prevent traffic accidents that snarl traffic just when I am trying to get somewhere. I can't control weather. I can't control for other people's incompetence. I can only pre-compensate for all the clutter life throws into the paths of those who just want to get the job done. But there is a line between rational precaution and reactive fear and there are times when I find myself on the wrong side of the line. It's an interesting realization.

Many people think that the critical parts of being a freelance photographer are to become technically proficient or to have "a style." These things help, sure. But I think the most critical component is the ability to handle the fear of the uncontrollable situation. That's something that we don't teach in workshops and it's something you can't buy and but into your camera bag. I'd conjecture that the truly successful in this business are the fearless but I know it's not true. I think the successes are the people who were constantly in a dance with fear but managed to overcome it and go forward.

I know this kind of post is a not what most signed up for but it felt important to me to write about this today. Funny, I am at a point where I don't need the work but I still can't turn off the trepidation of the unknown.

A very, very smart friend who is a practicing psychiatrist once told me that anxiety was caused by three interrelated things: Those are: Ambiguity, Loneliness and Indecision. Sadly, she forgot to tell me the cure.