It's Saturday and we're off to a good start. Now I have to pick a camera for today's walk. Daunting. 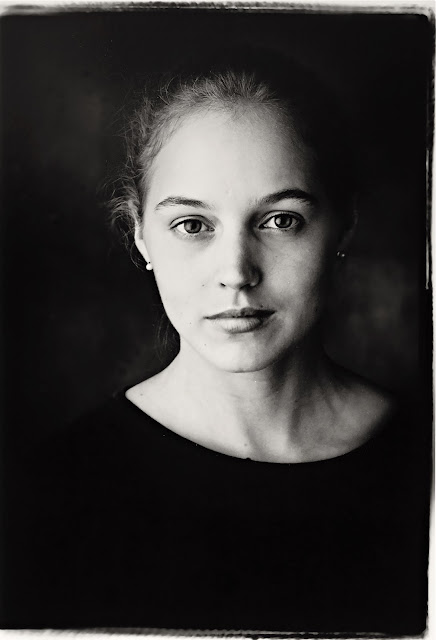 Lou. film days.
I woke up early and alert today. Don't know why but everything just felt as though the stars were lining up to provide a great day. Probably a great week as well. I made a cup of coffee, drank it, rinsed the cup and then headed out the door for swim practice. There was a person in the lane I usually swim in that seemed....problematic. That's probably not a good word but after years of swimming you learn who has the same approach as you to the process of working out. Everyone wants to get good, strong yardage in but you also need to have fun at workout and feel that you are among people who are happy and sociable, in your lane.

I'd swum in a lane with this person before and found her to be cold, distant, almost hostile, and as if she was marching to her own drummer even though we should all be following the workout the coach puts up on the white board for us. The kind of person who, without lane consensus, sets her own interval and more or less expects that everyone will follow along with her, without discussion. The sort of person who likes to lead the lane even if half the people swimming with her could lap her on a 300.

Not wanting to butt heads or even feel the friction of a misaligned lane this morning I chose a faster, happier lane and asked the two young, speedy women already in the new lane if they would mind me joining them. They said, "Come on in. This is the happy lane."

Both my lane mates were former university swimmers and both are 20 years younger than me so I really had to hustle for the next hour to make the intervals on which they are used to swimming. But the entire experience, while tiring, was delightful. New strategy: When life disrupts your routine don't be afraid to make changes. Don't hang out where you won't be happy.

I'm more of a sprinter than a distance swimming but my lane mates set the pace and helped push me through a couple 400 yard swims in the main set, and I was amazed that I got through the distance swims without slowing my lane mates down. My biggest fear was that they would lap me on some of the longer distances but it never happened. I actually felt faster by the end. It was a nice, literal, change of pace.

Today's body and lens. I don't have anything specific in mind for my photography walk today but I'm leaning toward taking the Leica SL2 and one of the 50mm lenses. For some reason when I walked into the office this morning my mind formed a picture of the old Nikkor 50mm f1.4 S. Lens. Every time I've shot with it there's been something on the (digital) roll that I've liked. And the camera and lens are a nice match for each other. The Leica elevates the Nikkor's game while the Nikkor adds a touch of the whimsical to the Leica's seriousness.

For the last couple of days I've been trying to right size the ever growing gear inventory. It would probably be easier on my brain if I just decided to retire from the commercial work. I still fantasize about just getting rid of every camera and lens except for a single, more or less universal camera body, three well chosen and lovable lenses, and a couple of lights with light stands. Oh, and one tripod (who really needs ten?). A clean sweep of the studio and office. But I still have the fear of not having this or that specialty piece of gear that's "just right" for a specific kind of job....that I might....still end up doing at some nebulous point in the future.

I've always worked with the presumption that any commercial photographer MUST have backup gear to handle any reasonable contingency but if I push away from assignment work and just do the kinds of photographs that I want to I'm starting to think that owning one camera instead of six or eight might be more...comfortable. Less unused mechanical potential hanging over my head all the time.

Besides, without a fortune sunk in inventory, when the one camera unexpectedly dies, I can well afford to have a brand new one Fedex'ed in the next day. Without external deadlines a day's delay becomes a bit meaningless; in the grand scheme of things.

I'm guessing I'll try to do this in steps. Get rid of the non-Leica stuff first. Donate all but two of the lights. Start downsizing the lens collection with the idea of ending up with a single Leica standard zoom and maybe a small and lightweight, street shooting 50mm. Perhaps an M series 50 Summicron with an adapter.

When the Covid numbers started dropping a couple months ago and the pandemic seemed to be easing up around here I mused that we might soon be back at work the way we had always been, and that I might spend a few more years banging away at assigned work for clients. Now that the Delta variant is blowing up exponentially, and masks (and fear) are returning,  I'm not so sure about the trajectory anymore.

I thought the Theatre might re-open by late November; just in time for some great Christmas plays, but that doesn't look like it's going to happen this year either. Clients are pulling back on plans to have everyone stop working from home and come back into the offices. And I'm pretty much convinced that we'll have to have a number of contentious political battles if we're to finally push through a vaccine passport here in the USA that would work in EU countries to allow vaccinated people to travel more easily, offshore, OCONUS. The crazy people want it both ways. They want to have all the freedom to travel and go to restaurants but without any of the responsibility to their fellow citizens to protect themselves and every one around them. And for people over 60 or 65, caught in the middle, it's especially sad because they have a more limited time horizon for fun travel and freedom of movement.

If we can't go anywhere and work logistics revert to being burdensome again why would one need a full complement of photo equipment? Why even a single use camera? Why continue working if the situation drains all the fun out of it?

It feels like the world is going forward and backwards at the same time. But I guess it's always been this way. In the past I was just so busy I guess I didn't notice it.

In an hour or so I'll be out with a nice camera in my hands and fewer disrupting thoughts. And that's why a good, long walk is important.