Life is short. Buy whatever camera you want and stop waffling. 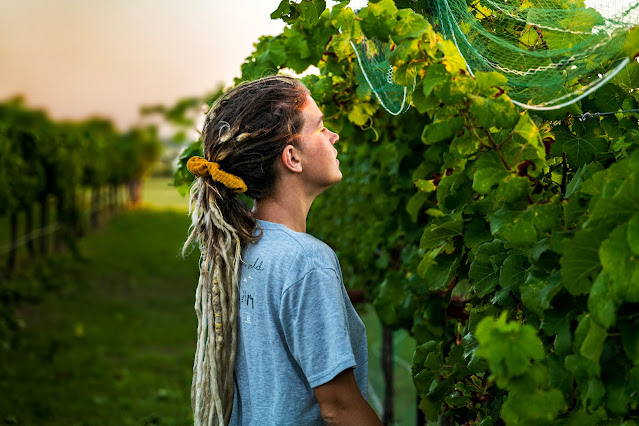 You either want a camera or you don't. If you have a camera and want a different camera then buy that one. If you absolutely can't afford to buy a camera then don't. Nobody is putting a gun to your head.  But there is something churlish and lame about wanting a camera, being able to afford a camera, and complaining endlessly that they actually cost money.
For years I had to balance budgets around the studio and the house. There were a lot of cameras I passed on even though I wanted them and could maybe make the case that I needed a particular one that I didn't have. But, if the college fund wasn't funded, the mortgage not paid and the overhead not met the results might have been, personally, very, very bad. So, logically, the camera was admired but not purchased.
But most of us, especially readers of obscure, opinionated photography blogs, who have time to sip coffee inside lovely homes, and follow along with those of us writing for a dying medium, are generally not pressed to rush into work and slave away for eight hours, five times a week just to make ends meet. We may not be rich or ultra rich but most of us certainly have taken advantage of compound interest during our lives, and years of penny-pinching, to be able to afford any number of small luxuries as we want them.
Cameras are wonderful objects that can do great things. They can make stunning images if handled well. They can motivate otherwise sedentary senior citizens to get up off their flattening bottoms and get outside to walk or amble or otherwise move around, getting exercise while savoring visual stimuli. Which is a very healthy thing. They can even assist one in making art. Which is a lofty and self-rewarding undertaking.
I'm generally and genuinely shocked that people can have a high, profound, intense interest in cameras/photography and yet feel that the expense of several thousand dollars for a good camera and lens is painfully, and almost impossibly, expensive and would require much thought, research, and diplomacy with loved ones in order to acquire. These same people go out to eat at nice restaurants, buy cars that cost thirty, forty, fifty, sixty thousand dollars and more. They can justify extra watches and costly vacations to doubtful places (hello? Gone on a cruise lately?). In fact, even the ugly couches in their living rooms are a stretch beyond the cost of a typical camera body. They relentlessly chime in about their collections of "exquisite" handguns or shotguns, each of which would cover the cost of a good camera. They indulge their indulgent spouses in their various "must have" expenditures and yet they have to equivocate over a periodic purchase of a tool which empowers a hobby that they profess to love so much?
So many lines written about G.A.S. or gear addiction. But what the hell? You'll only get older and older. Wait too long and you won't be able to even hold and lift that camera and lens you pined for over the years. You'll end up sitting in a room somewhere remembering all the things you never experienced, you never tried, you never played with. And all that extra money will pass on to someone else. Now that's something to really regret.
There is a trend in financial books right now that explains how to die with zero $$$. Not to live poorly and end up broke but to be able to enjoy the money you worked so hard to accrue and grow. Most Americans haven't give much thought to saving for the future but a good proportion of them, which intersects on a Venn diagram with photography as a hobby, have, or have recently exited, profitable careers and have socked away enough to live well on for decades into the future. Wouldn't that future be a bit brighter if you were actively having fun with the money? Don't cameras sound pretty fun? Is it wrong to have the one you want now, even if it's different than the one you wanted a year or two ago?
And finally, think of all those younger, much poorer budding photographers who are working hard in a market that's gotten much more difficult. When you buy new cameras and trade the old ones in the young folks get to buy a well taken care of, recent model camera for less than the new price. In fact, you may actually be enabling the next Richard Avedon or (God Forbid) Alec Soth. Just a thought.
Posted by Kirk Tuck, Photographer/Writer at 17:51 16 comments:

I have found an annoying weakness with the Apple Watch 6.

Mostly, in my experience, the Apple Watch 6 is a solid win. It does a lot of stuff really well and actually makes work life more efficient. If only it were perfect. But, alas, I have found such a glaring shortcoming that (sarcasm alert) it's a real deal killer. A stumbling block of enormous proportions. A hard stop.

You can use an Apple Watch 6 in the swimming pool to record your workout. It will keep track of distance in yards or meters, it will give you times for your splits, it will even keep track of how many yards of each stroke you complete, and how many laps. All the while it will monitor your pulse rate and, at the end, via the "Health" app on your phone, it will show you a representation of your minimum and maximum heart rates as a graph. You can even drill down for a bit more cardiac information such as the consistency of your heart beat.

But for all the magic the watch delivers it falls horribly flat in one aspect. Something so vital I can't believe it passed by all of Apple's near perfect engineers, and their quality control. And it's such an obvious fault too!

Here's the issue: the watch can measure audio levels and will warn you if the ambient sound levels at your position exceed a certain amount. The watch, in an attempt to preserve your good hearing uses the haptics to "tap" you on your wrist while displaying a screen warning that sound levels at a certain decibel and above can permanently damage one's hearing. So far so good, right? You'd want to be warned of physical danger that you could prevent or escape from. Right?

So having a sound pressure level meter with touch and visual warnings seems like a nice touch...except when it's not.

Lately, when I'm in the middle of swim workout and I'm swimming a fast backstroke I'll get that telltale nudge from my watch and when I make it into the wall at the end of whatever backstroke distance I've been working on I'll check my watch to see what all the excitement is about. And there's generally a reading of anywhere from 105 to 110 Db, or sometimes even higher Db with a frantic warning about my hearing's imminent demise displayed on the watch screen. Only thing is... nothing loud is happening to my ears.

The watch is responding to being directly slapped on the water's surface as my hand engages the water at the top of the stroke my backstroke. Gravity and muscle pull each hand down hard on the water's surface just before the catch and the main stroke. And my approach to backstroke is no different than anyone else's decently executed backstroke. The loud sound the device seems to be "hearing" is confined to the tiny area around the watch itself. My ears can be underwater, or even plugged with ear plugs, and still the warning goes off! It's such an obvious engineering oversight; especially since my watch seems quite competent to know when I'm swimming backstroke. No other stroke sets off the alarm since during no other stroke does the back of one's hand strike the water's surface!

I'm certain if a better class of engineer had been in charge of the health metrics of the Apple Watch they would have instantly intuited the issue of the errant warnings during this fine stroke and inserted a software disconnect that would limit loud noise alarms during backstroke swimming unless the sound was consistently loud throughout the entire stroke. Including the time when one's hand is out of the water entirely.

I'm trying to decide how to handle this. It's so sad (deal-killer, deal-killer !!!) since the watch does several hundred other things pretty much perfectly. But a misguided audio reading/warning while swimming backstroke? It's a bridge too far.

I guess I should Karen-up, demand to see Apple's product manager and not only demand my money back but also demand just compensation for all the times I was needlessly disrupted, and perhaps emotionally damaged, while swimming backstroke. Perhaps free iMac Pros for life? After all, it's the least they could do since I'm very special and obviously deserve "special handling."

But I guess this fault is no different than getting a camera that won't measure location via GPS to the exact inch. Or whose rear screen isn't perfectly bright enough to see perfectly during an close by super nova. Or whose AF isn't always instantaneous (And I mean microsecond response. Thank you very much). I used to ridicule such personalized disappointments aimed at otherwise great products but now I have more empathy for the "feature imperiled" and don't as quickly jump to the conclusion that some people are just insane. Now I consider for at least a second or two longer...

No wonder breast strokers and long distance freestylers are less conflicted about their Apple Watches.