Remembering a time before perfection in photography. 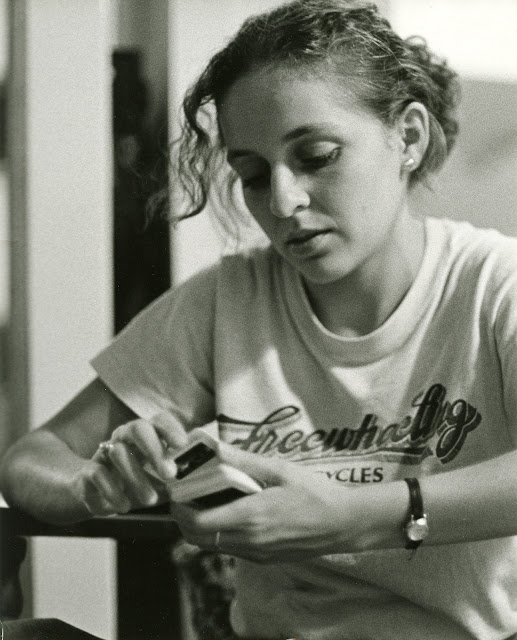 I wasted a lot of time today. I think that's the nature of the current era for me. More time to fritter away and less stuff one has to do. I spent some time looking at lenses on the B&H Website and on Amazon. Sure, I looked at a couple Leica-centric sites as well. Somehow I got in my mind that it might be nice to own one smaller, M mount 40mm lens for my SL and SL2 cameras. But I also was thinking that I might want one that's pretty fast. Pretty soon I narrowed down the selection to two different Voitlander Nokton 40mm lenses. Both are made for the Leica M mount. One is a 40mm f1.2 for about $800 and the other is a 40mm f1.4 for about $400. I'd have to spring for an M to L mount adapter so there's another $80 to $400 dollars, depending on how Leica-ish I want to be.

I was speculating that this lens would be the perfect accompaniment for my big camera on our upcoming road trip. Small and light and a nice counterpoint to the ferociously big and heavy, 24-90mm. I started to dive in and read reviews, letting my self get swept up in everyones' rosy ownership rationales. Yep! I'd go forth with the smaller of the two lenses, adapted to my big Leica, and magically transform into the next Robert Frank. I put stuff in and out of shopping carts and also started looking for ancillary stuff like lens hoods and filters. I'm sure many of you have wasted time doing much the same sort of shopping/daydreaming.

At some point in the process I came to my senses and stopped. I reached over the top of my messy desk and grabbed a Sigma 45mm f2.8 lens and stuck it onto the front of my most shop worn SL and fired the combination up. All at once I remembered several incredible shots I'd done with that lens and the Sigma fp camera, just at the beginning of last year; before the floor fell out from under relaxed life. And I felt silly and wasteful. I already had the lens I wanted.

But what was the lure? Well, the newness, of course. But also the promise that one of the two lenses under consideration would be sharper when used wide open. And I started thinking about that parameter for a while. Why did I care if one lens might be incrementally sharper than the other? How often do I even find myself shooting wide open? What did I expect might be different in the final files that I couldn't figure out how to do just as well today?

The Sigma 45mm is plenty sharp for all but the most demanding and detailed technical work. Stop it down an aperture or two and it's as wicked sharp as any other modern lens and it's already small and light and beautiful to hold. As an added bonus it auto focuses on all my L mount cameras. Clearly, gear obsession was driving me a bit crazy. I closed all my open windows (on the computer) and said "goodbye" to all my shopping carts. And I went looking in the archives for an image that I really, really like but which is demonstrably unsharp.

The one above is the result of slow film in a handheld SLR camera coupled with low light and the reckless lack of attention to detail of inexperienced youth. I tried to imagine how the photograph would be different if planes of it were rendered with the brilliant detail provided by a top tier lens, coupled with an image stabilized camera, backed by all the technical knowledge I've accrued over the past forty-five plus years since this image was taken (and haphazardly printed by someone...me... just starting their photographic darkroom journey). Would it be more evocative and profound?

Of course not. The photo was never shot for an audience of more than one and my brain can use its own computational imaging power to construct a higher sharpness by way of my imagination and memory.

The photo was always meant to be a gentle reminder of a time, a place and a person. It was never meant to be a precise topographic study or rote documentation of a person. The ancient Canon 85mm FD f1.8 knew that was the case when I pointed and focused it. The lens was always capable of more but the hands and level of technique weren't up to the task. And that's fine. I love the photograph more every time I see it. But not because it makes me appreciate a lens, or the Agfa-Portriga Rapid paper it's printed on. No, I look back and remember days unencumbered by worry or want or regrets. I see only the amazing person I was sitting with and talking to at the time.

It's odd to confront your own early work so many years after its creation. We worked so differently then. I found the old sheet of negatives. There was only one shot taken in that set of moments. Film was dear and I'm sure I was saving the last few frames on the roll for the next "scene change" or new location. Carefully portioning out the roll's limited potential in a time when money was tight and hundreds of like frames were never cheap. And that in itself makes the photograph more dear to me. It's because it came from a time when each click of the shutter was part of a rare and more valuable creation. We were careful then with our vision. Even more careful in our curation. Because the cost of making even imperfect art was far greater than it is now; today. And when we perceive things to have value we tend to imbue them with a certain power. Just that the image happened at all seemed to create our own sense of respect for the image.

I had one more epiphany this afternoon before I stepped away from my work computer. Maybe I have been overly successful with my acquisition of equipment. Maybe it's possible for lenses to be too sharp; too good, and for cameras to render too much x-ray-like detail. Too much objective detail might actually obscure what it is we really wanted to see and remember. Too many leaves on trees and not nearly as much fog shrouded forest as we would really like...

Maybe that's something to think about before I get all hot and excited about the next "perfect" Art Series Lens, or S-Pro variant. Seems like lately it's the lowest common denominator of stuff in the drawer that makes the photographs I most want to look at. A painful realization for someone who just dove into one of the more expensive systems. Can't quite bring myself to put a Lensbaby on the front of my SL2 but....give me time. We'll get there.