This brief blog post is about my first encounter with the Sigma Contemporary, i-Series 90mm f2.8 Lens for the L mount alliance. A big mouthful for a tiny telephoto lens... 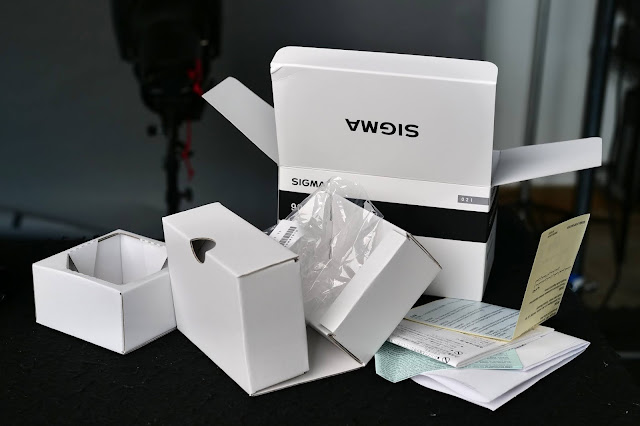 Step one: Open box and pull all the stuff out. Don't forget to pull out the second, metal, magnetized lens cap. You won't want to accidentally toss it, along with the box and packing, into the recycling bin... By the way, the box is mostly white. Disclaimer: this lens was purchased by me for the full retail price of $639.00. I also drove up to the store to get it and delivered it back to my house for me. Sorry! No fanboy "pay-off" happening here.... 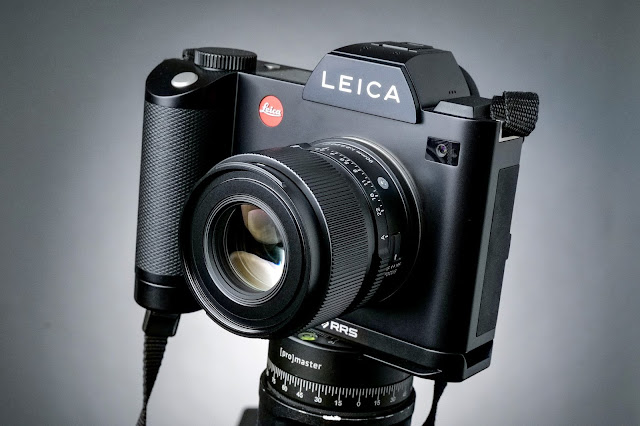 Here's the reason to own the Sigma 90mm f2.8 lens. It's tiny and unobtrusive. Well, there are actually a few more reasons: It's supposed to be very sharp, even when used at wide open apertures. It's a perfect focal length for portraits. It fits on all three of my current camera systems; interchangeable with no modifications required. No adapters or spacers needed. And, finally, it's got great industrial design and neat, included accessories (metal lens hood, super cool magnetic lens cap). There is a downside to adding this lens to your collection. All the big, recently designed zoom lenses could develop some body image issues. You'll also probably never want to go back to the land of huge, heavy and fast lenses again...
The 45° view just above makes the lens look bigger than it actually is. I included more of a side view below. 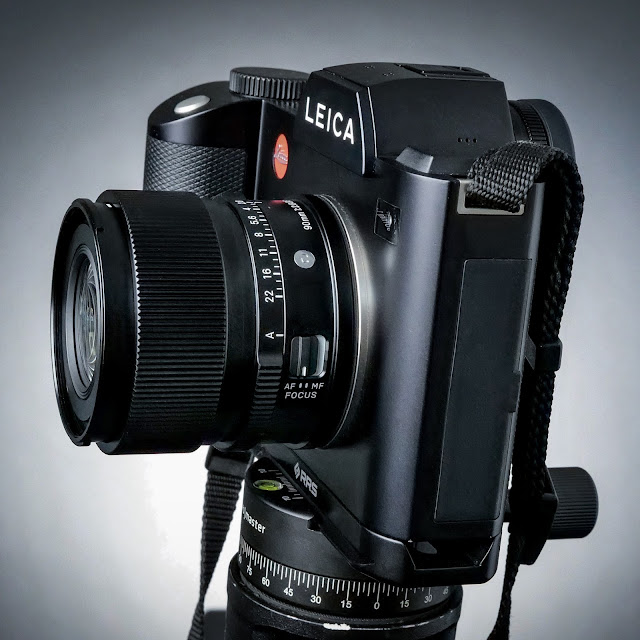 From an aesthetic point of view I think the i-Series lenses from Sigma are a perfect match for the very industrial looking Leica SL system bodies. But they also look darling on the front of the Sigma fp. Oh, I'm not kidding anybody, they also look great on the Panasonic S5.
Gordon at CameraLabs.com has a very nice review about the optical qualities of the lens and also a comparison of imaging properties between this lens and the Sony 85mm f1.8. No shocking conclusion if you already knew that the Sigma was going to be the better lens.
I'm a big fan of all the i-Series lenses introduced so far. I haven't bought the 35mm f2.0 and I don't plan to buy the 24mm f2.0 but that's because, A. I think the f2.0 aperture makes the lens bigger that I'd like and, B. I think I like the focal length spread of 24mm (the f3.5!!!), the 45mm f2.8 and the 90mm f2.8 better.
Just the right gap between focal lengths. And quasi-affordable.
Funny to find out that the 24 (3.5), the 45 and the 90 all together still weigh less than the 24-90mm Leica zoom lens. More to come when I've had some experience shooting this lens. Till then, I have nothing more to say about the 90mm.
Next up: Saturday morning swim practice. I know you'll want to read about that!!!

Friday's news from the vast and unimpeachable resources of the Visual Science Lab's editorial desk...