Photography and the fear of the unknown. 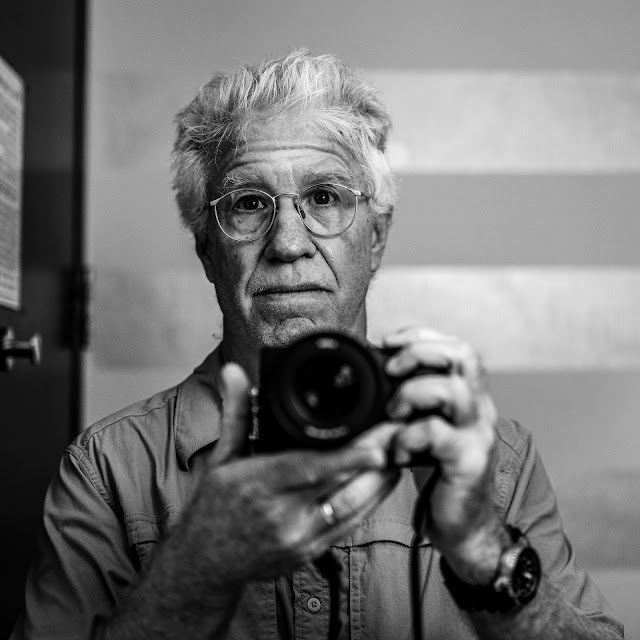 There are dangerous places in the world. I'll readily acknowledge that. But a lot of people carry fear around with them like a malevolent cellphone. Always on. Always transmitting danger signals whether there really is peril ahead or not. It's like the old saying trotted out in the movie, Buckeroo Banzai Across the Eight Dimension: "Wherever you go, there you are."

I've walked down dark streets in many cities around the world, late at night, alone and dragging along cameras and all the accoutrement of photography. I can count on the fingers of one hand the times I've been accosted. I've never been robbed, never damaged and never relieved of photo gear. Not at 2 a.m. in Mexico City and not while stumbling back to my hotel near daylight in St. Petersburg, Russia and not when returning to my hotel from a casino in the dead of night in the Dominican Republic.

I'm not big or scary. I'm only 5 feet and about 8 inches tall. I don't carry some wicked firearm.

I only carry with me the expectation that I'll be fine and, in the worst imaginable scenario, I'll only end up losing an easy replaceable camera and lens. And maybe a wallet full of easy-to-cancel credit cards. In most major cities of the world I could be out shooting with a new camera and a replacement credit card the next day.

I don't go to war zones. I don't go to areas in beleaguered countries where people are absolutely desperate. But just about anywhere else? Let's go. Leave the fear at home. If you survive you'll have great stories to tell. Fear just breeds fear and once you've got the stink of fear on you only then do you start to attract predators. Cameras just aren't worth that much to thieves anymore.... We were having Emmett and Lisa, two restaurant owners, over for dinner and I was trying to get all the prep work done for my dish. I wanted to rinse some grape tomatoes and I noticed the pour over funnel we use to make coffee sitting on the drain board. Voila. Re-imagined as a different kitchen tool.

The tomatoes just needed to be rinsed...but not to worry, they got baked for 25 minutes in a 425° oven.

I was busy, but not too busy to grab the old camera I keep on a shelf near the kitchen for times like this...

The dinner was a success...but mostly because Emmett and Lisa brought some incredible bottles of wine with them.