A quick still life in the kitchen. Light from the back porch. 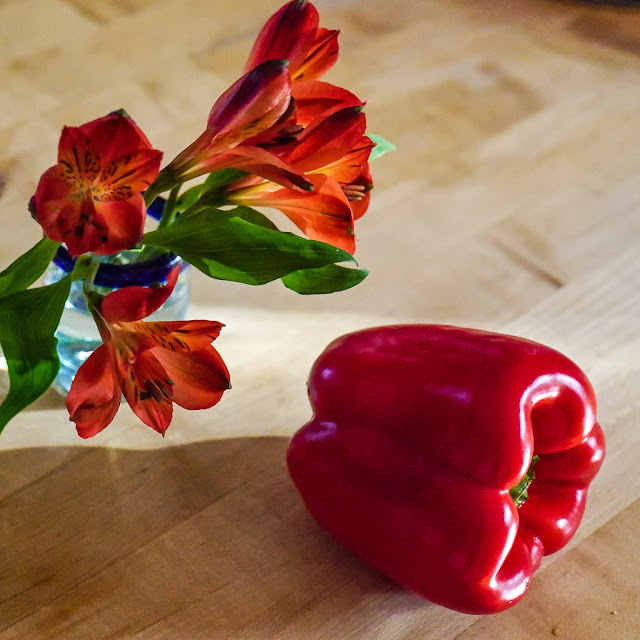 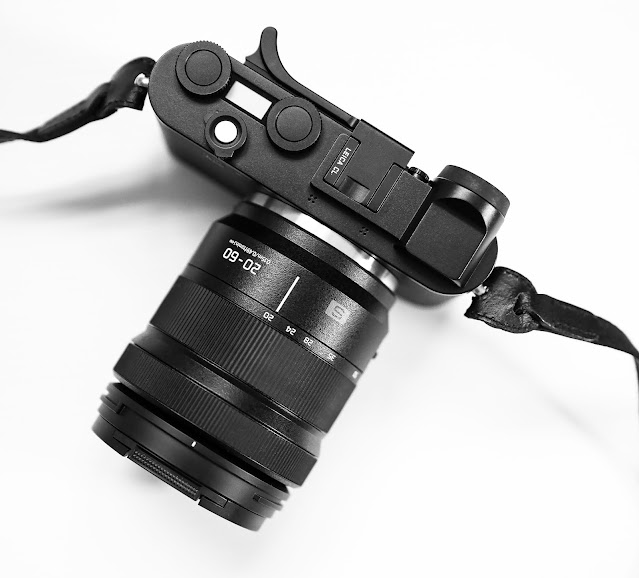 Kirk's Leica CL with Panasonic 20-60mm S lens on the front.
A full frame equivalent of a 30-90mm lens. Just the way I like it.
One of the earlier (film era) Leicas I owned was the original CL with its extremely sharp and contrasty 40mm f2.0 Summicron lens. The camera and the lens were a delight. The body was a bit fragile and one point of failure was the little metering probe that sat right in the optical path and which was supposed to swing out of the way milliseconds before the exposure took place. Ah, the days of mechanical complexity...

The CL stood for: Compact Leica. I imagine the thoughts behind the digital CL are the same.

As you know I talk a lot about cameras here but buy new stuff very, very rarely (just kidding!!!). But life is short and there are so many cameras I haven't even played with yet. The CL was just such a logical addition.

The Leica CL hit my radar earlier this year when I realized that the bigger SL variants, while being superb picture taking machines, were a bit heavy to carry around when you just want a companion camera with which to capture ephemeral and errata. When I recently unearthed a box full of black and white prints I made after a trip to Mexico City in the early 1980's my brain started mixing together my experiences with that ancient and small "original" Leica camera, my years with the film CL, and my time lately with the color science of the SLs. It seemed to me that the new digital CL was a great combination of features with just a few downsides.

The camera came yesterday, near the end of the day, so I had ample time to unbox. And with a well preserved total retail package the Leica unboxing can be an extensive undertaking. The camera came with all of its original packing, including the black fabric bags that hold the various accessories, the original strap, all the documentation, all the body covers and even the box which unfolds into a series of drawers. This camera has no discernible wear, came with the latest firmware pre-loaded, and ticked every box. It also came with the original Leica battery and two additional Leica batteries. The price was, by most standards, outrageous --- but everything, including economics, is contextual. It wasn't going to "break the bank".

I haven't had time to shoot anything with it yet because no matter how beguiling a new addition to the camera collection might be morning swim practice always takes precedence. I meant to shoot some tests later this morning but the utility company is trimming trees away from power lines today and I wanted to be here to supervise and keep those numbskulls from butchering my 100 year old live oak trees. Now I'm headed to lunch with one of my favorite creative directors.

After lunch I'll spend a good part of the afternoon seeing if it's really true that the colors are great, the files are wonderfully but complexly sharp and that the batteries are weaker than Popeye with a year of NO spinach.

With that I mind I think I'll just circle back at the end of the day and add some first impressions. Given that the menus and the color science are all in the same current family I'm not sure I'll have much to say other than to make a glancing discussion about basic handling.

It's a beautiful camera and it's less than half the size and weight of an SL2. It's a promising combination.