Coming back to on camera flash. Again. For the millionth time... 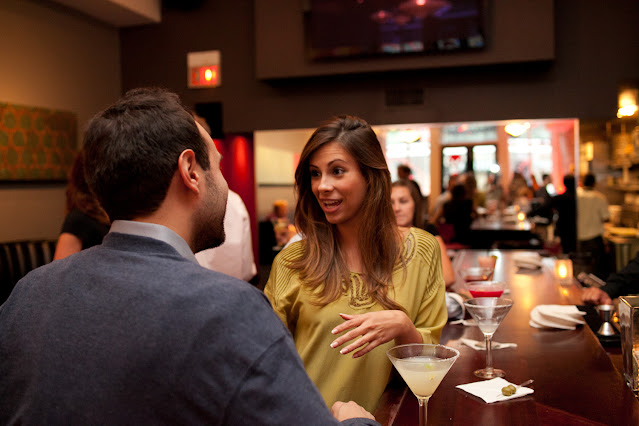 Manual exposure and existing light at Manuel's Restaurant.
Every year I photograph a gala at the Four Seasons Hotel for an organization called, Texas Appleseed. Over the past 21 years it seems like I've used a different camera and lens every year. I guess that's because I have. You see, I get bored easily. And it's not just cameras and lenses either. I also get bored if I use the same lighting every time or if I light things the same way.
Earlier this Fall I was convinced that I would be using a couple of Leica SLs and some manual, Godox hot shoe flashes to do all the cocktail hour photos of posed groups and grabbed candids. In fact, I posted something about it along with photos showing a bigger construction with a Godox AD200 Pro and a bunch of accessories. But now that I've had time to think about it I'm changing directions. And since the event isn't until the 10th of the month I still have time to change my mind a few more times.... (Would you expect anything less?).
I was out in the studio drinking that second cup of organic Columbian Supremo coffee when I chanced to look into the "small camera" drawer in the equipment case. Right there at the front of the case were "the twins." Not identical twins since one is chrome finished and the other black, but twins under the magnesium alloy. Of course I'm talking about the Fuji X100V cameras. They looked up so earnestly from the drawer. All at once it hit me that my evening at the gala might be more fun if I really mixed things up. I thought about the challenge of shooting flash photos inside in lower light in a bustling room filled with mature people, all of whom will have a drink of some sort in hand. Of course. This was it. The friction I'd been searching for to make the job more interesting. The only downside was, of course, that I have never used the X100V cameras with any sort of flash; internal or external. I'd have to find the control that makes the EVF image bright regardless of the light level ("constant preview off" in Panasonic talk....). Compounding my lack of experience with flash and X100Vs is also the fact that I no longer have any dedicated TTL flashes for the Fujis. I'd either need to go "all manual" with any one of the Godox units that hang out in the studio or I could research what's available at B&H or Amazon in the dedicated Fuji-ready flash department and you know how much I hate to read about gear or to shop at all.....
So, you know how the story generally goes. I read some stuff, watched a few videos on YouTube and then dived into the big, online shops to see what they had on offer. I spent $60 and grabbed a Meike MK420F TTL Li-ion Battery Camera Flash Speedlite with LCD Display for Fujifilm X Mount Cameras. It's got the dedicated TTL functions, it's fairly small and it comes with a lithium battery as a power source. So, lots of flashes and fast recycling. My hedge: I read some reviews and most people liked the flash just fine....
The flash will get here tomorrow and after I charge the batteries I'll huddle with the camera owner's manual, learn how to set the camera up correctly for flash work, make sure everything fires when it's supposed to and then spend a lot of time and battery juice getting up to speed on technique. It shouldn't be too difficult since I actually did write a best selling book on portable flashes back in 2008... Should be just like falling off a bicycle. Gravity is always there to help you down.
Why is my brain currently stuck on the Fujis? Well, I'm intimately familiar with the space in which I'll be working and how tight the room will be with a bunch of guests all socializing together. I rarely get to go longer than 35mm because with a group of people to photograph I can never back up far enough to use a 50mm, or anything longer because I'll inadvertently back into a Texas State judge or other luminary and that's never a good look for a professional photographer. So the 35mm equivalent sounds good and the extra depth of field is always welcome.
Then there's the advantage of the on sensor PD-AF which is bound to be better at this sort of thing than my CD-AF Leica at focusing in near darkness. In a pinch I can zone focus, slide down to f8.0 and cheat my way to sharp focus. I'd only need to carry one around with me for pre-dinner reception and it's about as small and light as they come. I've got enough batteries to keep one of the cameras running for days and since the two cameras are identical (except for color) I can set up both menus identically before I even leave the office.
I'll still bring along the Leica SL2 for the longer lens, no flash coverage of the speakers at the podium, standing in a bright spotlight. But I'll lean on the Fujis for all the grip-n-grin images where flash is pretty much mandatory.
All of which begs the question: Have any of you Fuji X100S, T, F, or V users done this same sort of stuff? Have you used a TTL/dedicated flash with yours? How did it work out? Any red flags I should be aware of?
If you have a cheat sheet for set up you should share that with us so you don't have to read me crying later... 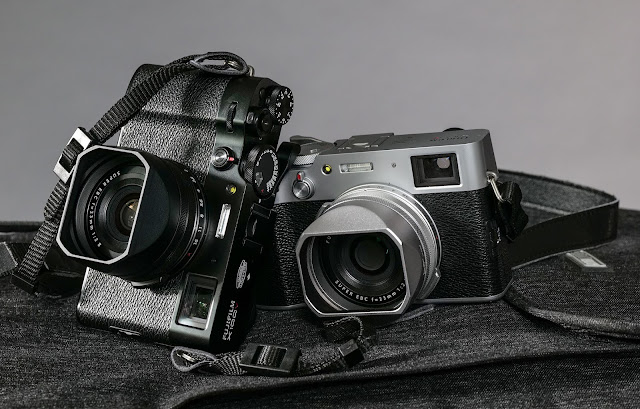 the non-identical twins come out of the drawer in a quest for relevance and greatness. 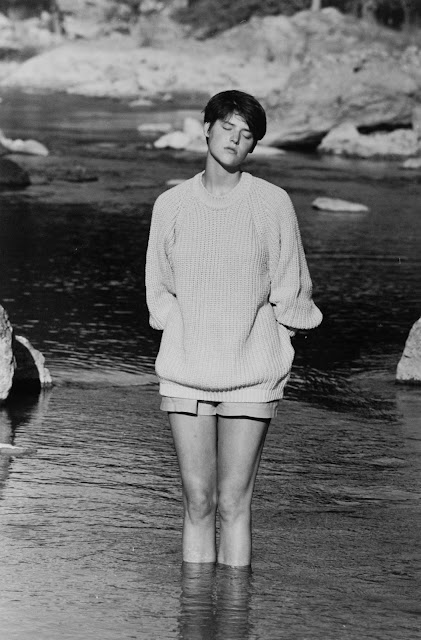 Model at Pedernales State park. Photo with a Leica R8 and the 180mm Leica Elmar lens. 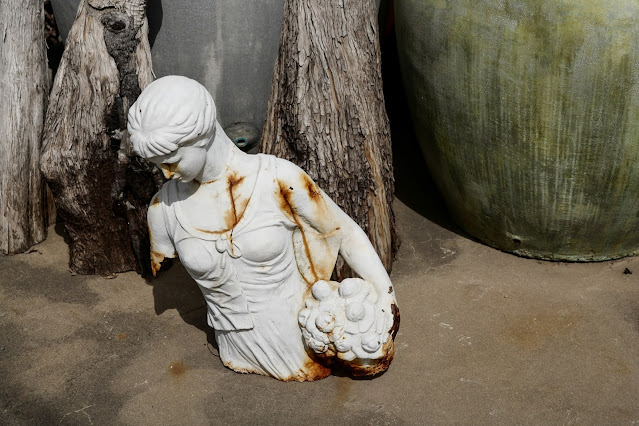 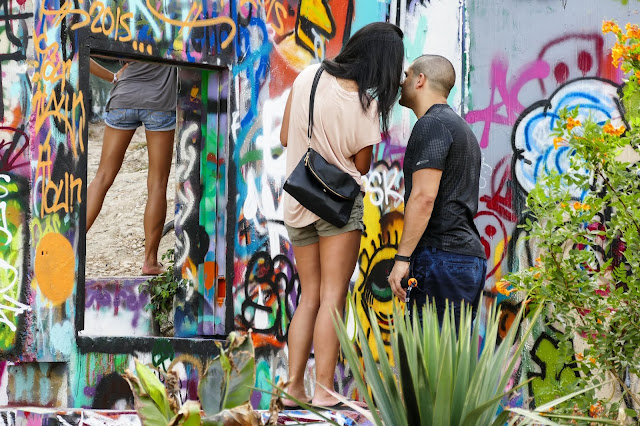 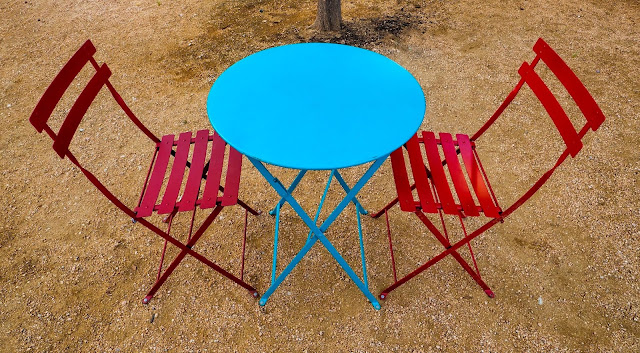 I was supposed to do a portrait here in the studio this morning at 10:30. I got a note from the subject at 9:00 asking for a reschedule. We normally bill the full fee for any "same day" cancellations so I wrote out an invoice and sent it to the administrator I've been working with for this particular company. The person who was supposed to be here asked to reschedule and while doing so I reiterated our cancellation policy. Then he let me know he had been waylaid by the American Airlines' flight cancellations, the ripples of which are ongoing. That's something out of his control so I canceled the invoice and we re-booked his session with me for later in the week.

The cynical among us would immediately leap to the conclusion that I was being played. That something better came up for the sitter. But I really do believe that most of my clients are honest and reasonable people. Why do I feel that way? Because I've been observing clients for decades and in the final mix they mostly all do what is right, and take responsibility where things are their fault. Sure, there's always a few bad apples but there are a lot more good apples and I'd rather not carry the endless burden of cynicism around with me all the time. Can't think of a quicker way to become bitter.

But now I get to decide how I want to spend the rest of the day. My first inclination was to head to San Antonio with the new, little Leica CL and spend the day making photographs. The only wrinkle right now is that the city utility company has contracted with a big tree service to trim back branches from the power lines so that the next time we have a "Ted Cruz Style Winter Ice Event" here in Texas our branches don't bring down the power lines. The tree company has an operational method that conflicts with our basic homeowner strategy. We want them to do the least invasive job possible with our 100 year old, giant live oak trees. They want to aggressively trim back everything even if it means hacking away at 6 inch and larger (diameter) branches. They do a better job when zealous homeowners supervise by observation. But waiting around to watch people trim branches is boring, frustrating and basically just makes the inevitable more painful.

Like a typical privileged person I found myself wishing there was someone I could hire to be an ombudsman for our trees. Someone I could task with being an informed expert and a champion for our trees who could stand in the yard with their hands on their hips looking....doubtful. But, of course, that's silly. The service doesn't exist and if it did one would always have to consider the old adage: "You can't fight City Hall." To which I would add: "Or their hired minions."

Ah well. I guess I'll figure it all out. But it seems that there's always something afoot with owning property. Makes me envious of those hearty souls who scrape together a few wind blown acres in West Texas in order to toss a used house trailer of some sort on it and then live off the grid. I couldn't do it. There are no good coffee shops out in the middle of the desert. None. I know, I've been there.

The Leica CL is getting me trained bit by bit. I've figured out the phantom menu changes. Seems that the button in the center of the left hand dial brings up the mode menu. Clicking on that moves the camera away from the previous selection ( user profile one ) and everything resets for the new (unprogrammed) mode setting. Note to self: Keep damn fingers off button or use the key lock to lock it out.

Otherwise the CL and I seem to be getting along even better than I anticipated. It's refreshing to work out in an urban setting with a very small and discreet camera. I feel as though I've gone completely low profile. I feel like Robert Frank prowling down the decaying streets of America. The addition of the tiny, TTArtisans 35mm f1.4 lens makes the ensemble complete. The lens itself adds about an inch and a half to the depth of the camera and essentially disappears from the front view. I posted some shots I'd done with it on Saturday and while they might not satisfy a Zeiss Otus owner, or a guy unwilling to stand down from his collection of Leica SL Apo lenses, it's perfectly fine for me. Any sharper at f4.0 and I'd probably hurt myself.

I'm ready to add the TTArtisans 17mm f1.4 for APS-C to the collection. It's a bit bigger than the 35mm and much pricier at about $120. I think I can risk the expenditure...

These lenses are fun. And nice to work with. And reasonably good. Not perfect...but who is?