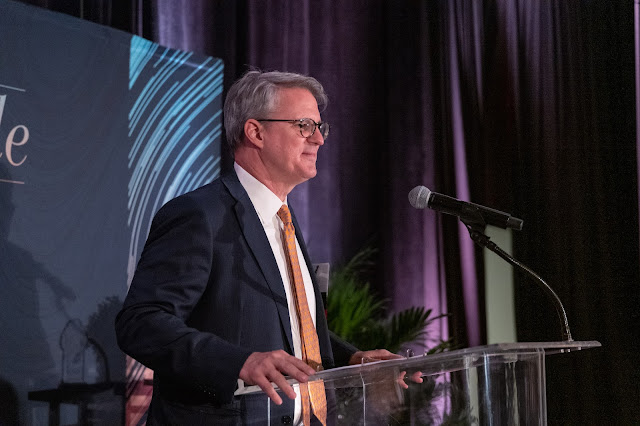 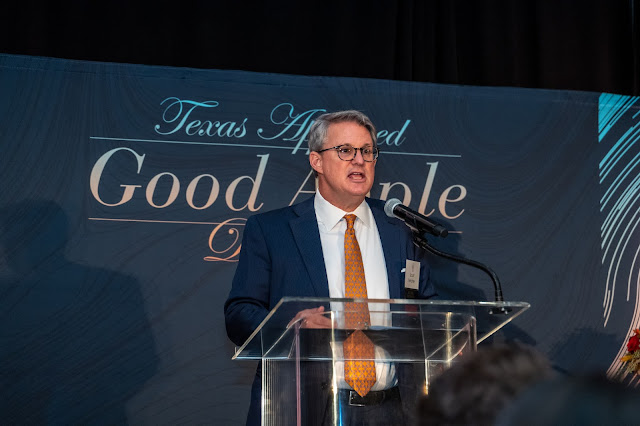 At the end of the event the board chair for the organization announced that the gala had raised $745,000 in one evening. Additional donations were still coming in. It's fun to see how generous people can be for charities and organizations they really believe in.
To learn more about Texas Appleseed go here.
Last week's event marked my 20th year to photograph for Texas Appleseed. I was there for the very first event. Both at the gala and also making lots of portraits each year for their staff and associates. The only year in which I missed photographing the gala was last year when the program was cancelled....for obvious reasons.
Earlier in the week I wrote that a requirement of attendance to the event was either proof of full vaccination or agreeing to take a rapid test on site. I'm happy to report that 100% of the 400 guests and the 20 staff members were able to produce proof of full vaccination.
I asked what would have happened had a supporter/donor shown up without proof and refused to take the test. The organization said that if the person agreed to be masked they could attend the cocktail reception (presumably in the outdoor space) but they would not be allowed to attend the dinner. The organization would invite them instead to have a dinner at the Hotel's very good restaurant and the organization would pick up their tab. They really did a good job at anticipating and planning for glitches.
The choice of cameras worked out well. Next time I'll try the entire event with just the Leicas. Gotta keep things fresh.
Posted by Kirk Tuck, Photographer/Writer at 12:28 1 comment: