Guest Host, Charlie Martini, begins a series of Highly Negative Camera reviews with this one today. 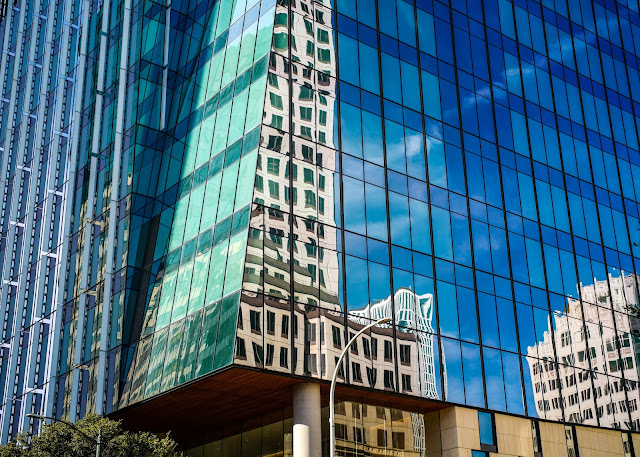 charlie sez: "Look at how lousy those Leica Jpegs are!"

Blog note: Charlie Martini has been an on again, off again adjunct writer and mega-influencer here at VSL. I would go on and on about his credentials but he would blush and go back to hide in his office again. Charlie is the person who often talks Kirk off the ledge when he falls into his "take no prisoners" mode about some aspect of mis/dis-information he's discovered on the internet.

Interestingly, Charlie, hates most photo equipment and has never found a system, camera or lens that he is particularly fond of. Or even moderately okay with. Please enjoy his short review about Kirk's Leica CL...

Hi. I'm Charlie Martini and I don't think anybody has made a decent camera since the Nikon F2. And even it was flawed. But lately I saw just how bad things have gotten when I walked into Kirk's office and saw him cuddling his newest fascination; the Leica CL. I shook my head and walked back down the hall, closed my office door, and poured myself a strong drink. I'll need all the help I can get to write this counterpoint to his glowing and fawning articles about Leica's baldest marketing ploy.

Leica should have continued only making M cameras for all eternity. When they tried to compete with film SLRs they kept burning their fingers and their customers. Anybody remember the Leica R4? Probably the most trouble-prone mess of a Minolta/Leica Frankenstein creation ever made. Sneeze near the camera and it failed. Send it for repairs and it failed even worse. At some point one prayed that the camera would be lost in shipping, back or forth, so the owner could at least salvage some of his money from the debacle.

Funny thing is that Kirk bought that camera, and others like it, with gleeful enthusiasm. You can't keep a deluded camera nerd down, it seems.

Leica fumbled through the later film years with horrifyingly bad cameras like the R8 and a whole series of M6 cameras which came standard with badly adjusted rangefinders. Rangefinders which seemed as vague and useless as a condom made out of fishing net material. A rangefinder works if it's calibrated but for a number of years at the end of the last century it looked like Leica never made the connection between simple calibration and customer success. And, by extension, profitable business.

Most of us photography veterans assumed Leica was dead in the water in the early part of this century and that they would squeak by making special, Jim Belushi Edition rangefinder cameras for an ever declining market of old farts with long memories and rose colored diopters. But they surprised us by introducing yet another failed on delivery camera introduction; this time with the carnival sparkle of digital tossed in.

That camera would be the Leica M8 in which the sensor stack was so poorly designed that the company had to send out IR cutting filters to owners to fight a nasty purple fringing that affected not just images taken of high contrast stuff but everyday photos that were already slam dunk easy for even the cheapest point and shoot digital cameras. And that was before the sensors started to delaminate and massively fail. I think most of us were ready to write Leica off completely at that point.

But there was my colleague, Kirk, with a smile on his face, doggedly trying to figure out how to make an M8 work and wasting his time with three Summarit lenses. You know, the lower priced Leica lenses with the elements taped into place in their barrels. I think even he threw in the towel when he realized that the frame lines in the M8 had no correlation to the lenses available for that camera. It was a bit of a final straw---even for an avowed optimist.

And that brings me to his latest photo-gear passion, the Leica CL. No, not the original CL semaphore light meter lollypop film camera but the newer digital CL that shares a line of lenses with the even more hideous and confusing Leica TL(+2).

I think, in a moment of sheer panic, after being bought out by a French scarf company, the people at Leica were grasping at straws. They had just launched their "flagship" Leica SL camera with its heavy, naked body and astronomic pricing. Had just been savaged for doing so by the world's biggest camera review site and desperately needed to find some way, any way, to sell products. They decided to momentarily abandon their whole history of making cameras around  the 24x36mm format and tried to pry some cash out of people who might be intellectually retrogressive and nostalgic enough to spend a small fortune on a camera with a much smaller and noisier APS-C sensor. Truncated features. Miserable handling and hideously tormenting battery life.

So, that's the camera system I'll be reviewing today. In part to save you from making yet another Kirk-driven camera buying mistake but also out of spite. Spite because Kirk eliminated holiday bonuses this year in order to buy more cheap, Chinese made, kludgy lenses for his latest pet camera. His lack of financial compassion means I won't be able to make a tax deductible contribution to the Help Jeff Bezos Buy Up the rest of the Planet Foundation. And God knows we need to honor our superior capitalist overlords in any fashion that we're able.

Let's get started. First off, the body of the CL. I hate body-shaming as much as the next guy but this is such a ripe target it screams for incoming fire. The marketers like to say that the camera's designers spent ages figuring out just the right shapes and structures to use but this body is a Xerox copy of the early 20th century Leicas. Whichever sports car designer they threw money at (in vain) to design this camera body probably looked at an old, 1930s camera brochure and then spent his lunch break pencilling in a few different dials onto an old IIIf. That's about it. It's the same "too small" and "too cramped" design the company was so eager to move on from in the 1950s. They rushed to abandon their small, screw mount bodies in favor of the larger and easier to handle M3, M2, etc. They were tired of being sued for loss of finger function due to the misguided anti-ergonomics.

I played with Tuck's new heart throb and figured out two things: The camera is so small and rounded (no right hand grip --- none) that one must add a thumb grip or thumb rest to the body via the hot shoe. Once one does this access to the leftmost dial is so restricted as to be paralyzing. Imagine being in a situation where there is a quickly unfolding scene in front of you that must be documented. You need to change a setting on the camera. Your fingers are blocked by the thumb grip from accessing the button. You must stop and remove the grip and then make the adjustment, afterwards reapplying the grip so you can use the camera without it falling out of your hands.

Just as with the under $500 cameras the tiny, tiny battery and one SD card are both inserted through the same door on the bottom of the camera. Only one card and no option to add a battery grip. I guess the true believers just carry along a diaper bag filled with after market batteries which they feed into the camera every twenty minutes or so of actual run time. I can't imagine how such a low res EVF consumes so much electricity. It's almost as if the camera is powering a hair dryer or toaster in the near background. If you live in an area where coal powers your home then the carbon footprint created by your CL is probably on par with the carbon footprint of the heater in your 4,000 square foot house...

Funny, the camera uses the same battery as many Panasonic cameras but seems to get less mileage. And it's not that Kirk is using aftermarket batteries; no, he's got three of the Leica branded versions. Or about equal to the cost of the average monthly mortgage payment worth of batteries. Poor sap never complains.

But it gets worse. I wanted to download some files from his camera the other day so I could show you just how bad Leica Jpeg files are and how noisy the raw files are at a low ISO like 6400. Piece of cake for my Sony A7III but a pointillist mess out of the CL. But the real frustration came when I went to plug the camera into my laptop computer. The damn camera doesn't have ANY ports. No mic. No headphones. No USB. No HDMI. Nothing. If you don't have a card reader on your computer then you are largely dead in the water.

I guess when the new designer was working on the new plans (I mean copying the 1951 era Leica IIIf screw mount camera plans) they didn't see any electronic ports on the old camera so they figured they probably wouldn't be needed on the new digital camera. So.....no ports. Nothing easy here.

But Kirk would breathlessly tell me just how great the camera is at making image files. He'd say that I might have to put up with bad handling and a raft of inconveniences but that it would all be worth it because of the special Leica look. I poured a few doubles and then looked around his office for those vaunted Leica lenses. But here's the deal. The original lenses for this camera and its ugly sister, the TLx are an orphan system of lenses. They only work completely on these two cameras. It's a foregone conclusion that the TL series is over; cancelled. And it can't be long for the CL either. So buying these lenses would mean you own dedicated lenses for a series of cameras that won't continue onward.

But the Leica-hypnotized counter argument is that one can use either the L mount lenses made by Leica, Sigma and Panasonic, or use adapted M series Leica lenses on the camera as well. Side-stepping the dead-end prognosis. Ah yes. Let's hang a gigantic Sigma Art lens, designed for full frame, off the front of a camera that's already too small to operate comfortably. Or drop $6,000 on a Leica lens to use on a $3,000 body. One that only uses a small portion of the full frame lens circle. That's a good idea. NOT.

It's like making a skinny man wear a 50 pound hat.

In closing, I think Kirk is bordering on insane for touting a small sensor camera that costs an outrageous amount of money. The camera has NO image stabilization, which is the holiest of camera features. The EVF is nothing to write home about and the famous "Leica Look" seems to be absent from this model as far as my experiments can determine. It's just a bridge too far.

Don't let his enthusiasm for the half pint Leica infect you. Quarantine his posts whenever he mentions the CL. We've known him for a long, long time. This Leica CL insanity? This too will pass.

Finally, you folks get the blog post you deserve. Now, over to MJ's to learn all about record player needles and billiard chalk.

Kirk is on a short, working sabbatical but will surely be back the minute he reads what Charlie has written. Stay tuned for the inevitable rebuttal.