We starting discussing introversion and extroversion on the blog yesterday and by this morning I had a strong desire to get away from civilization altogether. Suggestible? Maybe just a little... 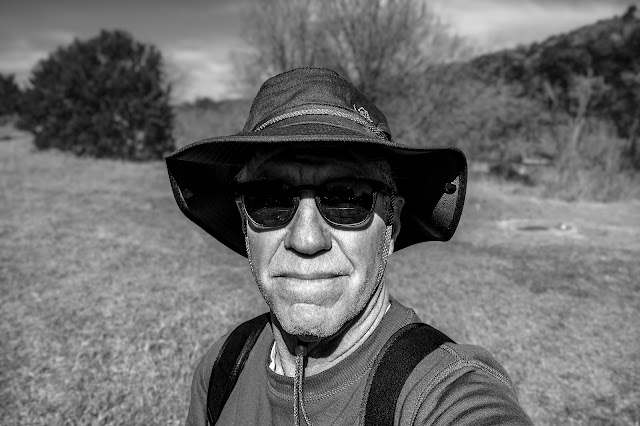 A Leica CL selfie. Who would have thought it?
I woke up this morning and, over coffee and toast, decided to skip the morning swim (horrors!!!), pack a small backpack and head out of town. I was looking for isolated, unpopulated and rural. The first place that came to mind (promixity and foreknowledge) was Pedernales Falls State Park. Bingo. That would do just fine.
It was 40° outside so I layered a technical T-shirt under a nice, big sweatshirt and then rolled up a long sleeve UV resistant shirt and shoved it into the pack. I also filled up a 32 ounce water bottle and tossed that in too. The final bit of packing was putting the 18-50mm Sigma on the Leica CL and jamming a few extra batteries in my pants pocket. By the time I got to the park with was a balmy 50° and stayed like that for the extent of my visit.
New revelation! If you are over 65 and a Texas citizen you can pick up what the Parks Dept. calls a "Partial Pass." It's free, it's good for the rest of your life, and you get half price on admission for all Texas Parks. Just flash the card and you're ready to save. What the hell? I might as well get some good use out of being "senior." That brought my park admission fee for the day down to three bucks. A killer bargain.
The best place to start a visit to this park is to drive all the way in to the Falls. Water runs through fields of large boulders and pools made by millions of years of erosion. There's a ton of stuff to climb on and if you aren't careful you'll misjudge the massive size of the boulder you are standing on, then leap off and injure your ankle. It's easy to do. I did it twice. Both times on my right ankle. I'm sure I'll really feel it tomorrow but it was fun emulating flying at the moment. It's equally fun to scramble up boulders and rock faces. More 66 year olds should try it...
After a couple hours climbing around the giant limestone and granite rock field I decided to tackle one of the intermediate trails. I had water, my ankle hadn't swollen up and I was ready for an adventure. The route was about three and a half miles but there was nothing particularly challenging about the trail. Nice for a good walk. For an adventure? Not so much. Still, I was really enjoying being out far from the city. How far? No bars on the cellphone --- so it stayed in the car. Nice thing about water is that the more you drink the lighter your backpack becomes. I made it back home a little while ago. It was a pleasant way to spend a day. Just be careful jumping down off big rocks. Five or six feet is doable; especially if your target is a sand bed. But eight to ten feet is stretching it. That kind of flexibility and bullet-proof-ness is now in the rear view mirror. A little ice and I'll be ready for tomorrow's swim. 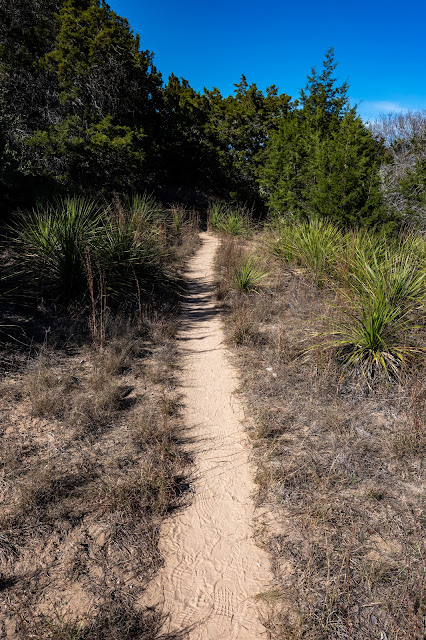 For 99% of the day I saw no other hikers on the trails.
It was wonderfully lonely. I felt like a class A introvert. 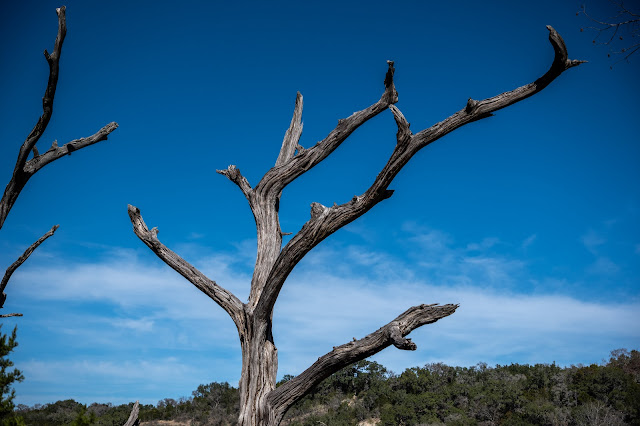 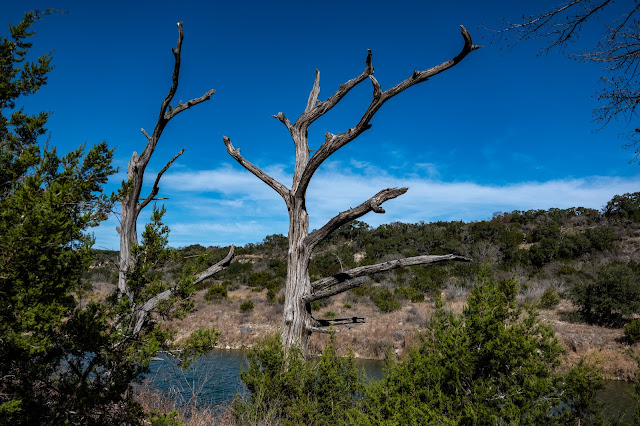 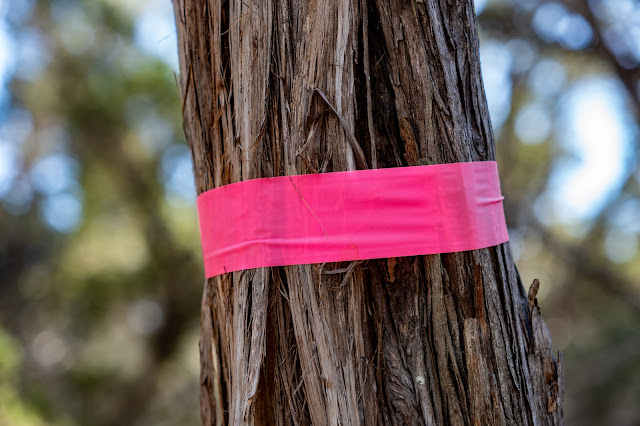 The park service has done a great job marking the more challenging paths.
There's a ribbon every 200 to 400 yards, just so you don't get lost. 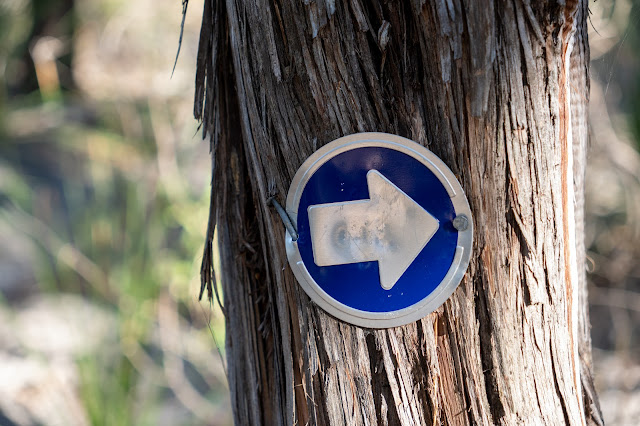 And occasionally a directional marker. 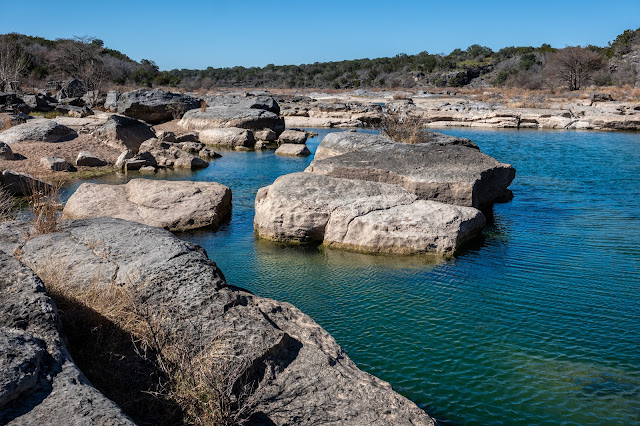 Sadly, swimming in this part of the park is prohibited. It would be amazing in the Summer. 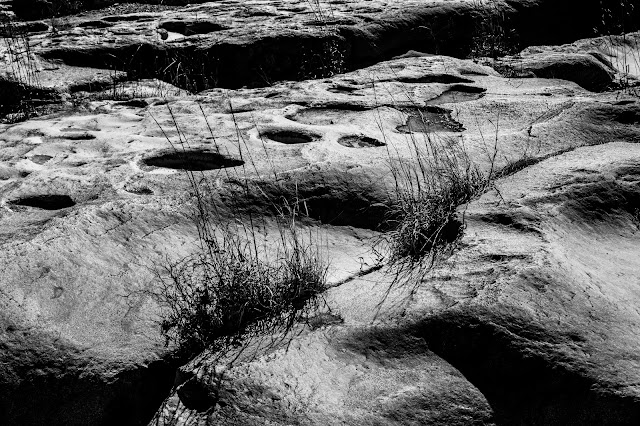 Kirk revisits Cole Weston. Or John Sexton. But without all the theatricality of process. 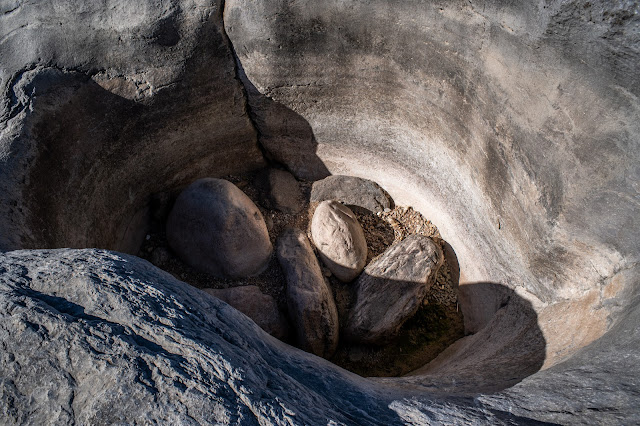 I mused that these rounded rocks in the hollowed "nest" were actually dinosaur eggs.
But then I remembered the movie Jurassic Park and I became frightened and ran away... 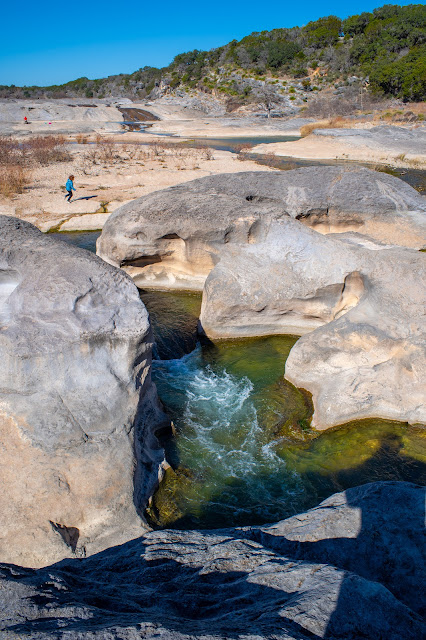 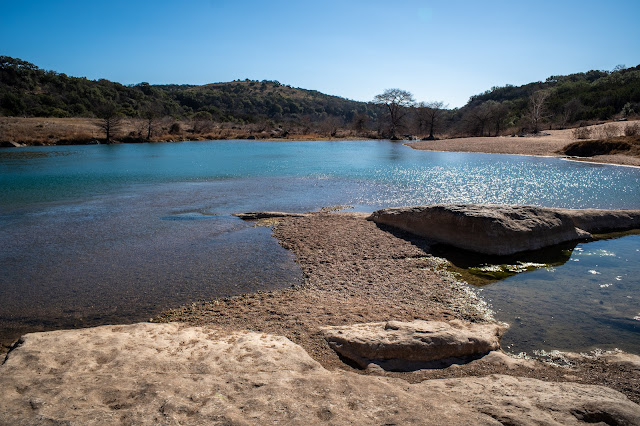 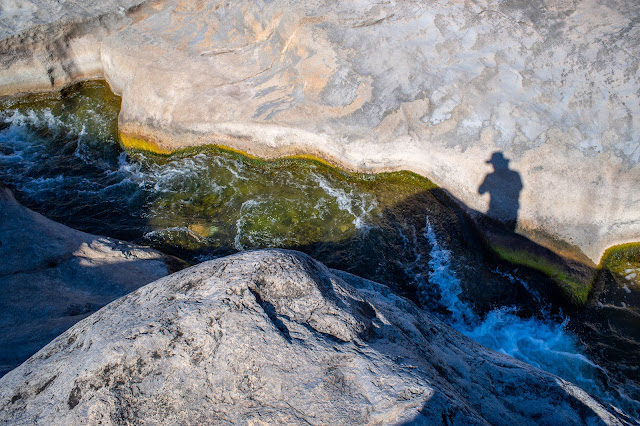 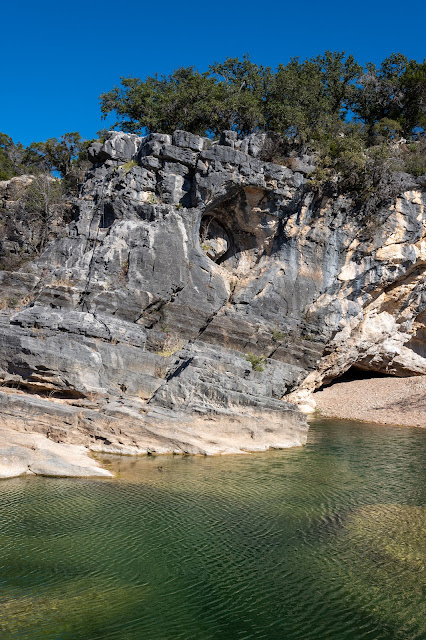 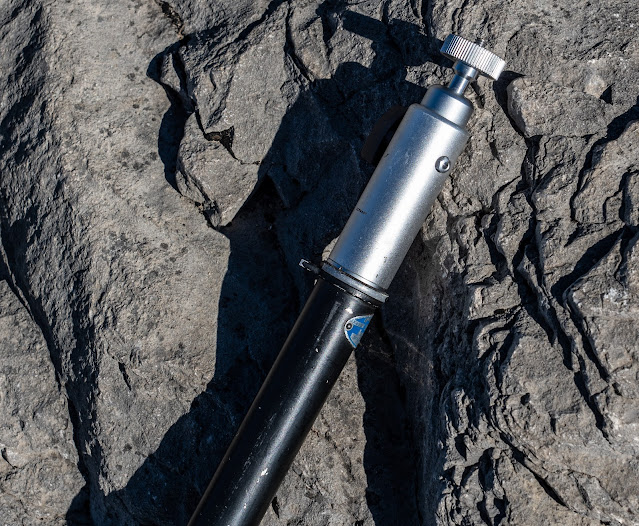 Many, many years ago, when B and I were first dating, she bought me a Tiltall monopod and a chrome, Leica ballhead. The Tiltall has a metal tag on it, up near the top, which says, "Manufactured by E. Leitz."
I've bought and sold many, many pieces of photo gear but have never entertained the thought of
parting with my monopod and/or the ball head.
The combination makes a great "walking stick."
And it keeps my cameras steady and still.
Nice day at the park. Only spoke to one person...
The park ranger who set up my pass card.
Heaven for introverts. I wouldn't know. I was ready to be back home.
Posted by Kirk Tuck, Photographer/Writer at 17:11 16 comments: