The Leica R 50mm Summicron renders color and contrast like no other lens I've owned. Flat, deep and sharp out of camera but perfect for wringing out amazing photos in post processing. And...the resolution...! 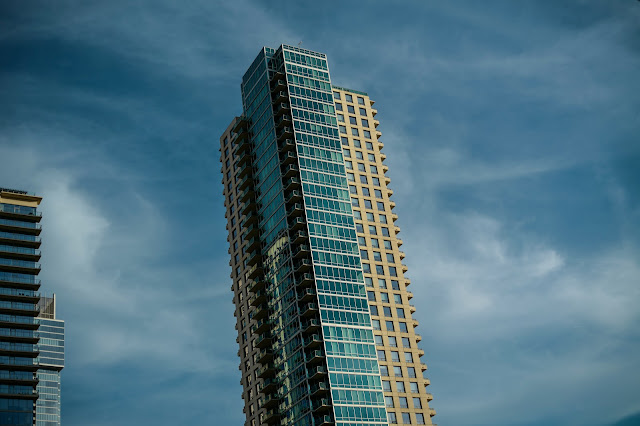 Confessions of mortality! We have allergy seasons here in the central Texas. According to experts we can take credit for being one of the top five WORST areas in the country for cedar pollen and mold allergies. And I am as susceptible as anyone to the ravages of their malevolent presence in the air. I guess I could lock myself in the house and run all three HEPA air cleaners at full blast but where's the fun in not sharing  the irritating symptoms with everyone else? I'm locked in a constant balancing act between not having itching eyes and a constant tickle in my nose on the one hand and being able to go out and make photographs of the great outdoors on the other hand.
I think between swim practice (outside) and photography (outside) I am doomed to keep the Kleenex company in business for at least the next 30 days. I guess you just have to play the hand you are dealt. At least I have most of the chips... (paused to sneeze...again).
Today I spent time re-organizing the studio to make room, and appropriate space, for my new writing desk. I decided I needed a dedicated piece of furniture for writing stuff for the blog, new chapters for the novel in progress and also for writing checks. I'm trying to be disciplined about not filling up another horizontal space with more stuff and so far I've been rigorous in clearing everything off the beautiful acorn wood top after every writing foray. It's just so nice to have dedicated spaces for specific tasks. And I love the mid-century style.
But after too much time doing drudge work I wanted to get outside. I've had the 50mm Summicron R that my architectural photographer friend sold me last month mounted on my crustiest Leica SL (the one with the most personality!) and I wanted to test it a bit more. I've been reading articles from film makers who are in love with that particular 50mm lens; and in fact, the whole R series of Leica lenses and I wanted to see for myself what the various strong points are and why people who spend lots of time getting things just right (and with enormous budgets) gravitate to this particular model. So, after swallowing my daily Zyrtec allergy pill and filling my pockets with tissues I popped downtown to do a nice walk and to see what's up with old glass. 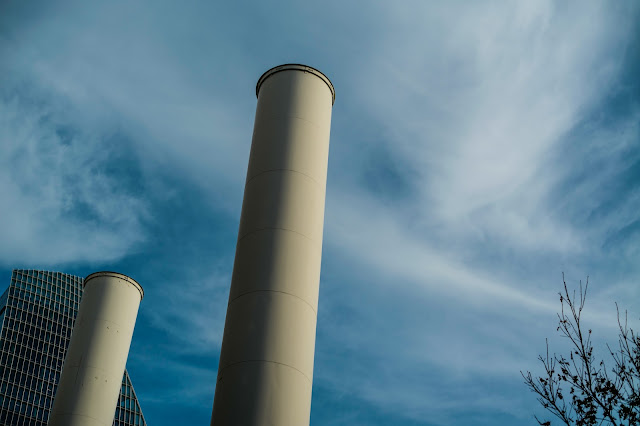 I've experimented with the lens a lot in the past because....I owned the same model for a number of years and used it on a Leica R3, R4, R4SP, R6 and an R8. All film cameras. It was perfect for shooting slide film since it delivered high resolution but at the same time cut the contrast in the images which was a blessing since the lessening of contrast had the apparent effect of extending the dynamic range of the film. I do remember that the lens was especially low in contrast when used wide open at f2.0 but got contrastier as you went past f2.8 and headed toward the optimal aperture of f5.6. But how would this translate to use on a digital camera? In particular, the SL.
For today's walk I set the lens to f4.0 for everything but the self portrait at the end of this post. In every other photo I'm seeing reduced contrast which I've then boosted a bit in post. It does seem to translate into even longer dynamic range scales in the digital files. As you certainly know, starting with a flat file gives you more control in post processing. You get to add the amount of additional contrast you'd like and can even select the section of the tonal range in which you want the most enhancement. It's hard, once an image is delivered at a certain level of contrast, to go in the other direction and make it flatter without drawing a lot of attention to the file's new, awkward appearance. But even in a very flat original file I can magnify the image and see lots and lots over very fine detail which is delivered without LOCA or other spurious aberrations.
So, directors of photography who work on movies and television content love to shoot "soft" and then fine tune in post. By shooting soft (lower contrast, not less sharpness) they mean finding the lowest workable level of contrast at which they can originate. If they are shooting with digital video they are certainly likely to be using LOG files to compress the dynamic range in order to preserve detail in the highlights. The files are then uncompressed in post processing (or "grading") to bring back a pleasing contrast range. The R series Summicrons are coated lenses but they are much older coating formulations than are used on current top of the line lenses. This means that a bit of contrast in the Summicrons is subtracted by traces of veiling flare. The lens seems also to be computed to be of lower contrast as a trade off which is providing more resolution with the same basic optical formula. That makes this lens (and the other Summicrons in the R series) valued over contrastier lenses for moving picture production.
The second thing that gets called out as a big plus in that world is the very long focus throw between infinity and the closest focusing distance. The longer the throw (or amount of rotation; # of degrees) the more exacting the manual focusing of the lens can be. Additionally the lenses focusing rings can be more accurately marked or indexed to be able to hit an exact focus target when a focus pull is required. And the 50mm Summicron has a very generous focus throw coupled with a very smooth focusing ring. It seems to be the perfect combination for working film productions. But the very long focus pull can be a negative for still photographers, some of whom prefer short, quick focus throws which help images "snap" in and out of focus quickly and decisively.
I like using the lens for most of the same reasons. If used for portraiture the lower contrast is very kind to skin tone reproduction. The clearly marked and very accurate focusing ring is great for setting a known focus distance and forgoing having to focus through the camera at all. It's a lens which is very usable for hyperfocal distance focusing. You know, f8.0 and be there. 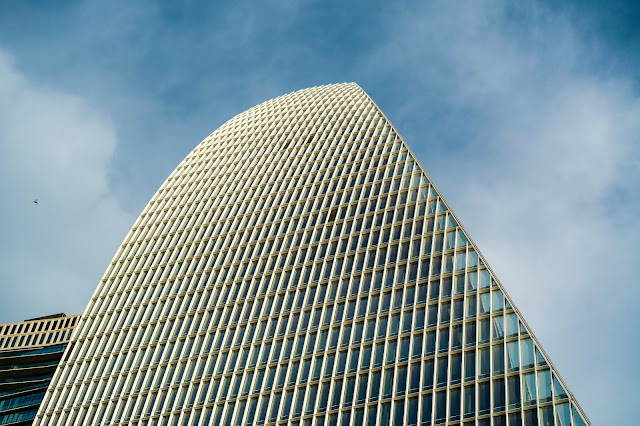 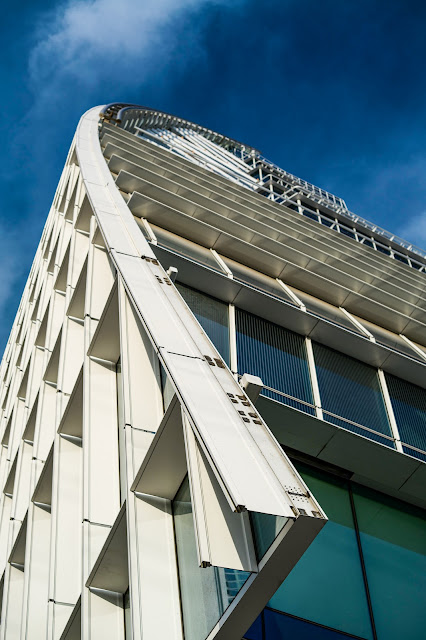 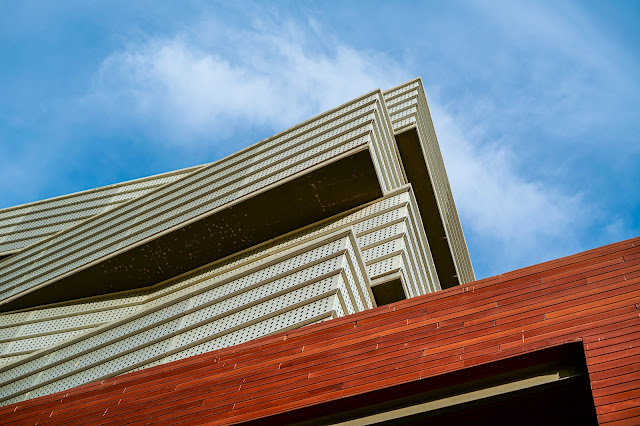 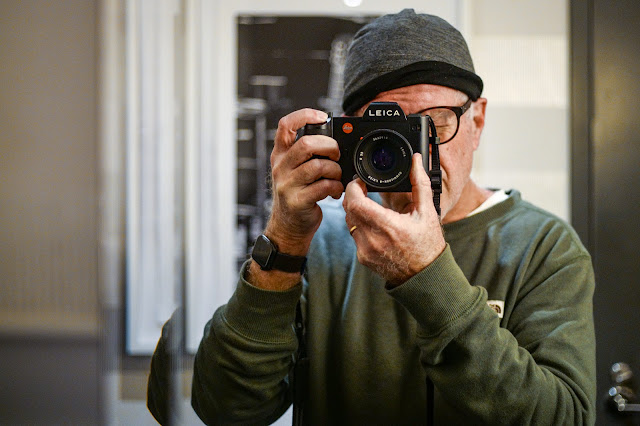 The beauty of a lens like the 50mm R Summicron, when used now with digital cameras and a full complement of post production tools, is that I can shoot flatter than is usual in camera and then add as much contrast as I'd like and add a much greater appearance of acutance by using the clarity slider to augment the adjacency effect in the mid-tones.

If you look closely at the image just above (Kirk with camera), I intentionally photographed at the widest aperture of f2.0 and with the camera set exposure at 1/125th of second and ISO 2000. The original file was flatter and a bit darker than the final here but with the addition of contrast the tones look really great. Increasing contrast tends to push the darker colors down into a zone that usually robs a file of shadow detail but with the assist of this lens, coupled with some judicious shadow slider work, you can clearly see nice and noise free deep shadow reproduction on the body of the camera and in the weave of the black band on my mat. The file takes advantage of the high resolution of the lens, even when used wide open, and, when combined with added contrast in post, gives an overall impression of very high sharpness in all the parts of the frame that are in focus.

While it's certainly not as quick to work with a manual focusing lens, especially one that has a very long focusing throw, there are many benefits for the photographer who can take his or her time to focus. The added benefit of using this lens with a Leica SL is that you can also benefit from programming in the lens profile from an in-camera menu. It tweaks the rendering by reducing vignetting at wide apertures and also takes care of color shift across the frame. As you should be able to see from all the files above there are very few visible flaws in the final product. And that's how a good lens should be.

This lens serves a powerful purpose here in the studio. I bought it (mint condition, with leather Leica case) for $500 and after having used it for a few weeks I see it as a preventative remedy to the ruinous desire for an SL 50mm Summicron Apo. The $500 investment in this glorious "old tech" has saved me from tossing away $5,500 for the new SL model. Sure, AF is great for a lot of stuff but I have decent autofocusing 50mm lenses I can use when needed. But the 50mm Summicron is a special lens and I can nearly always find the time to work around its handling shortcomings. I've had decades of practice.