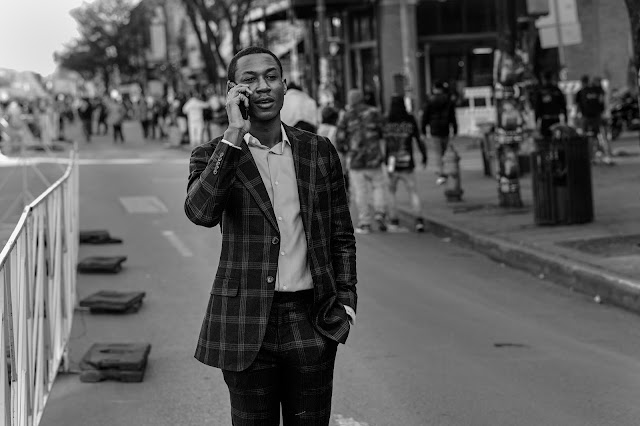 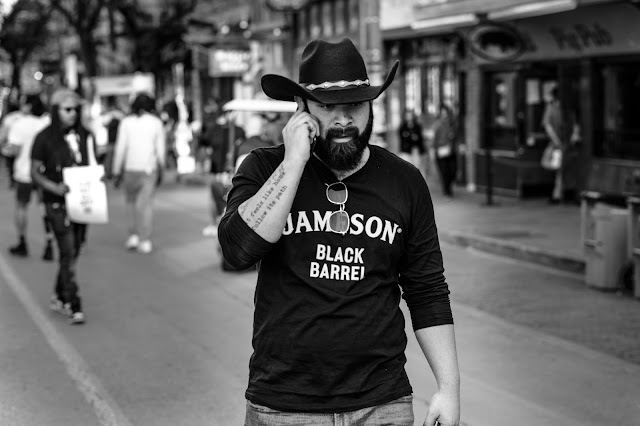 Another man on a phone.
I don't "hide" my camera at waist level. I don't often prefocus. I pull the camera up to my eye and telegraph my intention to take a photograph. It's the only way I'm really comfortable working. If a person doesn't want to be photographed they'll let you know. Otherwise you smile and continue. And maybe even nod a "thank you" as you pass by. 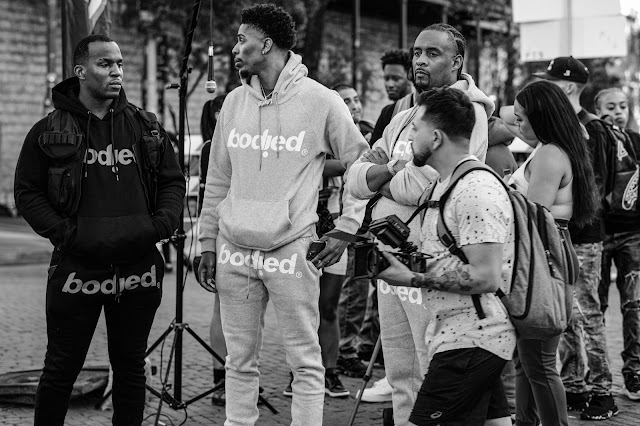 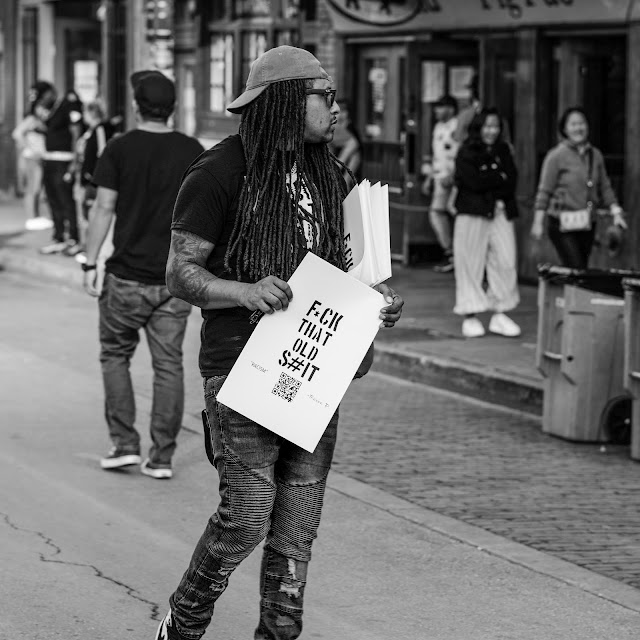 Cameras are super valuable targets? Naw. See the sign just above.
Don't buy anything you'd be afraid to take out of the house. 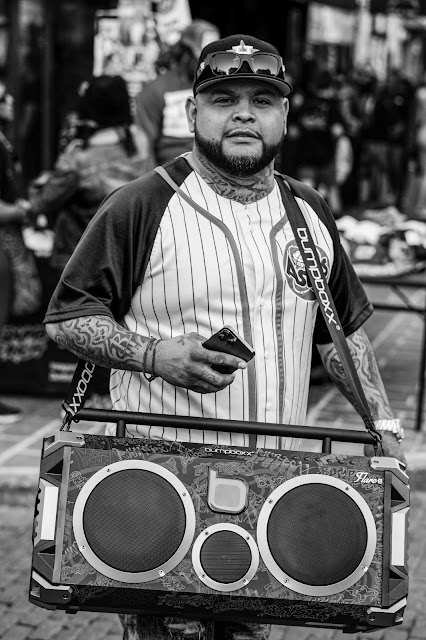 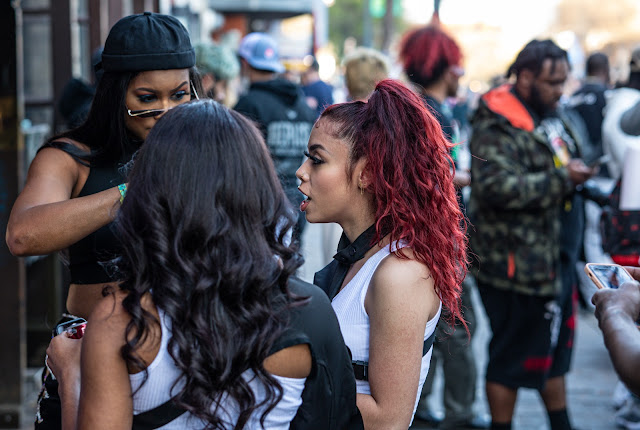 I couldn't decide what expression I liked best on the woman above with the magenta hair. So, instead of "grabbing" a shot and scampering away I stopped and waited and shot and waited and shot again and if someone turned at looked at me I smiled and kept on photographing. That's how I work. 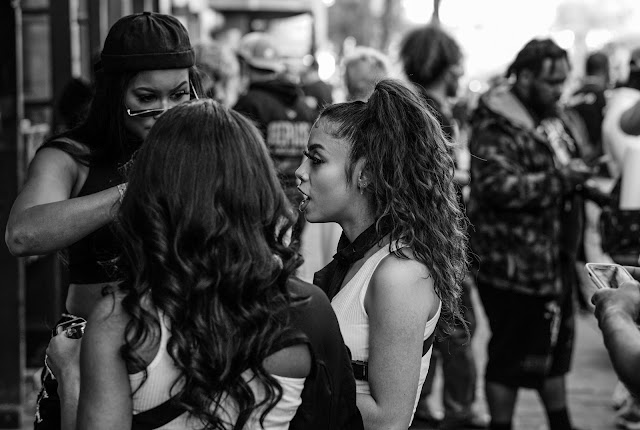 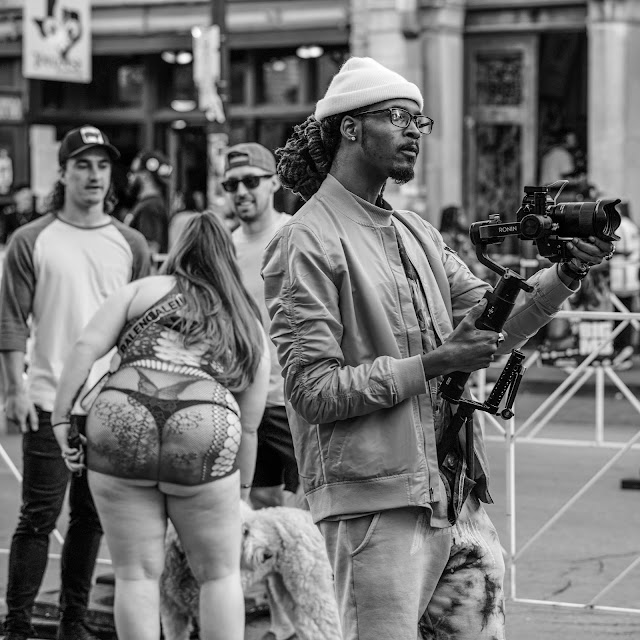 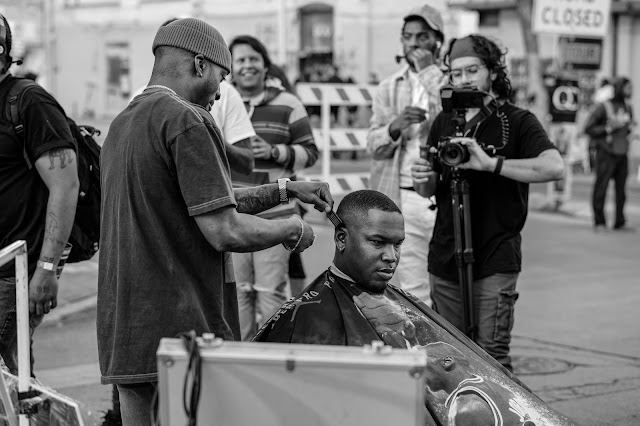 Okay. So I come across a guy getting his hair cut out in the middle of a three lane street in the most popular part of the entertainment district. Should I pretend he doesn't like attention or that he'll leap up from his seat and take umbrage on the photographer? Or should I acknowledge the bizarre nature of the situation and just go with it? That's a rhetorical question.... 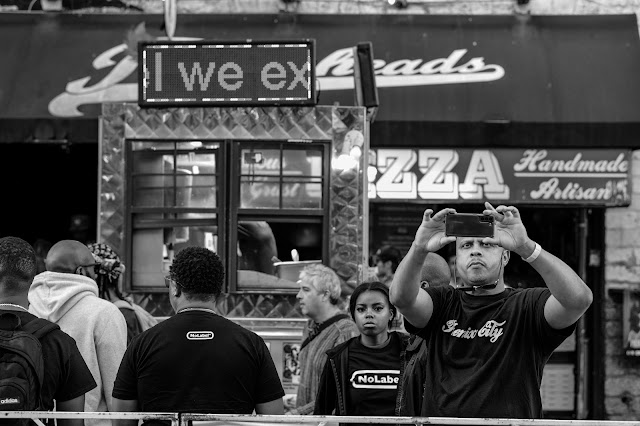 It goes both ways. I get photographed too. 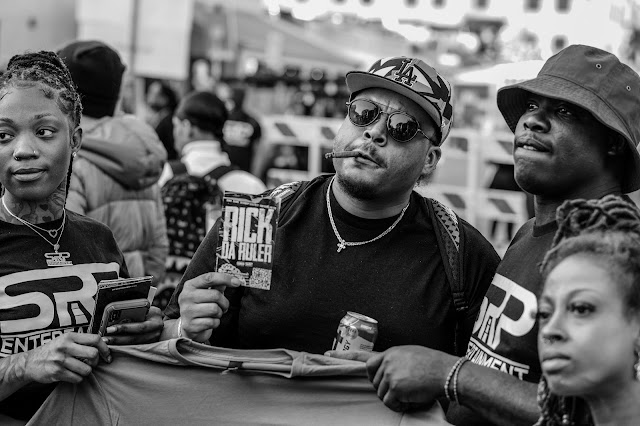 I get more keepers when I get closer. To get closer you can't fear your fellow
participants on the street. You acknowledge and document them. You join in the
shared energy of the moment. 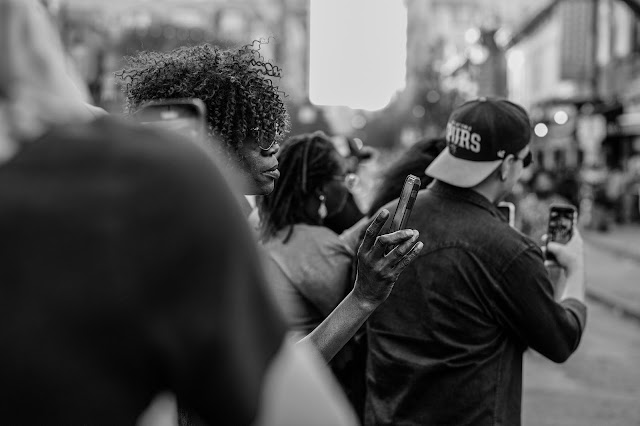 the fact that everyone is snapping away with the phones has made people less conscious of being photographed. They just roll with it. When someone asks what I'm going to use the photograph for I tell them I might put it up on my blog or on Instagram. And that's the truth. Sometimes, if they are interested,
I hand a business card with just my Instagram contact on it. Works for them. Works for me. 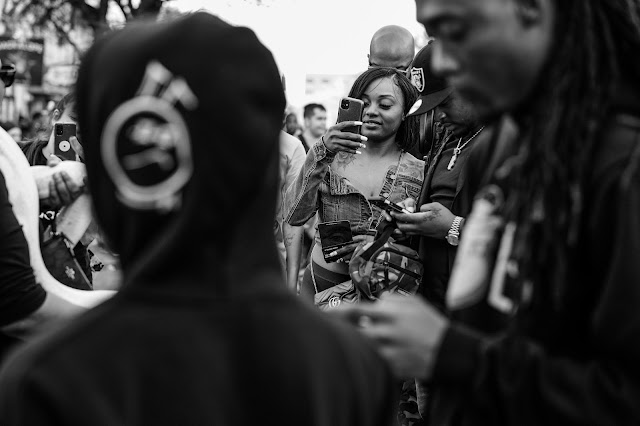 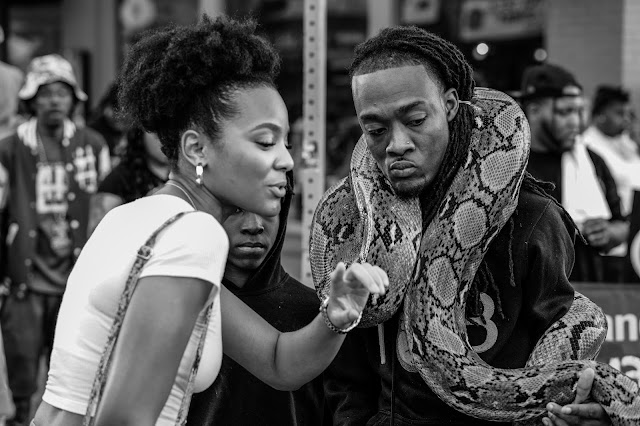 No one brings a ten foot, live snake with them to the bar district unless they want attention. The idea that one would fear snapping the photo is funny. People might be better off if they don't take themselves so seriously. Really.

Posted by Kirk, Photographer/Writer at 15:59 11 comments: