The end of photography is nigh. The economy is falling apart. But...

I answered emails today and got booked far ahead for a corporate event starting on the17th of November and a more detailed project starting on October 24th. Both traditional commercial photography.

In other news clients are paying their bills quicker. About a five day gap between billing and receiving  payment these days. Based on this year's transactions.

And...clients are taking price increases in stride. We've raised rates by between 20 and 30% this year (depending on the type of assignment) with no push back from nearly a dozen clients to date.

We're trying to track our billing to inflation and our track our spending with a recession in mind. It's all a crap shoot but I'm not really seeing any of the doom and gloom come to fruition.

I am seeing the trees and landscape drying out and turning brown. But business? Still green. 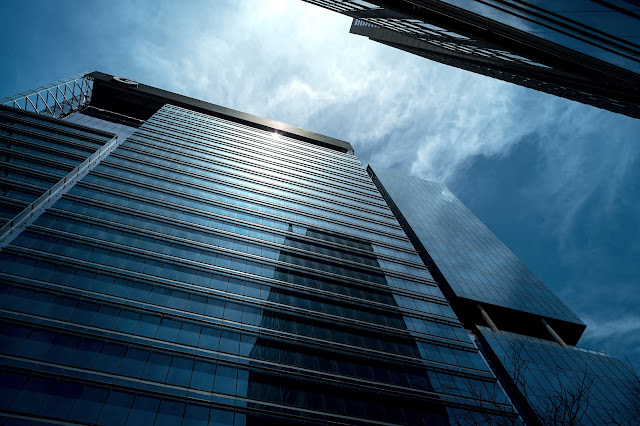 One of the Google buildings in downtown.

Long term clients are a nice thing to have.

Posted by Kirk, Photographer/Writer at 15:30 3 comments: 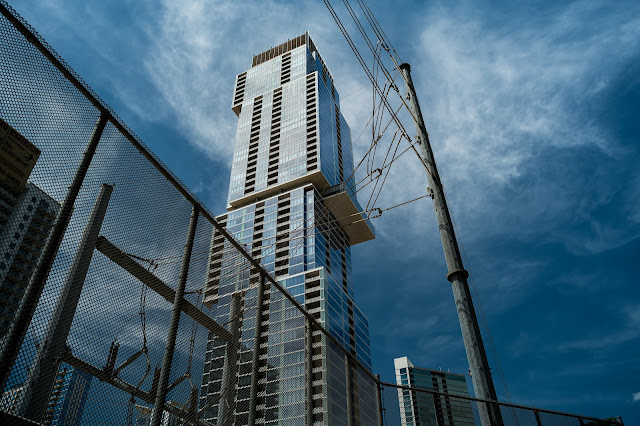 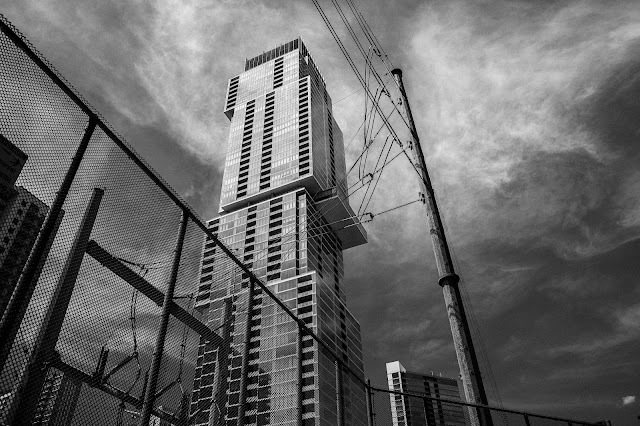 These are not exactly the same frame. They are sequential frames. Each edited in its own way.

Sample images by request of a reader... 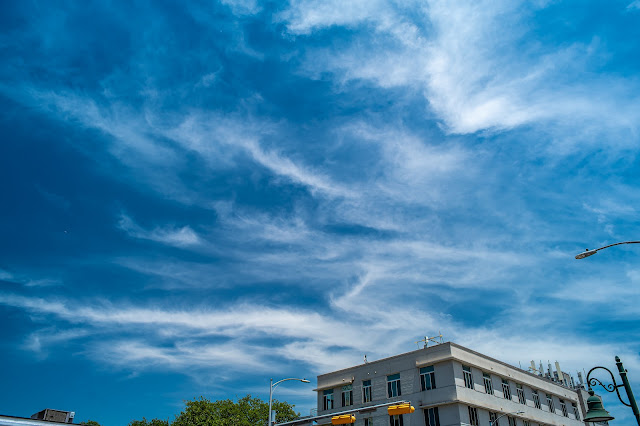 I used to harbor a prejudice about putting filters in front of good lenses. Any filters. Any good lens. But shooting video has broken me down. If you are going to shoot video outdoors you are going to have to come to grips with the reality that you'll need neutral density filters. And since it would be insanely time consuming and therefore frightfully expensive on an ROI basis to post process say, a sky in a video during post production we quickly found that a circular polarizer goes a long way to restoring most of the drama you see in skies speckled with clouds... if you take time put on the filter as an efficient method of pre-post production. Get it right in camera and you have a lot less twiddling and swearing to do in your editing suite. And, of course, this all ports over to still photography.
If I photograph an urban-scape image in color and the sky is lackluster there are several common treatments I can do in Lightroom. You can use the selection tools to "select sky." Once your mundane sky has been selected and automatically masked you have a range of controls like exposure, contrast, clarity, saturation, etc. with which to enhance the difference between the white clouds and the blue sky.
I like to select skies and then increase the saturation just in the blue channel to make the blue of the sky pop against the clouds. Adding a bit of contrast can be visually useful as well. It's cheating but cheating exists in this realm on a sliding scale and it's not "as cheating" as a full scale sky replacement complete with rainbows and circling bald eagles. And hints of unicorns.
But everything takes time and it takes experience to know where the line is between presenting your audience with believable images or stepping over that line and just insulting them.
On Sunday I took a 28mm lens out for spin and I put a circular polarizing filter on the front of the lens. Never took it off. By carefully orienting the filter for each shot I was able to get the same kind of enhancements directly in camera, tweaking the exposure of the captured skies a bit, after the fact, just for fun. No other big moves needed to be made.
It's a lot of fun.
Make sure you test your filter so you don't shoot a bunch of stuff before you find out that your inexpensive, "bargain" filter has a rude color cast.
I now have a box in the lens case filled with N.D. and Cir. Polarizers ranging from 52mm to 82mm and I'm starting to carry the polarizers with me when I go out to shoot photographs. The N.D.s generally only come out when we're shooting video. 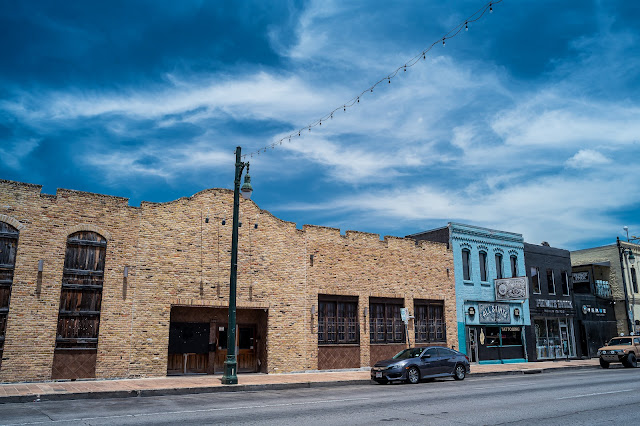 just to be clear: I am still against using "protection" filters on great lenses.
I'm only willing to slightly degrade the expensive optics if there is a real
payoff.
Swimming: I swam in the chilly, spring-fed, Deep Eddy pool this morning. Unlike a coached workout I just hop in and swim a leisurely mile or so these days. It's more of a recovery workout from the hard swims we do over the weekend. I've been doing swims seven days a week for a while now and the consistency made it nice.
I read an article a few days ago about the health benefits of swimming or just hanging out in colder water. Apparently it can reduce immflamuation throughout the body. It's also used in some advanced mental health practices as a therapy for anxiety, depression, and a handful of other disorders. Seems the experts are finding that swimming, and even just being in the water, is presenting more and more health benefits with each new study.
Maybe, if you are feeling bit down or off this week, you could find a chilly body of (clean) water and spend some time partially submerged in it. I know that the cold water's effect on me lasts for hours and hours after I've spent time paddling about in the early hours.
We're lucky here. We have a big, spring fed pool with lane lines and bottom line markers. We also have the 1/8th mile long spring fed Barton Springs pool. Both are city pools and both are generally open year round with constant water temperatures between 68° and 74°.  Real wealth isn't a Rolls Royce or a private plane. I measure it in access to a good swimming resources and the spare time to use it. Often.
Posted by Kirk, Photographer/Writer at 11:41 1 comment: