Getting it right before you go to post processing! 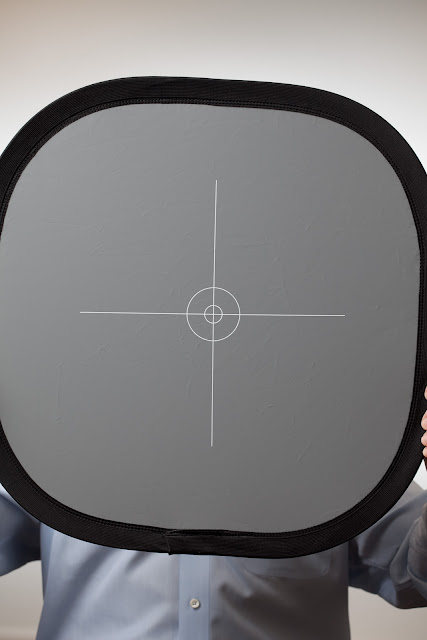 I'm as guilty as anyone of putting a camera in RAW mode, setting the white balance to AWB and flailing away with the idea that I can fix it all in post.  And from a purely scientific point of view I am sure you can fix color in post given enough time and a discriminating eye.  But since the eye is a great comparator and a lousy rememberer wouldn't it be better if that was one of the things that we figured out up front?  Makes for one less step in post production and it's a step (in post)  that can adversely effect exposure settings, contrast settings and more.

I started to take this seriously when I sat through one of Will Crockett's workshops and heard him talk about his Jpeg centered process of "Kill it and Bill it." His philosophy is that careful incident exposure metering, coupled with nailing white balance at the outset means that you can use images right out of camera.

I didn't go jpeg but I put the time savings of correct, upfront, white balance to the test yesterday on a commercial shoot.  My friend, Lane, hired me to take photos of doctors and clinicians for a local sports medicine practice.  I wanted to make sure my flesh tones were consistent from set up to set up and I wanted to spend less time doing corrections before putting up web galleries for selection ( you can tell people til you are blue in the face that the uncorrected galleries are just thumbnails and will be color corrected but you will prevent much friction and second guessing if you just get the color and exposure on the money before you make the jpegs for the galleries.....) so I could efficiently spend time with the finals instead.

to set my white balance for each set up.  I like to use the gray because the white requires you to really nail the exposure for the most accurate color.  Cameras seem to nail gray better....... My Lastolite is custom made for Will Crockett and has a focus target in the middle so I don't have to set my camera to manual focus or let it hunt.  The regular ones don't have the target but you could add your own with a Sharpie.

Long story all summed up.  Using an incident light meter let me know that there was a half stop difference between what I saw on the back of the camera on the LCD and what the actual exposure was.  The calibration out of the box was one half stop dark which made my files half a stop too light.  The gray card custom white balance setting meant that every single frame matched and required NO tweaking.  Interesting how a sensible shooting workflow can save hours on the back end.  Very nice.
I'd gotten lazy.  I'll fix that.  We're getting busy again so it's time to figure out all the ways to be more productive in a fixed time frame.  Ahhhhhh.
Posted by Kirk, Photographer/Writer at 11:25 16 comments: