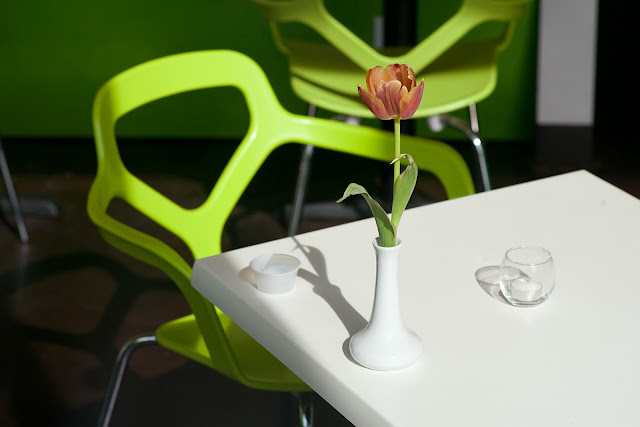 The current camera crush is for the Canon 1Dmk2N.  I love the way it handles, love the finder with the newly added split screen, love it in conjunction with the 85mm Zeiss 1.4.  Everything seems so beautiful. 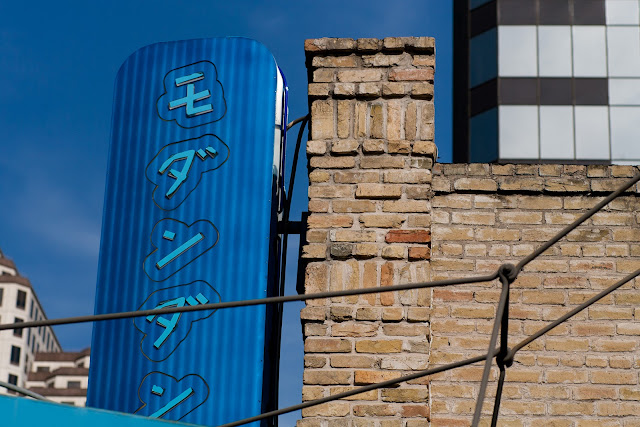 When you shoot any of the 85's at 5.6 you're in for a sharpness treat that's unbeatable.  Nikon, Canon, Zeiss......at f5.6 it doesn't matter.
In the past the industry of photography seemed like a well trimmed fleet of battle cruisers brimming with the hot weapons of the day and moving forward with a certain amount of cohesion and fortitude.  Now the industry (from a photographer's perspective) looks like a bunch of inflatable boats and Sunfish sailboats and air mattresses, along with some rusting tugboats and a few party barges, bunched together precariously on the swells.  Moby Dick lurking just under the froth.  Menacing.  Sharks circling.

The chatter on the APA (Advertising Photographers of America) forum today is all about the article that ran in the Washington Post on Saturday talking about David Hobby's role in hastening the decimation of the commercial markets for photography by teaching the unwashed the carefully guarded (eye roll insertion) secrets of the brotherhood of high day rates.  There is much tearing of holy cloth and gnashing of angst riddled teeth.

I think David Hobby is a convenient target but the reality is that there were never secrets that couldn't be found in books over the last 50 years.  It's just that most people are too busy/dumb/lazy to read  and they finally found a group of savants that were patient enough (or financially desperate enough) to stand up and teach them, step by baby step, to use their cameras and lights.  And the little screens on the back of the cameras took away the fear of not knowing while the "free" files took away the economic sting of a learning curve.  Nearly every cogent topic covered by Hobby on his Strobist Blog,  was in Bob Krist's 1996 book: Secrets of Location Lighting

.  Really.  It was right there for everyone to exploit.

I bought a copy and devoured it.  And then there was Jon Falk's book, Adventures in Location Lighting

,  1992.  This was an incredible book.  The book covered triggers, external batteries, DIY modifiers, reflectors, working in mixed light.  Sound familiar?  That was nearly 20 years ago.....

is just an updated riff on Falk and Krist's classics.  We added CLS or TTL flash control and dialed it into the digital market but the salient points came from way back when.  Off camera flash cords that maintained auto control of flash?  Pretty standard on the Vivitar 283 from the early 1970's.

No, David is a convenient target but the reality is that the smart amateurs of the days past and present knew that the market for paid photography was a tough one and counted themselves lucky to have "real" jobs.

Three things are really responsible for destroying the markets (and don't believe for a second that all the APA photographers are worthless hacks who "just need to up their games"):  1.  Accountants took budgeting decisions out of the hands of creative experts and started to treat all imaging as a commodity.  Hence the pushdown for the cheapest images possible at all times. 2.  In case no one noticed the economy has been free falling since late 2006.....and photography is hardly a life or death substance that bubbles up, by necessity,  to the top of every budget.  And, 3.  Now, with enough hand holding and step by step instruction all the people who were too dumb to master traditional photography could fling themselves into the flattening market with abandon.  And since they lacked, for the most part, any good education in business or accounting or aesthetics or art or history they had no idea that they were producing visual crap. Or that they aren't even covering their cost of doing business.  The cream might rise to the top but which buyer has time to sort thru hundreds of barrels of crap to find the magic cream?  And once they find the cream will the accountants let them buy it?  Not when there's a plentiful supply of "good enough" stock at hand.

Will it change?   Does the universe care?  No.

Eventually markets will recover and most people will realize that they've been subsidizing their clients and they will relent and go back to real jobs.  People don't really want freedom because, to quote Janis Joplin, "Freedom's just another word for nothing left to lose..."  And no one wants to be a loser....

We (old haggard photographers) will  stay in the profession as long as we can because we're addicted to the identity of being a photographer and the wonder of making art.  But it will all change.  And just like American students' math test scores;  not for the better.

So the APA members on the forum were talking about the final demise of the industry.  Our big battleship studios are long gone.  Our decided tactical advantage of "weaponry" has been degraded.  All we and they have left to offer is our vision and professionalism.  Now we have to find the clients who actually want vision and professionalism.  I suspect they are as rare as great white whales.  Or the budgets with which to hunt great white whales.....

Please note when you read this that I'm only discussing the markets for paid, professional photography.  I'm not trying to run down hobbyists who use David's techniques for their art and enjoyment.  I'm not saying learning is bad or that techniques should be protected like IP.  I am saying that stupid people ruin markets.  We should do a much better job educating our populace.  They might then value their time and expertise (however garnered) and not want to give it away for less than free.  That would help everyone.

Posted by Kirk, Photographer/Writer at 15:38 46 comments: