Does photography matter anymore or has it become a video game? 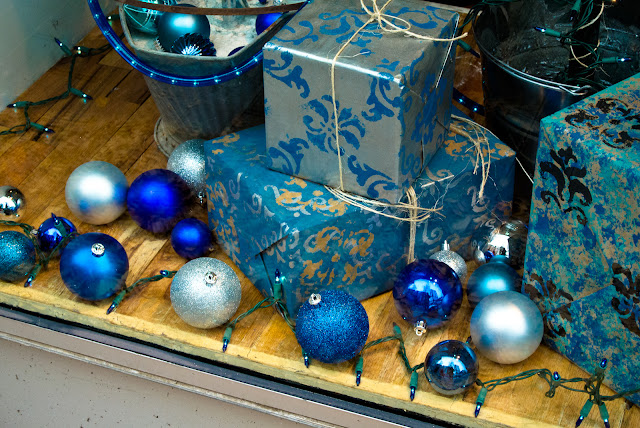 Have you become your own gift wrapping?

I was just reading a piece in Ad Age Digital, here,  (the daily online "magazine" of Ad Age) wherein writer, Chas Edwards tosses out a few factoids.  According to his research and the research of companies like Facebook, and a Harvard Business School study, "70% of all activities inside the social network---from "liking" and commenting to looking at friends' content or uploading your own content-- revolves around photos."

Everyday the masses on Facebook upload about 250 million photographs. (And all this time you thought it was the witty uploads of your favorite Dilbert and What the Duck links that made Facebook popular....).   The next interesting factoid is that ten percent of all photos taken in the history of humanity were taken in the last 12 months.

But what does this really mean?  On one hand I would say that all photography is local.  And by that I mean that you photograph only the things that have meaning to you.  Your kids, your hot girlfriend, your cool car, you loyal dog and your favorite coffee.  You also photograph the world around you. And this is the stuff that most people throw at FB.  But how does all your "local" photography hurdle itself over the borders and become more widespread and viral?  From my perspective I don't think 99.99% of it ever does.  And it probably shouldn't.

Is your photography relevant?  I would say that it's highly relevant to you and the people one degree of separation away from you and becomes more and more like meaningless noise the more degrees it departs from the intimate awareness of you and yours.

Some stuff has relevance because it's outside our everyday reality.  I put in that category cool shots of SR-71 spy planes in flight,  very hot super models nude, or barely clothed,  very ferocious animals that are not in captivity, and food I couldn't afford to order on my own budget.  Your list will vary depending on your gender, social class and your global mobility.  Charming photographs of Roman citizens will have more inherent interest to liberal arts majors in the U.S. who have limited travel budgets than to people in the EU who can pop down to Rome for a weekend of pub crawling or whatever they call that activity in Rome.

A person with fabulous genetic material and perfect offspring will be far less interested in photos of other people's lesser children.  A photo of a trailer park may be boring to public assistance apartment dwellers but amusingly droll to people working on Wall St.

But I contend that while there's an enormous amount of misdirected lifestyle documentation by everyone with a cellphone or Walmart acquired "family" camera, there's also a tremendous amount of photographic shooting and posting that falls into the category of video gaming.  It's currently cool to walk around with a camera and shoot stuff.  It's cool to have a blog and it's cool to upload stuff that you think will garner good feedback from as many people as you can ping on your social network. This is true whether you are a rabid amateur or a "working professional."

It's not that you really care about the images, per se.  But you really enjoy the physicality of taking them and the implied art credentialing of "having taken them" that matters the most.  It's like earning badges in Pokemon or getting weapons in World of Warcraft.

And really, don't presume that I'm looking down my nose as a professional photographer and condescending.  I'm not saying this to drive some fictive wedge between what you do and what "professional" photographers do because,  I am here to acknowledge that I do it too.  And I think that all but a handful of photographers fall into our big intersecting ven diagram.

I've caught myself unconsciously changing notions of perceived values and historic methodologies as a response to my own video game-style stylings of photography.  So this is really a confessional column as opposed to a rant or a denouement.

I've become habitual about walking around with my camera flavor of the day and taking meaningless images of pretty girls at the coffee house, "interesting" architectural details and puffy clouds juxtaposed against blue skies.  I can pretend to myself that I'm testing some technical thing or that I'm really drawn to some facet of the images I create but in the end my disposition of the final images tells the tale.

I pick the ones I know my readers will like best, post process them to taste, post them along with whatever written rant or exposition justifies their existence and then discard them.  That's pretty much it.

In the days of film or early digital good images were hard won.  Like playing a video game without any of the hacks or hints or tutorials.  It was hard work to make a good image.  No wonder so many fewer people were interested in photography.  But we felt like artists and craftsmen.  We saved every decent frame.  We cataloged them and put them in archival folders to protect them from the ravages of time and we had the conceit that they would be our solace and a source of income (as stock) in our old age.

But somewhere along the line it all became so easy.  Not the real art, that's never been easy or hard, just relatively unobtainable.  But the process of seeing and making stuff sharp and well exposed has been transmuted from arcane practice to speed dial. And the latest generation of Sony cameras will even help you with (not lying here) auto composition !!!  Now I'll pull ten images from a folder of 400 and post them.  I'll give the rest a cursory look and drag em off to the little trash can icon and flush them without a second thought.

Why should I?  I can't take them along with me to level five.

Think about it.  Really.  I went to SXSW and photographed people I thought might be interesting.  What that really parses to is I photographed people who I thought you'd be interested in because in some mentally mathematical way it accrues me points when you "like" my photograph or "RT" my link to a blog full of images.  When I accrue enough points I become a magical bridge elf or a Pixel Ninja Warrior and move to the next level of play where my earlier accrual of points gives me access to a different part of the game. (More workshops? Sell more books? )

And when the game stops for the day I go off and do something else.  But I guess the real test is this:  If it's not all just a game with multiple players and levels and point rewards tell me how many images you make that you would consider spending money to print and mount and frame and put up on your wall and (most importantly) bear to look at every day of your life?  How's that for a test?

So, if I do it and you do it and we all do it and many of the big names do it does that make this a rant or an observation on the changing value of photography?

Clients still need people to make smart and perfect photographs and that's why we can still make a living doing photographs.  But at a certain point, with enough players in the game, the uploaded materials will be an interesting buffer to the need to pay to create more.  And if the players are playing for points instead of cash the value of an individual image will have subsided to an atomic particle level.

If you read the article I refer to you'll see that marketers have decided that big, interesting images will attract eyeballs.  Now the challenge is to figure out how to "monetize" the social networking sites.  And the randomness of the images plays against the marketing but it also provides this opportunity:  With the right TOS every image uploaded becomes a bot for an app or an ad.  You upload cheerleader Suzi  because you think your daughter is cute.  The marketers know that a large chunk of a certain market will find her to be "hot."  Marketers of products which appeal to that demographic will be able to "surprint" the image with ads.  The ad might pop up after you've had a few seconds to digest the image.  You'll have to click the ad away if you want to re-access the full image.

But it would just as easy to offer an app each time the image comes up.  If the marketers have to pay for an incredibly diverse catalog of images then profitability falls.  If every freely contributed image, regardless of mass merit, can have an ad attached then you've completed the circle.  By playing the video game of photography you have provided (we have provided) all of the content and we've honed it for the marketers to appeal directly to our very narrowly defined demographic market.  You "win" the adulation of the very group who will be subject to a relentless "micro-ad" onslaught.  And when the value of an image is placed at the microscopic level will the relentless friction of that trade eventually dissolve the profit of creating primary content for payment?

I guess it's the same as it's always been.  If you don't have some sort of destination in mind then you're really just driving around, burning gas.  Could we be at a tipping point?

I've long believed that spending time shooting hones your skills.  I may have been wrong.  You may be better off grabbing space on a comfortable couch and reading a good novel.  Otherwise you might just be creating the free content that will both compete with your aspirations of being a "paid" photographer while driving mostly effective advertising messages right back at ya.

An interesting parasitic circle, for sure.
Posted by Kirk, Photographer/Writer at 13:36 18 comments: