The Good, The Bad and the Ugly of the Sony a77 Camera. 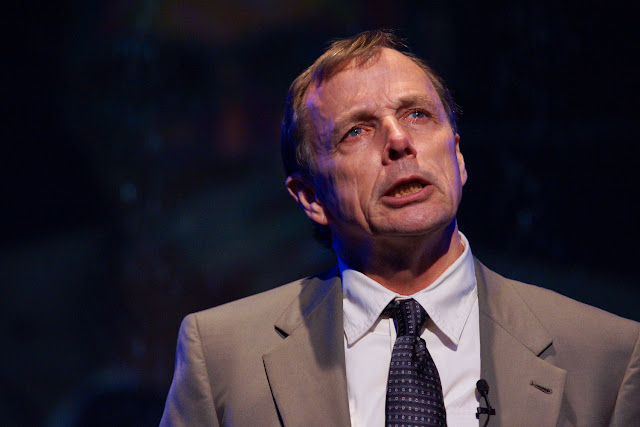 Last night I photographed The Laramie Project, for Zachary Scott Theater.  It was a dress rehearsal.  For those of you who don't follow theater the play is about the murder of a gay college student by two home town boys from Laramie, Wyoming.  It's a powerful play.  My job was to document it.

This was my inaugural break-in of my two Sony a77 cameras and two interesting lenses, the 16-50mm 2.8 and the 70-200mm 2.8.  I had tested the camera around town and in the studio and I was interested to see how it would perform with a dark stage and pools of bright light.

Let's do the good stuff first.  Batteries! I shot approx. 1700 frames between the two cameras and each one showed a remaining battery charge of at least 60% charge at the end of the evening.  I could say I didn't "chimp" much but with an EVF you are doing full time pre-chimping.  I carried an extra battery but was happy not to have to use it. 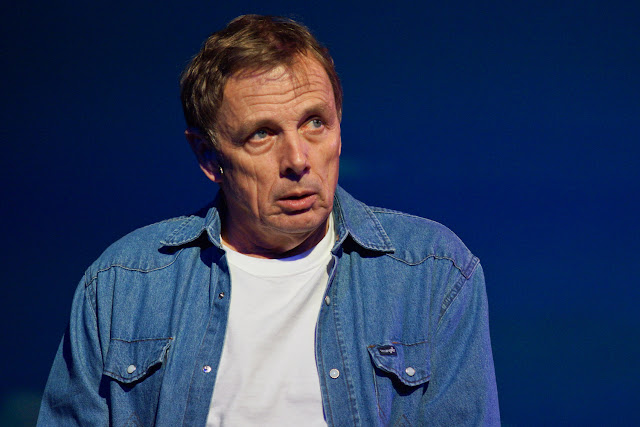 The method of shooting with an EVF makes shooting theater easier.  You see exactly what you are getting, in advance, with every light change and every color shift.  I kept the aperture relatively constant and just used the front control wheel to shift shutter speeds to match light changes.  When you can see the exposure results of your shift in shutter speed immediately it makes shooting faster and more certain.

Another plus for the EVF is that you can review shots in the viewfinder when you need to stop and review instead of on the screen, so the light doesn't spill out into the dark room and distract people behind you.

The focus was invisible to the process.  Right on the money every time.  I didn't even have to think about it.  In fact, for parts of the show I enabled face detection AF and that worked well too.  Both of the lenses are sharp and work smoothly.  No problems there.  The 70-200 is big but I like the "on barrel" focus locks. 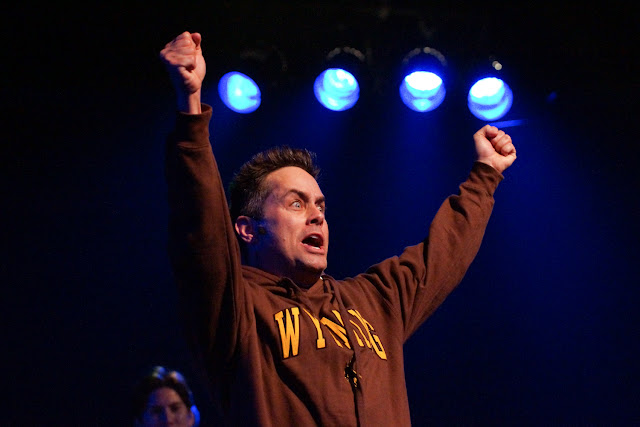 Also in the good box: The shutter is much quieter than other cameras I've used recently because there's no moving mirror and I have the electronic shutter enabled for the first curtain.  The camera is very responsive. 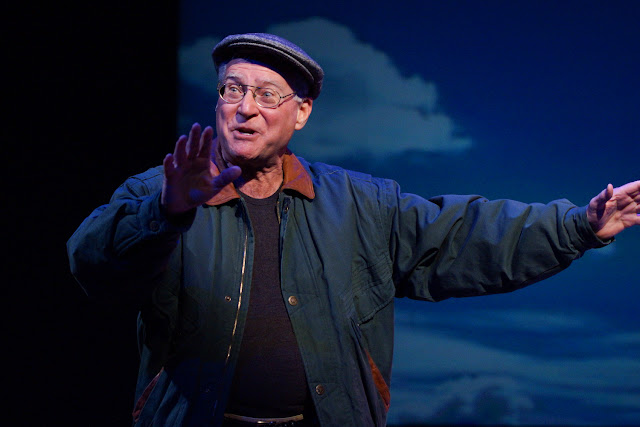 I decided to shoot Jpeg, fine, full size, since the client was in a rush to get files to the media and we wouldn't have time to do frame by frame enhancements.  The files generally look good.  I do see a difference between the quality of the jpegs and the work I've done with the raw files.  There is a quality difference.  If I'd chosen Extra fine or Super fine (or whatever Sony's nomenclature for their least compressed Jpeg) I'm presuming that the files would be a bit better as well.

So, all the camera and lens stuff, from a mechanical point of view works fine.  Where's the "Bad" and the "Ugly"?

The files (at least in "fine jpeg") turn to crap.  And not just manageable crap.  Real crap.  I started out the evening shooting at 3200 because I'd heard some anecdotal stuff on the web about being able to shoot there with a little work in noise reduction software.  Not true.  At least not for me.
The details get mushy (I was using the "low" setting for noise reduction) and the noise ramps up a lot from the relatively tame 1600 ISO setting.

But here's the really ugly part.  If you are shooting against black or dark areas you'll get a speckling of tiny white dots randomly distributed throughout.  And noise reduction capable of eliminating the dots eliminates every bit of detail and turns the file into a plastic mess.  Please remember, I didn't shoot RAW, I was shooting Jpeg fine!  I chimped at 100% very early in the show and saw this. When I shifted the cameras down to ISO 1600 the white dots completely resolved and the images were much improved, technically. 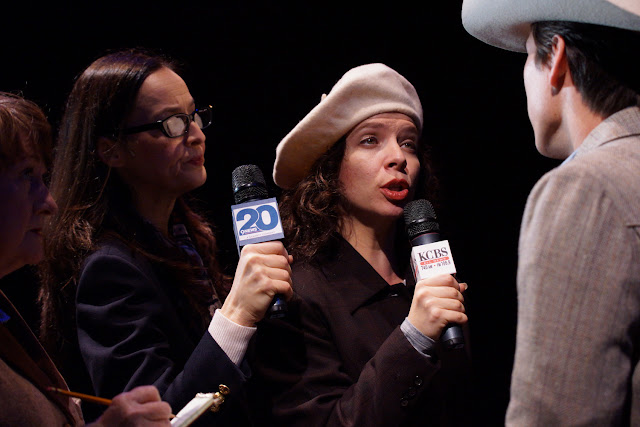 Now, here's the disconnection.  The camera is shooting enormous files.  They spec out to something like 13.3 by 20 inches @ 300.  When the images are reduced for normal use, say in page sized ad, the white specks don't show.  Crop then blow up and you'll be in a world of aesthetic hurt.

So, how does this affect my romance with the Sony a77's?  It's still too early to tell.  I know that if I use the cameras to shoot live theater rehearsals I'll make a point to keep the ISO at 1600 or under.  At 800 the files are great.  Next time I'll shoot at the highest Jpeg setting and, if there's time I'll try to shoot Raw.  On the other hand the test shots and portraits around the studio shot a ISO 50-800 are great.  The files are incredibly detailed and the dynamic range is what I was hoping for.

So, does one camera have to be the jack of all trades? Or is it okay to own cameras that do some things really well and a few other things less well?  For now I'm firmly on the side of the cameras that can make really nice images in my studio and in most locations.  Theater is pretty much my worse case scenario.

Truth be told I'll probably press the micro four thirds cameras into service for my theater stuff because I've assembled some fast and very high quality lenses that are a good match.  The 45mm 1.8 and the 25mm 1.4 are particularly good choices. 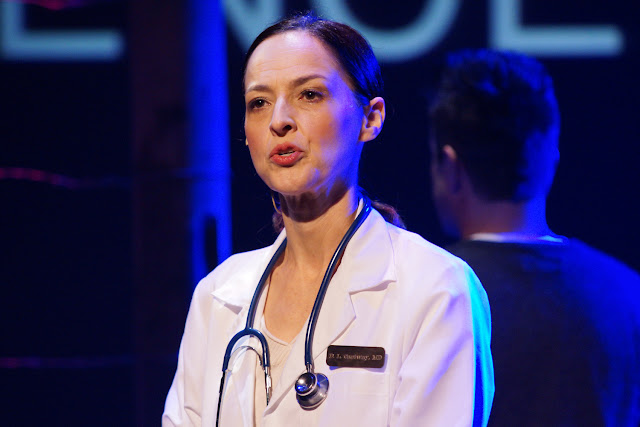 Once I figured out the safe spot for ISO I sat back and enjoyed shooting.  In my mind it's a trade-off.  I really like shooting with the EVF in these situations.  I like the responsiveness of the  cameras.  And I think the files are good at 1600.  As good as we need them to be.  Would I like them to be better? You bet.  This is an instance where both DPReview and Pop Photo called the limitations of this camera just right. 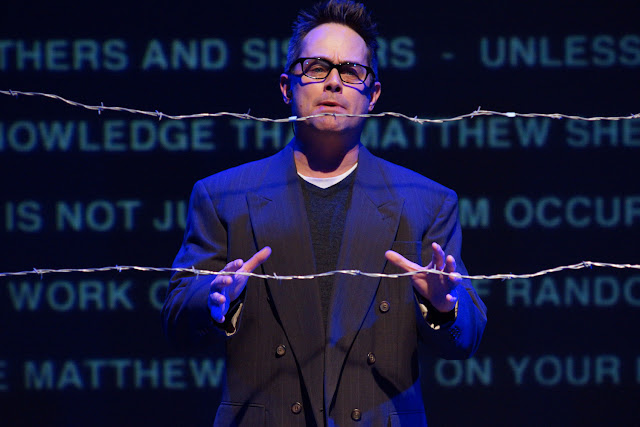 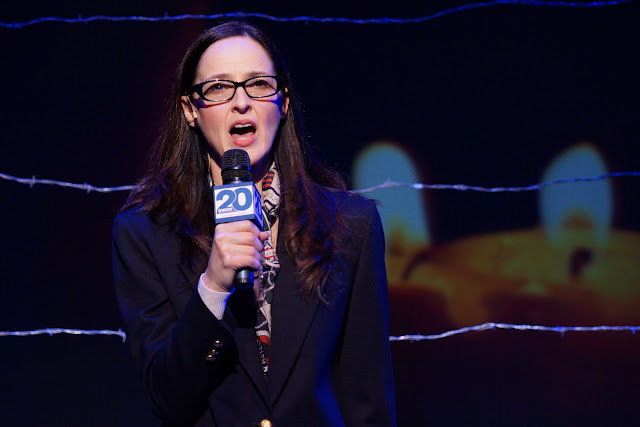 I'll spend some time figuring out how to suck the best high ISO performance out of this camera but for now I'm mystified as to why they even bothered to stick ISO 6400 in the menu.  I guess it's there for those times when you absolutely have to have something.  But don't bet on it. 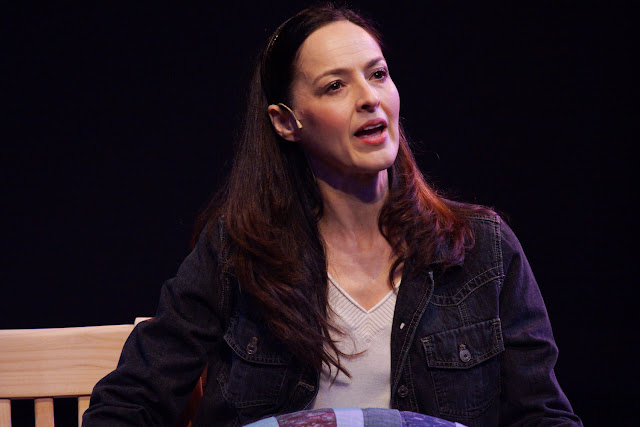 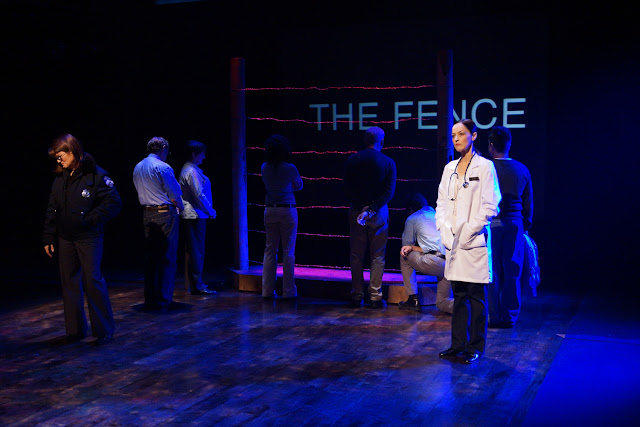 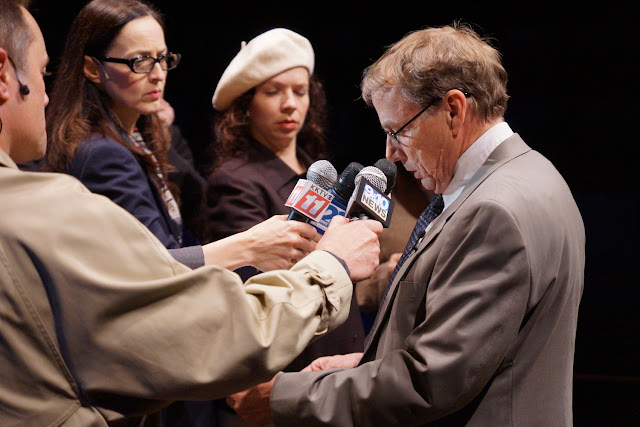 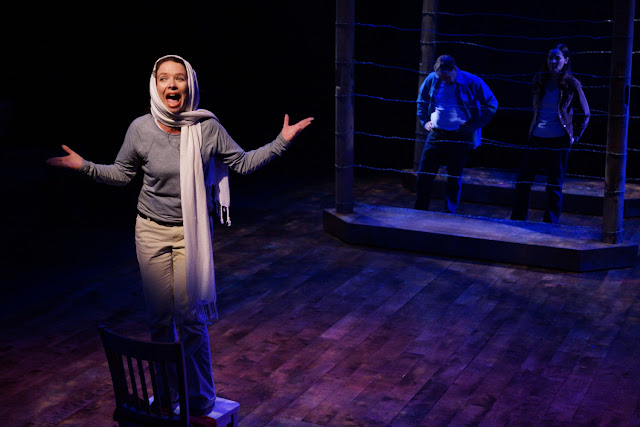 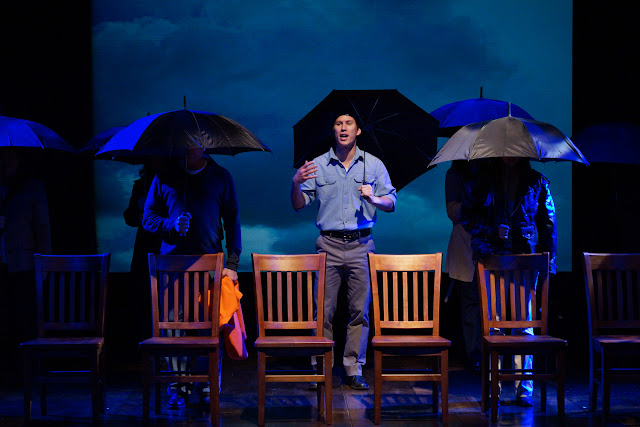 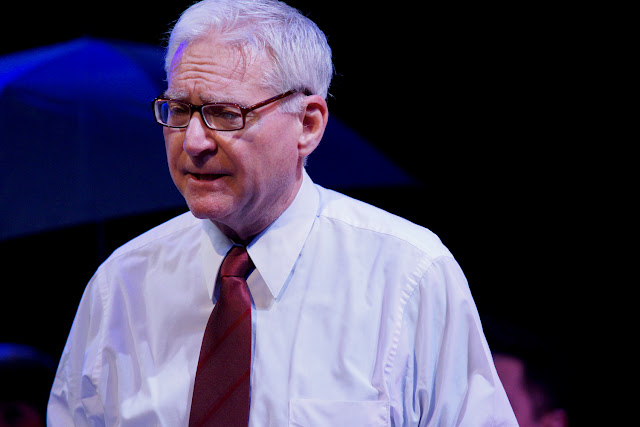 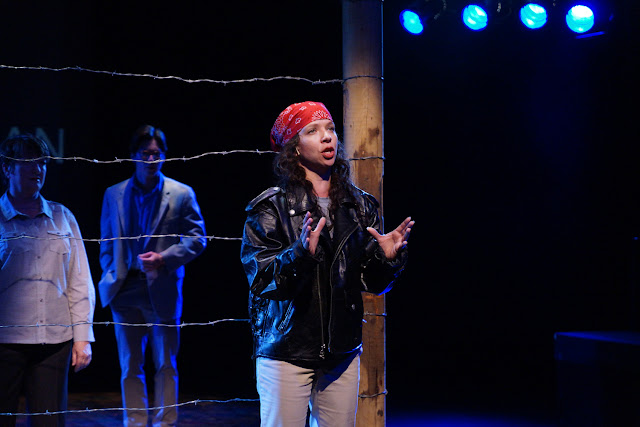 If you live in Austin and you like serious theater you might want to see The Laramie Project. It's well directed, wonderfully acted and profound.  Each performance is in three acts with two intermissions.

If you are thinking of buying a Sony a77 for wonderful low ISO performance and great dynamic range, then welcome to the club.  If you want one because you love shooting low light and high ISO then STOP !!!  Get a Nikon D3s or a Canon 1Dx and you'll be happier.

I know there's a trade off in here somewhere.  I'm off on my search to find it.

More to come as I experience it.
Posted by Kirk, Photographer/Writer at 14:14 29 comments: