Photography is our ultimate, personal time machine. Use it often. Use it wisely. 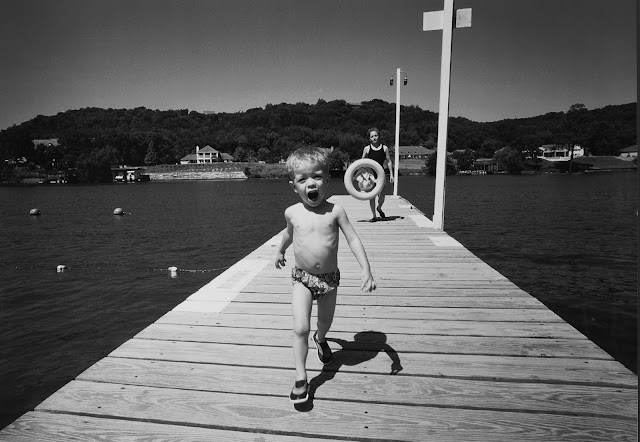 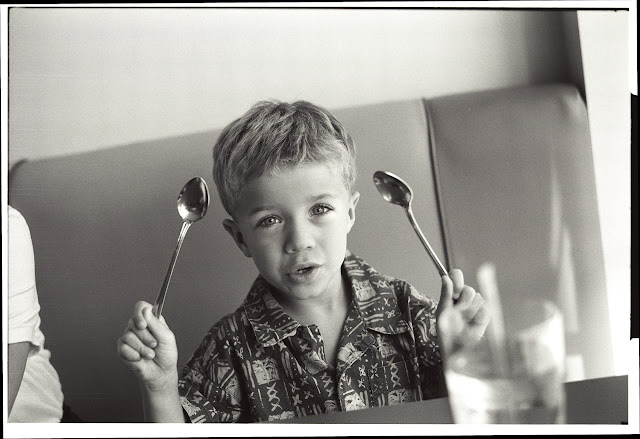 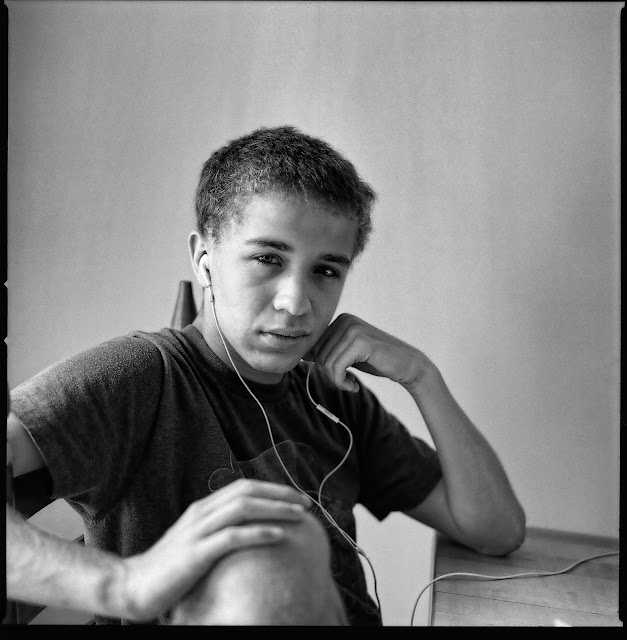 Life flies past faster than you can imagine.  One minute you're changing diapers and then next minute you look up and that same person is asking you for the car keys.  And in the end you have the experiences and the souvenirs.  And the souvenirs are mostly the photographs you were prescient enough to take.  And believe me, which camera you use doesn't matter in the least...
Posted by Kirk Tuck, Photographer/Writer at 23:19 11 comments: 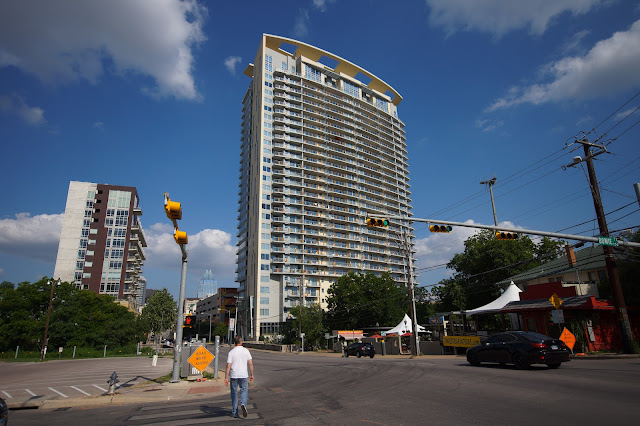 I mostly shoot portraits so when I switched camera systems to the Sony a77 and then added the a57 I made sure all my portrait focal lengths were covered.  I bought the 16-50mm 2.8 zoom lens and I think it's marvellous; sharp and snappy at all focal lengths.  I also bought the 70-200mm 2.8 G lens and it's capable of making great images as well.  Then I went in and backfilled with some inexpensive but surprisingly good single focal length lenses such as the 30mm DT macro, the 35mm 1.8 DT, the 50mm 1.8 DT, the 50mm 1.4 and the 85mm 2.8.  All of them have proven to be good lenses for the system.  All are capable of professional results.  But there's a blind spot in the Sony APS-C lineup. The only lens wider than the 16-50mm (FF equivalent = 24mm to 75mm) is the 11-18mm.  The focal length range is right what I'm looking for but the lens is obviously a re-badged Tamron 11-18mm zoom lens and I've been down that road before.  I owned the Canon version and it was barely usable, at best.

I didn't think much of it until a client asked me to shoot a new architectural project he'd just finished.  It's a grocery store for a well known, national chain.  We need to photograph multiple shots of the exterior and, a few weeks from now, multiple shots of the interior.  In the Canon shooting days I could rent a 24mm shift lens and do most of my work with that.  I'd round out the mix with the old 20mm lens.  But the Sony catalog doesn't include any tilt/shift lenses and since it's not a big part of my business I am loathe to buy them.  Especially when I can do most of my corrections in PhotoShop.  But I do need a clean, sharp lens to start with.  That, and a good ladder... 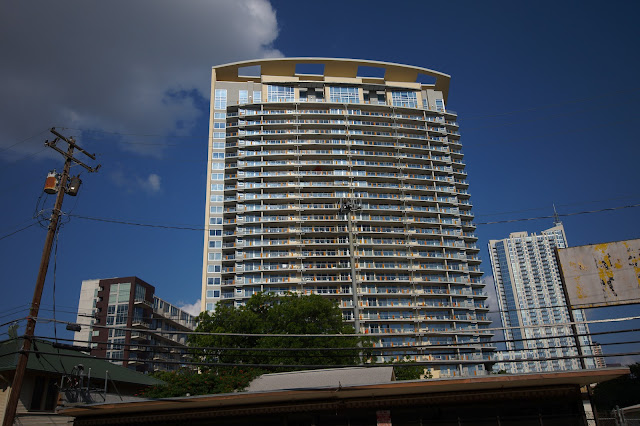 I shot all the exteriors with the 16-50mm lens.  The profiles in DXO and in PhotoShop CS6 both work very well. The image files come out with a high degree of sharpness and no discernable geometric distortion.  If I shoot from a ten foot high vantage point I don't need to do a lot of "keystone" correction either. When I'm shooting the exteriors and need a wider view than that offered by the 24mm equivalent focal length of the 16-50mm I can always move back to get in more.  But when I head inside it's another story.  I want to be able to go as wide as a standard 20mm or even an 18mm to do justice to the interior space. 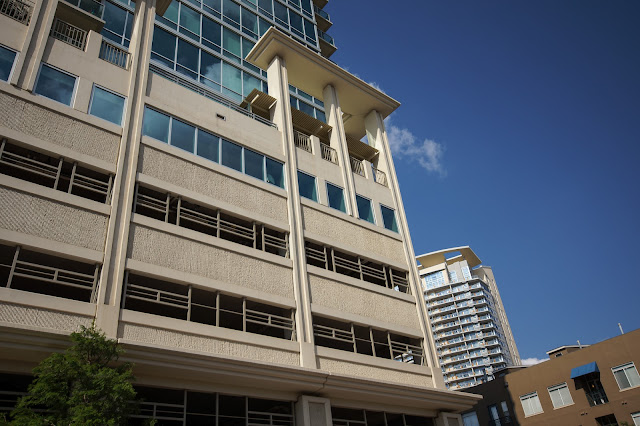 I've been reading up on various alternatives to the Sony 11-18 and I was optimistic about a lens made by Sigma.  It's a 10-20mm f4-5.6.  I headed over to Precision Camera to see if they had one in stock and not only did they have the lens but the Sony rep was there for a promotional event so I gave him and earful too.  He readily agreed that the current lens wasn't an earth-shaking game changer but suggested that Sony is hard at work making their own lens and that all indications are it will be good.  Nice to know but it won't be available for a while  and certainly not by next week when I need it.  I conferred with my personal sales associate, Ian, and ended up walking out the door with the Sigma 10-20mm.  Ian told me I could bring it back within 30 days for a refund, if not thoroughly satisfied (another reason I shop there....). 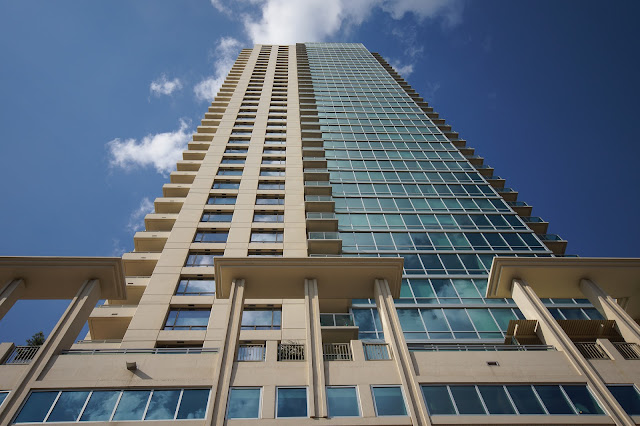 I had three hours before I was expected home for dinner so I put the lens on the front of the a77 I had in the car and started walking through downtown.  (I did stop at the big, Whole Foods headquarters to have magic almond bar and a good cup of coffee before I got down to lens testing business.  A man has to have priorities).

The handling and build quality of the Sigma is as good as anything out there, short of a Leica or Zeiss lens.  The lens yields sharp images when I focus in the right places and the color and contrast is good.  The only troubling characteristic is the distortion on the extreme edges and the extreme corners.  I'm going to use the Adobe lens profiler to try and make a corrected profile for the distortions.  Unless I can find a profile that someone else has already made.  I think there may also be a profile of the combination of the Sony camera and the Sigma lens in the latest DXO software.  If I can correct the corner and edge distortion I'll be pretty darn happy. The lens is already a much better performer than the Sony 11-18 I borrowed several weeks ago to test. 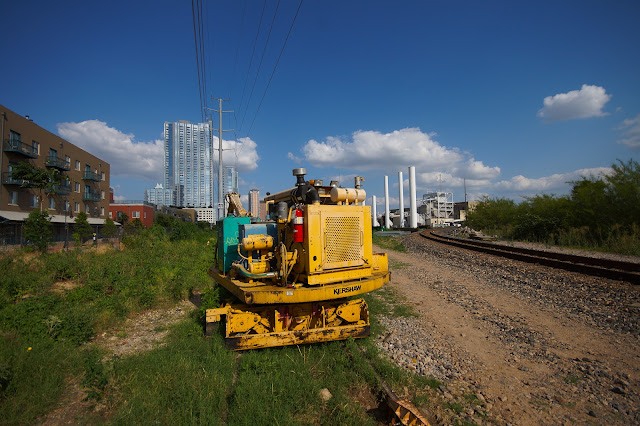 But this brings up the question:  If Sony is really interested in competing with Nikon and Canon, and now even Olympus, why haven't they filled this important gap with something decent?  Even if they had a really good lens that was just 12-20mm with a slow aperture but really good performance they'd be way ahead of the game.  I was told that Sony owns a big stake in Tamron and Tamron recently rolled out a 10-24mm that supposed to be much better than the 11-18 as well.  At the very least they should re-badge that lens... 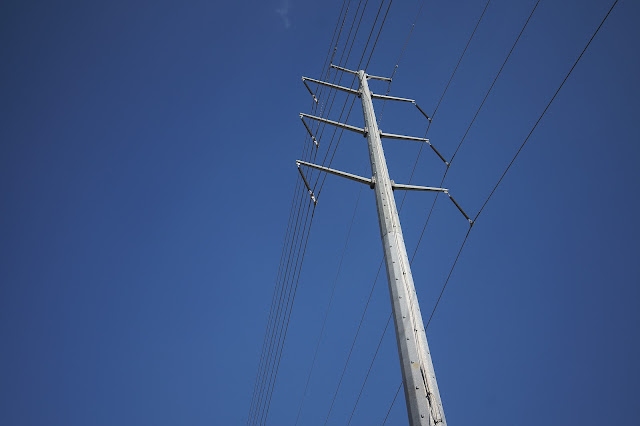 I'd love to shoot nothing but portraits but I live in work in a second tier market and it pays off to be able to offer good clients a wider menu of services.  From the walking tests I've done today I'm confident I can pull off what I need to do with the Sigma lens.  But I shouldn't have to.  There are enough great solutions out there that Sony should have this covered.  My dream lens for wide angle would be a prime 12mm f4 that's designed and made by Zeiss.  It doesn't even need to autofocus as long as it has an accurate focus scale on it.  With a super sharp, 12mm lens stopped down to f8 and hanging in front of a 24 megapixel sensor it would be a zone focusing dream.  Add in effect focus peaking and you're absolutely there. 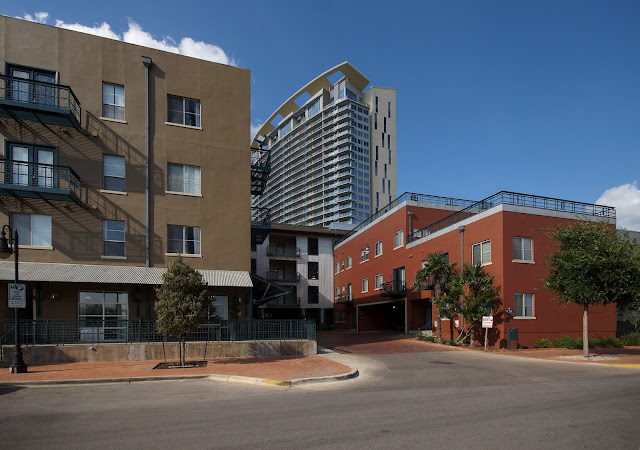 This image is a 10mm image that was originally tilted back to include the building in the background and then quickly corrected in post. 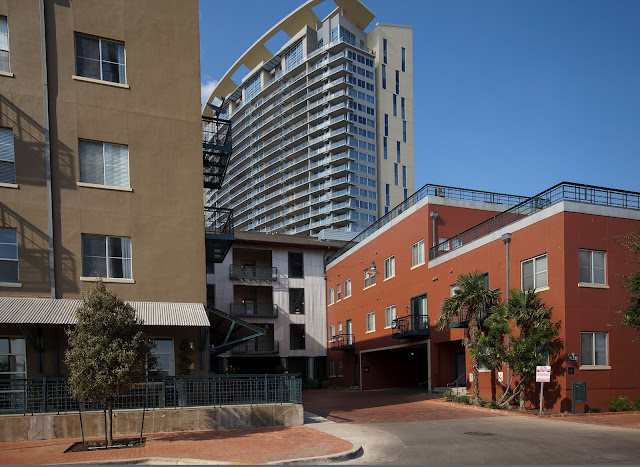 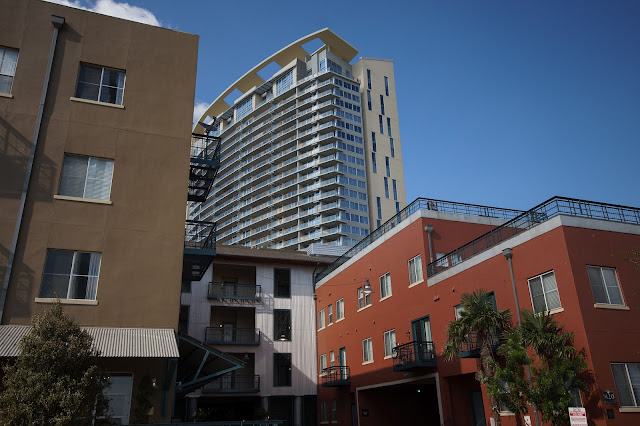 This image was taken at 20mm.  And left uncorrected and without processing. 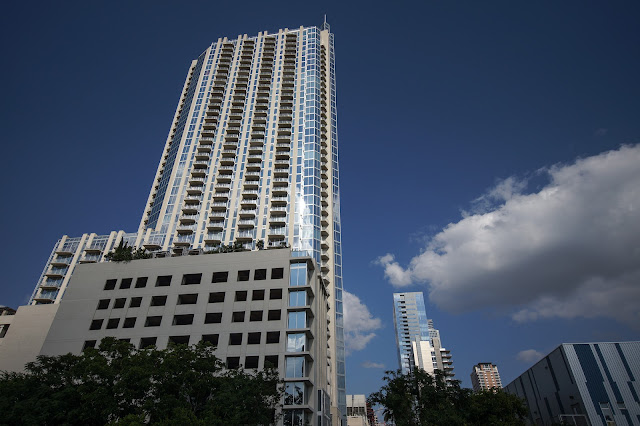 I'd read in one of the poorer reviews about the Sigma 10-20mm that flare was an issue.  There's a vicious glare on  the building, smack in the middle of the frame, but I think the lens does a great job handling it.  10mm. 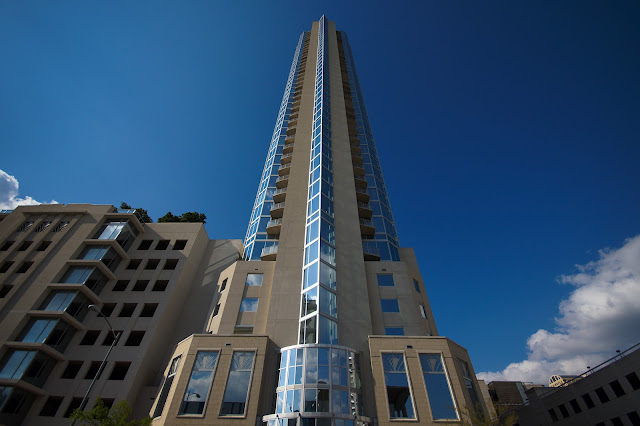 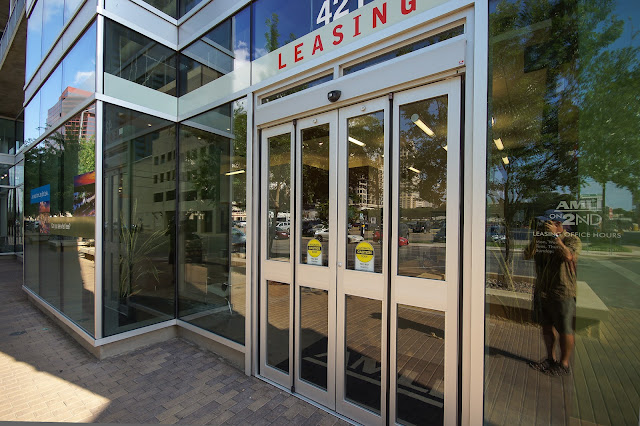 While there is some linear distortion, at the widest setting I think it's pretty well controlled and at most focal lengths is pretty easy to correct. 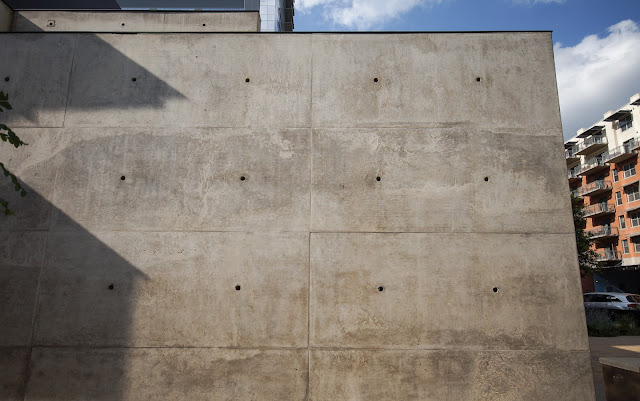 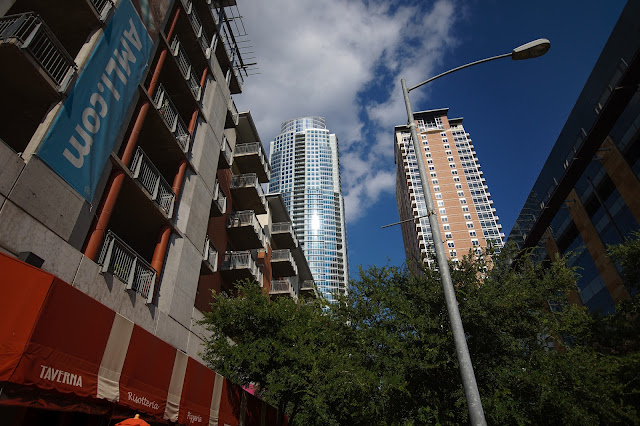 Snappy and sharp at f5.6 if what I'm seeing. 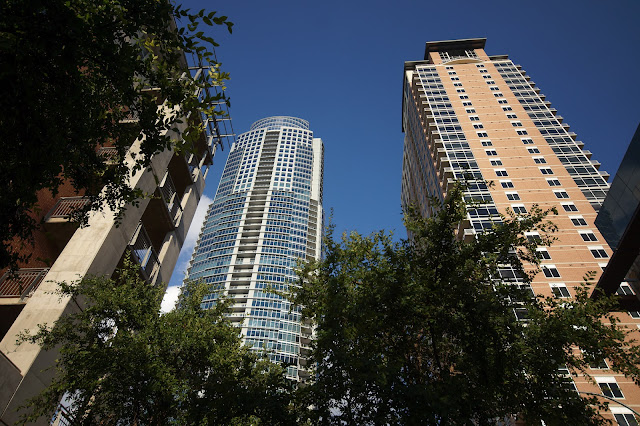 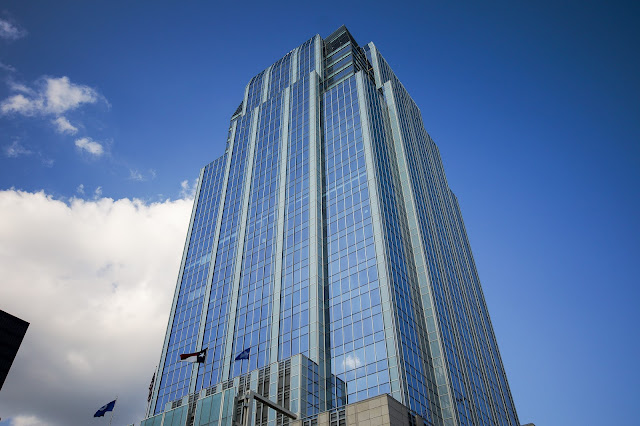 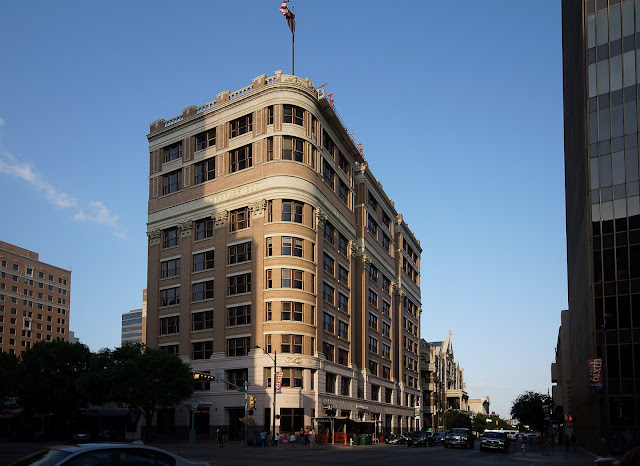 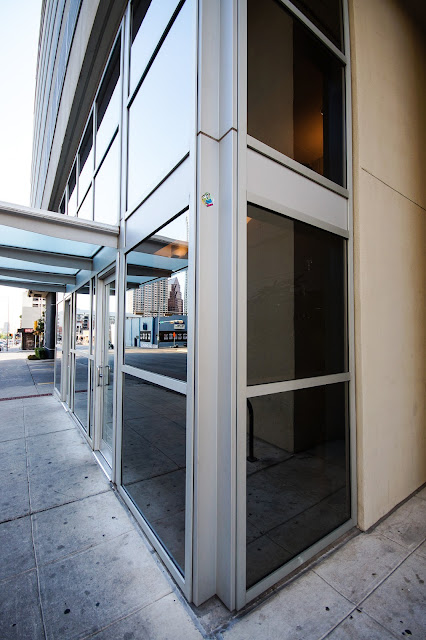 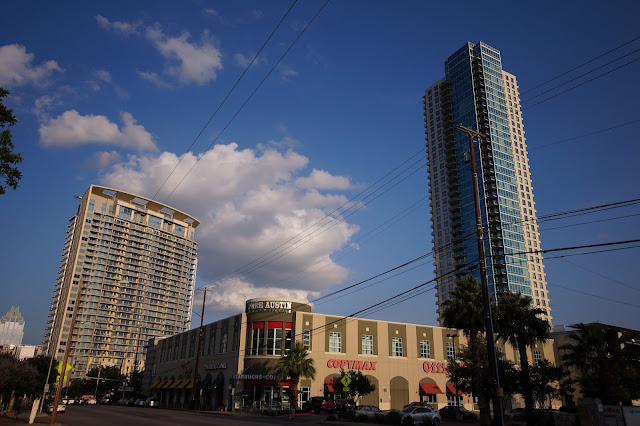 By the end of my walk I had pretty much talked myself into keeping the lens.  What I was really looking for is good performance at 14mm.  That's the equivalent of 21mm in full frame and that corresponds to the Zeiss 21 ZE lens I used on the Canon.  When I shot at 14mm I was very happy with sharpness and contrast.  If I can make the distortion corrections I'll be happy.  And at about 1/4th the price of the Zeiss lens.  More tests, under duress, tomorrow.

Don't settle for whatever the manufacturer wants to throw at you.....