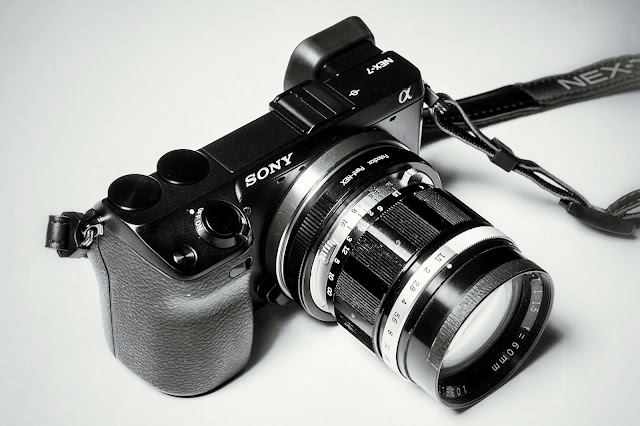 Even I have to admit that the headline for this particular blog is way over the top. Hyperbole taken to a new level. But it's a quiet Friday and I'm temporarily stuck inside due to violent yet welcome thunderstorm. Something's got to give.

I've had good luck with the mail this week. On Monday I got my Nikon Lens to Sony Alpha camera, lens adapter. I'm using it to connect brilliant old Nikon F macro lenses to my a77's.  They work on the camera and the lenses are quite good despite their age. I plan to use them for a food shoot next Friday. Testing all next week.  On Thurs. I got a nice check from my publisher.  Delayed gratification for projects finished long ago...  Then today, just before the thunderstorm struck and scared the crap out of my dog (not literally) I checked the mail box and found another adapter I'd been anxious to put my hands on:  The Olympus Pen F to Sony Nex body adapter. Woo Hoo.

I ordered the Fotodiox adapter from Amazon and I'm happy with it.  For about $40 I can mount all the cool Olympus Pen F lenses on the front of my Sony Nex camera, manually focus with righteously good focus peaking and then slam away with 24 megapixel, state of the art files.

The first lens I put on the rig was my favorite, the 60mm f1.5. I can hardly wait to get out and shoot with it. With the APS-C sensor the lens becomes a 90mm (e) portrait lens with a wicked fast maximum aperture.  And in my experience it's plenty sharp.  I'm heading out to pick up Ben from a video project he's shooting today and I think I'll put one of the 38mm's on the camera. You know how much I love a fast 50mm (e) on my street shooting cameras...

Test images and walking about images coming soon to a blog near you...

Posted by Kirk, Photographer/Writer at 16:03 10 comments:

Summertime in Austin. Hot and lazy. It's all good. 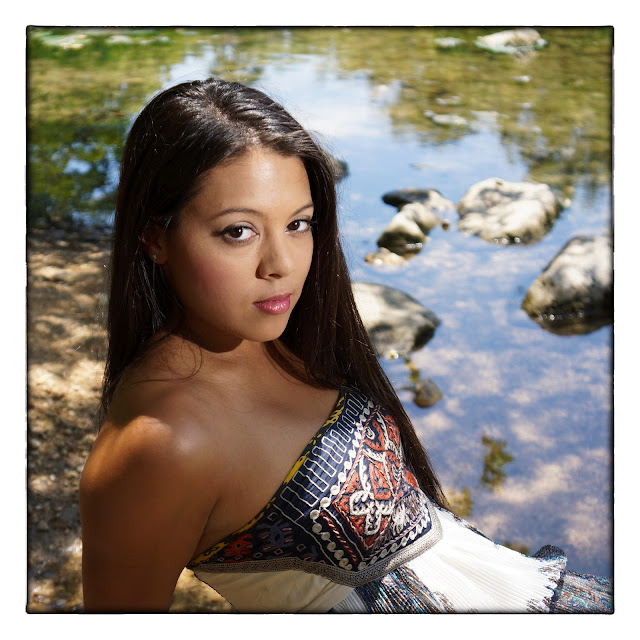 Here we are in the middle of August and everything is going according to history and precedent. The jobs have fallen off to zero, the temperatures have gone through the roof and everyone left in Austin is burrowing down somewhere cool like the frog that lives under the faucet drip in the garden outside my front door.

This image of Noellia was taken at a popular spot in the middle of Austin. It's the stream that comes from the Barton Springs spillway and flows on to Lady Bird Lake, which runs through the center of downtown Austin.  The water is from an underground spring and is a constant 69 or 70 degrees.  People come with dogs, picnic baskets, little kids and whatever else to spend hours frolicking in the stream and staying cool.

We headed to the Springs because Noellia wanted some new images for her portfolio and she wanted "outside."  Okay by me.

This was taken with the Sony Nex 7 and either the kit lens or the 50mm 1.8.  I just don't remember which. Too hot to remember.  I knew I needed a little bit of fill flash but I'd never cracked the flash menu on the camera before and I've only used the Sony HVL-58 AM flash on a few occasions and then on complete automatic with a Sony a77.  What the hell.  I gave it a try.

I put the flash on a short, off camera cord, put it in ttl-auto, dialed it down a couple of stops and shot.  I had the camera set to manual exposure, 1/250th of second and in the territory of f 5.6.  I chimped a couple of times to fine tune the flash ratio and then we moved on.

My big mistake of the day was not tossing the cameras to one side and throwing everyone into the water.  That would have been even more fun.