The Great Adobe Creative Cloud Furor. Or, "How I learned to love dis-attachment and get on with my creative life." 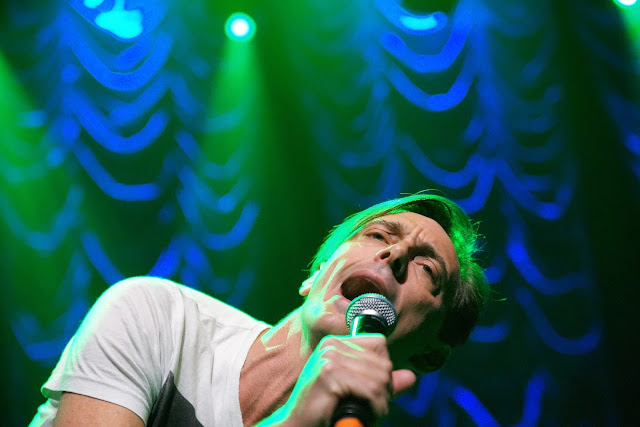 The anguish of learning that all our software is only licensed and not owned.

Many years ago I started accepting American Express cards in my business. My Mac based business. The move was driven by my biggest client at the time, the company then known as Motorola. They used corporate Amex cards to pay small suppliers. You know, invoices that were under a million dollars. The person I did most of my event work for strongly suggested that my accepting the card would make her life easier and, predictably, lead to more and more business. Mission accomplished.

I got in touch with Amex and they set me up. They delivered a free software product to me called,  MacAuthorize. It worked only on my Mac. It was secure and used a modem connection. It ran on system 9. Or Carbon or whatever was out there before OS X. It was a very nice and succint little program and it wasn't supported in OS X. I got in touch with the software people once I upgraded over to the dark side and they very nicely told me that they had no plans to support or update it. Our relationship was over. I had to find another way to do the processing. I sighed, because really, who wants to change a successful way of doing business?

Now there are many ways to process corporate cards from the comfort and safety of your Mac computer. I will also note that Wordstar, the program I first started writing advertising copy on with my IBM PC (equipped with two floppies and an 8086 processor) didn't make the transition to the next gen of PC system software in 1984 either. Just didn't. They stopped supporting the product.

But now there's much bigger news on the software front. After years of using PhotoShop as a perpetually licensed tool Adobe has decided to change the way they deliver the capabilities to their customers. From a certain point onward all new encounters with PhotoShop will be by subscription, delivered to you from the Adobe  Creative Cloud. You won't buy the disk, pay for upgrades and "own" the program. Once CS 6 is replaced you'll have the choice of staying with the CS 6 you "licensed" on disk or download, or upgrading to the subscription method.

If you are perfectly happy with CS 6 (or earlier variations) there is no need for you to do anything. Keep using it forever. Or until you upgrade your computer system to a future operating system that (most probably) will not be supporting older versions of software and apps. So, to drill right down: If you never plan to change operating systems, never need to upgrade raw conversion capabilities within PhotoShop and don't need any new features you are pretty much set. You can ride along for years doing just what you are doing right now, and with no consequences.

On the other hand, if you are in the business you'll probably find that you need to upgrade to the new cloud system as soon as you buy the next generation of raw file happy digital cameras. Or you may need to deliver newer .PSDs to clients. Or you may WANT the new stuff they keep inventing.... In that case you'll (under the current system) need to pay about $20 a month for a subscription. You'll still have the software resident on your desktop but the system will check in with the mother ship about once a month to make sure your recent check cleared and that you are authorized to use the latest version. $20 bucks a month for the latest, latest, latest PhotoShop. Going with my international currency scale that's about four Venti Lattes per month from Starbucks. Not a big deal. Less that an evening's parking in downtown.

Why did Adobe do this? Probably lots of reasons. One is that they are including new tech like motion correction to deal with the number one reason for unsharp photos. But a filter like that takes a lot of processing power. More than you're likely to want to pony up for, so the filter can run on dedicated servers in the cloud and then put the result back on your desktop. And one assumes it can do this seamlessly. You can also share with other CC users more easily as well as transfer files to clients quickly. The minute the latest raw profiles become available they are updated to your system. New capabilities? The same. In fact, the system will probably be a time saver for real, professional users who are Adobe's target market.

But there's a darker motive at Adobe. They're tired of being hosed by millions of people who wish all software (and alcohol and sex partners and cars and .......) was free and available and they think nothing of stealing it. And, of course, if they are stealing it then Adobe is not getting paid for it. Which is really counter-productive for a for profit business. We haven't reached the point yet when image processing software is considered a "safety net item guaranteed by the government for all people...." (maybe it is in Denmark, I don't know.) If someone can't afford to buy the premium product there are any number of less expensive alternatives to choose from. But I'd hate to see Adobe do what many book authors have done in the face of piracy, and that is to throw up their hands and stop publishing.....because it is no longer profitable. And now we don't get to read their books. And some of us were fans....

So they hosed the stealers right back. And the rest of us were kind of in the splash zone. We get to choose how we'll manage going forward.

Many of the stuck-in-the-20th- century, knuckle dragging, portrait studio and pro-amateur neanderthals on the forums are in full rage mode right now. They would never let a bride or a mom walk away with "the photographer's raw files or negatives" because they own the copyright but they don't seem to be able to make the intellectual leap that Adobe has the same privilege: they own the copyright to PhotoShop and they are ready to implement a strategy that will work to the productive advantage of daily working professionals (at a very fair price point) while sticking it to the thieves who've spent over a decade helping themselves to someone else's property without the realization that they are as addicted to the stolen product as crack addicts or oxycontin broadcasters and they have  set themselves up for severe withdrawals once the owners crack down on the people who've been stealing their stuff.

It seems that photographers have two choices. They can look into the future and figure out how to leverage the new stuff that arrives on the ever changing landscape or they can lock themselves into the irrational "security" of the past. For those who don't need layers and clipping paths and frames, etc. there are more creative image processing programs (at a much lower cost) than ever before. Lightroom, Aperture, Picassa, Pixelmator, Corel, iPhoto and a hundred more that I don't even know about. I used Aperture every day. I open PhotoShop when I need to do something special. Perhaps Adobe will even introduce a day rate for the use of the software so that those of you who spend weeks at a time in the wild, and who mainly use cataloging programs like Lightroom can "rent" PS by the day when you need something special. It might even be tremendously cost effective.

When I hear a collective whine about a change that costs money I always compare the cost of the new service or subscription to the cost of America's most shameless addiction: Cable Television. It's an enormous time sink hole. It's a lure that pulls people away from shooting, writing, post processing, fine dining, relationships and higher brain use. And the average American household pays a MONTHLY subscription of $128  to turn their own brains into mush and effectively prevent their children from going to top tier universities with droll and useless programming aimed at selling product and addicting people to the watching cycle. Which is totally passive. And introduces unempowering information loops to their brains. So, passive acceptance of absolute crap for $128 per month versus $20 a month for a powerful productivity tool that stimulates creativity and brain activity. And they want to scream and bitch about the cost.

Here's a suggestion. Resign from cable TV prison, put most of the money you will save into your retirement or college funds and spend a small fraction of that on a cutting edge tool custom made of the expansion of your consciousness and potential. Easy choice in my mind.

The idea that you own someone else's intellectual property until the end of time is ludicrous. If you figured out how long it would take you to program your own image post processing software at this level you'd probably quickly come to the conclusion that you would have been dead for a decade or two before you were able to create an equally elegant copy.

So, if you posture as a pro then work as a pro and subscribe to the tools you need in order to be profitable. If you aren't making enough money to swing $20 a month then having a state of the art piece of software isn't going to help anyway because there is something much more seriously wrong with your business plan than a slight overall cost increase in your overhead budget.

If you are one of my typical non-pro-photographer readers then you do this as a glorious and fun hobby and, demographically speaking (according to conversations I've had with readers) you are at the top of your game in a technical or medical field and the price of the monthly subscription falls into "Rounding Error."

Love or hate Adobe but don't cut off your nose to spite your face. Buy what you need to use and use it well. Make pretty pictures not statements of irrelevant discontent. The pricing and structure is what it is. Pay for it or move on.

Posted by Kirk, Photographer/Writer at 20:42 75 comments: