"Harvey" Dress Rehearsal at Zach Theatre. The Sony a99 and a58 trade punches. In some respects it's a draw.... 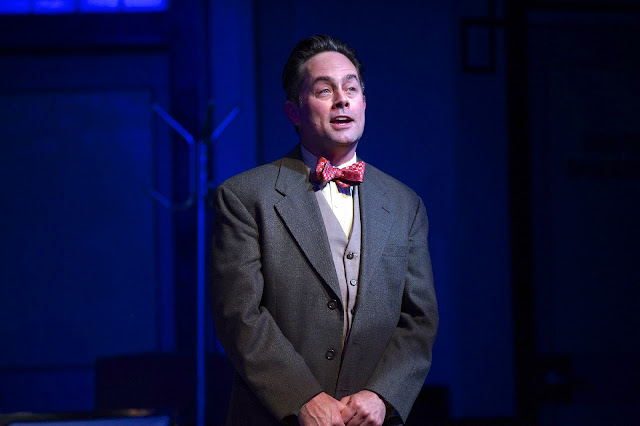 I've been shooting marketing for Zach Theatre for about 19 years now. When we started it was with Hasselblad cameras and Tri-X film. When we went to color I switched to Leica M's and Kodak 320T tungsten balanced slide film, pushed to ISO 640. Now I routinely shoot the shows with a variety of digital cameras, all of which look better at ISO 3200 that the retired Kodak film did at it's native speed.

At the theatre the light's getting sexier and more complex and the incorporation of moving sets and pictures that move on the sets make for a layering that's as captivating as it is difficult to capture. The straightforward shots of the plays are easier.

Last night I packed up an old, worn, black Domke camera bag with two cameras and a little assortment of lenses. Almost like a chocolate sampler box.... There were some things I just wanted to play with and I brought them along. The main camera was the a99 with the 70-200mm f2.8. It's a great utilitarian combination. I set the aperture at f4 and the ISO at 1600 and I just let it fly.

The other camera, the a58, was my trial cam. I wanted to see how it handled 1600 and 3200 and I also wanted to see what it would do with my cheapy favorite optic, the 55-200mm DT lens. I brought a few other lenses for some wide shots on both cameras and I brought along an ultra wide that I never got around to using. 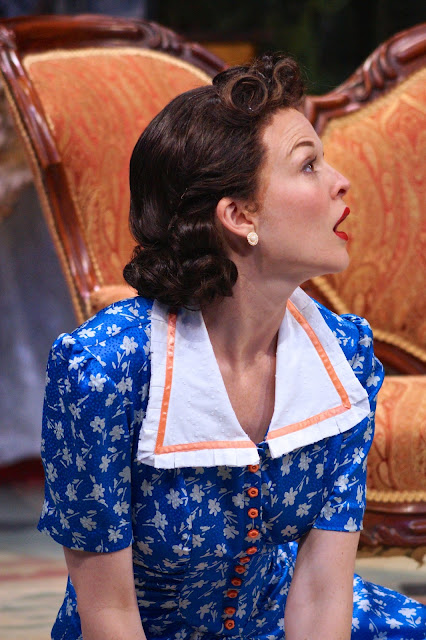 The play was "Harvey." This was a play, made famous in 1950 by a movie of the same name, starring Jimmie Stewart. The basic story is that Elwood Dowd is a wealthy man in his 40's whose best friend is a 6 foot 1.5 inch rabbit. Actually a "Pookah" of Celtish origin. The only problem for everyone in the play (except Elwood and Harvey, the rabbit) is that the rabbit is, well, invisible.
To complicate matters Elwood generously makes his beautiful home available to his sister and his niece. The niece is having a hard time attracting suitors given that she's living with a man who has a giant, make believe friend with whom he goes drinking nearly every evening.

When a plan is hatched to have Elwood committed everything gets crazy. And funny.

The play is being produced in the new Topfer Theatre and the sets and scale are perfect for this intimate and acoustically perfect venue. So, back to the  photo stuff.... 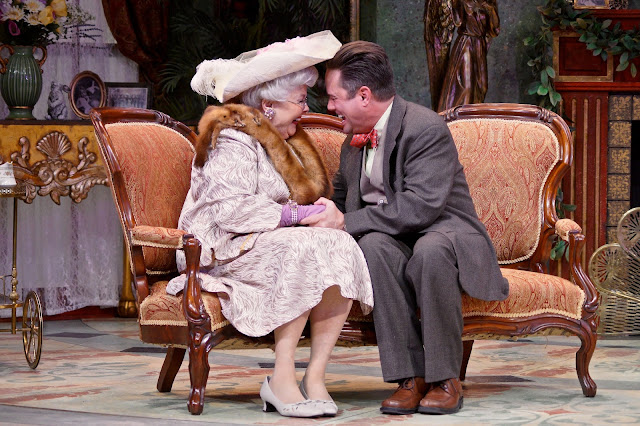 I'd like to make the mechanics of all this seem so complex and endowed with such heady craft that only an accomplished genius could pull this level of photography off but that would be a lie. It's so much easier to shoot moving action and changing lights with a state of the art digital camera, a fast zoom and all the trimmings. Now all I really need to pay attention to is the action and the framing. Which is also important but much more subjective than binary measures of quality. 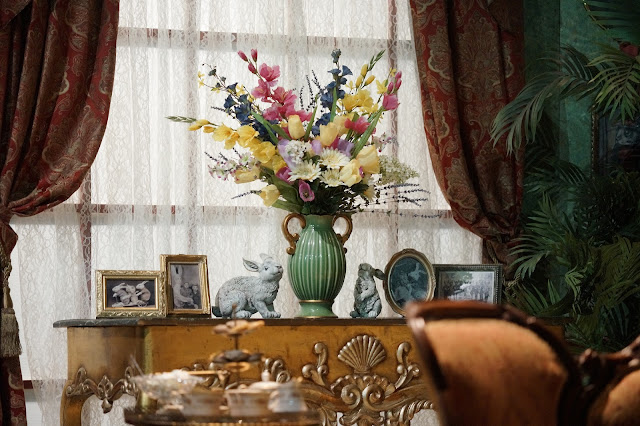 So, here's my tech boy take away: At ISO 1600 everything looks good on both cameras. I can shoot people full length and still count the eyelashes. Both cameras use new noise filtering algorithms that process different parts of the frame differently. Flat areas are more aggressively filtered while areas with detail are less processed, the noise hidden within the detail. Both cameras have great EVF finders. (I do need to calibrate the EVF to the LCD on the a58. The interior screen looks beautiful but it's too dark right now...I defaulted to the histogram...thankfully, both screen are adjustable separately.)

Another funny thing is that the lenses are almost equally good. The $200 lens wide open seems about as good as the $2,000 stopped down a stop. At least at the long end of the lenses. I was very happy with the way the 55-200 handled tight compositions at its extreme focal length.

I'm not making any claim that there's no valuable difference between the $2799 a99 and the $599 a58 but what I am saying is that in the sweet spot of use, where neither camera has to really break a sweat, you don't get to see that last 10% of image quality and elan that you paid so much more money for....

For my day to day work the a99 proves its value in a number of ways, one of which is the inclusion of a headphone jack and manual audio for my video projects. Still, it's nice to know that an entry level camera is well enough engineered to deliver 90% of the goods for a quarter of the price. 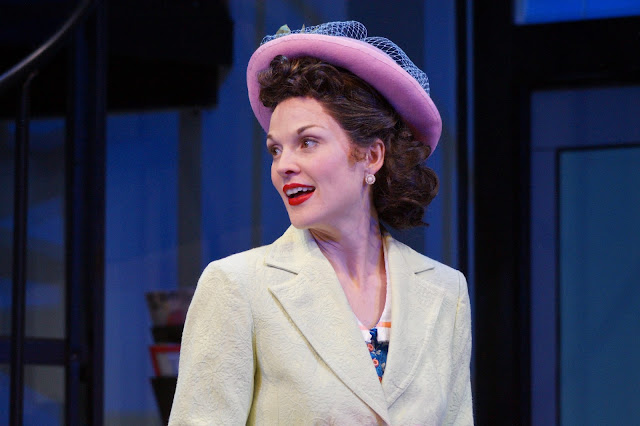 If you live in the Austin area the television commercials and PSAs that we produced for the play have started into rotation on many of the Time Warner Cable stations and a few local network affiliate stations. I watched one as I edited the files today and remembered that the camera that shot the promos also shot the dress rehearsal. Two different worlds colliding on one sensor. In my mind it's a great example of the idea of Hybrid Photography. So, after last week's excitement and all the Adobe bashing what software program did I edit my images from last night in???? 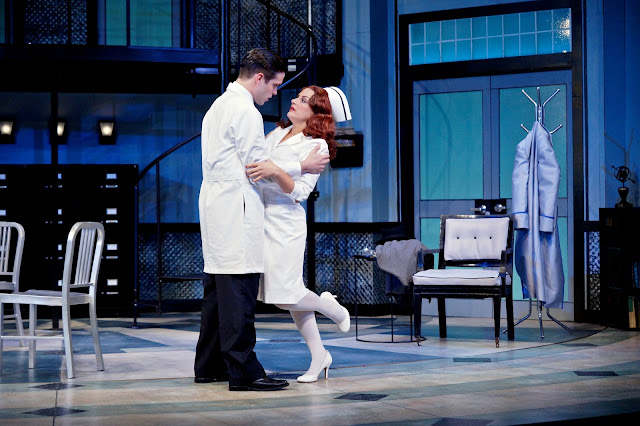 I used Apple's Aperture. The more I use it the more I like the choices their designers made for the aesthetics of sharpening and the way the program renders the tonal curves of the files. It also does a great job holding onto highlights. Or maybe that's just a new generation of wide dynamic range sensors from Sony. (Ahhh, the Sony sensors. The real reason people like the new generation of Olympus and Nikon cameras... :-) ).

I whipped through the 1281 files I shot and color corrected in batches. I originally shot as full sized, extra fine jpegs and I saved out at the same res as quality 10 jpegs. I delivered about 8 gigabytes to the marketing people just after lunch today and, I am sure, that as I sit here writing this that they've already tightly edited and are knee deep in the routine of offering the images out to the many editorial outlets (mostly web) that blanket Austin like those blobby things that congeal around Mr. Incredible in Syndrome's lair in the movie, Mr. Incredible. All that's left is the sending of the invoice. 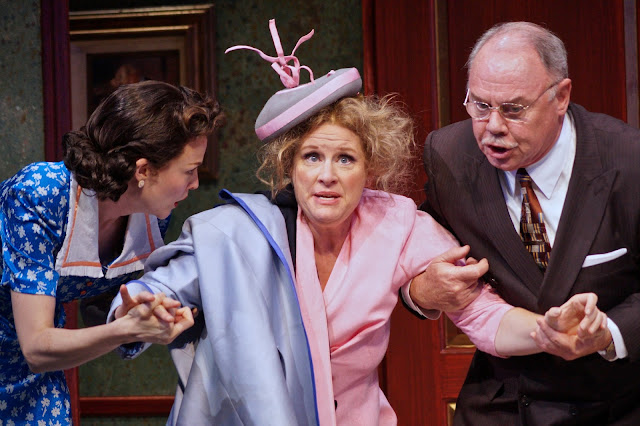 And, so how did I like the play? Gosh. It was good clean fun. Well acted and well blocked. The scenes were built on a large turntable (think fifty or more feet in diameter) and the whole stage rotated for scene changes.  I'd neve seen that done before.  Just good clean fun flown in on the Zach time machine from the 1940's. (play from the 40's, movie from 50.) 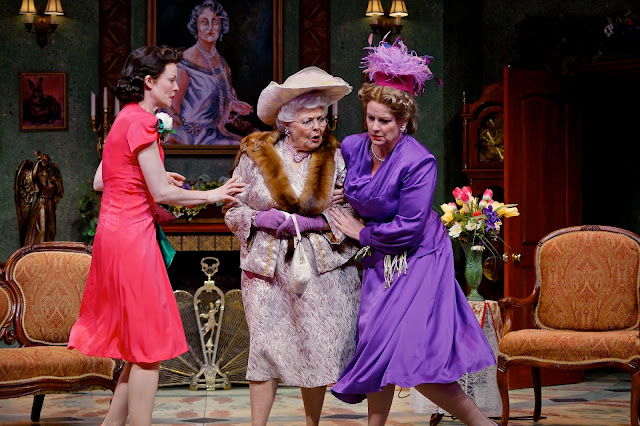 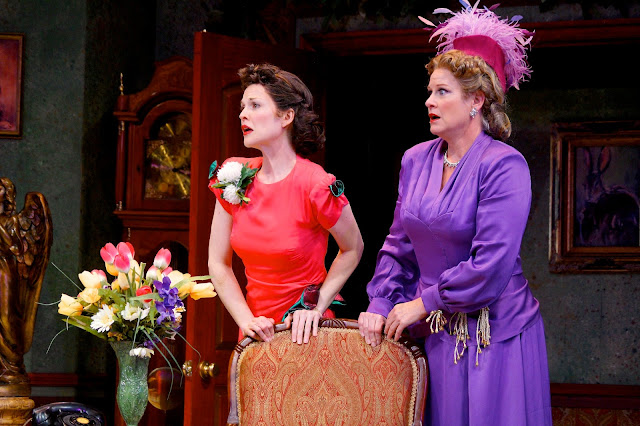 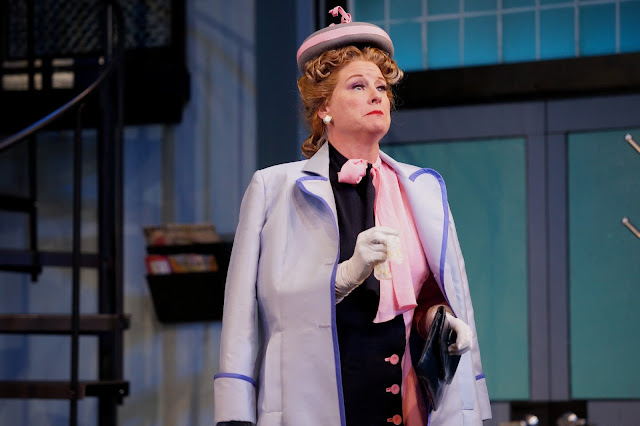 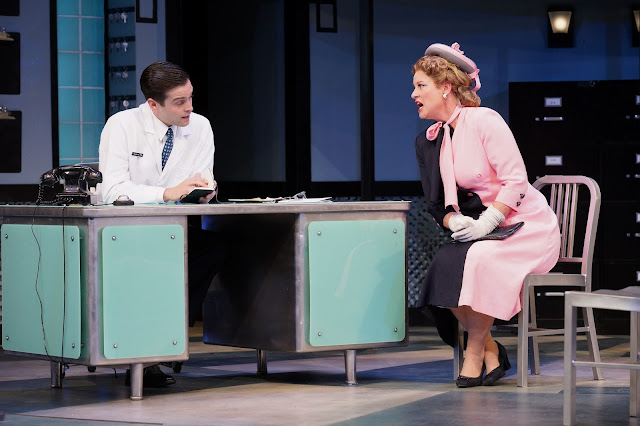 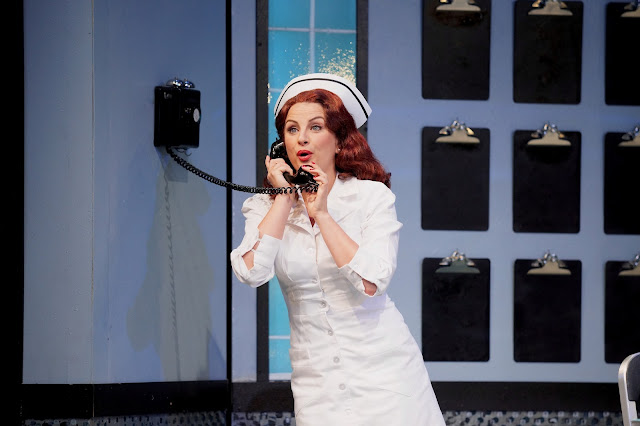 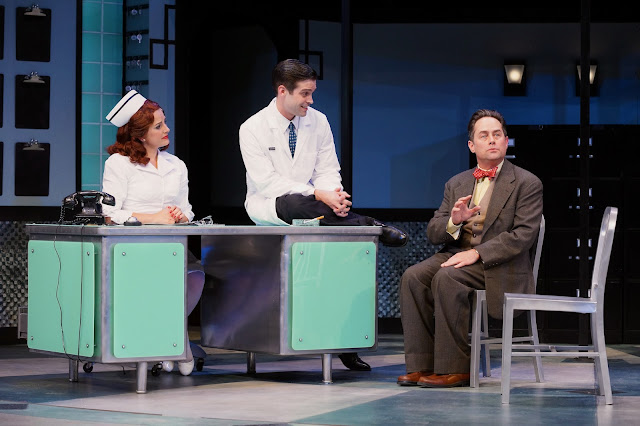 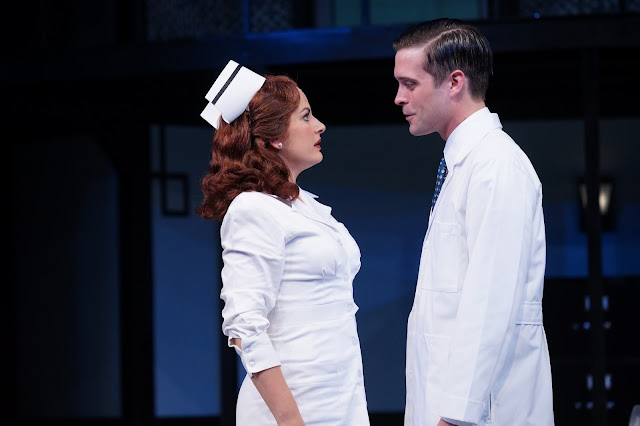 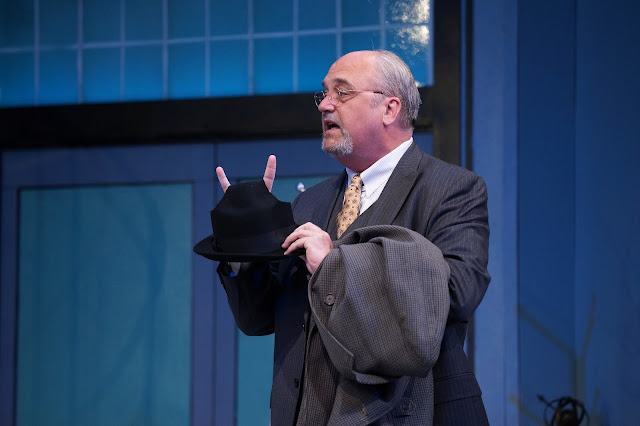 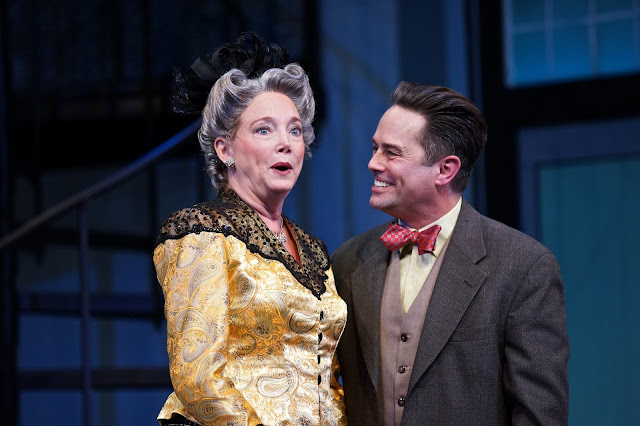 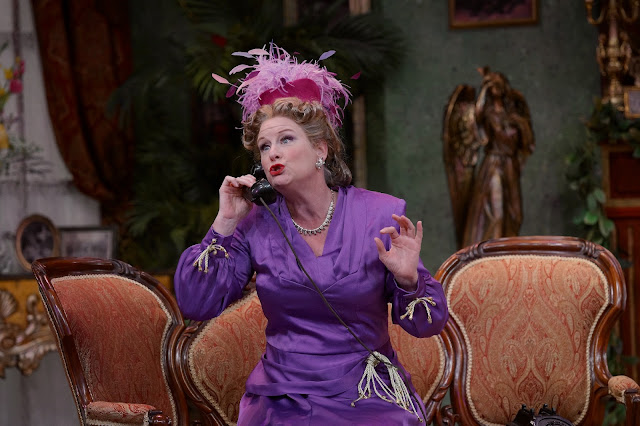 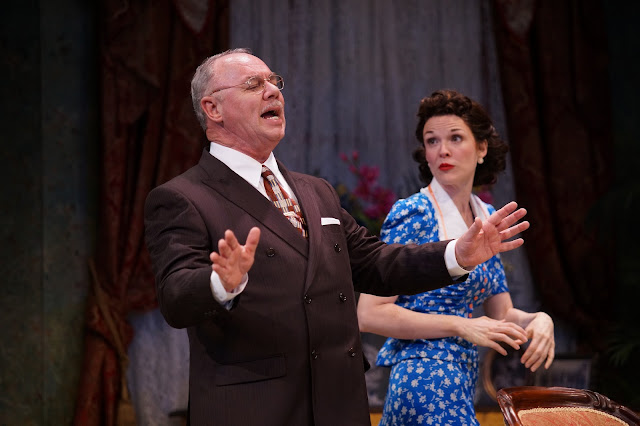 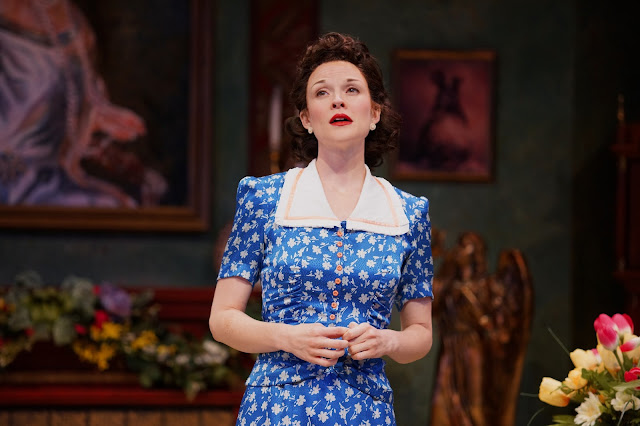 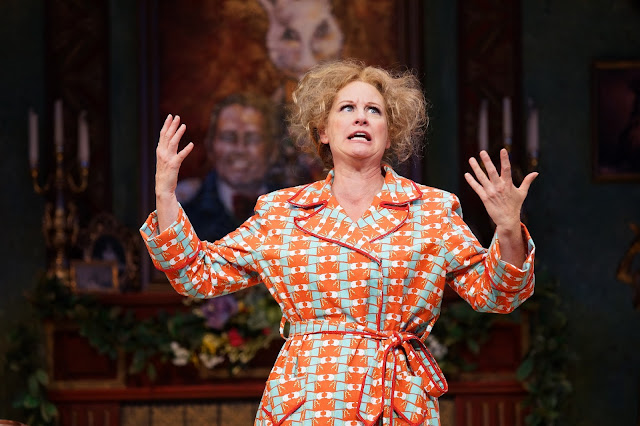 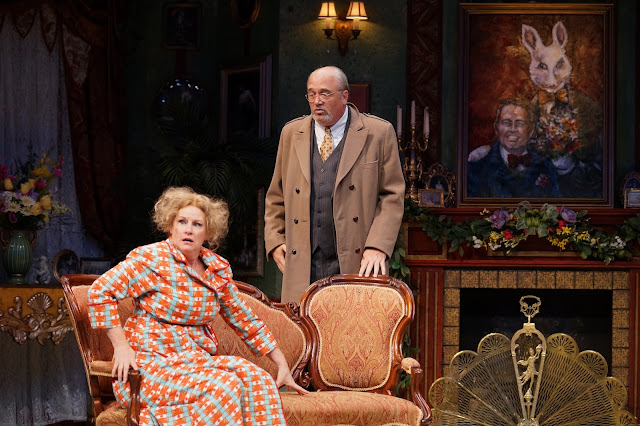 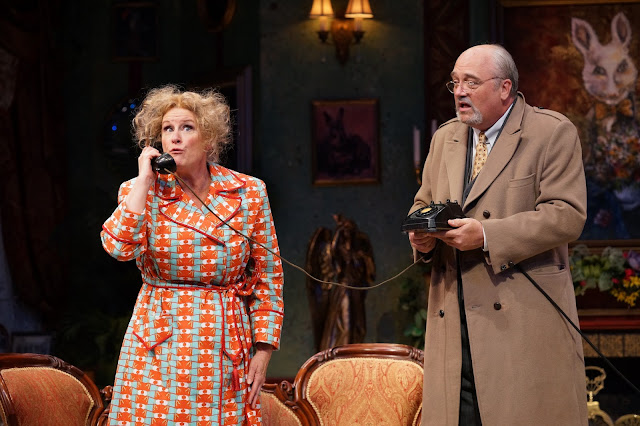 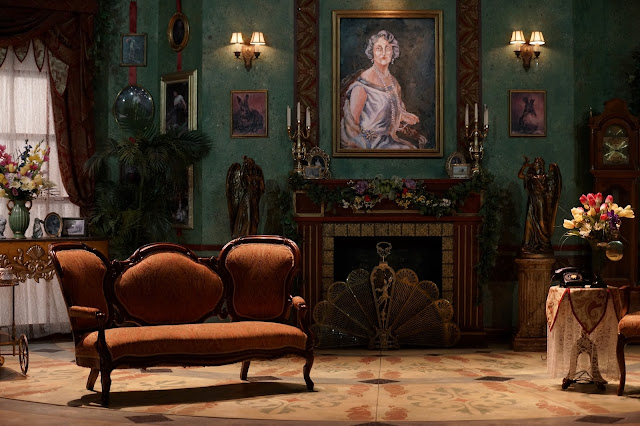 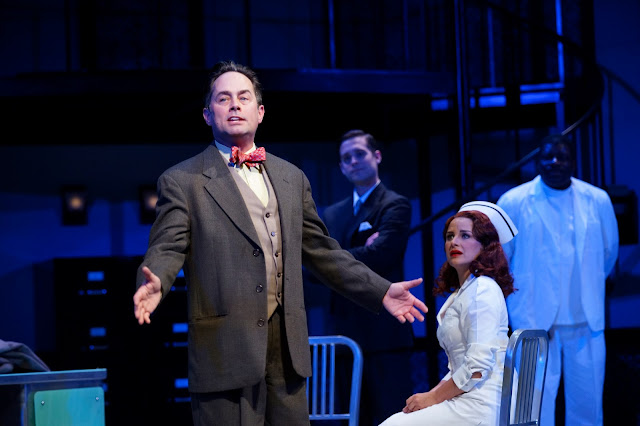 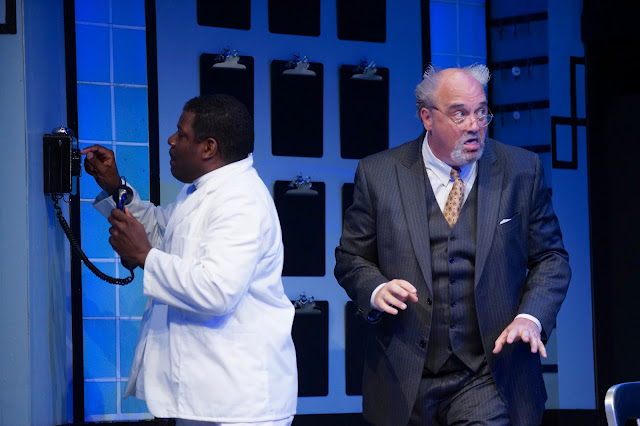 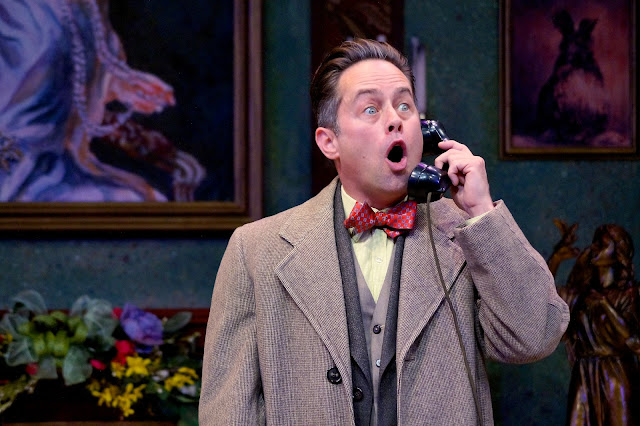 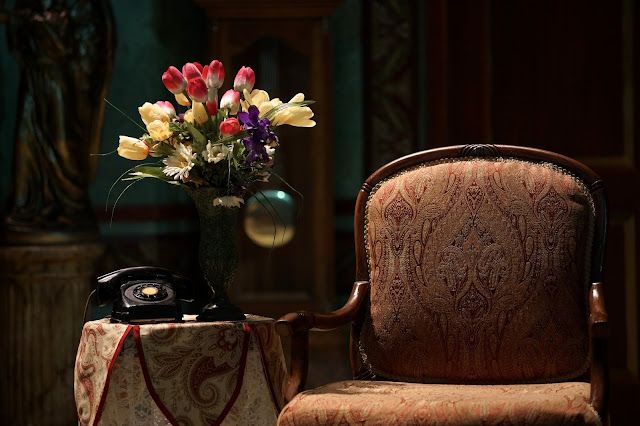 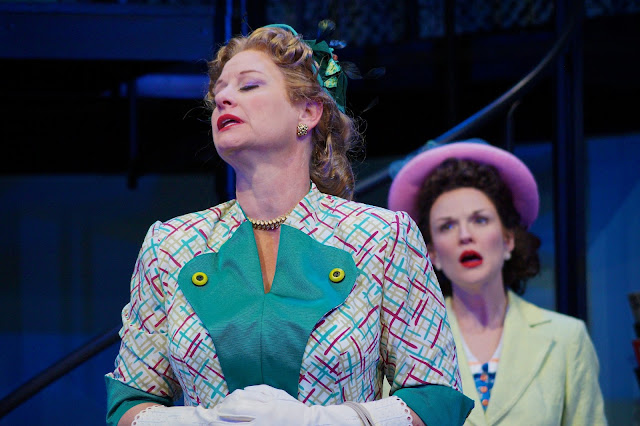 If you click on the images you can see them at 2000 pixels wide. That's as big as I like to upload and as big as Google likes to accept on my account.  Take my word for it, the 6000 pixel files are pretty as well.