I'd been fighting a camera. Then I went into the studio and we became friends. 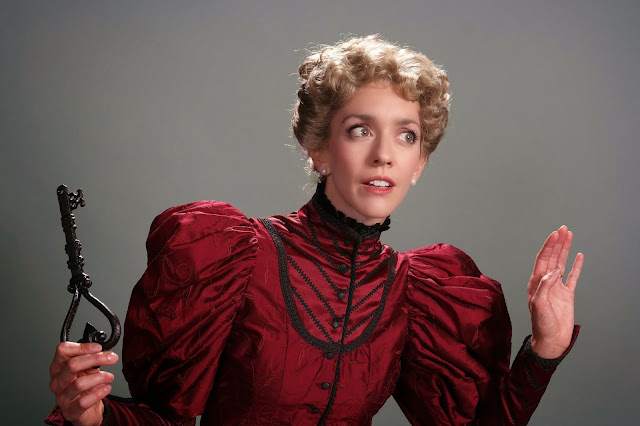 I took a chance today and took my new, pre-release, Samsung Galaxy NX camera to Zach Theatre as my only camera. Well, not entirely true....I took a second Galaxy NX along as a back-up. When I first got the camera I looked at the huge screen on the back and immediately thought that this particular camera was just begging to be used in the studio. Working with art directors and controlled light. Sharing the huge screen with my fellow collaborators. And I was right.

We were shooting some pick up shots today that will be used in the 2013-2014 season brochure for the theater. Nothing earth shattering but I did light the set with three Elinchrom flash units. A main light in a 48 inch umbrella (black backing, of course) and a 60 inch umbrella as a fill to the other side. I also tipped a third light (eight inch reflector, on low power) over the top of the seamless to work as a backlight/hair light. It was the perfect set up for the Galaxy NX camera.  The art director and I were in a darker area so the massive screen on the back of the camera was bright and detailed. I used a little black card on a stand to block light from the back light from hitting the lens. We comped up the shots and started playing around with poses and expressions.

It's the second time I've ever done a studio shoot entirely without looking through a view finder or an EVF. But with the enormous screen and the dark surroundings behind the camera there was absolutely no reason not to. The art director could see exactly what I was seeing and she and I got into a good rhythm, going back and forth with suggestions and on the fly approvals. Every once in a while we'd stop and check the frame in review. Just like the screens on iPads and cellphones you can pinch and unpinch to magnify or shrink the image and you can scroll around the window by touch. Something I disregarded in a street shooting camera but came, in a few short hours, to love in a studio tool.

Even though I shot the whole project in Jpeg I think the flesh tones are nice and there's no banding I can see in the backgrounds. I took some esoteric lenses with me but wound up using the 18-55mm kit lens for everything. Using the camera like this harkens back to the way we used to use view cameras but with a much more useful rear screen which doesn't (in these kinds of situations) require a hood or a dark cloth.

I must eat a bit of crow with my friend, Andy. With the right screen on the back of a camera this kind of composition can be a convenience and a plus during shoot. It was certainly easier to see the details of the image in the frame. 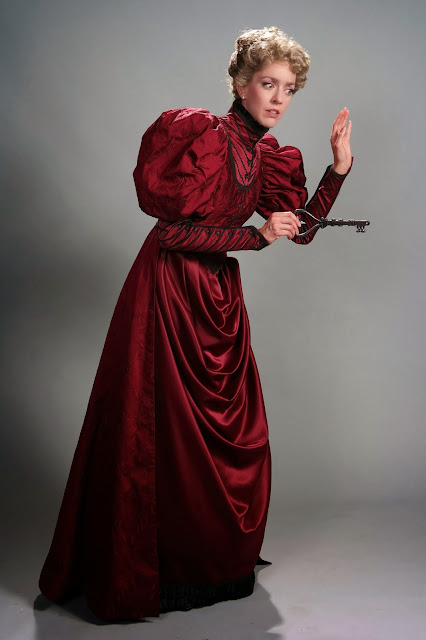 I have no idea how the images will finally end up being used in the brochure and on the web but I'm pretty sure the art director will be dropping the main part of the image out. By that I mean Jill will end up on a white or colored background. I shot mostly at f8 so we'd have enough depth of field to give her a nice edge with which to use PhotoShop's powerful selection tools. 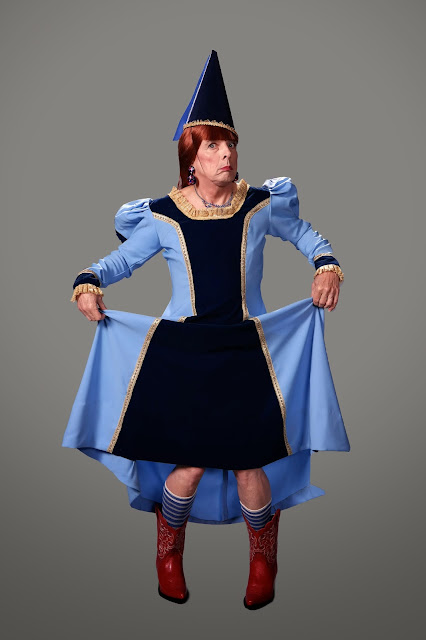 At the same shoot we did some fun images with Jaston Williams (of the Greater Tuna fame). He's written a new play called, Marian, and we did a ton of tongue in cheek images to use in promoting it next Spring. We loved sharing the images on the back of the camera and the five inch screen kept me from having to go to all the bother of tethering with a laptop and working with two computer systems at once.

This is a whole new ball game for me and now I'm excited about dragging my family and friends into the studio to play around with everything. Another plus today? Face detection AF. Easy as pie.