Every now and then old gear MUST get cleaned out to make room in my brain. 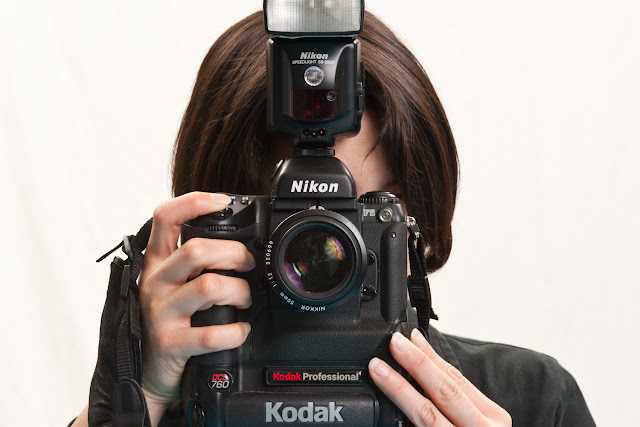 I know, I know, you are a genius and able to compartmentalize everything in your life so that no sub-routine in your brain intrudes on any other. I'm not wired that way. There's a part of my brain that keeps track of where every piece of gear I own is right at this moment, what state the batteries are probably in, how long it's been since I shot with said gear and approximately how much money I've made (or lost) shooting with each camera and lens. It's a blessing and a curse. More of a curse if someone moves one of the cameras or lens to a different place. But the biggest problem with gear that spans technological generations is that each piece in some way or another anchors my brain into a magnetic logic that keeps me from thinking totally in a new way.  I can remember almost every minute of shooting with the Kodak DCS 760 in the image above. I did some remarkably fun print campaigns with that camera and several campaigns we did made use of the images for large display graphics. Big lifestyle shots that were used as large as five feet on the long side.

But as long as those older pieces of gear remain in inventory there's a mischievous part of my psyche that wants to pull the stuff out and do jobs with it just to prove how good we were and how much we were able to squeeze out of these cameras. The problem for me is that in some instances the tools start to mould the way I would shoot a job. I self limit. And just having these objects in the space seems to fence me in creatively. I keep reaching back to the way we used to style something or the way we used to solve a problem.

I hit a tipping point this morning and I started going through the drawers and pulling stuff out. Digital Photography machines I hadn't used in years (in one or two cases, literally a decade...) and I started matching up batteries, chargers, lenses, owner's manuals and accessories. A partial list of stuff that left my orbit today includes: The Kodak DCS 760, the Kodak DCS SLR/n, a Nikon 900, Nikon 950 and a Nikon 990. I got rid of two Sony APS-C cameras today, the a58 and the a57. I got rid of a stack of dedicated APS-C cropped coverage lenses from Sony, Tamron and Sigma. All of the Sony Nex (four bodies and ten lenses) equipment is gone. All that remains  of the Hasselblad equipment is a 150mm Sonnar that I use with an adapter on the full frame Sonys. Gone are all the assorted battery powered flashes that no longer fit any of the cameras I owned. Gone are the first and second generations of LED lights. A Nikon 200 body I forgot I had and several older, less productive lenses that I had squirreled away for it. It wasn't a Spring cleaning, it was a purge. A palace insurrection.

What have I ended up keeping in the studio? What's my plan and what am I using? Might as well go over that as well.

I have two Sony a99's and one Sony a850. I have some groovy, full frame competent lenses from Sony and Sigma for those cameras. I have a Pentax K-01 for pointy shooty art stuff. And I have a loaner case of Samsung stuff that doesn't really count because I'll probably have to give most of it back when I'm finished doing my evaluation and tests.

That's as light as I've been on cameras since.....well, since I started shooting twenty five or so years ago.

What am I planning to add? Well, of course there is the second Pentax K-01 that's coming tues. but that hardly counts because it's cheap and silly and fun. And they are as much art as they are tools.

The one addition I did make today was to buy a Panasonic GH3 and a 25mm Leica lens to go with it. I bought it for video projects. My friend, Frank, bought one and used it to shoot some video projects and the imaging is  much better than what I've seen from the Sony a99 and the Canon 5D3 (unhooked) that I felt like I was buying a video production camera and not another still camera. That and the fact that we've still got a drawer filled with juicy Pen F lenses and adapters standing by.

Well. There it is. A giant purge. A feeling of freedom and fewer subroutines running in my head.  Staying current is good. Collecting depreciating stuff with decaying batteries and slowly deteriorating capacitors and oxidizing circuit boards is so last century...

Posted by Kirk, Photographer/Writer at 18:35 19 comments:

A video project that the Visual Science Lab worked on...

This is a promotional video for Zach Scott Theatre's production of Les Miserables. I lit, sound engineered and shot the interview footage with the director. Colin Lowry shot the live stage footage and David Munns edited the piece together.

It's a really great musical and Zach has done an amazing job with the production. Just wanted to share some work stuff....

All gear all the time. 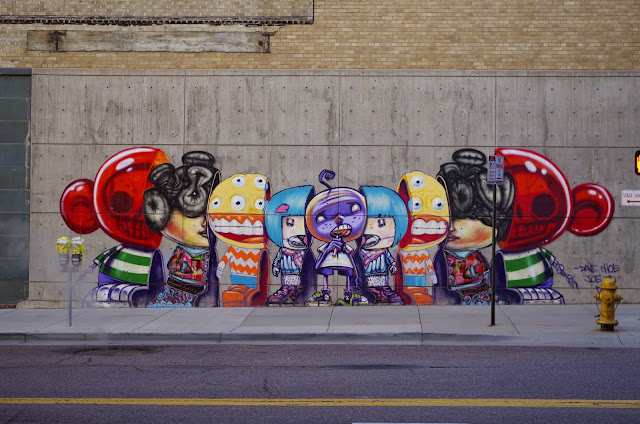 Ramblings just about gear.
Posted by Kirk, Photographer/Writer at 09:03 2 comments: