Interesting idea about the death of print. 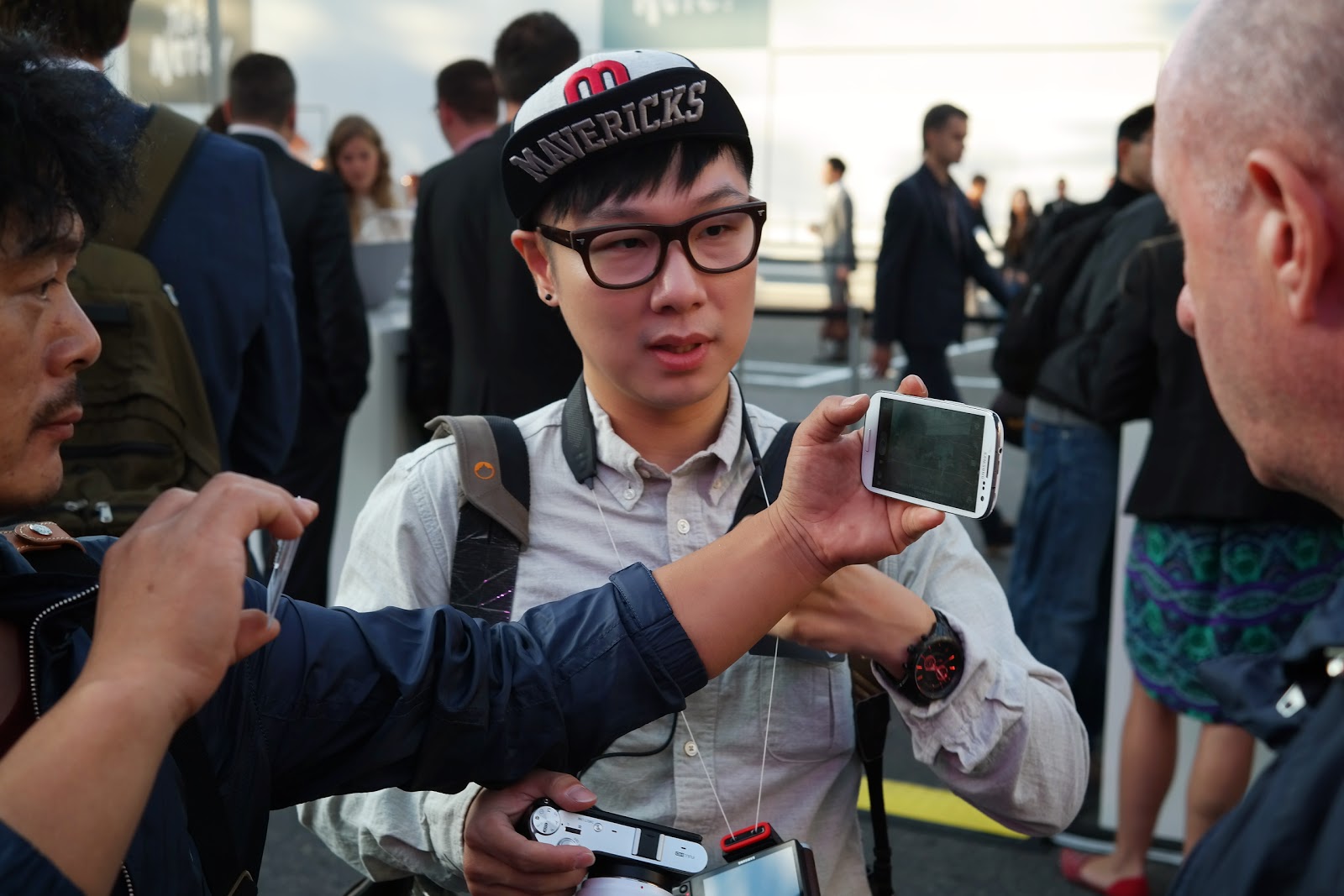 "Show me the picture NOW."

Last night I had some nice wine and some very tasty cheese with a photographer friend who is a much better photographer than I'll ever be. We got together so I could quiz him about a recent trip to Azerbaijan that he did for a travel magazine. He told me that the trip was very long in both directions and that he slept the first day he got there, shot for two days and then it snowed. He left on the fourth day. Basically he had two full shooting days. And yet, I sat in front of his computer screen and clicked through several hundred beautiful images. Not just beautiful in the sense that they were perfectly good travel images but beautiful because nearly every image had some subtext, some wry point of nearly disguised humor and an almost encapsulated narrative.

Now this photographer has been engaged in taking images for over 40 years, has done campaigns for Canon, McDonald's, Quaker, CNN, and a thousand other big name clients. He's worked for the best magazines and he's been profiled in Communication Arts magazine. And he currently holds a full time position as a staff photographer at a magazine.

If you are over 50 you are probably in some state of denial and you are waiting for all these media to make their comebacks. Sorry, I just don't think it's going to happen. Going forward I think still image display will become more and more like the trading cards in the first Harry Potter movie. The image will be on the screen until it's replaced by another one. The images of your family and your dog that used to have a place in your real world wallet have been replaced by the same images on your phone, living amongst the electrons that also make up your virtual wallet.

I thought about all of this while I drove home and turning on the radio in the car I heard an NPR story about the retirement of David Letterman. At one point he was the king of late night TV. At one point there was huge market share for late night TV. Over the past six years his audience has dropped by two thirds. And it's not like he is being battered by younger, funnier, brighter new stars. He's still more or less at the top of that game.  It's just that very few younger people are routinely sitting down and watching late night TV. There are so many other options and none of them are really time and schedule constrained. Jon Stewart may take Letterman's place or it may be some other rising star but it won't materially change the trajectory of late night TV watching. TV is now a medium for watching live sports events for a big swath of the TV watching public, and a habit for an older generation with insomnia. There is no replacement audience for what is effectively a continuation of the programming that Johnny Carson invented so many decades ago.

But saying that late night talk shows are dead or that print is dead is not the same thing as saying that photography is dead. I give still photography a few more years....

There is a certain power to stopping time and presenting it in two dimensions. But the point that I think we need to come to grips with is that the actual representation on a flat media has changed from permanent print to ephemeral projection or emanation. We're at a generational inflection point where the momentum favors audiences (eyeballs)  enjoying images on big screens rather than sitting, Buddha-like, reverentially sorting through much smaller boxes of prints.

I am, of course, conflicted. I am 58. I grew up with magazines and in the early decades of practicing commercial photography right alongside my hobbyist passion for photography my immersion in the printed piece (both from the darkroom and the CMYK printers) was complete and seemingly unshakeable. I love the print but at the same time acknowledge that to other less weathered audiences the print is almost at the point of being, "quaint." An affectation of an older age.

We've slid in this direction much more slowly and more comfortably than we did when we transitioned from taking images on film cameras to making images on digital cameras. The ink jet printer craze was a comfortable decade of buffer from the rigor of the darkroom to the immediacy of the screen. Those printers have been a way of easing ourselves into the future without a wholesale abandonment of the trappings of print. And I expect prints from the ink jet machines to have a decades long death slope mostly because many of my generation will continue to use them and my generation seems to be on track to live a long time.

But I don't expect that Ben's cohort will have anything like the same regard for print. I think the younger the audience the more comfortable they are with digital screen viewing of images. And, if you consider still images as the raison d'être of print you'll quickly see why, while Egon Spengler's prediction was decades premature, print will actually die off. The images don't move and the generations entering the markets (and their immediate predecessors) were entirely acculturated in a time when television was the primary, in many cases sole, and ubiquitous medium of their maturing experience.

There will be no nostalgia for a "lost art" by a generation that never really experienced the immersion into that art or the commercial trappings of the still photography construct. All currently powerful art seems to be either retrospective printed work or of the moment moving art and most of it takes place on a screen. We may not like that but we need to remind ourselves, as commercial artists, that the delivery system is the message. Making stills is fun. There will be markets for stills as long as older generations have disposable income and the will to use it on consumer goods. There will be niche marketing as there are now many targeted niche magazines for mature audiences.

But it's a sunset medium now being replaced by electronic stuff that moves and talks. We can emotionally reject the new market or we can adapted, play in it and remain happily relevant. It really is our choice.
Posted by Kirk, Photographer/Writer at 10:09 36 comments: