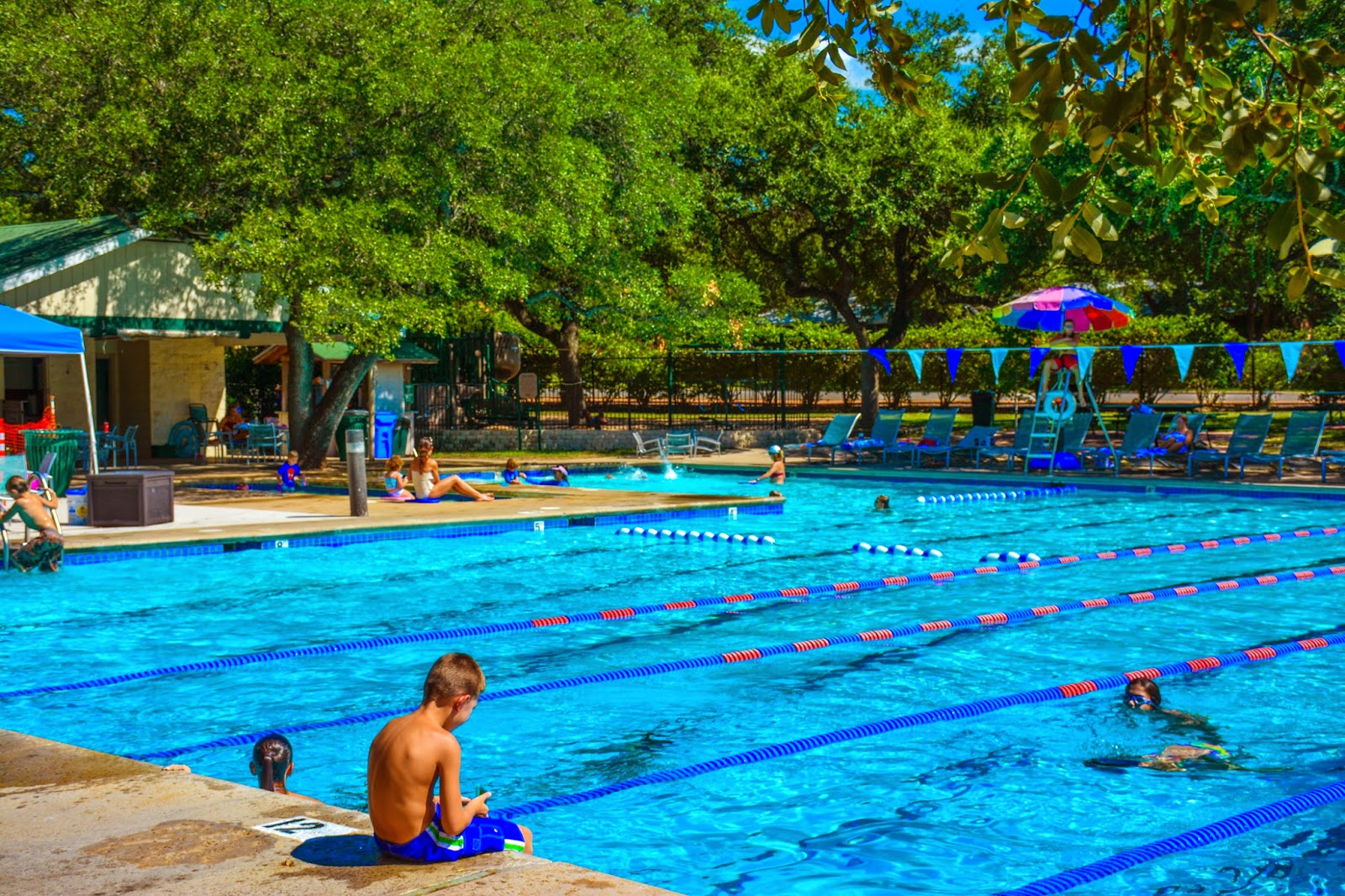 (Above) This is the pool I swim in most mornings. We get here at 7 am in the Summer and we do a good 3200-3400 yards in an hour, with our coaches yelling at us from the deck, and then get on with our days. In the winter the workouts get longer. Then it's 7 to 8:15. We get some more yards in. There's another workout from 8:30 to 9:30 and if you didn't get enough yardage in the first one you are welcome to stay for the second one as well....as long as you do the workout the coach puts up on the white board. In the winter there is a third workout every week day; it's at noon.

I've been swimming masters workouts daily at the pool for about 18 years. That adds up to 16 million+ yards.  But the pool is more than that. It's where tiny Benjamin learned how to swim from five or size different Olympians. It's the place where I spent countless Saturday mornings as the "official" volunteer photographer for the Rollingwood Waves (Ben's swim team) during their Summer swim meets. It's the place where we've had countless barbecues with dozens of other families. It's the place at which I served as vice president of the board of directors for about ten years (seemed like thirty...). And on Monday it's going to change. Big time.

The bath house we've had on the property for 22 years is being demolished. Torn down. Destroyed. Hauled away. The new board decided to build a beautiful, new bath house with air conditioning in the locker rooms for the wimpier members. On the plus side it will be fully ADA compliant. On the minus side it is too beautiful and too sybaritic. But the real minus is just that I hate change, resist change, don't do well with change---unless it involves changing camera systems. 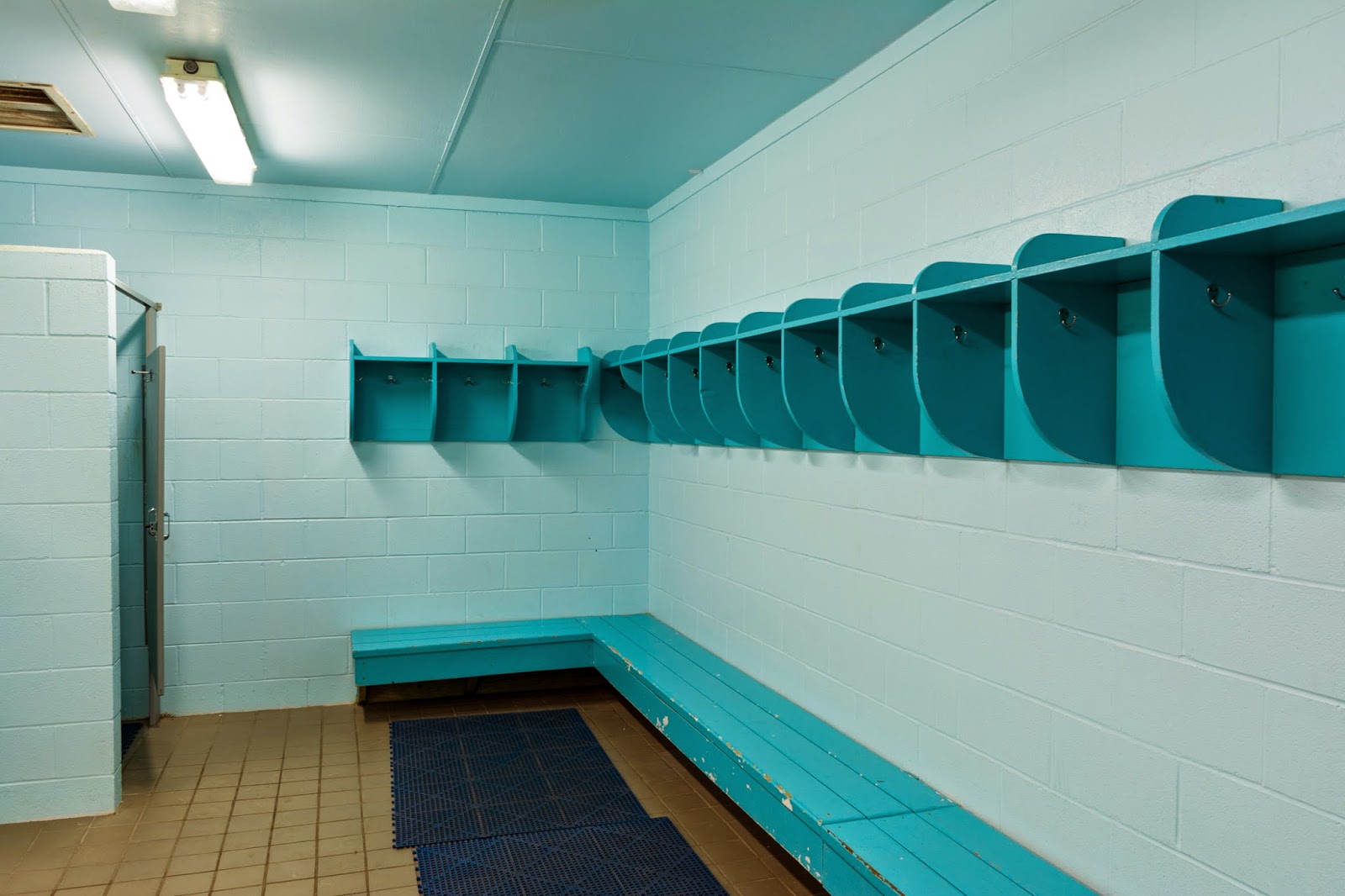 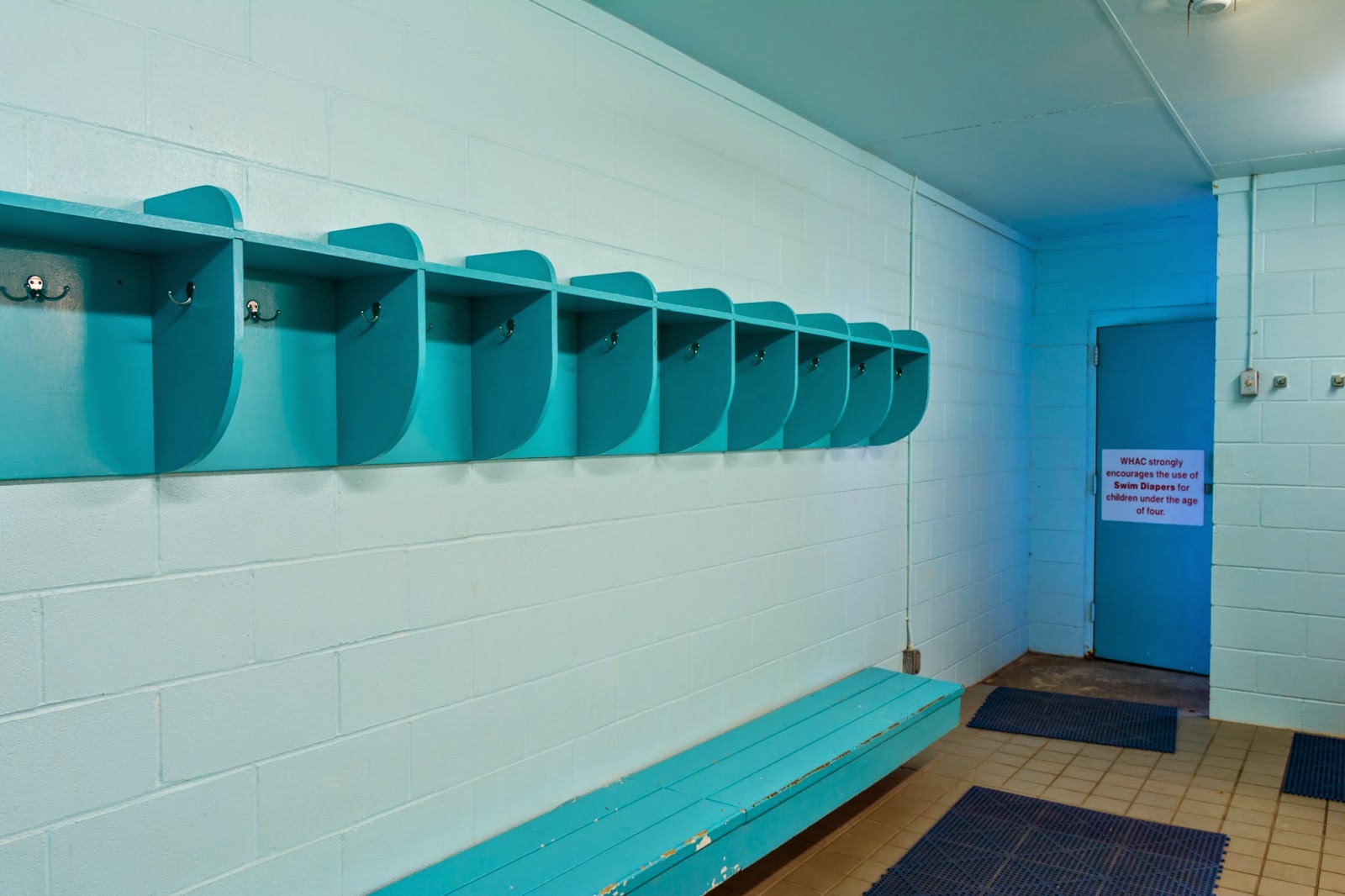 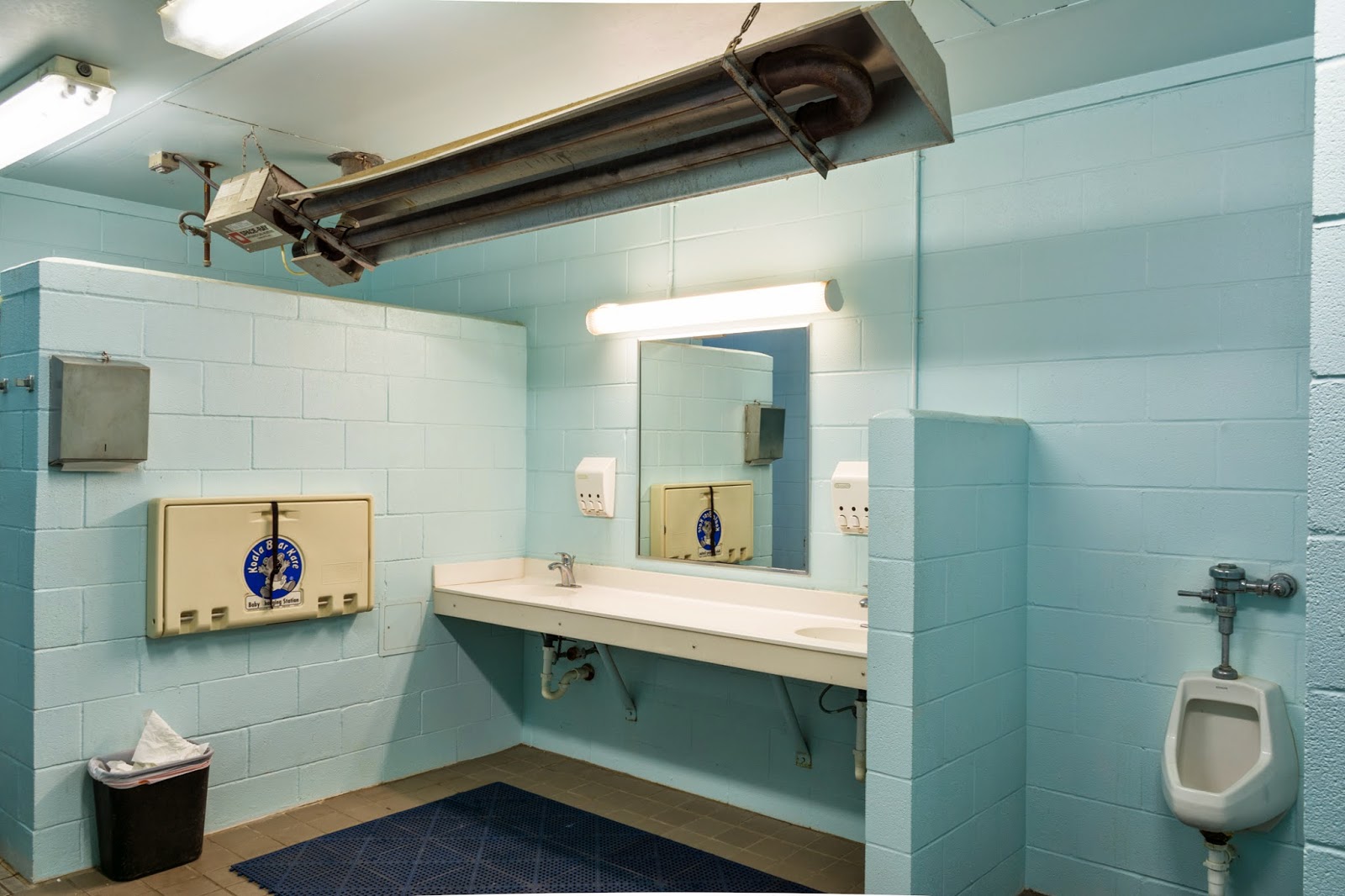 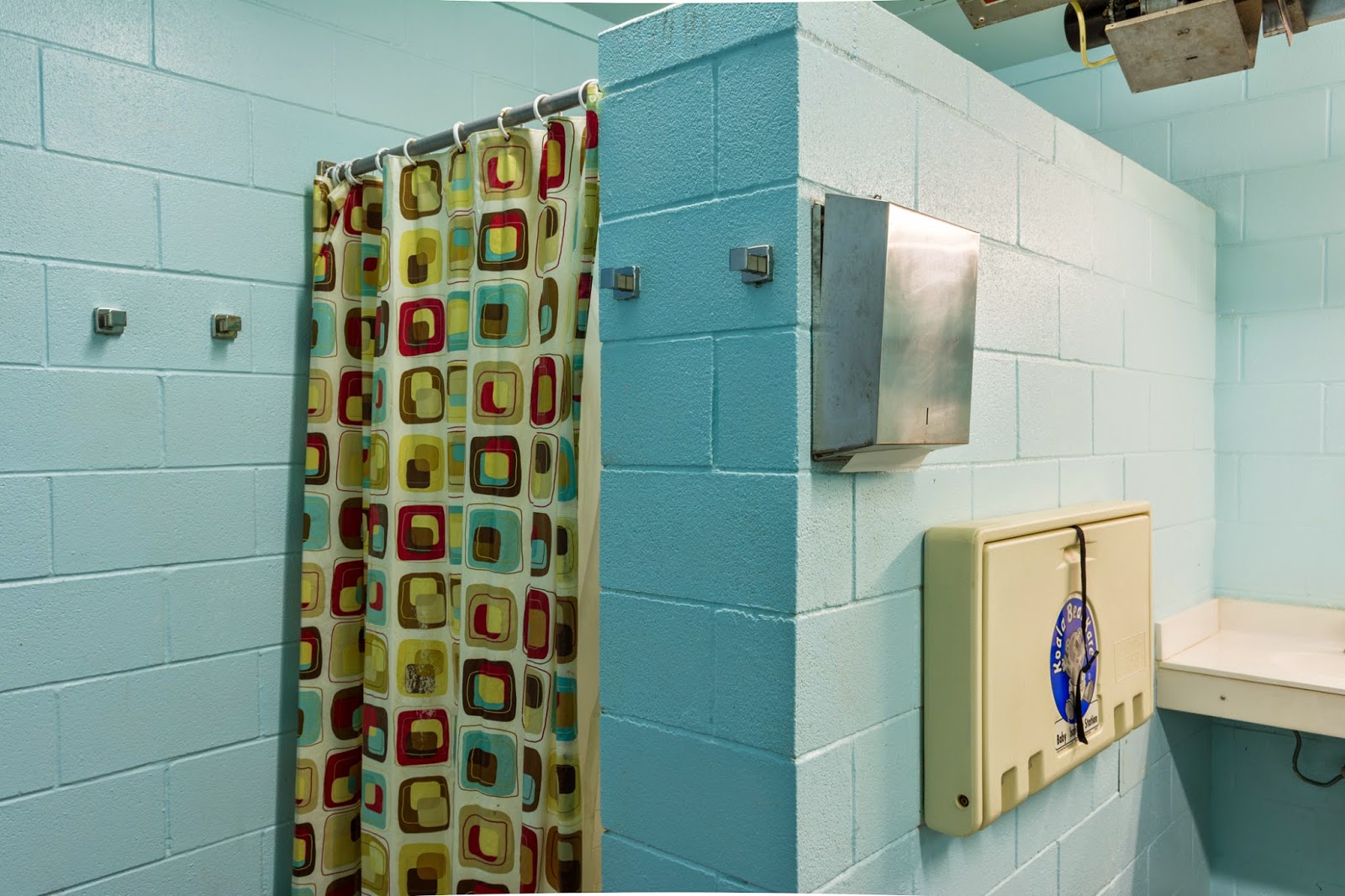 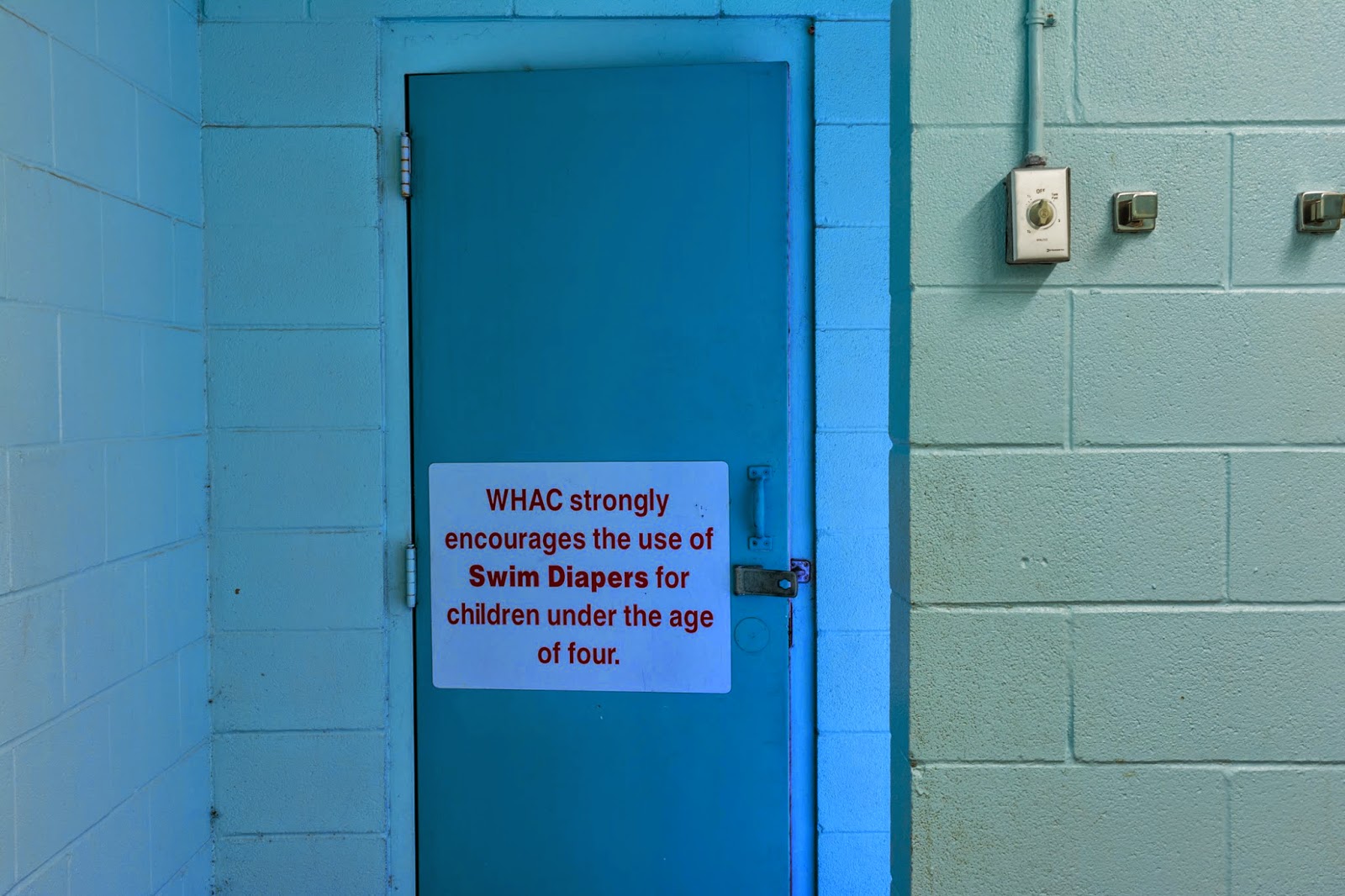 (Above) Is the very utilitarian interior of the men's locker room. We call it a locker room but we don't even have lockers---just hooks from which to hang your clothes and stuff. We generally get here most  of the year in the morning twilight and change into our swim suits and head to the pool. No special amenities necessary. The locker does have a heater. But on Monday all that goes away and we get a "country club" style locker room. I haven't taken the tour yet. It may even have lockers. But I don't care because I don't like change. 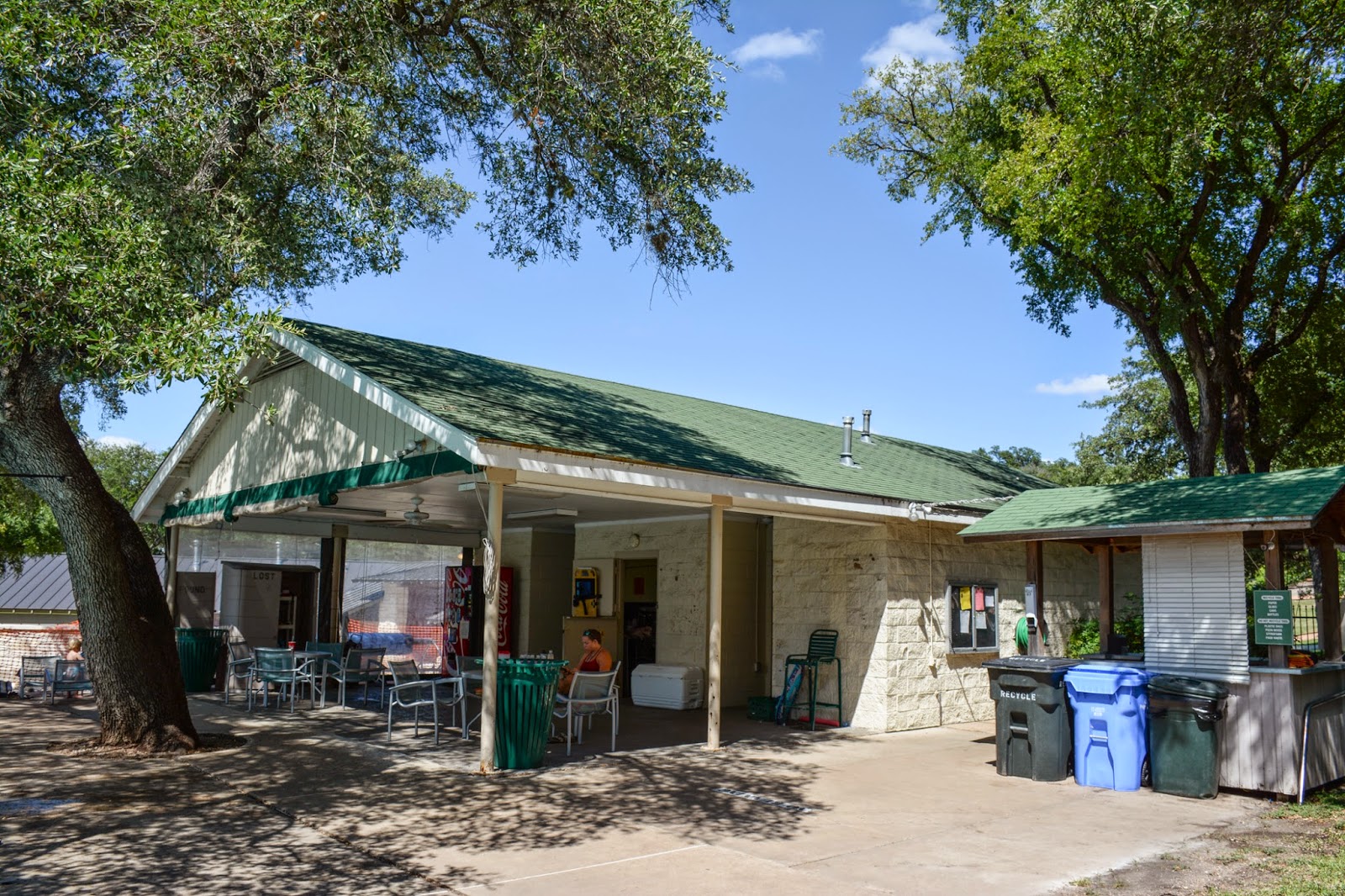 The image just above is the exterior of the current bath house. The covered area out front is where we all stand around when we clear out of the pool for lightning and thunder. We stand under the cover and try to convince the coaches that the sound they heard was just a garbage truck somewhere wrangling a dumpster and that they should let us right back into the pool--- but they never buy it.

As I was changing back into my civilian clothes after this morning's workout I realized that I didn't have any images of the old bath house. Not even an iPhone snap. So I grabbed a camera I've been testing out and headed back the pool around 3 this afternoon. I snapped my perspectives of the bath house.  At least I'll have the images to play with....

We don't get to use the pool all next week. The demolition will be loud and dangerous and at some point they have to lay in a new gas line to the new bath house across where the existing structure is and only then will we be able to get a certificate of occupancy. I'll be swimming at one of the other clubs. Probably Barton Creek Country Club. But I won't be happy because that will be change too. It's not as bad because it's just a temporary change but still....

Today I was testing out a traditional APS-C camera just to see how different it is from what I remember. It's a Nikon D7100 outfitted with a fun but funky 18-140mm lens. The VR works really well and the files are saturated with detail. But it's different from what I shoot right now and, as you might be learning, I hate change.

Posted by Kirk, Photographer/Writer at 21:17 3 comments:

What are writer/photographer/swimmers eating for breakfast these days? 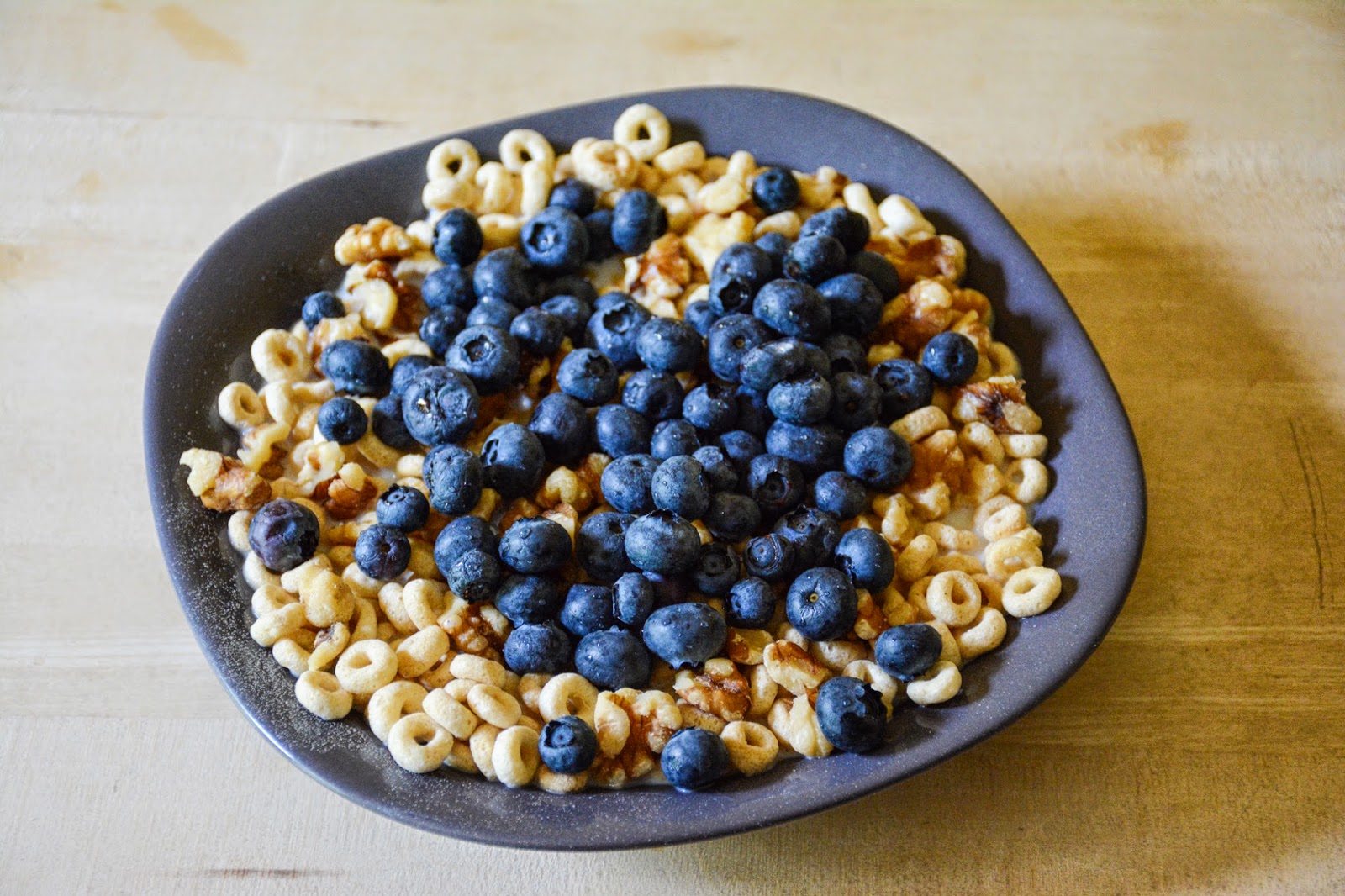 In the middle of the Summer it's too hot to eat oatmeal or eggs. I think it's perfect time to have a breakfast of Cheerios (or Joe's O's from Trader Joes) along with half a pound of fresh, organic blueberries and a half a cup of walnuts. I use skim milk but if you are a vegan purist there's always almond milk. Right now is high season for blueberries. Head to Costco or Whole Foods and get a huge stash of the organic ones and knock yourself out. Or not. More blueberries for the rest of us.

Side light or back light your food shots. They look better than way.

Posted by Kirk, Photographer/Writer at 20:08 No comments: 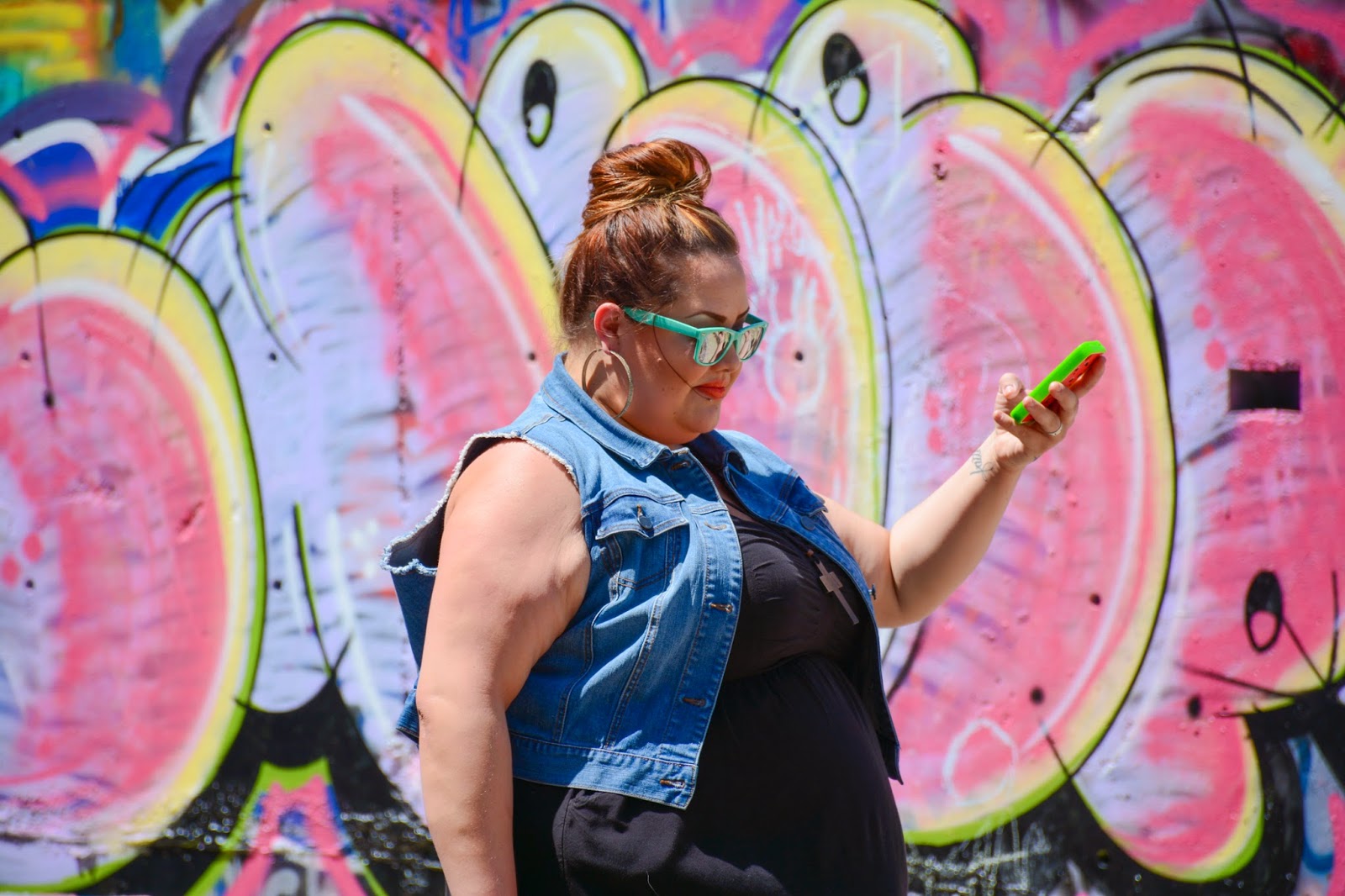 At the Graffiti Wall with the public. One mom is using her cellphone to document the outing with her daughters. A hot day, but not to much for a smartphone to handle....