Trying zany stuff during a photo shoot of "A Christmas Carol" for Zach Theatre. 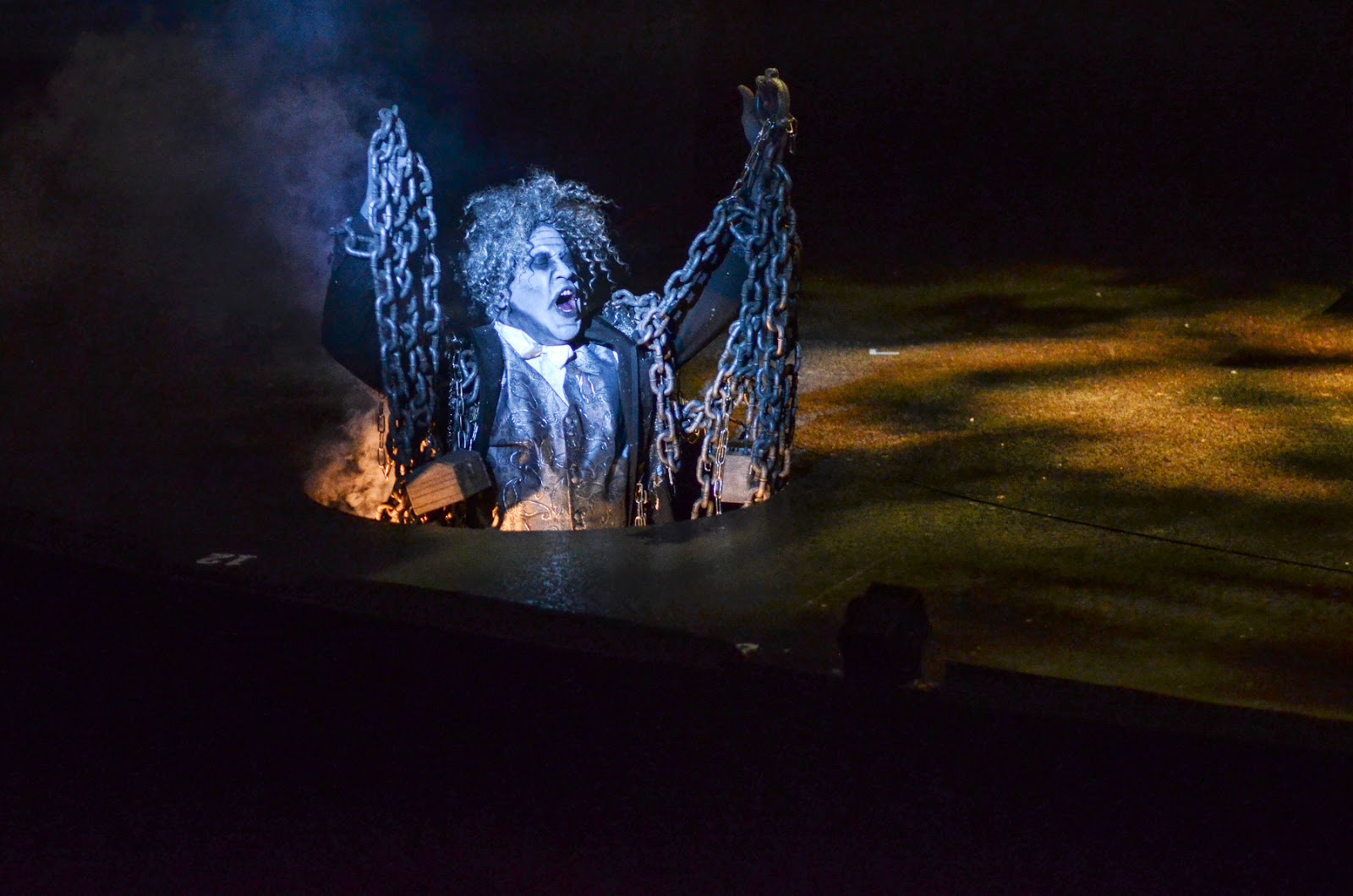 Wouldn't it be cool, I thought, to have one camera and one lens with which to cover an entire musical dress rehearsal? So, I looked around the studio and cobbled together what I thought would be a workable system. The idea was to have the gear nailed down so that no decisions would need to be made other than timing and zooming. Of course I'd need to mind the exposure settings and check in on the color balance but no more grabbing camera X for the wide stage shots or grabbing for camera Y for those tight head shots. And, of course there's always camera K with the medium to telephoto zoom. It gets old juggling camera bodies.

Choosing from the inventory in the studio at the time I decided on the Nikon D7100 and the 18-140mm zoom lens. The lens is pretty sharp in the vast center section of the frame and since most of the corners and edges in a theater shoot are dark I thought that would be okay. The 18mm end of the lens is fine for full stage shots but even though the 140mm end is about the equivalent of a 210mm on a full frame camera I knew there would be some times when I would really like a bit tighter crop. I decided that this would be the perfect opportunity to try out Nikon's in camera crop mode.

The camera's sensor is an APS-C, 24 megapixel version. But there is a menu switch that allows for another layer of crop which is a 1.3 crop of the standard DX size (if that makes sense). As near as I can tell it turns my zoom lens's long end into a 280mm lens while, of course, maintaining the same aperture, f5.6 (sorry, no clue about the T-stop...).

The upshot? Well, I shot mostly wide open and I reviewed the stuff today and it was all good. Not pin sharp like we'd use for giant promo posters but we do those in the studio with electronic flash and ISO 100 well before the shows open. This material is destined for publicity and will mostly wind up on websites and in newsprint. Different parameters for different applications.

From time to time I wished for a bit more foreground and background separation but not as often as one would think. It's rare that two or more people are positioned in a straight line, perpendicular to the camera, and so generally we are looking for enough depth of field juice to cover the spread.

One thing I did chaff at last night was having to pretty much shoot from one position.  And by necessity a bit far from the stage. Since we've been doing dress rehearsals with full houses of "family and friends" it's not possible to move around and get close to the stage quickly like it was when we shot in the older theater. That space was much smaller, the house wasn't as expensive to use by the day and we could be relaxed enough not to start our promotions on dress rehearsal night. I was able to roam the edges of that stage and shoot with wider angle lenses, closer. Always closer.

So, when I was using the camera in DX mode I shot in 24 megapixel settings but when I wanted to go tight I switched to the tighter crop and the frame dropped to 16 megapixels. In effect the smaller crop turns the frame into a 3:2 version of an M4:3rds camera.

Even in the darkest scenes the camera was able to nail focus well. I'm old fashioned and tend to stick with center focusing points and S-AF. I'm also happy to report that the VR in the lens should make the Nikon engineers proud. It really does work well. Either than or I am totally resistant now to the effects of caffeine...

But cutting through all of the techno crap I have to say that the production last night blew me away. Even mores when the director, David Steakley, told me that he was still making slight script changes to the play as late as 6:30am that morning. His version of "A Christmas Carol" is not at all traditional. Not the version you see on Masterpeice Theater. The entire production is peppered with modern music and lots of cool dancing. Even the ending, with all the cast on stage and the audience up on their feet, is a powerful blend of theatre and music as one actor does a perfect rendition of Pharrell William's song, "Happy." It's wonderful when theater can reach into your heart and reset that switch that makes you want to be a (much) better person. Belinda and I were humming "Happy" all the way home.

I'll probably shoot the next production differently but it was sure fun to try the "Swiss Army Knife" approach at least this once. If you focus carefully and breathe just right it can work out just fine.... 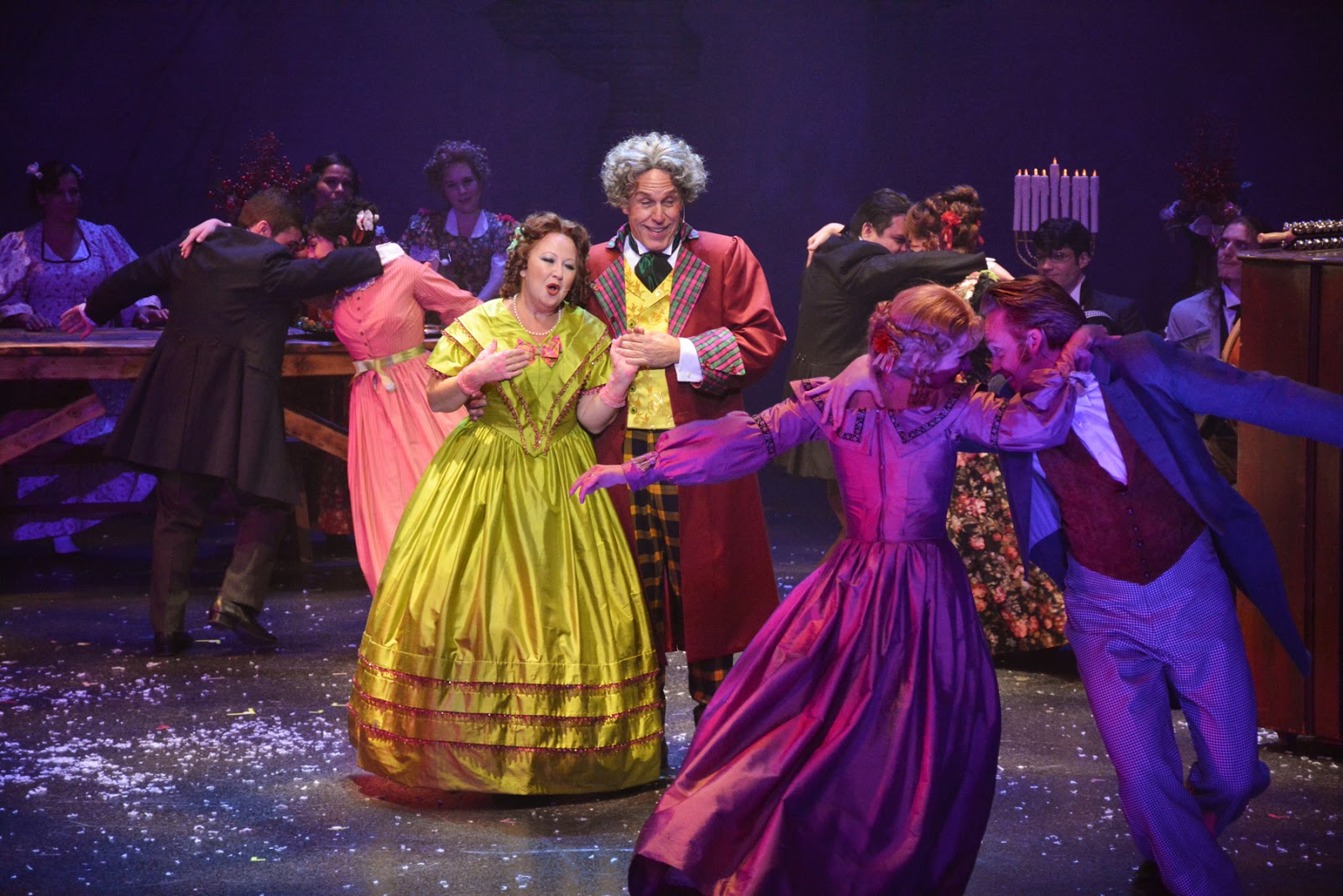 I love the way the lighting designer created depth with the light and dark areas. Nice.
Good photo lighting lesson for me. 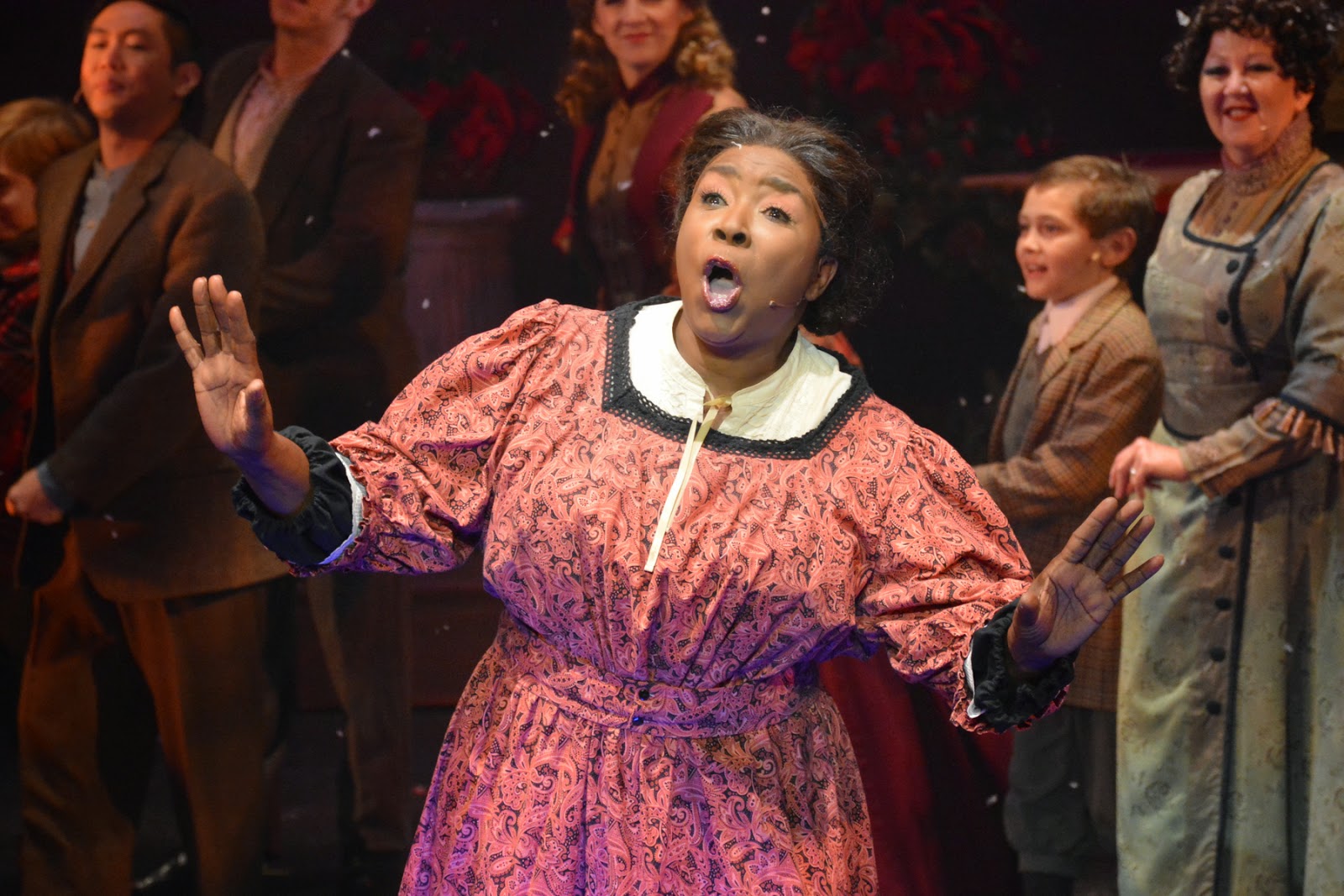 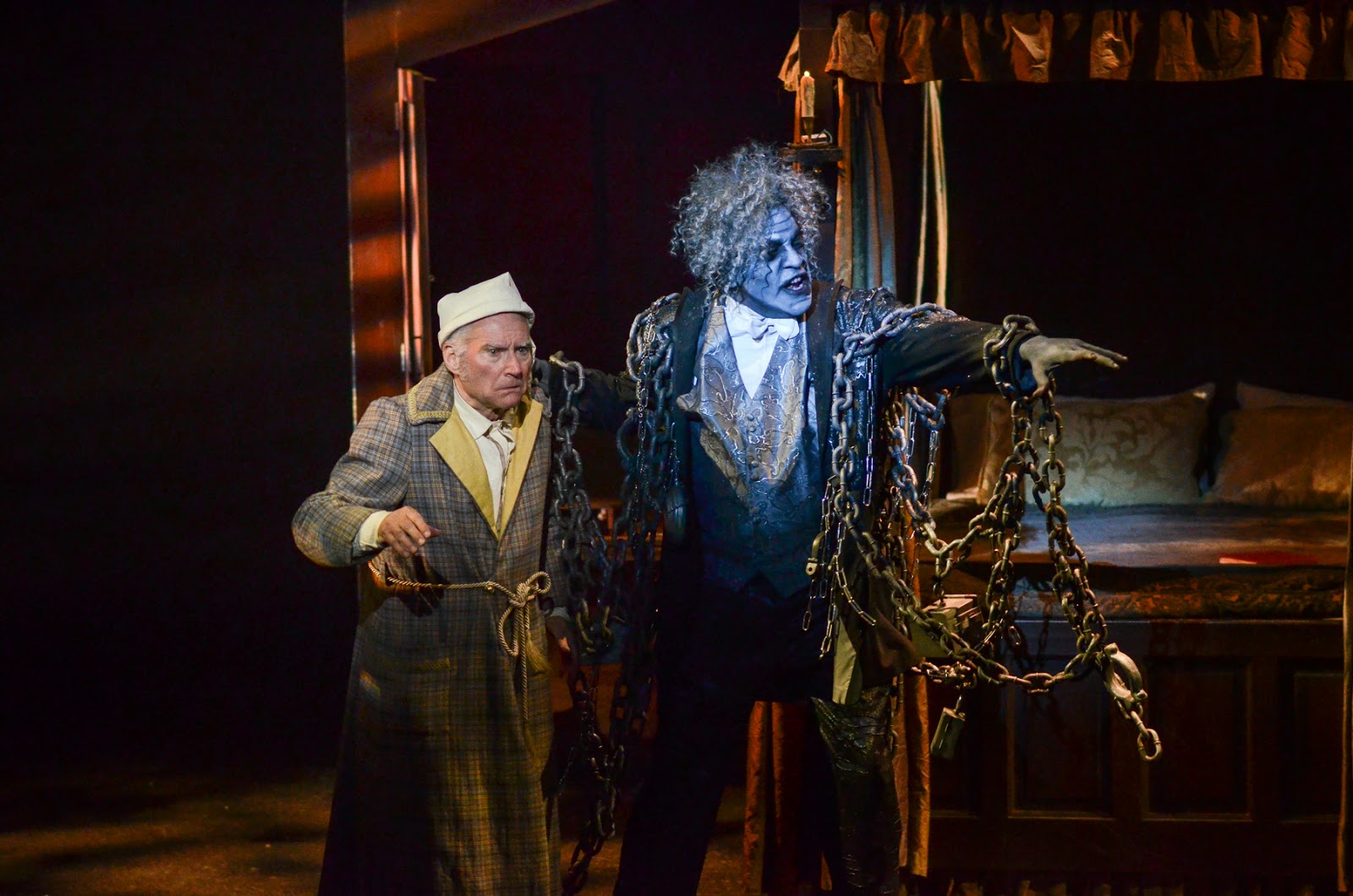 From now until 2015 the novel (Kindle Version) is on SALE
for only $3.99.  The perfect holiday read for every
photographer on your list.
Posted by Kirk, Photographer/Writer at 10:59 1 comment: