I am thinking about the power of experimenting with one's own vision, with no regard for clients. 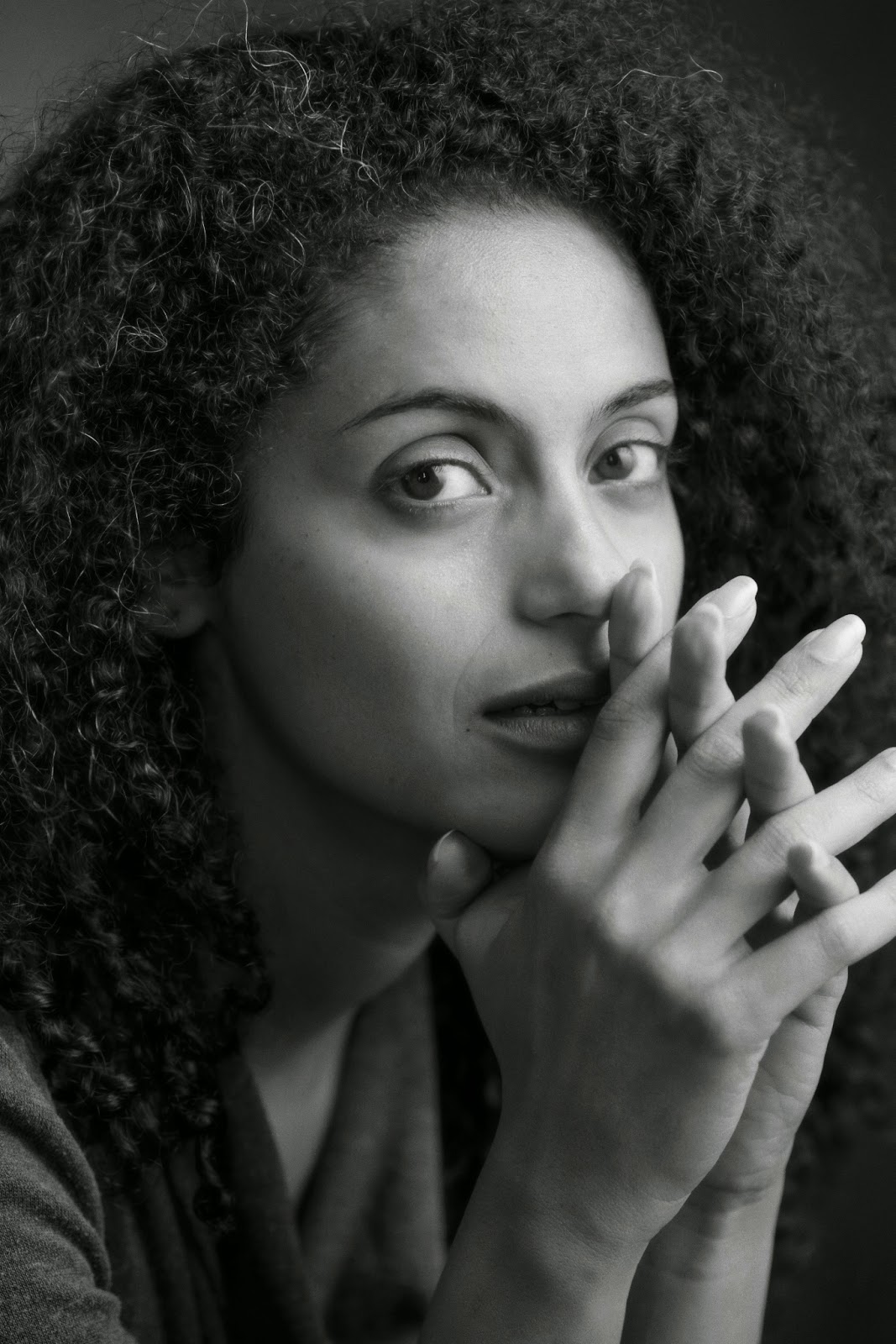 I know that people who don't photograph for a living, as a rule, photograph exactly what they are interested in and in a fashion they want to explore. When you start photographing for clients the scope of aesthetic flexibility shrinks quite a bit. Many times the potential to explore a subject or a portrait session is limited by the preconceptions of the person with the checkbook. The old saw is that they are coming to us for our vision or our sensibilities, and that is part of the equation, but for the most part the clients show up because we have a track record and they are reasonably assured that they'll get what they need nearly every time with get up to bat. Might not be an artistic "home run" every time but it's generally at least a single.

That means experimenting with new styles (or old, favorite styles) is something that professional photographers need to do for themselves. Clients tend to want the deep shadows filled in. They want compositions that reflect popular culture and design stereotypes and they especially want everyone in nearly ever image to be deliriously happy. But they can be sold something closer to the styles that we want to shoot in if we remember the cardinal rule of being a client: They don't know what's possible until they see an exact example. (A riff on the common phrase: "I'll know it when I see it."

This puts the ball firmly in our side of the court. If we want clients to hire us to shoot something cool or personal or even just a bit nuanced we have to show them what we can do and what we have done. The only way for them to warm up with new ideas and styles is to let them get cozy with work that works.

I think about this a lot because many corporate portraits conform to pervasive styles. Why, well it's driven by client's desires to run with the herd, to be part of the tribe, to not go too far outside of what's commonly accepted by their peer groups in order to ensconce themselves safely as members of the group so they can enjoy the economic bounty of acceptance.

Personally I like it when a portrait does more. I like playing with all kinds of light and lots of different poses and expressions. Especially honest expressions.

About a month or so ago Fadya called me and asked if I was in the mood to play around in the studio and make some new images. I was thrilled. It was a time in which I was using new lights and pushing them to see what I could do with them. I was using a new camera as well. We had fun, shot a lot of images and got caught up on social news and what not. I was very happy with our collaboration and displayed some of the images here on the blog.

Now I find myself discussing the chance of using the images in an ad that would run in national media. It's really wonderful when doing the work you love creates a direct connection to new opportunity. Keeps me wanting to shoot my own work during my downtime from client work. And that's a good thing.

It's a recreational day. Which camera am I using right now?

You caught me. You know me so well. It had to happen sometime. You know what I'm talking about, I woke up this morning and I just had to have a full frame camera. That big ole 35mm frame that confers so much on a photographer. And you could tell what with my flirtations about Nikon and what not which direction I'd head in. I mean, it was like a trail of bread crumbs, right? First the dalliance with the D7100 and then the manic acquisition of two D7000s in short order. It was only a matter of time before Photography's most fickle practitioner reached out and grabbed up a working, big, sexy full frame Nikon.

I've got the camera set up just the way I want it. I've got an AIs 60mm lens on the front and I've got the internal mechanism set to shoot monochrome (or black and white) at 400 ISO. I takes a little bit of getting used to, I mean the positioning of the controls and the very, very, very understated menus, but I seem to be getting the hang of it. The weird thing is that the body I picked up, while huge and very heavy, seems to be following the new Leica-trend in terms of minimizing features in favor of unimpeded operation. This unusual full framer does have three metering modes but it doesn't have any special AF point distribution modes. As best I can tell it's limited to only using the center focusing point. The finder doesn't light up in red like a Christmas tree when I half press the shutter button. It does seem to snap into sharp focus with gusto!

I've also been over every square inch looking for picture looks or profiles but I can't find any at all. Then there is the relief of not having the stupid features resident on so many competing cameras. Things that clutter the mind and suck on batteries with reckless enthusiasm. Crap like GPS (who, besides cartographers actually uses that frivolous feature? And you really depend on it? Sure.) The camera maker kindly resisted efforts to include wi-fi, bluetooth or AM radio as well. Which is good because I understand that the model I have chosen requires a ridiculous amount of post processing before  the files are usable. Nothing you can pop up on Facebook that lets you tell all your friends, "I am standing in front of the middle urinal at the south Costco and things are coming out fine..."

While I loves me the EVFs there's no option for that here. Just an OVF but a pretty nice one. It's usable for interior and exterior shooting and does a good job conveying bokeh if I squint just right. Excuse me for just a minute but I need to look at the manual again because I can't figure out how to switch back to sRGB.... Oh, right, there's no color management on this camera. But it's heavy enough to anchor a small boat. And when it first came out the magazine reviewers fell all over themselves to praise its operation. 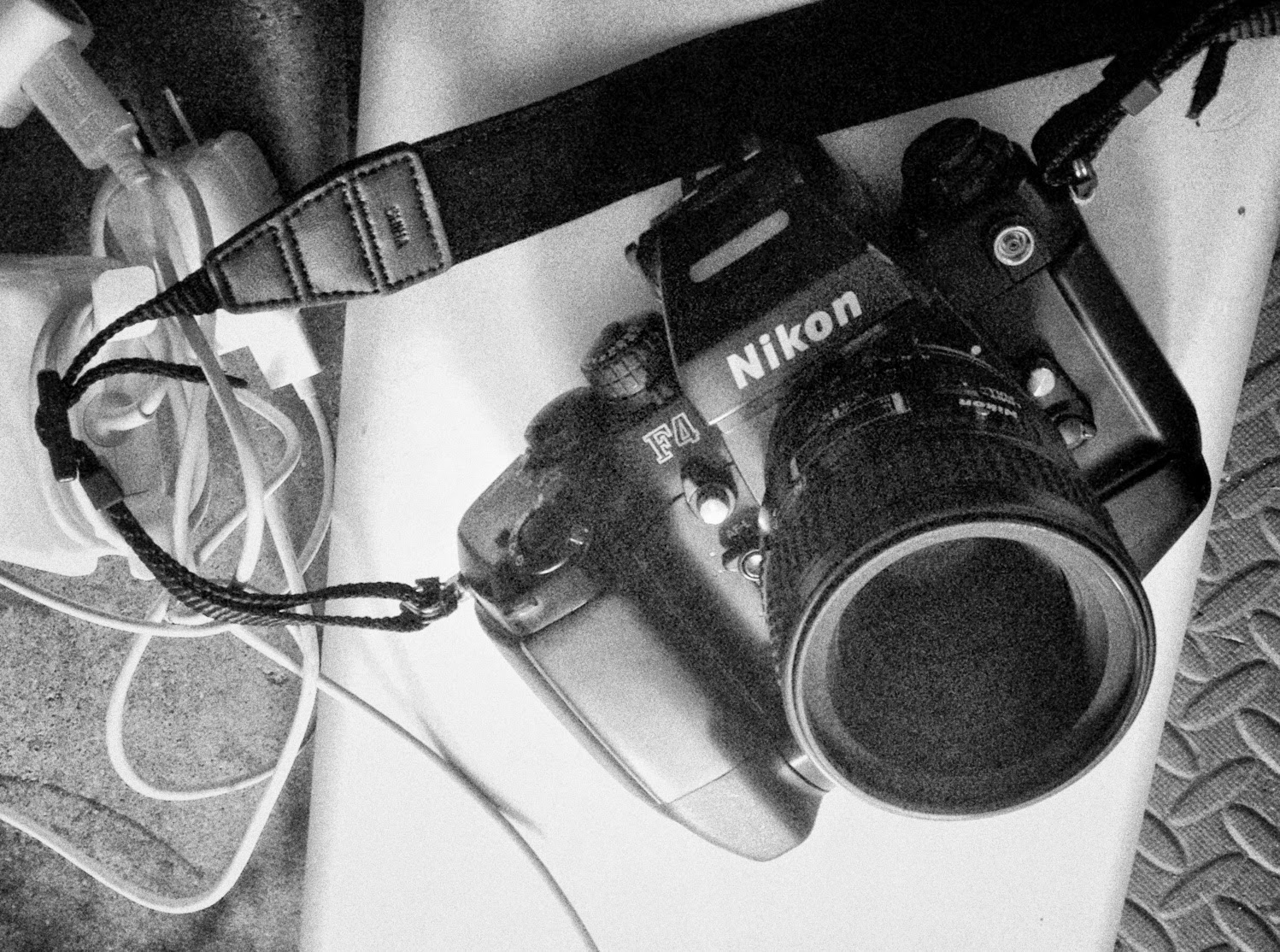 I woke up this morning with a strange desire to shoot some Tri-X black and white film in a camera that's really just no fucking nonsense. I guess it's a reaction to shooting and processing well over 20,000 digital frames over the last two months and just being bone tired of remembering to switch color balances, switch to uncompressed raw from Jpeg when switching from a web assignment to a magazine assignment mis-remembering whether or not I turned off the I.S. when I put the camera on the tripod and the frustration of hitting the video button when sticking my camera back in the bag only to find an hour of so of very dark video resident on the now full memory card after lunch.

I know, I know; I'll soon (probably mid-afternoon) chaff at carrying this primordial beast around all day without sherpas. I know that the digital revolution has hacked away at my once great attention span and by 4 or 5 today I'll be so anxious to see what I've shot and so ready to blog about it.... But I guess this is another one of those ill-fated, Zen-Like, self imposed exercises where we try to re-learn patience, humility and focused thrift.

Call it a day off with an old friend.

A review from a reader:

4 of 4 people found the following review helpful
5.0 out of 5 stars The Cure for a Sluggish Pulse June 24, 2014
By Michael Rosiak
Format:Kindle Edition|Verified Purchase
I recall reading “The Exorcist” one night (back when it first came out – the early 70’s), and I just could not put it down. Page after page, tension mounting, my heart racing, I pushed through to the end. At about 3 AM!

“The Lisbon Portfolio” got to me the same way. I began reading on the plane from Philly to Dallas. (To about 20%, according to the Kindle reader app’s little gray note on each page.) We were visiting with some of my wife’s family, but there were periods when I had time to myself, so I’d open the Nexus tablet and plow on. All were amused by my periodic “percent complete” reports. I finished it by the end of the second day.

If you have followed Kirk Tuck’s Visual Science Lab blog for any length of time, you can get a sense of who the man is. And I think Kirk Tuck is “The Lisbon Portfolio” protagonist Henry White. But, Henry White is not Kirk Tuck, even though they both hail from Austin, Texas. Not unless Kirk has been keeping his NSA and CIA adventures a secret from us. Just today (Monday), Kirk describes his gig at the RLM Math Conference in Denver, and it could easily have been a passage out of the book, as Henry Smith describes how he plans to shoot the Global Data Systems (GDS) 4-day international conference in Lisbon. He even brings in references to his Leica cameras. (Hint: a film Leica plays a significant role in an exciting scene in the book.)

Having spent the last several decades in the Corporate IT world, I could relate to his depictions of the GDS annual sales conference, aka “the dog and pony show,” intended to entice current and would-be customers to take the chance on the next (buggy) software release. More interesting to me is the depiction of GDS itself, (which seems to conflate both IBM and Ross Perot’s EDS), as the kind of amoral and controlling transnational corporation ably portrayed in Kim Stanley Robinson’s epic “Red Mars,” “Green Mars,” “Blue Mars” trilogy. The minor notes also ring true; for example, GDS’s ability to remotely access the hardware it sells, and reconfigure it on the fly. I can attest that that’s not fiction.

This is one of those stories where I wish I had taken notes of each new character as the plot-line moved forward. Good guys, bad guys (and gals), who they work for, or against, or both at the same time. And an increasing body count. The timeline jumps back and forth, with rapid scene changes typical of an action movie. The narrative flow reminds me of Tom Clancy’s “Red Storm Rising.”

Do I recommend it? You only get one guess. And remember to look up from the page every so often to catch your breath.