Gone photographing. Back in a few days. 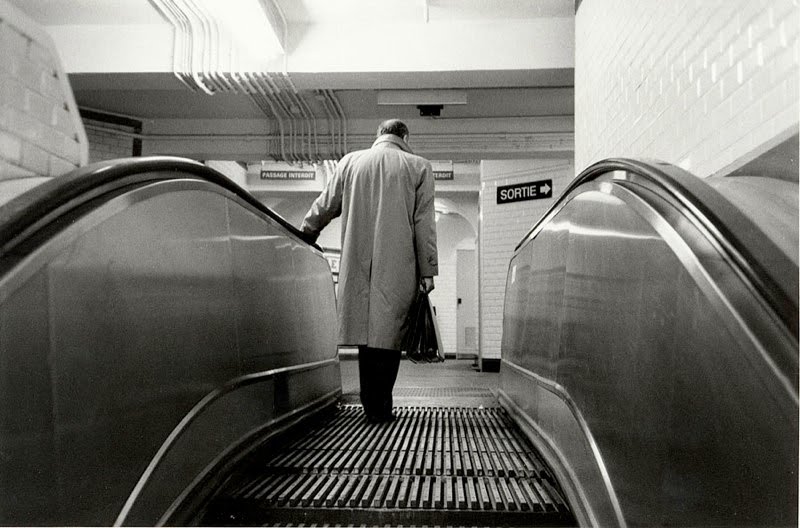 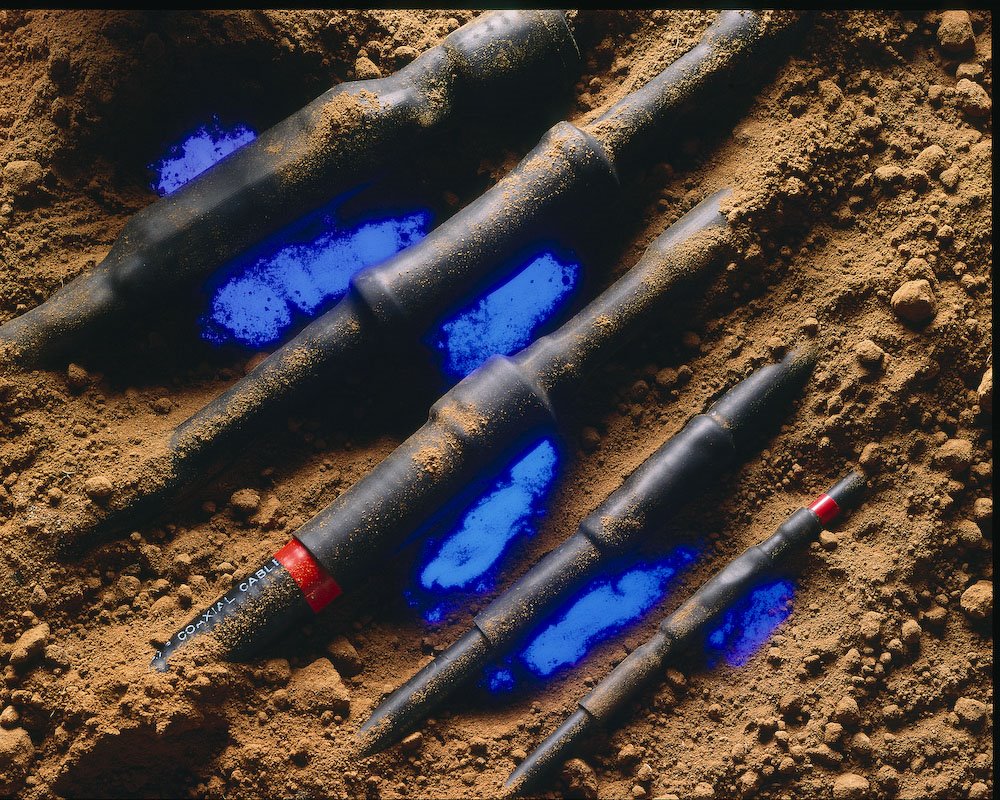 We had all these cables running into the VSL headquarters just for 1.5 meg DSL. (kinda kidding).
(from a studio assignment for 3M featuring heat shrink cable protection).

I'm not an early adopter in so many areas. I got my first car with Bluetooth in 2013. I'm still using an iPhone 4S. I don't order restaurant take out online. I'm not really sure why Twitter has value or if I am using it correctly. We have one television set. It's never been hooked up to cable. I only know about Pandora as she relates to Greek mythology. I think wi-if on a camera is the devil's work. And, most disturbingly, I've been using old AT&T business class DSL for the last 15 years. It got marginally faster a few years ago but only via the expense of a couple weeks of downtime and frustrating phone calls to help desks that repeated the same mantra over and over and over again: "Restart your modem."

But when we moved from Austin proper into the hills just west of Austin getting high speed connections was either impossible or required a King Midas/Goldman Sachs budget. Once I had a workable solution in the office I was loathe to change it. I made due with 3 mbs per second down and 1.5 mps up and I paid about $55 a month for the privilege. But recently Google came to Austin and even though they are only really interested in the low hanging fruit it has pushed their cable and other broadband competitors to change. A nice person from AT&T came by and showed me how switching our sloooow, home DSL and our sloow office DSL to their newer services would increase the speeds of our connections by a factor of ten while cutting our monthly bills in half. That's a nice value proposition, even for a lazy non-switcher like myself.

Of course, now I'm kicking myself for not switching earlier but I still remember the hassles I had to deal with the last time I changed just the speed of my connection which resulted in more down time than most submarines. I'd gladly give up speed and a bit of cash not to disrupt my routine. But this time I didn't resist. They made it too easy for me.

The technician came out this morning. He marveled at the bullet proof, weather proof, comet proof junction box at the back of the house like a Russian with steel fillings looking at a free gold crowns. About three hours later we'd switched from two old DSL accounts to one fiber account on a shared modem that delivers good signal strength everywhere. Just to test it Belinda and I watched two different movies in two locations, simultaneously. Nosferatu and some Meryl Streep movie on Netflix and nothing slowed down, coughed or hiccuped. (Now I sound like someone emerging from a time machine and talking about being able to read the newspaper on line!).

It's like the time I traded in my bigass BMW on a four cylinder Honda and rediscovered good gas mileage (and reliability, and low maintenance costs, and cheaper operating costs, and a better air conditioner, and........). It's always a little startling to change things.

But I miss things about the slower connection. Yesterday uploading two one megabyte images took about 20 second and it gave me time to think of a catchy headline for the blog I was writing. Today? One second and no downtime for the ole brain. No catchy headline.

The most exiting part of all this? Now I can watch Kai at DigitalRevTV and Chris Niccolls from The CameraStore TV in full on HD and I don't even have to wait for my machine to buffer the signal. No stuttering, no stopping and no more jaggies.

I'm pretty happy about the change, after the fact. My iPad streams news quicker and my laptop downloads new software like a geek box. But the biggest change is how quickly I can now upload enormous videos to Vimeo.com. Push a button and look away. By the time I hammer back a slug of cold coffee from the recesses of my desk the web has mysteriously sucked up a 600 MB video file and cracked the whip on the hamsters that process it at Vimeo ( a very nice service = thank you!).

I still think wi-fi in cameras is for children and other geeks and don't get me started on the stupid trend of putting GPS in a camera. I don't care what your rationale is, you and I both know you are wrong. But I'll come around in a few years. Once they've got it all perfected I'll give it a test drive. I just can't think of what in world I'd do with the coordinates. Maybe I'll give them to my phone and the robots will track me for the digital overlords. Could be fun. 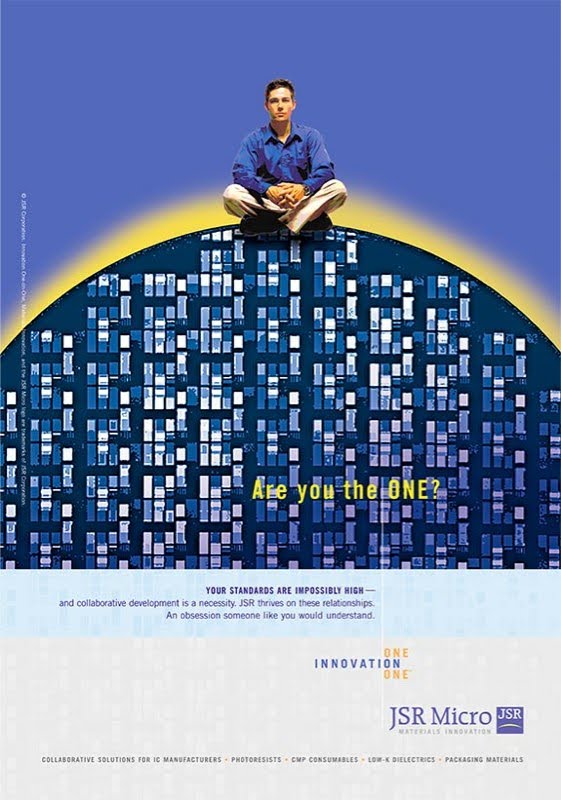 This is a cool ad for a Japanese tech firm that I worked on with my art director friend, Greg Barton over at Dandy Idea. Wafers, meditation and sunrises. Nice.

Absolutely the best camera evaluation video I have ever, ever seen on the world wide web. Thanks to Philip Bloom for tweeting it. 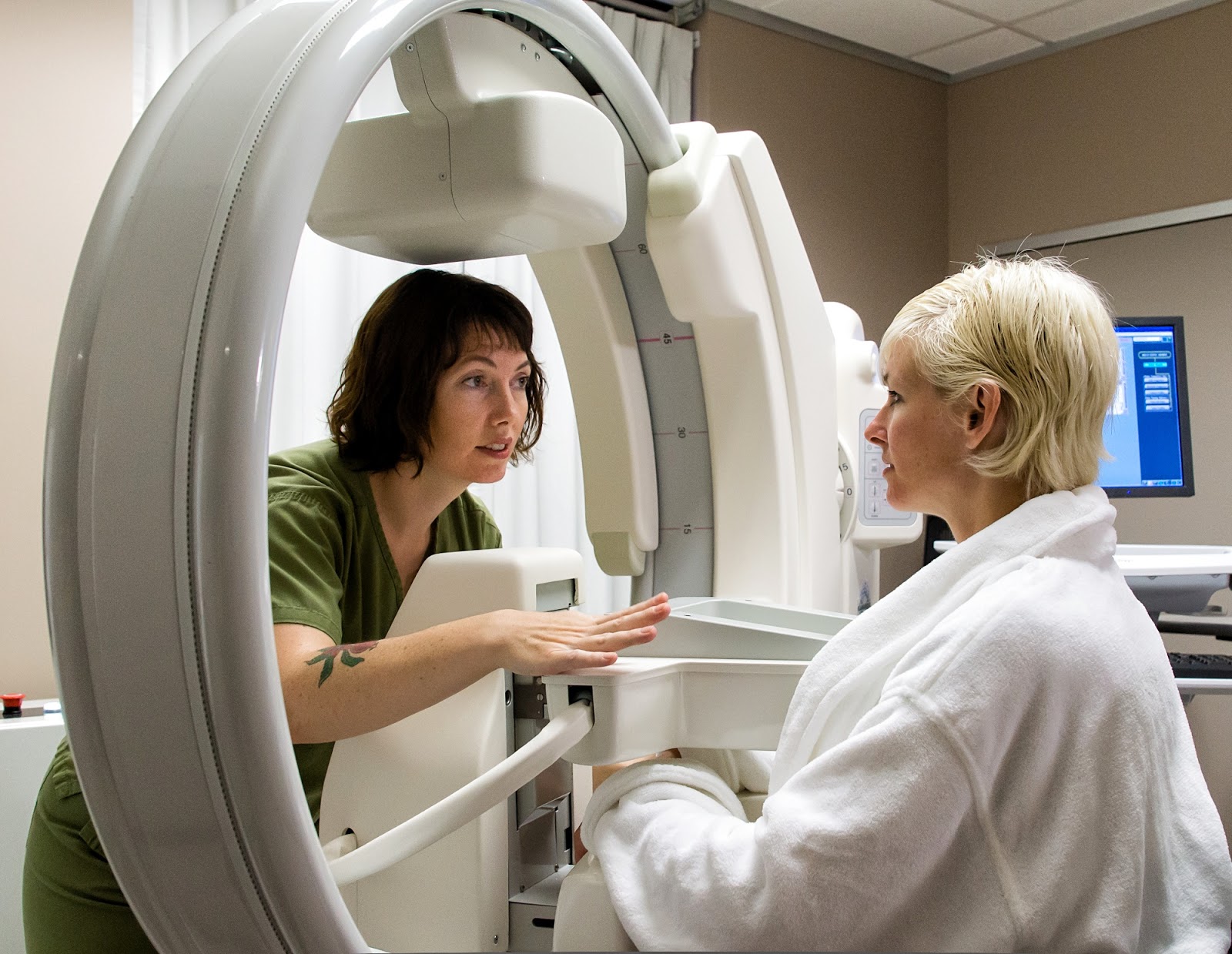 I like this photo because it shows off new technology for my client and the people in the shot look real and engaged. I was happy to have been able to light the entire scene with one overhead fluorescent fixture and four Fotodiox 312AS LED panels. I wanted the image to be "readable" and printable (no shadows blocking up, no highlights burned out) but I didn't want it to seem obviously lit.

In the shooting process my first consideration was to find the right angle to show off the machine and also be flattering for the models. The room we were shooting in is very small so the slim profile of the LED panels was a real plus. One panel that was behind me and to the left was used bounced against a wall and the space was so tight we couldn't get a stand in. I attached the light to a small table top tripod and balanced it on top of a small medical tray. Two lights, covered with diffusion material were used outside the door while the fourth was aimed at the equipment in the background so it didn't drop in tonal value. Everything was balanced in intensity to match the white curtained window at the back of the frame.

The use of a shorter than typical (for me) focal length helped to create a feeling of depth to the shot. My biggest challenge was to get enough light on the face of the technician on the left without blowing out too much highlight detail on the "patient's" white robe.

All of the above parameters were put into place first and then we stuck in the camera. I did a quick custom white balance from the robe and set a manual exposure on the camera. I was using the Sony a77 and the (nice) 16-50mm f2.8 kit lens. It's a bit noisier than my current cameras but light years better than earlier generations of cameras.

I am happy with the shot and in retrospect there are very few (if any) things that I would change.

There is the belief that the camera and lens are the vital parts of the process but by my reckoning they are a distant fourth place behind being able to visualize what you want to achieve, figuring out how to light it for depth and detail, getting the right poses, expressions and gestures from the talent and getting the shot styled the way you want. Once you've done those things just about any camera with the right focal length lens on the front will do the job.

The nicest thing for me about this job was having a client who understands the difference between a narrative style photo illustration and just another documentation of a machine. That's the best case scenario for working photographers.