I'm stalling for time while my footage from this afternoon renders. Screw DSLRs. Everyone should have a superzoom for day-to-day stuff. 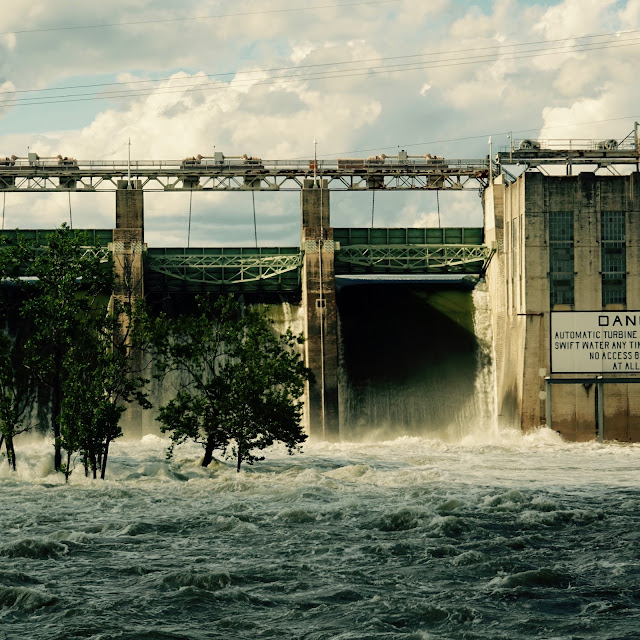 Hyperbole, hyperbole. I'm kidding about everyone needing a superzoom but I have to tell you that it's making my ongoing project work delightful, to say the least. I know, I've done this kind of work before with the D810, D750, GH4, OMD-EM5ii and even the older Sony a99. Shooting video with DSLRs just flat out sucks unless the only parameter that matters to you is how far out of focus you can put a background. Compared to the Sony RX10 cameras the audio is no better, the codecs (excepting the GH4) are no better (and in most cases much, much worse) the focusing is worse, the controls are more limited and you need to drag around a wheelbarrow to bring your lens selection along.

I'm always frank so I will say that 90% of the stuff I shot in video with the Sony RX10iii could have been done exactly as well with the Panasonic fz 1000. But I'll draw the line there and say that any other DSLR or hybrid camera would have made life more miserable, taken longer to shoot with, and required more lenses. Of course, if you were smarter than me you could trump my whole argument (as it applies to video only) by just grabbing one of the newly plentiful Sony one inch, dedicated video cameras and maybe your job would have been even easier. Not so with non-dedicated-video camera choices. Sorry. No way.

And the funny thing is that what I was shooting was not earth shattering or the kind of material that requires the lowest noise and the highest degree of sharpness.

I'll back up and go from the start; which was around 4:30 pm this afternoon. I've been working on a video about the Memorial Day flood last year. We've already handed off a rough cut and we used some archival footage, provided by the client, of flooding. You know, cascading water and water overflowing roads. The problem was that it didn't look dramatic enough. We wanted something with more power and punch behind the water. And we wanted swirling, angry, brown, fast moving water.

I got an e-mail around 4:30 to discuss raging water aesthetics and five minutes later I had my "go" bag (video) in the car and was heading a couple of miles away to the Tom Miller Dam where, I had learned earlier today, they were opening flood gates to deal with a tremendous amount of flood water coming to them from upstream. The area around the dam was boiling as the water roared down into the narrow chasm.

The Lower Colorado River Authority is officed just in front and high above the dam, over to the right of this frame. You can be sure they built their HQ far out of any possible flood zone but they like to keep their eyes on things and, you know; location, location, location.

The LCRA was kind enough to build an observation deck at the end of a catwalk that puts you in the perfect position to videotape or photograph the damn from the correct angle as well as the raging torrent flowing from the dam. I had my RX10iii in my hands and I've had it set to all the appropriate settings from the moment I left the car. I put a variable neutral density filter on the front because we had full sun this afternoon (for a change) and I started composing shots. The water was so co-operative. It swirled, broke and sluiced with all the enthusiasm you would expect, given the thousands of feet per second being released...

I got great overall shots at 24mm and amazing shots of the suffering, half submerged tree lines that used to be on little islands in the lake. I shot at 60 fps to I could get smooth footage. The range of focal lengths was like having magic in my hands and, with some practice on the little zoom switch by the shutter button, you can get some great zooms from wide to mid-telephoto which were smooth and kept focus.

No lens changing. A complement of zebras to show me just were the highlights break. Focus peaking for those really long focal length shots, and a wonderful EVF. All writing to an inexpensive SDXC card. So, we're on like, day ten of our project and, computing a rental rate of $150 per day, we've already hit the break even point at which the RX10iii has paid for itself and is now entering the realm of pure potential and profit making.

The camera is not perfect, but then neither is the operator. But that mutual understanding of our  deficiencies is a bond rather than a wedge. I help out the camera and the camera helps me.

If you shoot a mix of video and still photography for a living you might want to consider a camera like this one. Get an fz 1000 if you are on a budget. But don't tell me your DSLR is as good or better for hybrid use. I just won't believe you.

Posted by Kirk, Photographer/Writer at 18:37 5 comments:

I am re-reading a great book by Steven Pressfield....

The book is called, Turning Pro, and is subtitled, Tap Your Inner Power and Create Your Life's Work. I'm not putting up an Amazon link because, today, I am just tired of the endless merchandizing that infects blogs in general. Ask your library to order a copy.

The book is great for anyone who feels stuck. Stuck in the moment or just stuck time to time. It's great for people who can't seem to get their projects started. It's a kick in the pants for people who squander time and then insist that everyone else has all the luck.

It's an honest, thoughtful book that has, as its main objective, helping people get past all the self-inflicted resistance in their lives and move forward to realize their own promise.

Goes back to the Tao. Mastering people is strength. Mastering oneself is true power.

Just a reminder to read more books. Now I'm back to work.
Posted by Kirk, Photographer/Writer at 10:47 2 comments: