Why I put on a suit and nice shoes and drove an hour to a rehearsal for a corporate show I was not hired to work at. 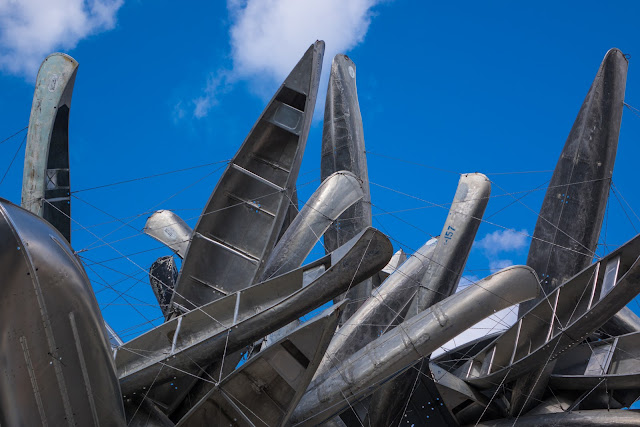 I worked on a video project this month. At every step, from script submission, to rough cut, to final cut, the project was thoroughly inspected and approved by a hierarchy of responsible people; including the CEO. The video will play tomorrow at the company's annual meeting. I delivered the video program to the client via an FTP delivery earlier in the week. I sent the same file to the A/V company that would be in charge of technically producing the show. A day later I got in my car and drove over to the A/V company to deliver a memory stick with six different file types of the same program to make sure they had back-ups and options. Thumbs up everywhere.

But even though I had "covered my bases" I asked if I could come out this morning to the rehearsal.
I put two extra memory sticks with the video program on them into the pocket of my khaki suit coat, gave my shoes a cursory re-plolish, had a last sip of Illy coffee and headed out to the little town, thirty miles away, where the show is being held.

When I got to the auditorium I found the person I had worked with on a daily basis for the project and handed her a memory stick. I did the same for the person she reports to. "Just a bit of insurance." I told them as I handed the Lexar memory sticks off.

We chatted and then the A/V company started going through the "run of show" and I watched the video I'd worked on spread across a 24 foot wide screen in the middle of the stage. I paid careful attention to every second. I listened as carefully as I knew how. The projection was perfect. Detailed and crispy. The audio was perfectly EQ'd through the house P.A.

I shook hands with the CEO (the only other person on the premises with a suit and tie) and we said nice things to each other in passing. Then I got in my car and headed back home.

Now I'll be able to get a good night's sleep knowing that the project will be presented correctly and that my clients would indeed get the value they paid for. Call it one more step in a quality control routine....

I got back to Austin and changed into take the day off clothes. Shorts and an old, weathered shirt. Tattered sandals. I warmed up a couple slices of the pizza we had last night for dinner and sat down to work on correcting some auto-correct "artifacts" in yesterday's blog post.

I felt calm knowing I had done everything in my control to make the client's video presentation during their annual meeting as good as I could. And that's a part of the job most people never get around to writing about. But I think it's critical, if you want the next project...
Posted by Kirk, Photographer/Writer at 13:45 7 comments: