The search for my ultimate 50mm lens to use on the Sony A7ii is on temporary hold as I try out an interesting lens. It's on probation. 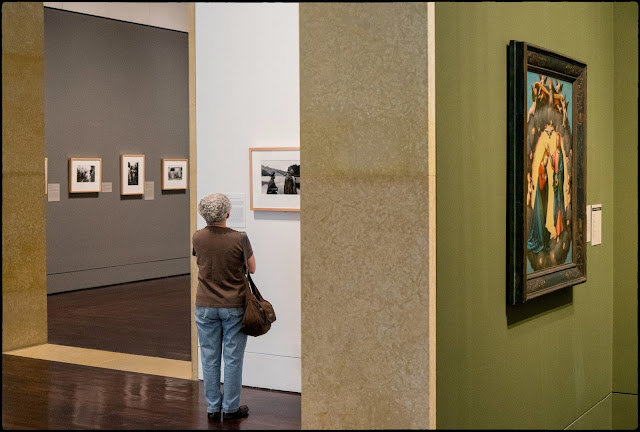 I've been prowling through the commercial-o-sphere looking at 50mm lens options for the clever mirrorless cameras that Sony keeps dangling in front of me. I like 50's. I like them a lot. But there is something strange and off putting about spending $900 or $1200 to get a decent normal lens when the world is filled with magnificent 50mm models from days gone by. And mostly they are available for much more reasonable prices. The only additional price of admission is an inexpensive adapter...

Back in the early 1990's I had a brief flirtation with the line of cameras built by Yashica and sold under the Contax brand. They had a licensing agreement with Zeiss and under that agreement they created and marketed a line of lenses that were really quite good. I had two different 50's from them; the f1.4 and the f1.7 and both were very good lenses for me. I have to confess that while I know I was supposed to like the faster and more expensive lens better I always favored the images coming from the f1.7 version. The benefit of that littler Zeiss lens is that it's small, light and sharp. Even with an adapter along for the ride it is not burdensome on the A7ii and, in fact, is the perfect fit where I am concerned.

I ordered the lens and the adapter from a merchant on Amazon. I was fine with the stated delivery time which would place the duo here between the 23rd and the 27th of the month. Imagine my delight when I came home yesterday and the box from Amazon was hanging out of my mailbox. Three days early! Nice surprise.

Over the weekend I had a chance to play with the Rokinon 50mm 1.4 and, while I am sure it's a good performer, the new, little Zeiss package is much more ergonomic. My total cost for the lens and a C/Y to Nex adapter was less than $150. I've shot a few images but certainly not enough to say anything definitive about it. Yet. My cursory observations include: Wow! No vignetting. None. And, wow, the finder image is bright and contrasty. I've got the lens with me today and it's following me on my rounds. I'll shoot with it as much as I can. Then we'll see if inexpensive, Zeiss branded stuff from the 1990's can hold a candle to modern, un-adapted glass. 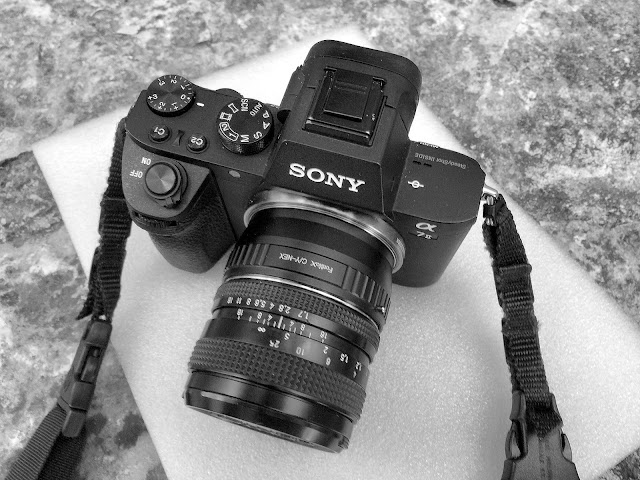 The lens is small and the adapter is simple. 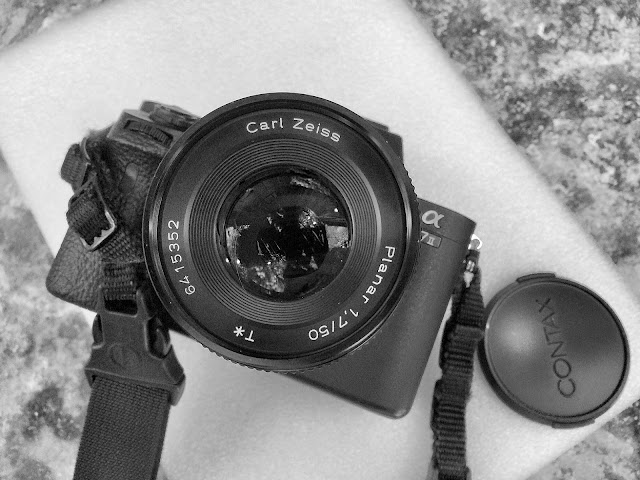 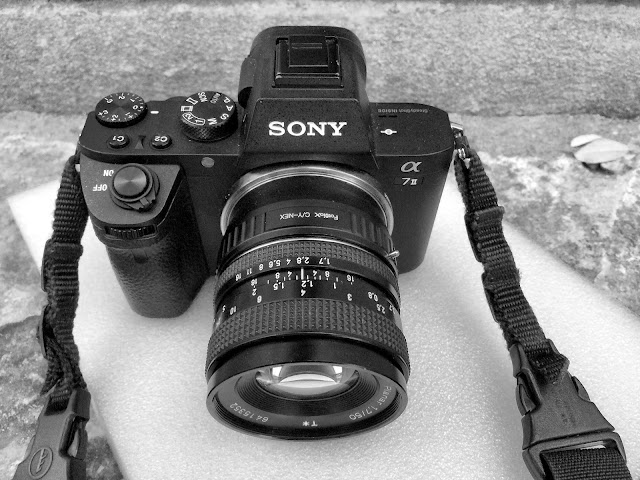 Posted by Kirk, Photographer/Writer at 11:29 7 comments: