Photographing The Stage With an Old Favorite: The Sony A7rii. And its understudy... 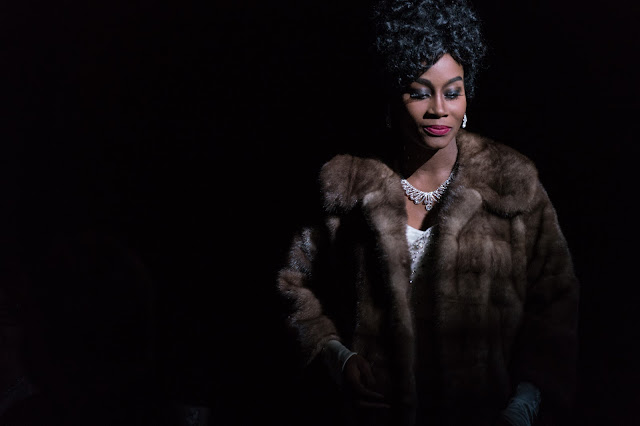 On Saturday, at a rehearsal, I shot video of "Lady Day at Emerson's Bar and Grill" with the Panasonic fz2500. The 4K video looked really, really good so I brought that camera back the next evening to shoot images from lots of different angles at the technical rehearsal. But last night I defaulted back to the tried and true cameras for the important images at the dress rehearsal. The "go-to" camera for me at the theater these days is the Sony A7Rii. It has much to commend it; the 42 megapixel sensor is great at higher ISOs, and at moderate ISOs the image quality is pretty much unbeatable by anything else in the 35mm sensor sized digital camera market. A medium format sensor might be theoretically better but I'd be hard pressed to find the right glass for any of the models I'd want to budget for.

I haven't seen a 70-200mm f4.0 with image stabilization on the Hasselblad roadmap....or Fuji's roadmap, for that matter. And neither of those camera can challenge the A7Rii's hybrid CD-AF/PD-AF focusing performance.

I was planted mid-way up the house with a full audience surrounding me. I set the camera to the "silent mode" and was audibly stealthy for the rest of the evening. Since I was shooting frequently and chimping rarely, the dinky battery in the camera got me through about 700 frames.

About half the time I used the camera in the APS-C mode which gets me 50% more reach and still delivers 18 megapixels of good file. The camera and the 70-200mm f4.0 lens make for a great theater shooting photography system. I can shoot wide open without hesitation and I can handhold at all the shutter speeds that will freeze subject movement, without concern.

Last night I also packed a system that gave me about 2X the reach of the A7rii and the 70/200 (used in APS-C mode). It was the redoubtable, Sony RX10iii. I swear that camera is magic. Its color profile is nearly identical with the A7rii and it matches, tonally, as well. But the ability to reach out with a 600mm equivalent reach and to watch the image stabilization steady up the image in the finder is breathtaking. I tend to set the RX10iii to f4.0 and leave it there. It's sharp and contrasty and, even though focusing is slightly slower than the newer Panasonic fz2500 when it locks in it's right on the money every time. No caveats.

In a rational and sane photographic universe I would own four perfectly complementary cameras: Two A7rii's and two RX10iii's. I can't imagine anything I could not handle, photographically, with those two systems. The thing that cured my long time (chronic?) gear acquisition compulsion is the simple fact that Sony makes the two dominant cameras in their respective fields and I already own both of them. What else is there to buy?  I guess the closest thing, in terms of image quality, would be a Nikon D810 with a painstakingly calibrated 70-200mm lens inside a sound proof blimp. Wouldn't that be fun to shoot with? (sarcasm intended here).

As to the perfect super-zoom bridge camera, nothing out there matches or betters the overall photographic performance of the RX10iii. I am tempted to buy a back-up just in case Sony management goes insane and discontinues it. To have used one and then have the option taken away would be heart-breaking.

These files are too small to assess on the web. I am constricted to uploading files that are no larger than 2200 pixel on the long side. Take me at my word when I say that these files look amazing spread across a Retina screen at full resolution. Both cameras amaze me everything time I use them.

On another note; I used the Panasonic fz2500 today to do interviews with Chanel (the actor shown here) and the director of the play. I was reminded of just how good a video camera it is and how different recording video is from recording very high resolution photography files. I am as impressed by the 4K video that came from the Panasonic this afternoon as I was when processing the Sony photography files this morning. A time of amazing camera riches, for sure! 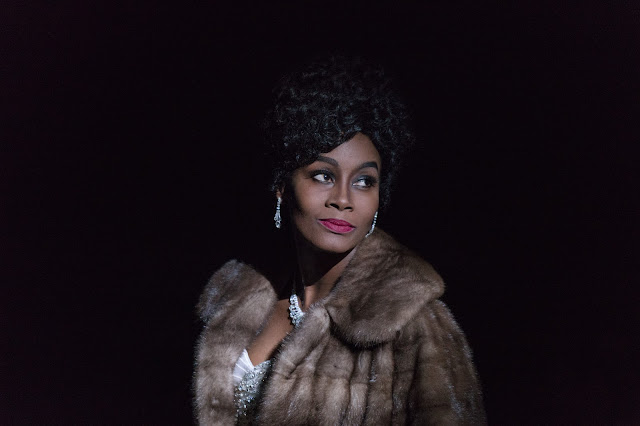 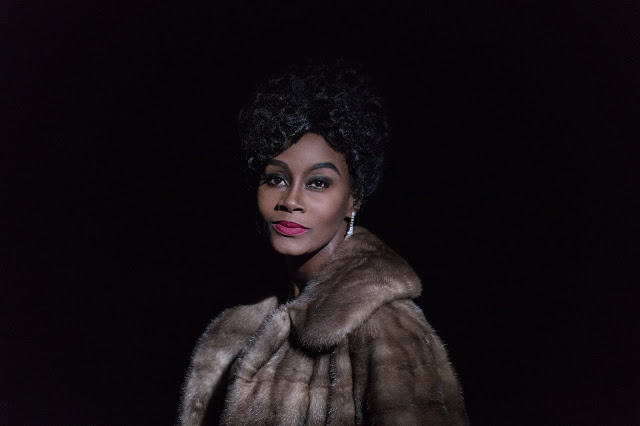 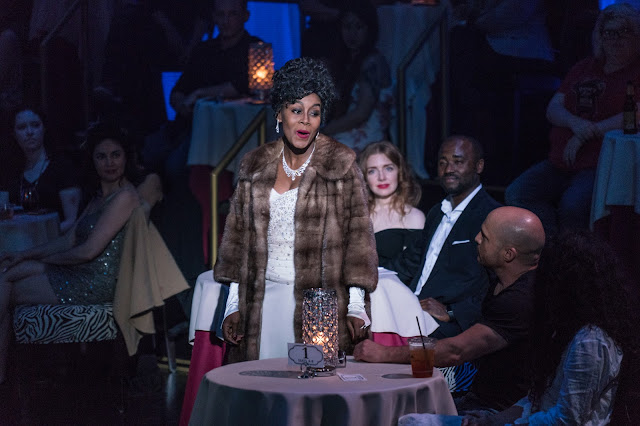 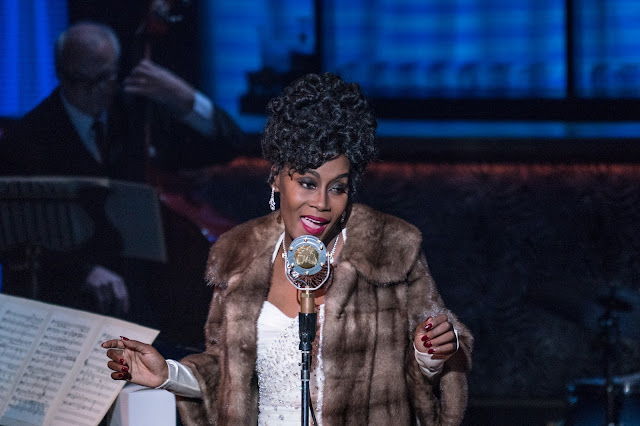 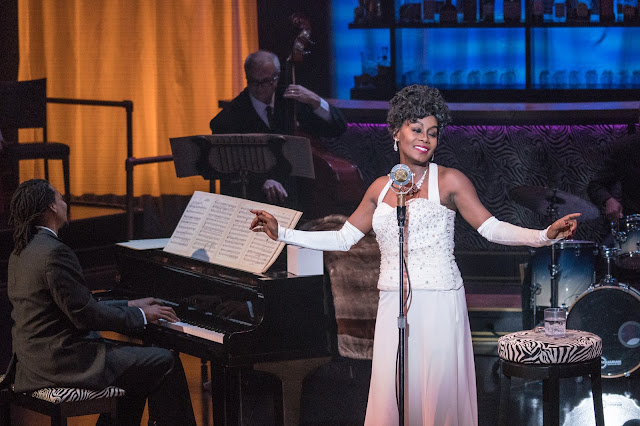 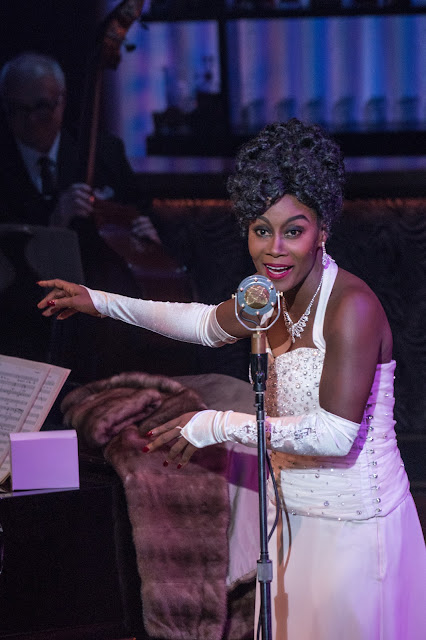 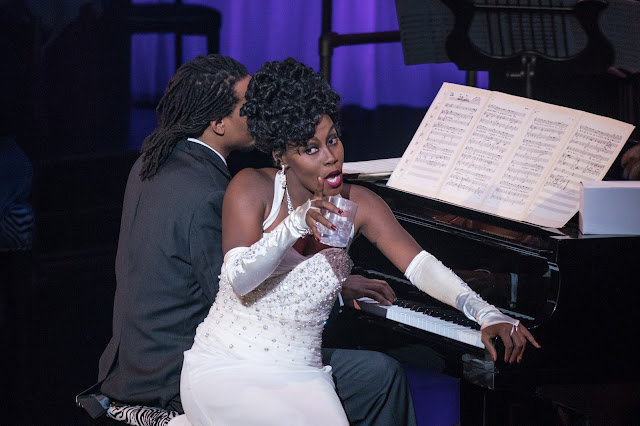 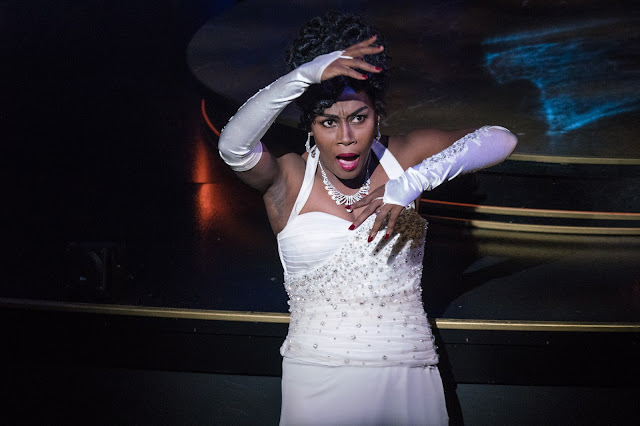 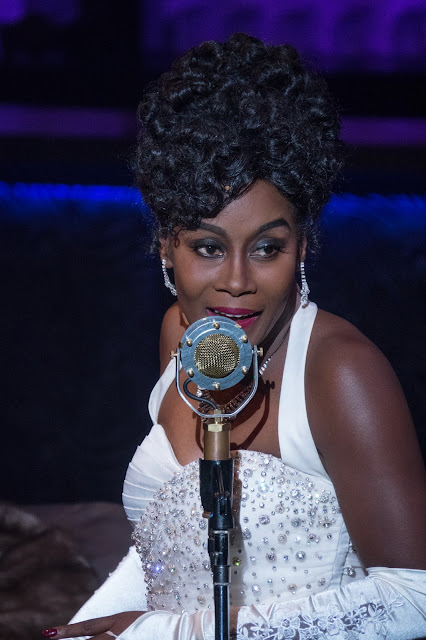 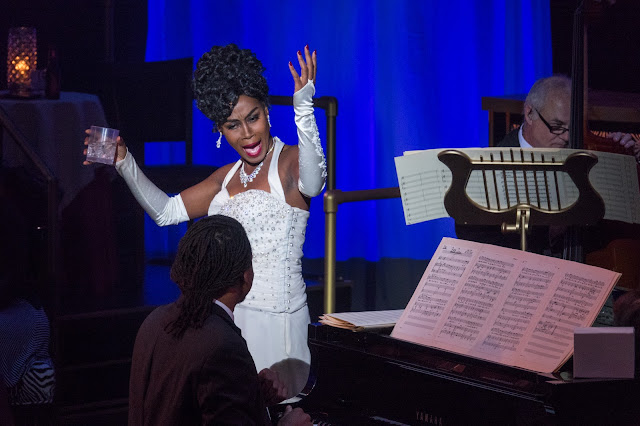 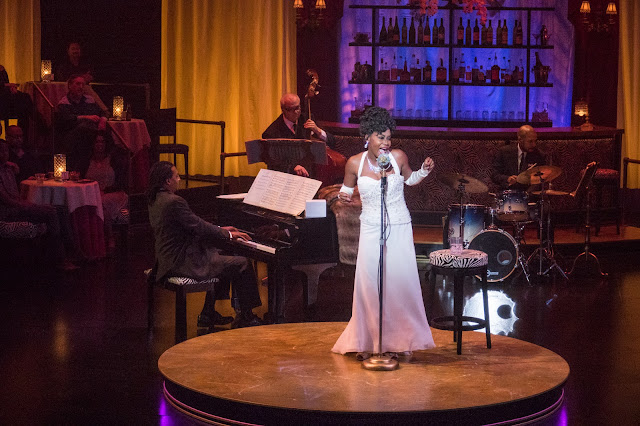 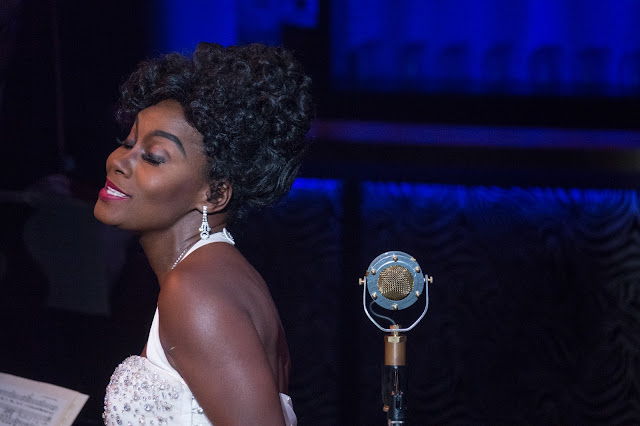 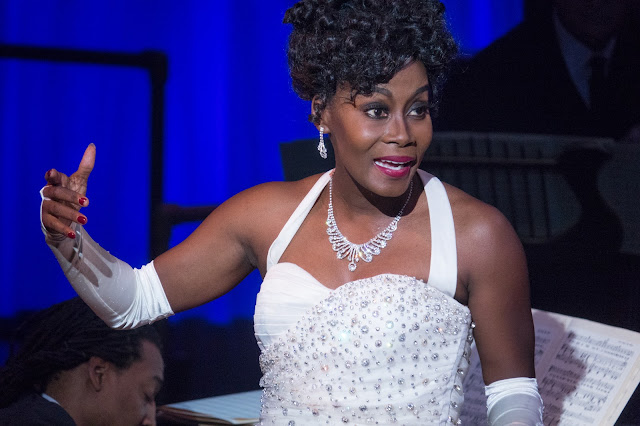 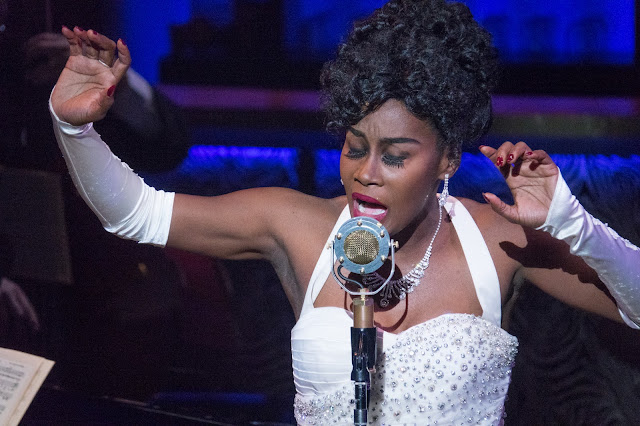 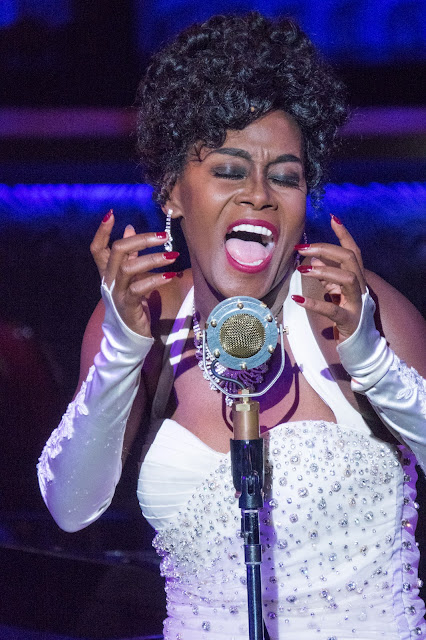 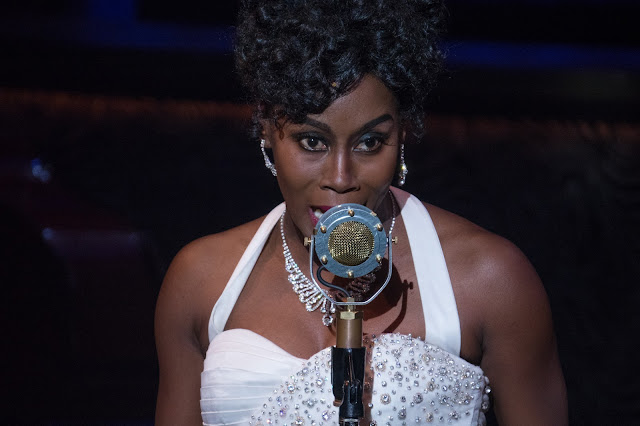 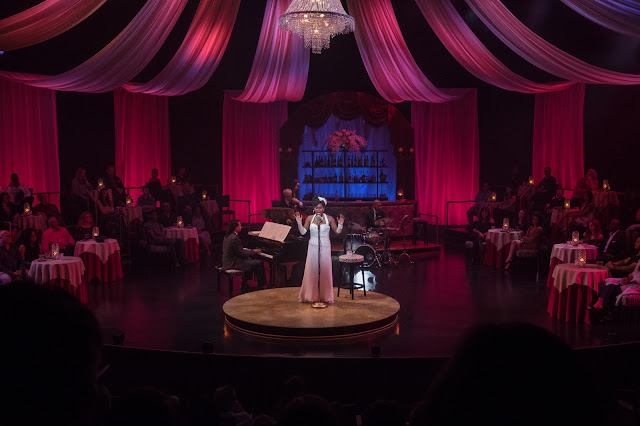 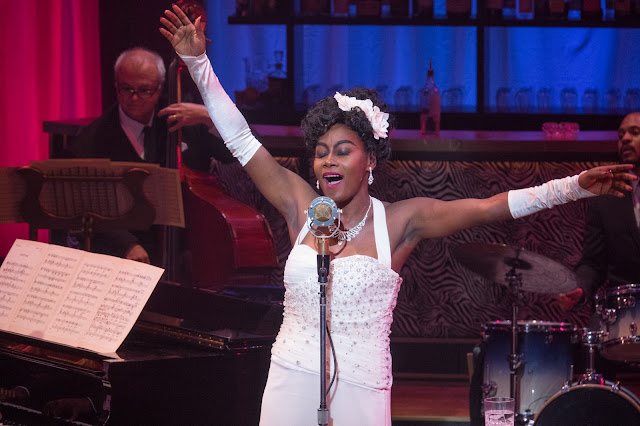 Posted by Kirk, Photographer/Writer at 21:59 8 comments: