In the early days of my time as a photographer I could barely afford three lenses. I made them do everything on every job. There's always been the mythology that to be a "professional" photography one needs a Pelican case full of lenses; every focal length the maker of your camera provides. It's a paralyzing mythology for a lot of young photographers who can't afford all the glamorous glass they've been led to believe they need. But as one progresses in one's career it becomes pretty obvious that there emerge preferences for certain focal lengths and, at some point, the majority of images from some well known photographers end up being made almost exclusively with one favorite lens; one favorite focal length.

When I started out I made some logical decisions (at least I imagined that they were logical...). I bought a nice, used Canon FD 24mm f2.8, an even more used Canon FD 50mm f1.4 and a newish Canon FD 85mm f1.8. I used them mostly with my Canon EF SLR and my ancient back-up camera, a Canon TX, which boasted shutter speeds all the way up to 1/500th of a second!!!

I used the 24mm sparingly, pressing it into service to shoot interiors of new homes for developers and the exteriors of new apartment complexes being built in central Texas. The 50mm was my standard street shooting, new documentarian lens. But the real money maker was the 85mm f1.8. I used it to shoot portrait after portrait, and to build my business. There was a flow for me and it was always toward the medium telephoto focal ranges. Something just clicked in my brain whenever I picked up the lens and aimed it at someone.

Over time I followed in the routine pattern of photographers and decided that lenses of all variety were a vital necessity for a growing imaging business; that I would be letting my clients down if I did not have every focal length from 14mm to 300mm (and beyond), with 10 or 20mm of difference in between each of the primes. Crazy, but that's the way so many people roll ---- they think they need almost overlapping "coverage" even if they must go into deep debt to achieve it. Can't let those clients down, right?

Well, give it thirty years or so, drop 300,000+ photographs into your Lightroom library, and you begin to be able to see a clearer picture of what drives your work, your art. A bit of informal data mining shows me that the vast majority of work I've done was completed with focal lengths between 85mm and 135mm but that the vast majority were done right around 85-90mm.

When Sony came out with their G Master 85mm f1.4 I was momentarily intrigued but then I lifted one up and all my interest vanished. Damn thing is a weighty brick and the price tag must have been calculated by the ounce. I've been making do with a Rokinon Cine 85mm t1.5 but I was getting tired of manually focusing everything and remembering to stop down, etc.

Why not just use the (very sharp) 85mm focal length on the 70-200mm f4.0 G? Because it's too big and unwieldy for an every day, tagalong user. So, I was thrilled when Sony came out with their FE 85mm f1.8. I read some reviews, watched the guys on TheCameraStoreTV compare it with the similar model from Zeiss, and finally decided to pick one up.

I drove out to Precision Camera this morning, dropped my six hundred bucks on the counter and walked out with one in the box. It's utilitarian, manageably small and the front element (67mm) looks very cool. I haven't shot with it yet ---- I'll do that all weekend long on two jobs coming up --- but I like the way it balances on my A7ii.

When it comes to my full frame, working cameras I am very happy to be circling back to the basics. I'm loving the new FE 50mm f1.8, the 85mm holds great promise, and I'm toying with getting a 24mm as well. That will be the last one of the trio I'd buy. I've got a nice, small 24-70mm Zeiss lens that seems to handle that focal length well. At any rate, I'm getting a nice, nostalgic hit of pleasure from my new purchase. And reasonably priced as well.

Now, when will they come out with a new RX 10 series camera, complete with a super fast 85mm equivalent lens? Happiness across formats.

P.S. owning a wide range of lenses is hardly necessary for a working photographer. In retrospect most of the focal lengths I ended up buying I would gladly trade back for the time I spent working for them.....
Posted by Kirk, Photographer/Writer at 17:45 No comments:

Full frame versus one inch? Nope; it's not a contest. 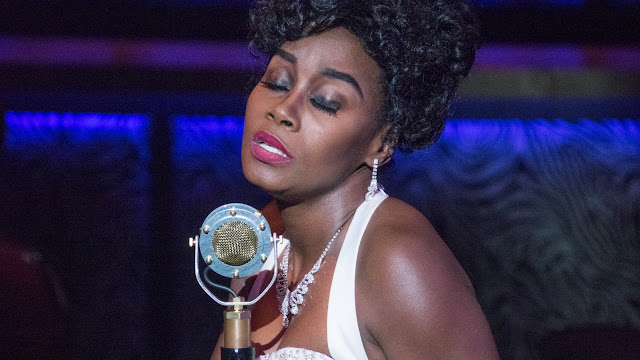 One of these images was made with a $1500, one inch sensor, bridge camera while the other was made with a camera most would consider either "the" or "one of" the current state of the art, full frame camera ($3200) coupled with a $1500 lens. If I pull them onto a 27 inch Retina screen and blow them both up I can tell that one is less noisy, a bit more detailed, and has slightly nicer overall tonality (chalk that up to increased dynamic range). Would my client care which camera made which photograph? Hardly. They are looking for the right moment, the right expression, the right composition and the right emotion. The idea of "extreme" technical differences between these cameras would be laughable to them. So, which one is from the RX10iii and which was created by the A7rii? The one on top is the RX while the one on the bottom is the A7xx.

I was thinking about the images I recently shot for Zach Theatre as I drank coffee this morning and read the usual sites. I start with the Washington Post, dabble in the Wall Street Journal and NY Times and sometimes end up seeing what's new over at DP Review. Today, chomping on a waffle, I started reading through the comments on DP Review that readers had left on the Fuji medium format camera review. That inspired me to also read the review.  Given all the hoopla attached to breathless "previews" and "first impressions" looks at the product I presumed that DP Reviewers would find the camera (GFX 50S) to be a very big step up from the full frame contingent from Nikon, Sony and Canon. It was not the case.

While the reviewers found the camera endearing and brave they also had to admit that the output from the Sony A7rii was, in some cases, very close to the overall quality in comparison and, in some cases, even superior. Add in fast, sharp lenses and great zooms and the review soon devolved into a study of just how far 35mm sized systems have come and how the system really determines how well the various  cameras will work and how high the quality of the output will be. And they mentioned that it would be nice if the two MF cameras focused, you know, more rapidly. And more importantly, will the quality of MF translate into the kind of work you do.

I laughed at one point when someone on the DPReview staff earnestly wrote that there was a difference of .08th of a stop in some performance aspect of the Fuji MF versus the H-Blad mirrorless MF camera. A pea under the mattress of the reviewer princess, indeed.

As expected, the comments ran the gamut but the schism was between people who encouraged putting off a final judgement until the MF makers could rush faster lenses to the market in order to match the (mindless) equivalency between the systems, and the people who already knew that this kind of MF camera, coupled with slow lenses, at misguided focal lengths, would render the product only useful to collectors and people anxious to show off their purchasing power (awfully hard to bring your luxe car into the night club with you on the end of a strap...).

Which brings me back to the question of competition between formats and sensor sizes. There are differences but they are aesthetic specific. You need ultra thin depth of field you go one way, you need incredible reach you go another way. But point of view, mastery of lighting, directing and composition mostly trump a lot of technical considerations....at least where clients are concerned.

I have several full frame cameras but I find myself preferring to shoot most things with a one inch sensor camera. When it comes to producing video I am even more firmly in the one inch camp. Master the techniques of photography and the absolutism of format tyranny fades. It's nice. 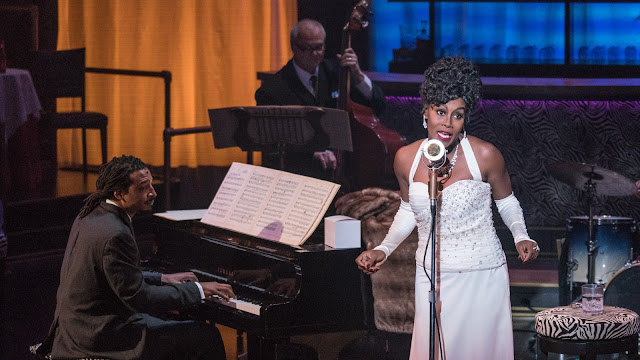 While the commenters at DP Review seemed to think that there were never fast lenses for medium format systems I remember owning and using the Zeiss Planar 110mm f2.0 with a Hasselblad 201F for a while. That and the 150mm f2.8 seemed plenty fast to me.

Posted by Kirk, Photographer/Writer at 17:13 5 comments: