Photography would not be as much fun without a little risky experimentation. Right? 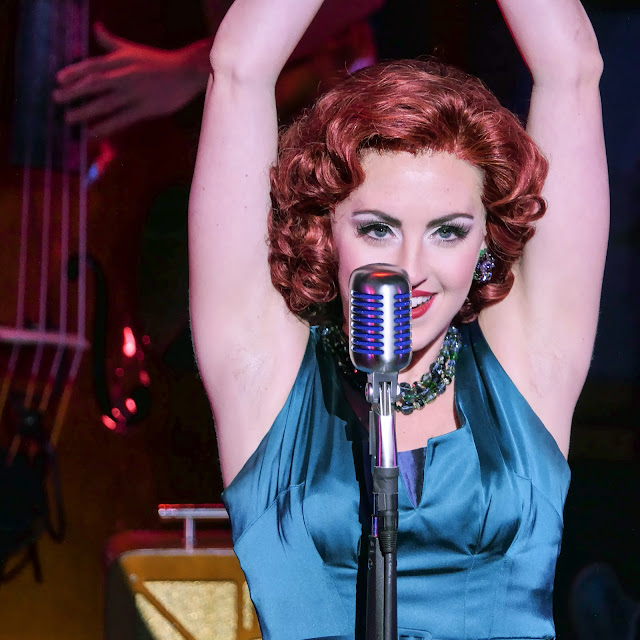 Last night was the dress rehearsal for Zach  Theatre's production of Million Dollar Quartet and I was in a quandary. I really wanted to play with my new GH5 but the only Panasonic lens I currently have for it is the 12-60mm f3.5-5.6. It's a nice lens; especially for a kit lens, but that long end is really slow for shooting stage shows and, actually, the long end isn't that long. I was looking around for something closer to the 90-100mm range. I guess I could have cobbled on my older Nikon 105mm f2.5 or something but I wanted the ability to recompose on there fly and that meant I really wanted something zoom-y.

Yesterday's discussion about the Olympus 12-100mm lens really whetted my appetite but I felt a bit reticent, after having dropped kilo-bucks on the GH5, to return to the trough too soon... that, and the fact that projects have been a bit "light on the ground" this Summer. Something to do with having an overweight position in healthcare clients in the middle of a period of funding uncertainty brought about by our elected officials...

So I rummaged around in the equipment cases and came across two copies of a very old lens that would work with one of my Pen FT to m4:3 adapters. It's a lens I seldom use and one I never had much luck  with on the first and second generation of micro four thirds cameras: it's the Pen FT 50 to 90mm f3.5 zoom lens.

I carefully inspected the glass and tried it on the GH5, just shooting inane images around the studio. I set the image stabilization on the GH5 to 90mm since I figured that was the focal length I'd need the most help with, and the one I'd mostly be shooting at the theater. I dived into my saved archives and found an original Modern Photography Magazine review of the Olympus PenFT lenses from 1970. Yes, that's 47 years ago. It's a lens that hit the market when I was twelve or thirteen years old....

I hadn't remembered the magazine's scoring but I was pretty surprised when I found it. They rated the lens as "excellent" in both the center and edges at f3.5 and f4.0. The sharpness dropped off as it was stopped down but never fell below "good." It's pretty impressive that the lens hit such good performance metrics wide open and at all focal lengths. Two things help this lens; one is the very low zoom ratio and the other is many fewer lens elements than current zooms. While I know that modern zooms can correct all sorts of things with moving lens groups and fancy elements I also know that mechanical precision and tolerances can be a bitch to achieve and thereby deliver the theoretical performance in the "real world." A lens in which on the zoom mechanism and the focusing group moves may not self-optimize for close ups but a nice, tight mechanical package will less often fail or go out of pristine alignment.

After a bit of shooting and testing I dropped the lens and camera into my tool bag, along with the reliably good fz2500 and headed over to see the show.

Here are my few observations after examining about 650 shots from the GH5+Ancient lens combination:

1. Manual focusing with moving targets on a dark stage using an older lens that shoots at the stopped down aperture can be a bear. Focus peaking seems to be, in this case, more of a general guide than a precision measurement.... I'm assuming that practice would really be helpful and I'll have to shoehorn in some addition time behind the finder to the schedule. But here's the deal; if you hit focus you are rewarded with a fairly sharp and detailed image. You can't blame poor lens performance on your own focusing inadequacies. Sorry, that doesn't fly. If the lens is sharp on a tripod it's a sharp lens. If it's dull because you can't focus it's still a sharp lens.

2. Older lenses seem to transmit color differently. I keep saying it's more rounded but that may not convey what I really mean. The color tonality just looks different to me than current lenses or mid-1990's Zeiss lenses. Rounded. Less fine gradation?

3. The I.S. at 90mm with the camera set to the same was very good. You could see it in the finder as you touched the shutter button; the frame calmed down and got very stable. I didn't notice much of a problem with wider focal lengths, but, again, we're just heading down from 90mm to a minimum of 50mm.

I'll readily admit that I think the big Sony A7Rii does a better job with this kind of stage photography but only because there's so much more detail to work with. I'm not bothered by noise in the GH5 files (shot here at 1250) but I do hit a resolution limit. Part of that could be the resolution of the lens but when I look closely I see the kind of difference that 20 megapixels vs. 42 megapixel shows.

The zoom, focus and aperture rings of the 50-90mm lens are smooth and still well damped. They roll between your fingers exactly like high priced, precision engineering is supposed to work. They are so smooth that you end up wanting an excuse to focus or zoom. Kinda nutty, for sure.

Don't think that I'm being unfair to my client by tossing in this kind of experimentation. On some level there is the expectation that we'll find a look that resonates with the time period of the play. On another level you have to understand that this was the third rehearsal I've shot of the same play and we covered the hell out of it on Sunday night. Also, playing is good. Fun is good.

While I'm getting more and more serious about the Olympus 12-100mm f4.0 (modern lens) I am slowing down that acquisition and spending a bit more time exploring this fun, new, 47 year old lens I have attached to the GH5. If the lens does a good job with moving stage actors from halfway up the house I'm looking forward to walking around with the combination to see what we can do in fun sun with time to focus diligently. 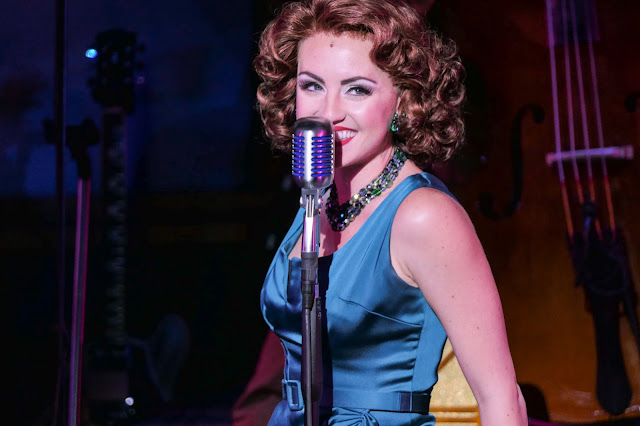 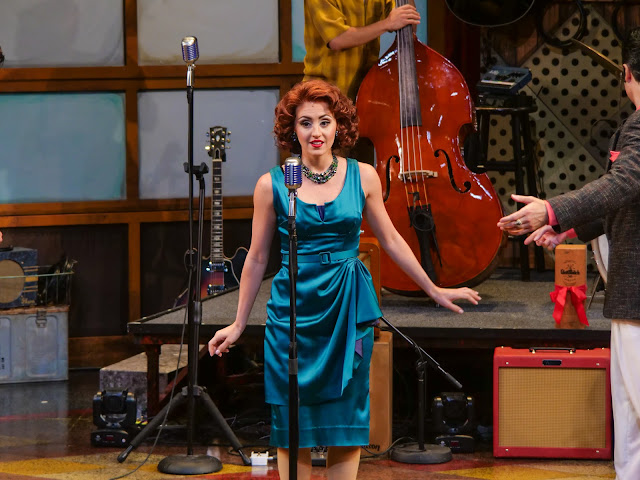 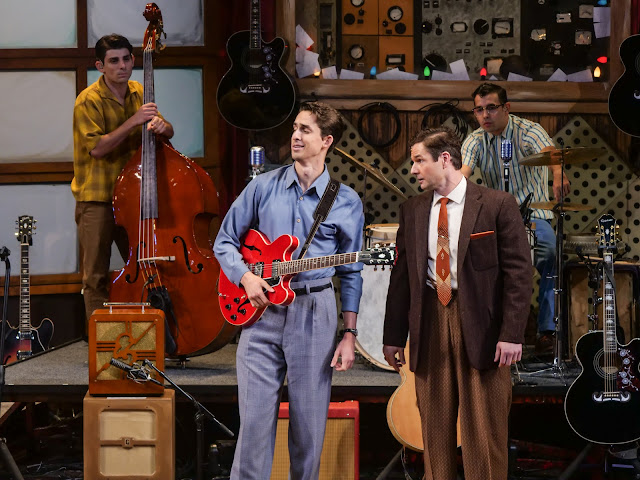 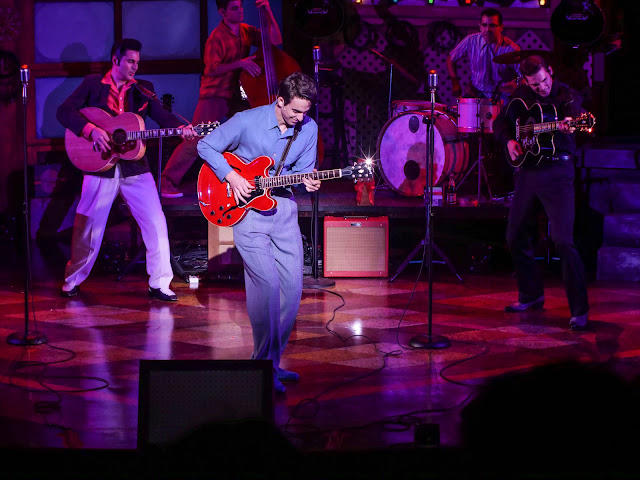 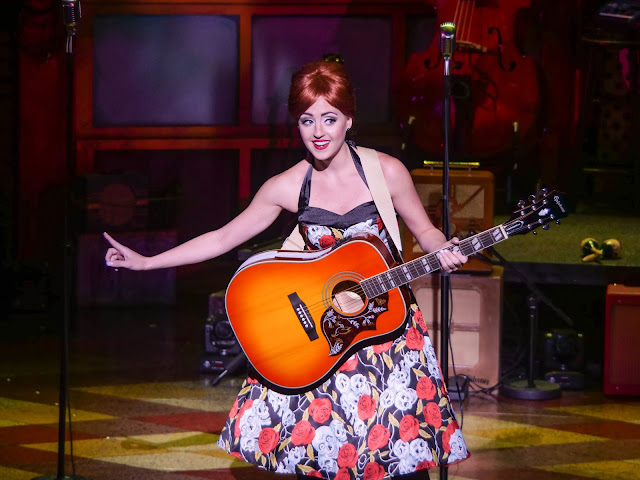 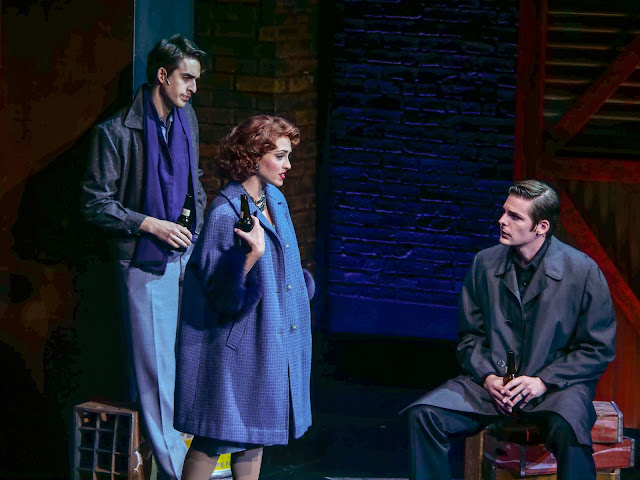 Posted by Kirk, Photographer/Writer at 11:20 9 comments: