A Few Thoughts About the Nikon D850. From Someone Who Owned the D810. 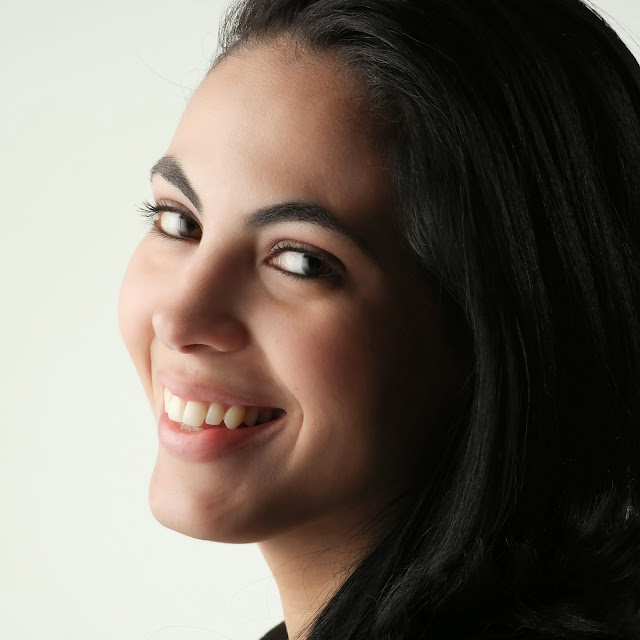 A portrait I shot in the Samsung booth at Photo Expo back in 2013.
You remember, that's when Samsung thought they wanted to be
in the camera business...

Camera marketing seems to me, sometimes, to be like a gunshot wound. One minute the person was standing there minding their own business and minutes later they are bleeding profusely. Just like a gunshot the Nikon D850 news seems to erupt like gunfire. I woke up this morning to discover three articles (in one day) from the excitable boys at DP Review, live interview coverage of the camera from The Camera Store TV (love Chris and Jordan) as well as a long and involved overview from Tony Northrup. Did I leave out a quick overview and opinion piece from Thom Hogan? Yeah, it was there too. The headline that seemed to sum up the introduction of the D850 best was, "D850 Saves Nikon." I think I saw that headline somewhere on YouTube.

So, every thing from every outlet dropped into the photo media simultaneously. Like a gunshot. And hundreds of people who held the camera in their hands for a short, short period of time rushed to tell everyone in earshot (and screen range) just what a terrific new camera this Nikon beauty is. Now that's pretty decent marketing. If your goal is instant recognition...

Now that I've read the specs, seen the previews (thanks Kai!) and read through the comments on the three different articles on DPReview I think I'll wade in and tell you what I think about the latest DSLR from Nikon. Why not? All the people who've touched it are under NDA not to talk about things like high ISO image quality, etc. Most couldn't even put in a memory card.

I grew up with cameras like the D850. Big, robust, effective. I'll cut right to the chase, if you want a camera that delivers near ultimate image resolution, very high dynamic range and a traditional interface/operational process, then the D850 might be the camera for you. If you want nearly the same image quality but need/want an EVF then the Sony A7Rii is still a good choice.

Choosing a Nikon DSLR like the D850 is a good, conservative choice for traditional image makers. If it's any bit as good as the D810 it will deliver wonderful raw files with amazing resolution and dynamic range that just can't be beat. While I'm not sure a single Canon or Sony user will be swayed to switch systems I do think the D850 is a sure Fuji GFX or Hasselblad X1D killer. After all, the difference in sensor size is really marginal while the Nikon just trounces the two medium format cameras when it comes to lens choice, focusing speed, frame rate and, of course, price.

I can't imagine a rational photographer choosing one of the "medium" format system cameras over the Nikon D850 while maintaining a straight face. Or a convincing business rationale.

Let's assume that the Nikon D850 is at least as good as the D810 when it comes to dynamic range. Let's also assume that the sensor in the new camera really does deliver the stated 45+ megapixels of resolution and let's take for granted that the camera hits all the other specs in actual operation.

Who wouldn't want one?

Well, I've got to say that I would still rather shoot with a Fuji or a Sony for the kind of work I do. Why? Because I love the workflow process engendered by a really good EVF. I also like the idea that the Sony and Fuji cameras will focus with great accuracy on the exact thing on which you are aiming. And, as far as resolution is concerned, I'm already overwhelmed by the 42 megapixels of the Sony A7Rii and more than happy with the 24 megapixels of the A7ii. I'm part of the possible market for the D850 that would probably take advantage of the reduced raw files size option in the new camera almost all the time.

I am certain that, barring recalls, dirty sensors, focus shifts, and design issues, the D850 is a camera that all of us would be standing in line to buy ..... if someone had not invented mirrorless cameras and EVF viewfinders. Even more so if Panasonic and Sony had not enabled everyday cameras with amazing 4K video, smaller profiles and reduced size and weight. The D850 checks off so many boxes for people who are mostly focused on ultimate performance, file quality and resolution.

Being able to shoot 20+ 45+ megapixel images in 14 bit raw at 7 fps is a far cry from the Nikon D100 I owned at the dawn of digital (4 raw frames to hit the wall of the buffer). The addition on the D850 of decent (though not class leading), full frame 4K video is a huge step forward (though not anywhere near the same class as Sony and Panasonic). And no one can really argue with the battery capacity, the body integrity or the potential results...

So why is it that the Nikon D850 reminds me so much of the Chevrolet Impala that my parents owned in the early 1970's? Is it because it's so big and unwieldy? Is it because the full frame lenses of a certain quality weigh a ton? Is it because it seems so much like a tiny collection of iterations and the moving forward of a hoary design aesthetic? Or am I some sort of outlier who overly values fewer moving parts, smaller footprints and the instant feedback loop of magnificent EVFs? Maybe all of the above.

The Chevrolet was a fun car to borrow when I was a high school kid and wanted to make a run up to Austin, Texas to see Janis Joplin or Clifton Chenier. The Impala had a big and powerful 350 cubic inch V-8 and "keep your beer cold" air conditioning but in reality it was a pig of a car. Lots of useless metal and huge bench seats that only derived value when the car was at a full stop. It sucked down gas with reckless abandon and took fast corners like a bowl of Jello. But it was the standard at the time.

I'm sorry but there's nothing the D850 can do that a camera like the A7Rii can't do better, for me. If you prefer an OVF the D850 is probably the best camera option for a traditional high-res DSLR on the market for the foreseeable future. But if those parameters don't match your use profile then the point is moot.

My latest project is to keep a running tally of just how many "preview", "hands-on preview", "first impressions preview", "pre-review preview", and full reviews of the camera Digital Photo Review will complete and publish in the next few weeks. How many brief "introductory videos" and real "field reviews" will grace the pages of their news column. Based on the Sony A9 introduction I'm going to say that we're probably in for a real treat and should expect between 15 and 20 articles and videos in the next 30 days. None of which will be as illuminating or valuable as heading to a retailer to handle the camera and take some test files.

Ah, the poetry of overkill.

Posted by Kirk, Photographer/Writer at 22:30 23 comments: