Lighten my load with smaller cameras and lenses? Which dream world do you live in...? 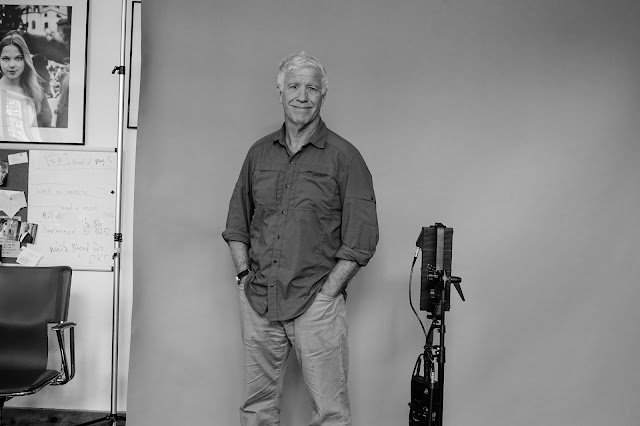 Happy Photographer writes blog about camera size and weight
versus the need to bring the lights...

Some of us photographers who cross over and do video like to talk about the benefits of "hybrid" shoots where we "light once and then shoot twice." By keeping the lighting instruments the same and using the same cameras for both disciplines the big idea is that we lighten our load of equipment and get multiple kinds of imaging stuff done quicker. And, as far as I can tell, it works pretty well most of the time. But never in this particular proposal of processes have I ever indicated that getting smaller and lighter cameras is an important part of the hybrid equation. I'm not thrilled with the weight savings of smaller, mirrorless cameras any more than I am thrilled by the overweight nature of professional DSLRs. The reason I don't particularly care about the weight or size of cameras is that so much of my work is done using various kinds of lighting equipment.

I was all excited about shooting a marketing piece for a theater today. We planned on shooting various actors on a white background. I'd mastered lighting a traditional white out background with my Apurture LightStorm LED lights and I was getting ready to pack when my art director e-mailed over so final notes. The actors would be dancing and moving and might be jumping as well. Well, that kills it for the LEDs. I can't freeze someone mid jump and keep them sharp with continuous lights. I got busy packing up the flashes.

The number of lights is basically the same so I wouldn't mind BUT..... after we shoot the marketing piece for one production, and wrap up the gear at that location, we're breaking for a late lunch and then setting up in a different building to shoot two video interview. Which, of course, do not call for electronic flash. So I'm right back to the requirement of packing two sets of lights. Oh joy!

You can make the cameras as light as you want. You could even put your lights on a diet, but for most of the stuff I shoot we're hauling around a set of background stands and a nine foot roll of background paper, six to eight heavy duty light stands, flags, three or four sand bags, a sturdy cart. apple boxes, a hundred feet of heavy extension cords,  soft boxes, umbrellas and the various hard and semi-hard cases required to keep all the breakable stuff unbroken. Saving two to five pounds on camera gear is a drop in the bucket in the overall equation of a couple hundred pounds of (necessary) lighting gear.

Today we'll also need to bring along a large duffle filled with sound blankets because the space we're assigned to shoot in is as hot as the hood of a black car in a Texas parking lot. We need to take the edge and echo off the voice recording. By the time we pack white masonite for the floor and another c-stand and fish pool for the microphone we'll just about have the Honda CR-V filled to capacity.

I know that some of you will chime in and tell me that you do photography strictly for the love of it and I'm happy for you. I'm not sure I chose the right career ---- sometimes it just feels light a combination of logistics and weight-lifting with a few moments of imaging tossed in...

I dream of the day when I can take just a small bag with a camera and a lens or two. But it's the lighting and accessories that make it feel like "work."

Really should have gotten a couple of assistants for this job. They could be setting up while I get in a noon swim. Now that would be delicious. 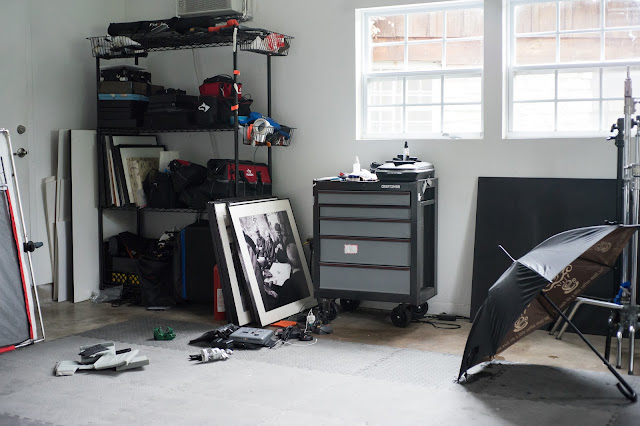 With a flurry of back to back jobs the studio is starting to look like a warehouse.
We drop off one set of gear and grab another. The image above is as neat and clean as it's been in months.... 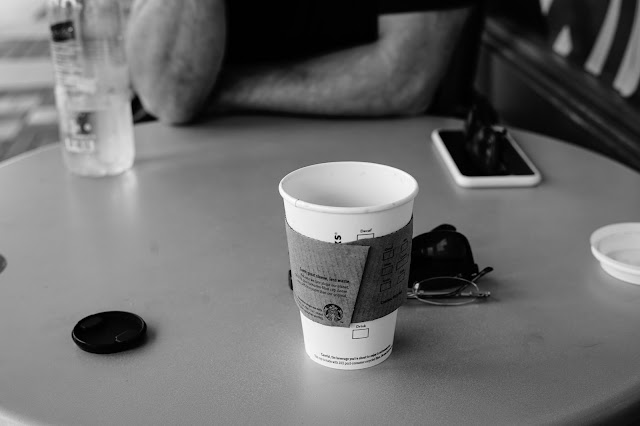 The magic ingredient for commercial photography success, besides having a trust fund or a wealthy spouse, is a non-stop stream of coffee. Comes in handy when the client "needs" those shots the next morning and you're still on location wrapping up the shoot at 7:15pm. Photographers tend to fixate on those "magic" cameras but I think the real
magic is in bringing the lights and knowing how to use them.
That, and getting along with people.