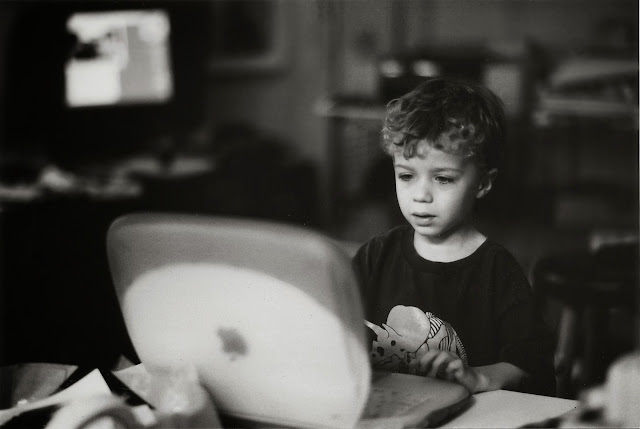 Ben with his first Apple Computer. A Blueberry iBook. At his own desk in my studio. 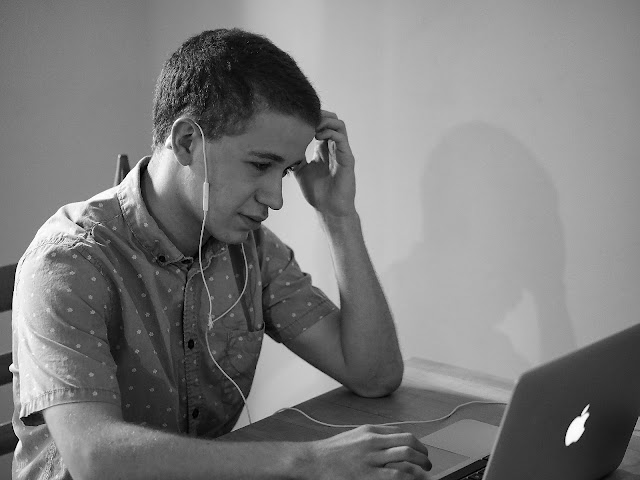 Ben with his current Apple Computer. A MacBook Pro. At the dining room table.

I was reading the financial news this morning, over coffee, and this was the story that jumped off the screen. Apple hit ultimate financial unicorn territory and hurdled over the one trillion dollar mark for valuation to make market history. I'm thinking that Michael Dell's advice, given in the late 1990's, that they (Apple) just shut the company down and give the shareholders their money back, is one of the few utterances that Mr. Dell has come to regret...

Why am I writing about financial stuff? I'm just a photographer... but I've always followed a good piece of advice I got from a financial heavyweight back in the early 1980's. He told me that the mantra "invest in your own business" was misguided and that one should direct as much of one's independent business profit as possible into investments outside one's own company.

Over the years we've had many opportunities to invest in photography stuff that would have probably bankrupted the business instead of helping it gain momentum. I'm thinking of the first few generations of digital backs for medium format and large format cameras that hit the market in the 1990's. Or giant, multi-page sourcebook ads.  Giant, fancy vehicles. Esoteric optics that I might actually use only once or twice a year. An army of office managers and assistants that I'd need to pay whether business rose or fell. Or the early, professional Apple