Interesting how the support equipment is usually the "make it or break it" stuff in most jobs. Today my "support team" was a monopod and a faster broadband connection. Yesterday it was a safe car. 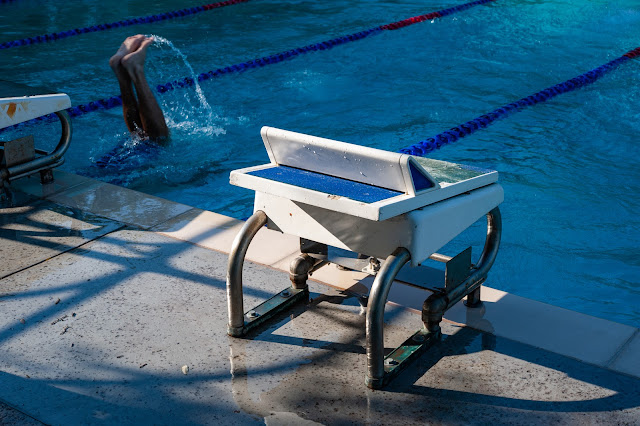 Golly Jeepers! It's been a rough week and it's only Wednesday. It started on Sunday. I shot the first part of a project for a seminary/graduate school in the afternoon and evening. A matriculation ceremony followed by a reception. It was one of those old fashioned shoots where I was trying to capture the look and feel of the event; almost like a wedding but with a much lower degree of stress. The job came in through an ad agency and we'll do more work on the project (photographs for a fund raising brochure) tomorrow. But it was an easy one to pack for, a couple of Nikon D800 series cameras with a 24-120mm, a 70-300mm and the Sigma 50mm Art tossed in for good measure. I also packed and used a Godox fully manual flash which came in handy at the reception; the facility had a beautiful, white ceiling that was two stories high. With the camera set at ISO 800 and the flash at 1/4 power it made for a very nice, though homogenous, lighting effect.

The useful support team member on Sunday's job was the Godox flash. I'd long ago figured out how to use guide numbers, and have been burned with inconsistent exposures when using TTL flashes so many times that I feel more comfortable figuring out flash power and exposure for myself. Since there was adjacent parking I left an emergency bag in the car. It had extra lenses and an extra flash, just in case something went awry.

Yesterday I packed up two systems and headed to Dell, Inc. through a rainstorm which, in the moment, seemed daunting but will no doubt seem lame once hurricane Florence makes landfall this week. The assignment at Dell was to document a large meeting of executives (think hundreds) in an event to discuss....the future. I was of two minds coming into the project. On one hand the Nikon D800s would make short work of the job because, compared to my GH5's, they nail white balance quickly and well, they have insanely detailed files, and a lot of exposure latitude. On the other hand they are loud. As loud as most other full frame DSLRs, and I had no idea how big the room was or how somber, or light-hearted, the tenor of the event might be. Would a clacking of the shutter ruin the ambiance? Would I limit the way I shot in order to create less...distraction?

Once I scouted the room I put the Nikons back in the car and grabbed the bag with the GH5 and GH5S cameras. Even using them with their mechanical shutters would ensure a much quieter and less "in your face" experience. With the silent mode engaged there was no sonic intrusion whatsoever. I put the 12/100mm Olympus lens on the GH5S to take advantage of the lens's image stabilization and used that combo as my "B" camera. It was tasked with audience shots, reaction shots and stuff that had to be shot in dark areas. I put the 40-150mm f2.8 Olympus Pro lens on the GH5 (OMG! That's a profoundly cool lens) and used it for all the speaker shots and all the images that I knew would end up in marketing materials and on primary websites.

It was a good call. The room was on the smallish side and we were packed in. I moved through the room to get the angles the marketing team needed and was happy to be hauling less camera weight than I would have shouldered had I stayed with the Nikons and their husky zoom lenses. I was happy not to disturb the meeting by shooting a loud shutter camera inches from the attendees.

I covered the event well and my client was happy with the final images. We were on a tight deadline so I finished up the assignment at 4:30 pm and raced through the sloppy traffic and wet roads, getting back to my studio around 5:15. I sat right down and started editing. My target delivery time was 8 pm. I shoot too much and I edit too little but this time I really did try to keep myself in check. I whittled down about 750 shots to something around 450 shots and I felt pretty proud of myself. Since I tend to do custom white balances a lot most of the images only needed to be "lightly touched" for contrast correction or "shadow lifting" so post processing the edited images (see what I did with the words there?) didn't take long. It was my first rush assignment with my newly improved, fiber broadband internet connection.

I was shocked to see my five gigabyte upload zip through in less than seven minutes. My previous connection would haven't taken about five hours; unless the connection stopped for cocktails somewhere along the way.....this is an amazingly wonderful way to deliver files now. I'm so happy!

I took a break for dinner and then came back into the studio to charge batteries and re-pack for today's shoot. We worked for our German healthcare client and I needed to provide documentary coverage of a new product rollout with both high res photographs and an assemblage of b-roll that would go out to television stations, via the company's public relations firm, no later than 3pm today.

This meant that I had to pack for two different kinds of shooting and be able to go back and forth between two camera systems to get what I wanted. I was mostly interested in using the Panasonic GH5S as an ENG  (electronic news gathering) camera and using a Nikon D800e camera as my photography camera. Since most of the program was in a large and well lit classroom (with ample exposure to the outside light) I was able to satisfy both criteria without having to light anything. The Nikon is a better low light camera and is very flexible when used with the 24-120mm f4.0 VR. In fact, I used only that combo for all the still shots, but kept a D800 and several other lenses in the Think Tank Airport Security case I used today. It's always a sound business practice to keep back up gear around.

I set the GH5S to 1080p @ 30 fps using the 200 mbs, All-I codec. I used Rec 709 as the color profile. I kept the zebras on and at 105% and made a custom white balance for each room in which I shot and changed it often as the gloom of a rainy morning gave way to a sunny sky in the afternoon. While the classroom was lit with 4400 K ceiling lighting the stronger sun outside did have an effect on color...

The support team member that was worth its weight in gold today was the Benro monopod with "chicken feet" that I bought last Fall. It took some practice to get the most out of it but it paid off today by providing a very steady base and the ability to do gentle and jitter free pans. I bought this one. And having used it all day today if I lost it I would rush out to the nearest good camera store and buy another one immediately. How did I live without this?

The client was hazy about exactly what they needed in their b-roll video so I covered a lot more than I needed to. Near the end of the morning I was able to talk to their public relations person and she was able to pare down the fluff and let me know exactly what she wanted to send out for network use. Love the smart P.R. people. They know what to send along to the media.

I used the Nikon like I've been using cameras for decades; figure out what you want out of the shot, compose it, meter it and bang away. Use the camera with authority so everyone just assumes you know what you are supposed to be doing and you must be in the right spot...

As we got closer to noon I had photographed and shot video of most everything on my list. Since me 3:00 pm deadline began to loom large I packed up, said goodbye to my contact and headed back to the studio to both edit and then post process (see what I just did there with those words?) the stills, and upload them, and then edit and color grade the video in order to piece together a b-roll video program to be disseminated far and wide. Everything had to be in the "hands" of the P.R. agency by 3:00 pm to make it all work so time was of the essence.

I got to the studio, took the dog out for a quick "fire hydrant consultation" and then got to work on the files. The beauty of nailing exposures and setting custom white balances while shooting is that you don't have to hit each file with multiple corrections. I edited down to 200 images, color corrected and contrast corrected them, and then converted the huge raw files to manageable Jpeg files for delivery. I was once again stunned as I watched my broadband connection make short work of the upload.

As soon as I heard the completion tone of the upload I stopped playing chess with Studio Dog and started editing the video as I imported it. I grabbed the clips I wanted and avoided importing the bulk of the hour's worth of material I'd shot; after all, I only needed three minutes! In this instance Final Cut Pro X was my friend. I created a b-roll program with 10 to 15 second clips of pertinent visual content, separated by 1.5 seconds of black between each cip.

The selection and edit process, along with some color grading, took about an hour and I was able to upload it all to my client with time to spare. Since I had time to spare I jumped back in and made an alternative edit and sent that along too.

That's three jobs completed so far this week with more to go tomorrow and Saturday. Each time I shoot I become aware of one piece of gear which leverages the power of the rest of the gear and makes my job easier. I gave props to the Benro Video Monopod for today but I could have easily chosen to laud my ancient (2009 Vintage) Think Tank Airport Security roller case. It also rocks. And I was amazed when I thought back to when I first purchased it, and how long I've had it. The case has easily done a couple of marathons worth of moving and it's still going strong.

When I read all about the newest cameras I sometimes think we have it all wrong. The valuable stuff we buy is the support gear, and it sure returns many times its purchase price. I used a light stand on Monday that I swear I bought the year I quit the advertising business and started working full time as a commercial photographer. That stand has been in service since 1988. As have my background stands. Now that's real value. Cameras? Not so much.

So, I'm shooting again tomorrow and then Friday is a post production, pre-production and cleaning day. If the photo gods allow it I'll also be able to get in a swim and maybe even get my car's oil changed. No promises but we wouldn't want to slow down ahead of a Saturday shoot....


Posted by Kirk, Photographer/Writer at 20:52 5 comments: