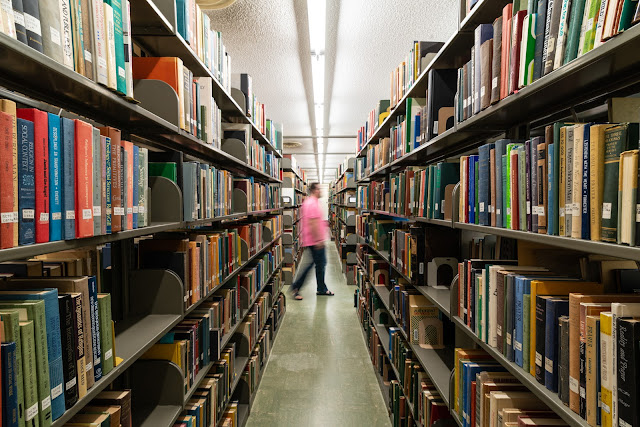 I was at a small college yesterday making images hither and yon. At one point I got myself over to the small, 1950's vintage library and made some photographs there. I made a point to pack the Tokina 16-28mm (Nikon F mount) lens because I hadn't really had an opportunity to give it a good, real life, tryout and I wanted to see if some of the less than stellar reviews that this lens sometimes gets on the web were accurate. So many lens reviews seem really to be a review about the writer's (questionable) technical abilities more than any shortcomings of the products being tested....

I've given up trusting all but a handful of lens reviewers. Who do I trust most? Probably Thom Hogan. I've read reviews by him, bought a lens he has reviewed and found it to be exactly as he described it. I would only trust reviewers who understand how to use their cameras in the field and then only if they had some real experiences with the products. Like weeks and months rather than speed preview assessments from walking around the blogger's office.... I would trust Roger Cicala at LensRentals.com as well. His writing is pretty damn good and he seems to lack any (deal-killer) brand compulsion disorder which might cause him to damn good products from brands he doesn't favor while overselling the brands that he does like. That's a good thing in a reviewer.

There are some reviewers who are nostalgic and color their reviews with beliefs around the ideas that only prime lenses can be good, or that one company or another has a lock on the secrets of making the best lenses. Often, you can read between the lines of their reviews and intuit that they used a lens ten years ago to make a photograph that was saturated with personal meaning for them and they've never let go of the association..... a very subjective way to understand lenses.

It's easiest to collate a list of preferred reviewers that have a track record of insight and experience but are not weighted down by the need to sell you something, or anything, in order to survive. That way lies the madness of the slippery slope. I want to read a review by someone who won't go hungry next month if we don't click the links and buy the products.

I digress. But I think it's important to understand that all reviewers are not created equal. In this case I have less experience than some when it comes to wide angle zooms. I bought the first Canon EOS 20-35mm zoom back in the film days, the first 12-24mm Nikon APS-C wide angle zoom in the early digital days, I've shot a bit with the Nikon 14-24mm and also own the (very good) Panasonic/Leica 8-18mm lens. I can only compare how the files look in relation to the lenses I use everyday. I don't expect all lenses to rise to the level of a Sigma 50mm f1.4 Art lens but I do expect the lenses I use to have certain performance qualities. Sharpness, minimal color casts, good resolution, convincing acutance and minimal flaring and ghosting. With wide angles it's also very nice if they don't have outrageous distortion; or distortions that can't be easily corrected in post production processing. Most lenses, outside the too good to be true bargain lenses meet these criteria pretty well.

The lens I am discussing today is one I have owned for about two months. I didn't use wide angle zooms much until recently but I did a series of jobs for an architecture firm and the seem to adore really wide angle shots in some situations so I thought I read up on what was available and see if I could find any used bargains out in the universe. I was pretty well convinced I did not need anything wider than 16mm or 18mm so I tended to shy away from the 12-24mm models and concentrated on the lenses that had smaller zoom ranges on the assumption that they would be easier to design and build correctly and so would have more consistent performance.

I didn't care about speed but my research seemed to guide me to the idea that most of the f2.8 models were very good and that the faster aperture might be very useful in more accurately manually focusing the lenses, even in live view. I narrowed down my field based on reviews and user reports to the Tamron 15-30mm (new but not G2; it wasn't out yet) the Sigma 14-24mm Art, and the Nikon 14-24mm. The Tokina wasn't on my radar to begin with but I ran across one in perfect shape in the display case of used Nikon mount lenses at Precision Camera. It's a current model but Tokina's pricier lenses don't seem to have the market share or popularity that the other brands enjoy in the U.S.A. It required more research before I was willing to bite.

The lens has one finicky performance issue that is mostly apparent with strong light sources in the frame and even just outside the frame. It generates a color artifact that can be a line or curved line of bright color in parts of the frame, echoing the shape of the reflection or light source that causes it. Some people imagined that the corners were less sharp but my post purchase testing leads me to believe that some people don't understand imaging curvature and how affects flat field image sharpness in closer ranges. Finally, I was informed that bright light sources in the frame and just outside the frame can cause higher than average ghosting or veiling flare. This is somewhat true but good technique can go a long way toward minimizing this.

But here's the deal; my use of the lens is mostly for interior shots in buildings, houses and factories. Most are well and evenly lit and I can control and mitigate light striking the front element of the lens. If I use the lens correctly in these situations it does everything I would want it to.

After reading decent reviews from multiple sources (each also pointing to the same weaknesses...) I decided to buy the lens. I bargained for a used price that was a fraction of the price for new versions of any of the lenses I had under consideration. It was the combination of the low price and the 10 day return privileges that pushed me to try the lens out. I figured if the lens was a poor performer, or the artifacting problem was untenable I would have nothing to lose by returning it.

I took the lens out on a sunny day and most of my shots were sharp, contrasty, saturated, color cast free and largely distortion-correctable. I was, however, able to duplicate the color artifact on occasion but judged it to be a minor annoyance and one that was moderately easy to avoid. I would have preferred to buy the Sigma 14-24mm lens but my irregular use of ultra-wide angles in general, and the much higher price of the Sigma, led me to very much appreciate the qualities of the Tokina.

So, yesterday I documented an older library on a small college campus and I used the Tokina 16-28mm on a Nikon D800e, on a tripod. It was one of the first times I used Nikon's implementation of live view with the D800e and it was primitive in comparison with the live finder image of a mirrorless Panasonic or Sony but it was still very usable and allowed me to use the built in electronic level to good effect, and to fine focus with good accuracy.

I've included some samples and would note that I also included images that have light sources in the frames. I looked carefully and did not see either excessive ghosting or the dreaded color artifacting. I did about thirty shots over the course of an hour or so with the Tokina and was happy with the quality of the images in each case. Note that I did not shoot the lens wide open at f2.8 and that's consistent with the kinds of shots I'll want to do with the lens.

Having spent a lot of time with the two Pro Olympus lenses I have around the studio I loved the fact that the Tokina also had a manual/autofocus clutch around the lens barrel. It was a familiar way to switch back and forth.

The lens seems to be robustly constructed and is big and heavy. Not a lens to take on a casual stroll around town, along with a Nikon D800e and a battery grip loaded with 8 lithium double A batteries....

Do I recommend this lens? Hmmm. At the Amazon price of $566 it's a bargain if you are an intermittent users of extreme wide angles. It's a better bargain, slightly used, at about $400. If I was a practicing architectural photographer I'd break the credit card out of that block of ice in the deep freeze and get my first choice, the Sigma Art. If I had more common sense I would never have sold my Canon 20mm f2.8 EOS lens and a camera body to use it on. I used to just tell clients that 20mm was as wide as I could comfortably shoot. If I was a high earning architectural photographer I guess my "go-to" lens would be the manual focusing, Zeiss 21mm f2.8 prime along with several other Zeiss primes. The images might not be much better but I'd feel so smug....

For a guy who is satisfied with the regular images he gets from a mid-tier Nikon lens like the 24-120mm f4.0 I think the Tokina lens is a good match for my intended use and my budget. I doubt I'll buy another wide angle zoom. I think I'll just look for a Sigma 20mm art lens and call it quits. In the interest of full disclosure, if my old Nikon 20mm 2.8 (which wasn't quite as good as the Canon model) had not fallen apart and ignominiously failed I would never have fallen down this rabbit hole and jostled with the Red Queen for zoom lens supremacy. In the long run it would have been just as smart to replace the Nikon 20mm with.........another Nikon 20mm.

Not much of a review but then again it's an honest one. 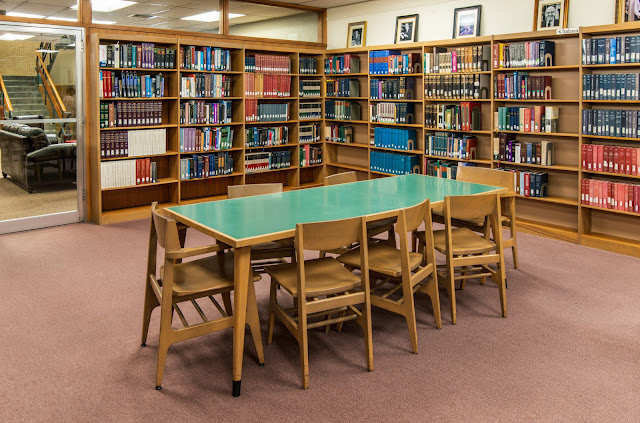 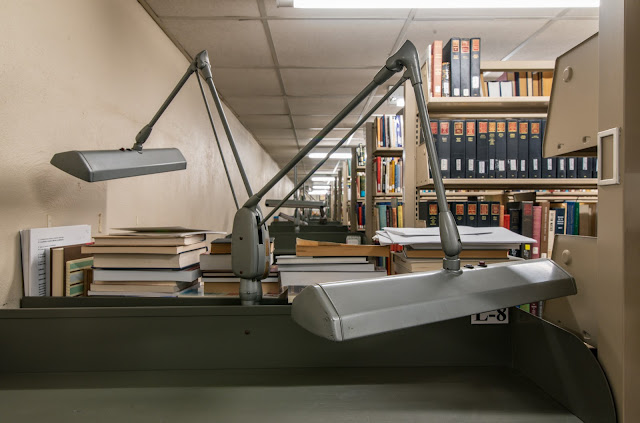 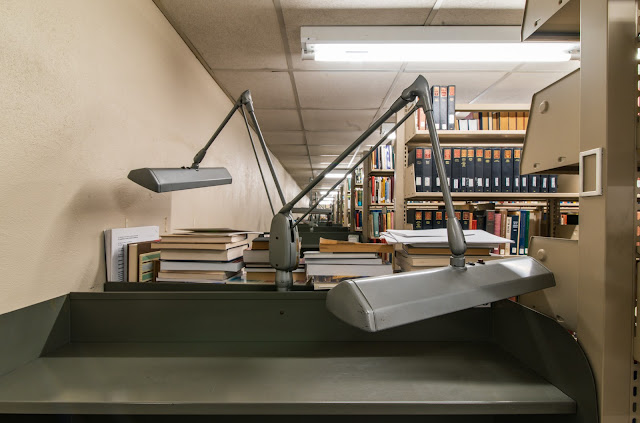