OT: The travel day of a zany working photographer. Not everything takes place in Manhattan or Austin..... 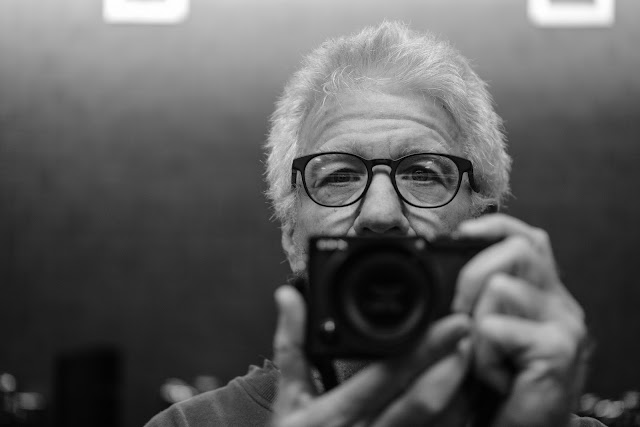 So, I am making portraits of supervisors, managers and Vice Presidents of a large infrastructure company this week. I'm photographing people at the various projects where they are most actively involved. Most outsiders think big projects like building lakes, clearing a swath of land for miles and miles in order to run high power lines, or building a dam, happen close to the glittering metropoli but what I've found out is that there's a huge number of these projects happening out in the middle of nowhere. And if I'm going to photograph the people who are making the work happen, at the locations of their various projects, then I'm going to be traveling far from the techno-yuppie--latté-world.

I went to bed at nine p.m. last night. I don't usually do that. My whole family is a nest of night owls. Even the dog. But my client had arranged for a 5:13 a.m. flight from Austin. I was up at 3:30 am, at the  airport at 4:15 and in the air by 5:16. Not my usual schedule. But here's the deal: the closest airport hub to Bastian, VA. is Charlotte, NC, which is just about a 3 hour (speedy) drive from Bastian. To hit our schedule for our three shooting days this week I needed to get from Charlotte airport (where I got in around 8:30) to the rental car facility, and then on the road quick to be able to rendezvous with 12 people who needed be photographed... starting around 12:30. We found a great spot at the top of a dirt road, overlooking several mountains and a high voltage power line, as a background element, running straight down into the valley. It was a chilly 30 degrees when we got started and you would have laughed at the look of my lighting gear = flashes covered (loosely) with Ziploc plastic bags. Why? Because it started to sleet while we were shooting.  The subjects were all committed. They didn't seem to mind a few ice pellets to the face.... so I joined in the fun.

We wrapped up in an hour and I turned around and headed back to Charlotte to turn in my rental car, check my lighting case, and get set up for my flight to Evansville, Indiana. We flew in on one of the dinky dwarf jets. And the Think Tank backpack still fit under the seat in front of me. The flight was delayed which was both a blessing and a curse. A blessing because it meant the photographer actually had time to sit down and eat a turkey, brie cheese and green apple slice sandwich, and guzzle down an iced tea. A curse because it meant arriving in Evansville around 9 pm and still having to secure the next rental car and then drive an hour to the tiny town of Jasper, Indiana, which is the rally point for tomorrow's photoshoot.

I meant to grab something to eat in Jasper but when I arrived I realized that everything (EVERYTHING) closes around 9 pm and arriving at 10 pm looking for good food means you are just shit out of luck (as they say in parts of Texas). I settled for a single serving bag of Planters peanuts, a couple of cookies I saved from the morning's flight, and a Blue Moon, Belgian White Ale. Ah....the dinner of creative champions. (yeah, yeah. I know. You would have packed a Yeti cooler with all kinds of nutritious food and Fedex'd it ahead....).

I've taken a shower, charged batteries and transferred files to my laptop. I'm ready to crawl into bed and sleep. I don't have to get up early tomorrow. My lead on this part of the project has to be in a safety meeting miles away in the morning and we're going to meet up at my hotel later, around 8 am. I just have to make sure we work efficiently so I can make it back to the airport in time to catch my circuitous flight to Raleigh-Durham, by way of Dallas Ft. Worth.  But that's a different story.

But we may be near the end of the project. We're just dancing around the final portrait of one of the company's founders. If the stars line up we'll head to Tampa for that one at the end of this week. Oh dear. Another four days out of the swimming pool. That cinches it. I'm taking all of December off. I you need me I'll just be swimming and writing a blog.