Can a new camera or lens make you a happier photographer? I'll vote "yes." 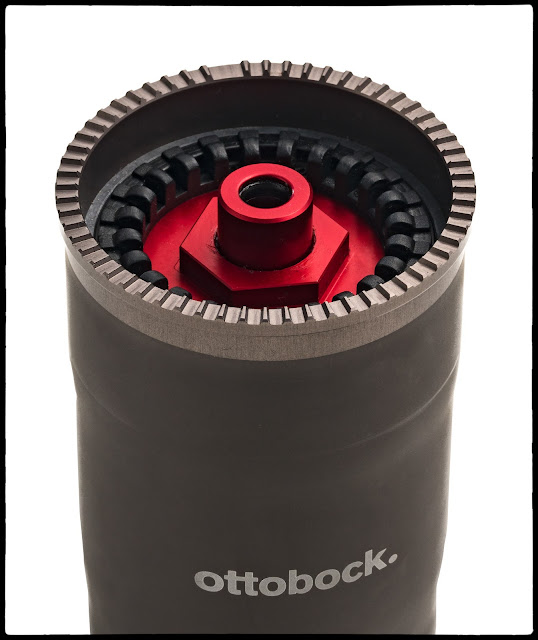 A work photograph. One of those times when everything should be in focus.

Sometimes it works for me to separate out act of photography from experience of owning and using a camera. The more rational among us will choose cameras that are cost effective, fulfill some needed photographic mission, and are straightforward and logical to work with. Apparently, as people age, they also gravitate toward cameras that are lightweight and easier to carry....

None of this really enters into my eccentric process for seeing, choosing or buying and then using cameras. Sure, they have to meet certain minimum criteria; they have to produce salable files, they have to make photographs on demand and on my schedule, but as long as they check the right boxes for image quality and reliability everything else is more negotiable. But the one thing that's not really negotiable is that the camera be fun. Fun to shoot, fun to own and aligned with my particular nostalgia of what a camera should look like and how the physical controls should present themselves.

I'll be frank, I get a lot of pleasure out of owning certain cameras and also trying out new stuff that's well made. I'm sure my predilection for the craft of camera making is a hold over from having come of age in photography at a time when there were a number of different cameras made to the highest physical quality. From mid-century Leica M series cameras to titanium Nikon models to the stellar construction of the Hasselblad SWC series cameras, the bodies were made to be handled for decades and to be totally stable platforms for the films moving through them, driven by gears and cams. At that time in camera history a dense and well made tool conveyed one of great accuracy (tolerances were important for film flatness in the gate and accurate focusing) and reliability. The idea of reliable cameras was especially important to professionals as camera bodies, pre-digital, were expected to earn their keep not just until the next cycle of Moore's Law but for spans of a decade or more of near daily use.

I like well made cameras. I don't particularly care about size or weight. A camera has to be big enough so that the controls aren't crowded and finicky. A good user camera for a person who is mostly mobile has to be limited, at a certain point, where weight and portability are concerned too. I remember testing the Leaf Af7i medium format digital camera. The camera, prism finder, digital back and the 180mm f2.8 Schneider lens together weighed in at nearly ten pounds. That's a bit much to drape over one's shoulder and use as a walk around, street shooter....

On the other hand I've handled a number of smaller cameras that are nearly unusable because their external controls are so minute, and clustered so closely together, that any real use of the camera is largely luck and hit or miss. Those smaller cameras are usually plagued with equally diminutive batteries as well... There are "right sizes" for cameras and they have evolved in the same way hammers and garden tools have evolved; after years, decades or even centuries of trial and error designers have largely figured out what configurations work (for most people).

I recently ditched Sony full frame cameras because I didn't like the way their cameras felt when I was holding them. Sometimes just holding them in my hands and other times when holding them up in the shooting position. It's all very nice that a camera can produce a pretty, 42 megapixel file but it's much nicer if the camera's design makes it look and feel good while you are using it. Same for the Nikon D810. It felt a hell of a lot better to hold than the Sony but was ungainly for carrying while urban hiking, just the same.

Truth be told, the Fuji XH1, when combined with battery grip, is just a bit too big for comfortable, long walks as well. But when stripped down to it's essentials the body is more or less just right. I like it a bit better than the XT3 and I love the design of the basic body. I haven't shot enough with the XH1 but I'm carrying it with me everywhere because it feels like a real camera and that makes me happy. Other cameras that had that feel (but missed on other parameters) were the Nikon 600 and 610, the Sony a99, and even the Canon 7D. Not too big, not too small. And with good proportions and control layouts.

I'd guess that many photographers are less immersed in their cameras. Mine travel with me everywhere, from the car to the pool to lunch and back home. I carry one into my doctor's office and it works great as a kind of security blanket. Once, in the midst of a medical emergency, I stopped by my office to grab my Leica M4, and took it with me to the emergency room and into ICU. It was a comforting companion and never complained about the hours or the service.

There are times when I've left the cameras behind. Usually when the gravity of a situation (which by its very nature is non-photographic) mitigates against it. I don't take a camera into the pool with me (although strapping a Go Pro to my kick board has crossed my mind... And I don't take cameras to funerals or business meetings (although there is always one in the car).

Intention and potential. That, and an appreciation of the (too few) times when camera makers get everything just right.