The changing face of corporate portraits. Why no one cares about your cameras and lenses. 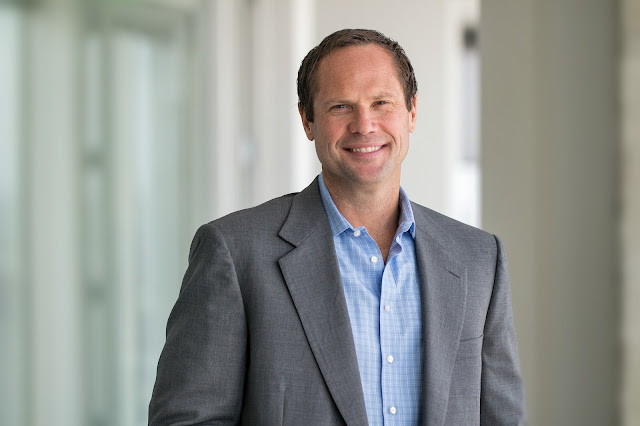 This is the portrait of a CEO for a tech company headquartered in Austin. Over the course of three years we photographed nearly all of their far flung, senior staff. Our approach was always consistent; natural light through the 23rd story, floor to ceiling windows; natural light leavened with judicious amounts of fill flash to clean up the color and add just the right amount of "openness" to the shadow side of the face.

While the look and feel of the photographs was consistent from beginning to end I was surprised, when I reviewed the catalog of portraits, to find that they were done with three different camera sensor formats, ranging from micro four thirds to full frame. The image above was done with a Samsung NX30; an APS-C camera (far from the mainstream brands....). I chose that camera because the while the company was initially hamfisted at making cameras they did a great job on longer lenses; like their 60mm macro and their 85mm f1.4 lens.

Our initial portraits were done with Olympus EM-5.2 cameras and, usually, the Panasonic 42.5mm f1.7 while our final set of portraits was done with a Nikon D810 and an 85mm f1.8 lens. But even when viewed side by side on the client's website I'm hard pressed to tell you which images came from which systems, unless I cheat and look at the Exif info.

It was easy enough to use the lenses paired with the small sensor camera at wide apertures and get a very similar effect to that of the full frame sensors. The secret is that there's a limit to how shallow a depth of field you can get and still have the client accept the images. They like to see their senior staff in focus as much as they enjoy seeing the background go out of focus.

But here's the interesting thing; if you get the CEO to look like a warm, happy, compassionate and effective leader most clients wouldn't care if you did the assignment using the camera in your phone.

I'm settling in with the Fuji cameras right now for this style of imaging but I DO NOT FEAR using my Lumix cameras interchangeably. As long as I can establish the right rapport with the subject the camera is as secondary as which brand of printer you use to print out your invoice.....

In the three years that I've served this client I've never been asked about my camera selections. Not by the marcom people at the company and not by the (award winning) advertising agency that guides their brand. I think the only people who care about what kind of camera or lens you are shooting with are your competitors, and various other photographers. Just get the essentials right and you can shoot with any camera you like. Honest.

They're hiring you, not the camera. Which is as it should be.

I agree. I don,t understand why 4/3 camera makers don,t make that point with more enthusiasm. When I first started photographing for a major east coast magazine I used a full frame Nikon and lens. With each new model upgrade the camera keep getting larger until I felt the form factor was affecting the quality of my work. I starting using an Olympus and I noticed not only was I having more fun, but the quality of my work improved substantially

The portraits made with models at the Samsung trade show event make the same point. They are indistinguishable from any similar shots made with good lighting and any other camera with reasonable specs. And they’re several years old, made with a failed camera long since discontinued.