We're closing in on our 4,000th blog post. Is there anything you'd be interested in hearing about here that we haven't already covered? 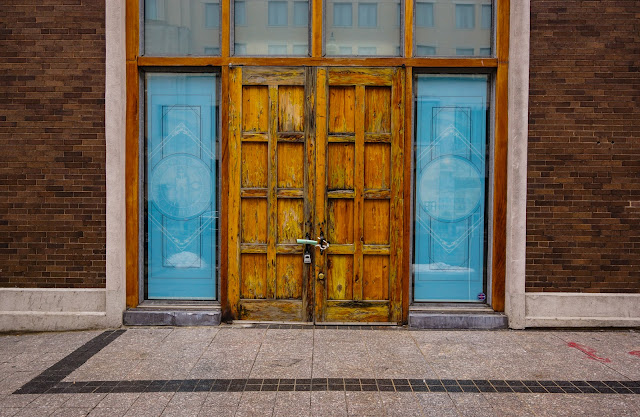 I've been writing this blog and populating it with photographs since 2009. We've covered so many topic and in so many ways. At this point we're also coming up on 25,000,000 page views directly on the site and over 80,000,000 indirect page views (according to Goggle). I'm not nearly finished with this whole photography thing (love taking photos for work and pleasure) but I thought I'd take a breath and ask for some feedback from consistent readers.

Are videos the new blogs?

Are we still supposed to dislike HDR?

Do you want to hear about what I'm shooting with (gear) or should I bone up on my Roland Barthes and Claude Levi-Strauss and just write about the philosophy of image making in a post intelligent society?

Are we happy with the general guidelines of not talking about politics or should I spend more time pissing about half of you off?

Do you hate downtown Austin now or are you willing to see more photographs of the nihilistic hipster environment?

Who are your current favorite photo bloggers (besides me, of course)?

Are we soooo over 4K video yet? How about raw video formats? And those pesky codecs?

One thing I'm pretty certain about but feel compelled to ask; you DO want to read more about swimming, right?

Will small sensor camera systems die off? If we look to archeology I'd bet we'll kill off the dinosaur cameras first....

Will Nikon survive? How about Olympus? Will Sony snuff out all competitors and then exit the market to concentrate on VR? Where will we get new cameras to argue about?

Will Fuji ever get around to putting image stabilization in any of their APS-C cameras other than the XH1? Will Canon transition to 21st century sensors? Will Olympus ever hire someone rational and sane to write their camera menus? Is Pentax still in business?

Why the f-word to people walk around and shoot with their lens hoods mounted on backwards? WHY?

Should I consider the recent demise of comments to indicate a waning of interest which might suggest I turn my attention to something else other than writing about photography? Hang gliding? DIY surgery? A career in fast food? Actuarial Science?
Macramé? Scrapbooking? Politics?

Are you getting bored with black and white portraits of people?

Can we narrow down who invented the combo words, "Dealer Killer" then hunt them down and verbally repudiate them?

Another day in the life of a photographer. Sunny and warm. 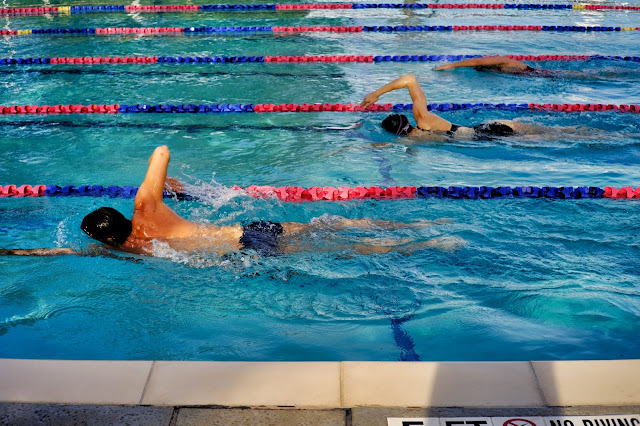 I don't know why but I woke up around 5:30 a.m. I pulled on an old pair of jeans and headed out to the kitchen careful not to disturb the restful slumbers of Studio Dog and Spouse. I made a cup of coffee and toasted up a frozen waffle. I read the news of the day. I wrote a blog about a new lens I'm excited to try.

Then I grabbed a fresh towel and my camera and headed out the door. My destination was the Western Hills Athletic Club; or, more precisely, the pool. The car told me it was 60 degrees when I pulled into the parking lot. The first light was just breaking as I jumped into lane 2 at 7:01 a.m. Our coach, Will, had put up a long warm-up I put my head down and got to work. The yards flowed past and the light bloomed in the east. By 8:15 I'd finished all the sets and was ready to get the day started.

I don't have too much on my schedule today. Coffee with my friend, Frank. A trip to my dad's bank to make some deposits. Lunch with an old work acquaintance. Maybe a nap. And, since our high temperature today is supposed to be something like 86 degrees, a long walk through some picturesque part of town with a camera in my hands.

I had the presence of mind this morning to grab a camera. I wanted to shoot some photos of what it feels like to swim on a warm winter morning. The camera on the dining room table was the Fuji XH1. It had the weird looking, and tiny, 7Artisans 35mm f1.2 on the mount. I didn't bother heading into the office in search of some super lens to shoot with. I thought the 35mm would work just fine.

I have two things I need to get done today. One is to schedule a portrait for the medical director of a large practice. Our schedules have been slippery lately... The second is to lock down accommodations and a final shot list for next week's advertising shoot in San Antonio. Everything else today is going to become executive time on my calendar. Either that or maybe another swim.... 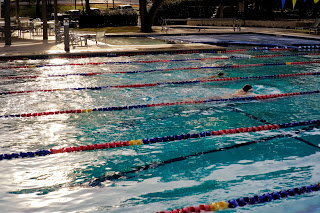 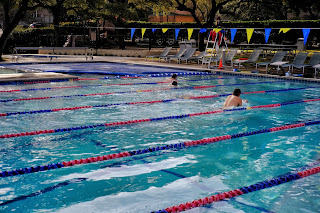 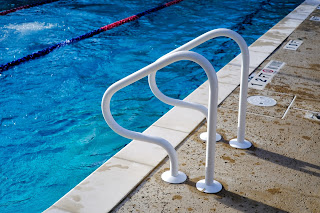 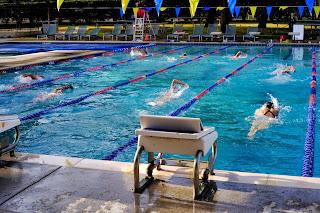 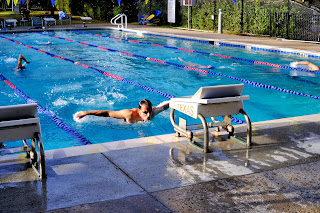 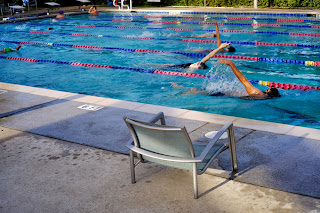 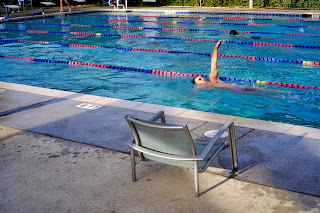 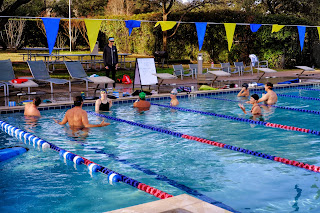 Posted by Kirk, Photographer/Writer at 09:44 2 comments: 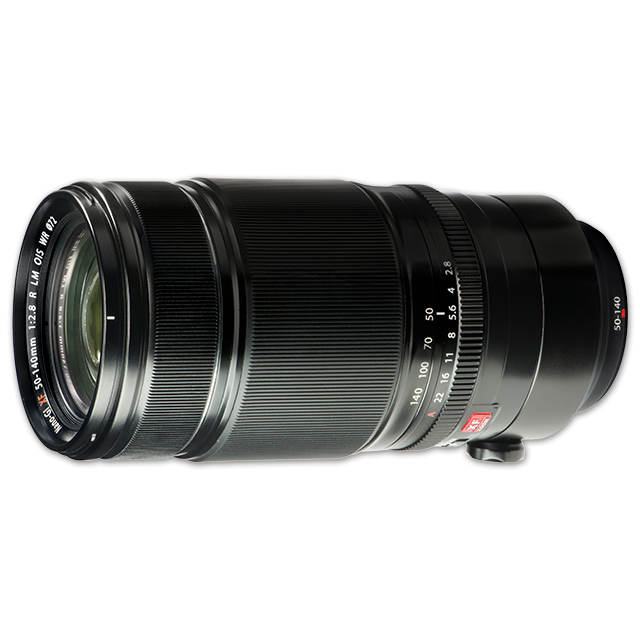 As you may have figured out I'm buying a lot of Fuji camera bodies lately. XH-1 cameras (plural) seem to be leaping into my shopping bag with alarming regularity. But it dawned on me that it's not enough to like a company's cameras bodies; in order for this to all work out for me I also need to tack a few lenses on to the front of those bodies and make some sellable images with them.

Many of the Fuji users amongst you have written to tell me how much they like the 50-140mm f2.8 zoom lens so when I had the opportunity to pick one up (new) at a reduced price I decided to go for it. The lens is massive (relative to the format), built like a proverbial tank, endowed with many pieces of precious and gifted glass elements and comes ready to work with non-I.S. camera bodies like the XT3 since the lens features very, very good OIS (optical image stabilization). Not shown in the image above is a robust tripod mount, which can be removed, if you like.

When you juggle the math of the sensor geometry and the focal lengths on offer, and run it through the currency calculator of full frame-ness, you have a lens with the equivalent focal range a 76-213mm. That makes it comfortably long enough to handle the work I frequently do making images of plays and musicals and it's also more than adequate for the kind of work I do at corporate events and showcases, which mostly involves (where long lenses are concerned) getting good shots of speakers on stages and speakers at podiums.

It's very early in my evaluation process but I've already shot, processed and looked at about 250 frames and so far find the lens to be every bit the equal of similar types of lenses I've owned for Sony, Canon and Nikon systems.

The gateway to this purchase was my recent (and ongoing) fascination with the idea of the Fuji XH1 camera which was designed and built to stand up to the physical rigors of bigger heavier lenses used by ardent amateurs and professionals. I had tried the 50-140mm f2.8 and the 16-85mm f2.8 on an XT3 camera (without a battery grip) at Precision Camera but they both felt awkward to me on that smaller body. When I tried them on the XH1 with grip they seemed to be a much more comfortable and rational combination.

I have two different productions to photograph at Zach Theatre in the next few weeks and am looking forward to once again being able to shoot through the range of (FF-equivalent) 24mm all the way to 210mm with only two lenses. In combination with the extremely quiet mechanical shutter in the XH1, along with its in-body image stabilization, it should be a very pleasant and effective way to shoot theater photography.

Next week I have two days of mixed location photography for an advertising agency in San Antonio, Texas and I'll be bringing a complete Fuji kit along for that assignment. It's fun to change gears and it will be a nice, comprehensive test of the system. While I'm sure the majority of the work will be done with the two zooms I'm also looking forward to giving the 14mm f2.8 and the 90mm f2.0 a solid field testing.

My friend and associate, James Webb will be in San Antonio with me shooting video b-roll with an extensive Panasonic system configured around several GH5s and a bunch of interesting and well tested lenses.

Off Topic: I've enjoyed getting to know the Subaru Forester I bought less than two weeks ago. My trip to San Antonio to visit my father last Sunday was my first longer highway use of the car and it did very well in the driving rain as well as getting through San Antonio's famous standing water.

I think I'll keep it around for while...