I was looking at images from the Sony RX10iii and found myself wishing someone made a camera with Sony's one inch sensor and interchangeable lenses. Little, tiny lenses. 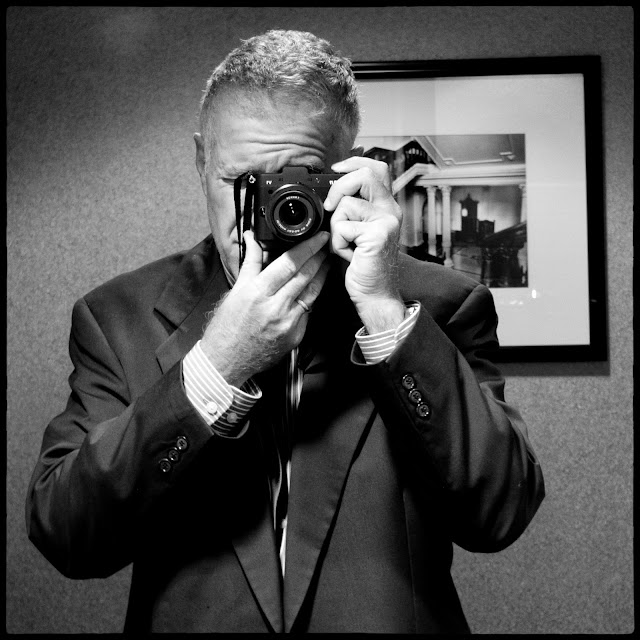 And then I realized that Nikon had already made the camera but not with the Sony sensor (which may have been the downfall of that system). I remember thinking to myself when the V1 was introduced that there was no way I would pay what Nikon was asking for that small body, 10 megapixels and a few slowish lenses but after I handled it in a store I caved and bought the system. It was fun but it never worked out the way I wanted it to. I wonder how successful it would be if it was re-imagined today with a selection of smaller, faster prime lenses and one of the marvelous Sony 20 megapixel sensors.

I don't regret selling the V1 system but I am happy I did get to use one for the better part of a year. I did a lot of public relations work with it in situations where clients valued discretion over sheer quality. Now everyone seems to offer cameras with silent, electronic shutters. But none as small and nicely finished as the V1 body of that system was.

I shot into a mirror for the image above. It was taken at a public relations function for Easter Seals and Dell Inc. We came away with a lot of good candids of the executive staff from Dell interacting with Easter Seal's clients. It was a nice project. That was the right camera for that assignment. Much quieter than my bigger Nikons from that era.

The V1 will probably be considered an outlier collectible. I'll let someone else corner that market....
Posted by Kirk, Photographer/Writer at 16:42 12 comments:

Staying with the 135mm focal length (or similar angle of view....) I thought I would mention an inexpensive Zeiss Contax version I liked a lot. 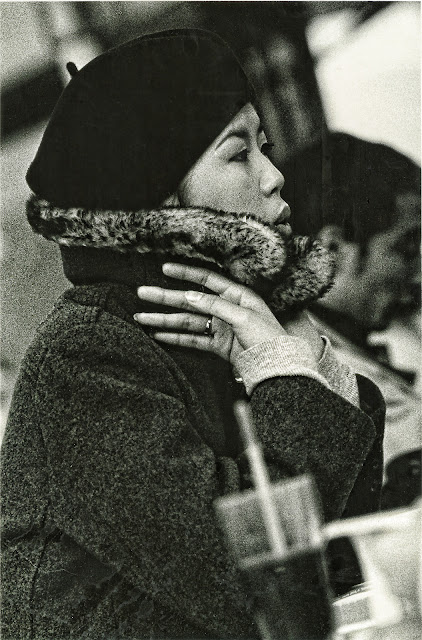 In October of 1994 I took my parents and Belinda to Paris just for fun. We spent about eight days there and made a few side trips as well. I was traveling light when it came to cameras and packed a Contax S2 and a Contax 139. The 139 was damaged during the trip and, this being the optimistic 1990's I walked into a FNAC and bought another body. It was a small and light body and it actually had a name instead of a model number. It was called an "Aria." It was not better or worst than my other Contax SLR bodies but it was light enough to hand off to family and not have them grouse about the heft. It camera with a little 28-70mm lens that was also very nice.

I kept that little camera in the bag most of the time. It was always intended to be a back-up camera. I used the S2 a lot more, and the lens I used most during that particular trip to the "city of lights" was the Contax 135mm f2.8. A small, solid and virtuous lens that seemed, in my hands at least, to be spot welded at f2.8. I snuck into the fashion shows at the Carousel de Louvre while I was there (actually, I bummed an invitation and press pass from a magazine editor I knew who was in attendance) and spent part of a day shooting some of the shows, spending some time also backstage at Karl Lagerfeld show, and generally just messing around with my small selection of lenses and a limited number of black and white 35mm rolls of film.

As I was leaving the area and heading back to the hotel I passed this woman having coffee at an outdoor table at a cafe. The 135mm was perfect for this shot. I love the fast ramp to out of focus in the background and in the foreground. Just right for a cloudy, low contrast day.

I couldn't leave the subject of 135mm lens equivalents without giving the Zeiss Contax 135mm f2.8 a nod.

My parents had a blast on the trip. I shot a lot of film, including some color print varieties. I made them a book when we got back home. 4x6 inch snapshots tipped in on black paper and captioned with silver ink. They loved it. I thought of it this week because it was on my father's bookshelf and I found it as I was packing up his belongings. It's only a few dozen pages but it's such a nice souvenir...
Posted by Kirk, Photographer/Writer at 16:35 1 comment: