I had lunch with a fellow photographer today so I brought along the Lumix S1 and the 50mm f1.4 S Pro. My friend brought a handful of cameras as well. 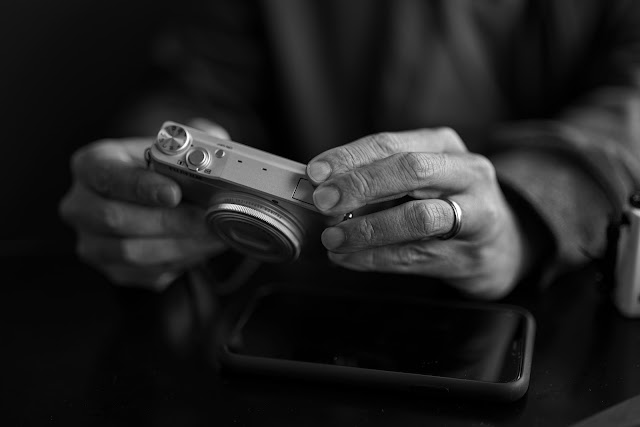 I saw a film about W. Eugene Smith, the incredible Life Magazine/Magnum photographer who was at the top of the game in the late 1940s through the 1950s. The documentary movie is called, "Jazz Loft" and is available on Amazon Prime Video. The two things that were most striking to me were, 1. The almost insane level of commitment of Smith to his craft and his photographs. The man worked nonstop; constantly shooting, developing and printing his work. One peer who was interviewed told the story of Smith going through a box of 250 sheets of photographic paper to get one perfect print with which he was satisfied.

He would work on projects for months, sometimes for years, shooting tens of thousands of rolls of black and white film. Ultimately, he abandoned his family to concentrate 100% of his time on his work. The movie also incorporates the story of the Jazz improvisations and jam sessions that took place in the NYC building he lived and worked in, and talks about his passion for making audio recordings of.....everything.

The second most striking point to me, in looking at the large number of images done by Smith that the filmmakers present to the audience, is the superb technical and aesthetic qualities of the images. He was routinely working under dim lighting conditions; shooting jazz sessions that lasted all through the night. Looking at the edge print of the film he was using shows a mix of Plus-X and Try-X black and white film. The former had an ISO of 125 while the later was 400. Given the quality of the lenses available in the 1950's and the fact that for many of the images he almost certainly had to be working wide open I found myself thinking that even with the best of the modern gear we have available I have yet to see work that surpasses his technical shooting abilities.

And remember, this is way before auto focus, saving stuff in PhotoShop, or even having auto exposure. And yet the work is uniformly great. No zoom lenses either. He is often shown with three cameras with three different focal length lenses on them, hanging off his shoulder and his neck, positioned for quick access --- the old school way of "zooming." (Maybe this is why "old school" photographers still feel a phantom need to use multiple camera bodies....).

Here we are, surrounded by the latest technologies in cameras, able to make up for massive problems in post processing, gifted with cameras that shoot at 6400 ISO and above, and yet only a tiny handful of people seem to be able to make anything decent, photographically, with all that implied progress. Sad, in a way...

While I won't be leaving my family and dedicating all working hours to shooting and printing I was moved by Smith's laser-like focus and walked away from the film recommitting to the original passion I had for shooting my own work as well and as often as I can.

To that end I brought my camera to lunch today. My lunch companion trumped me by bringing three cameras! We spoke about the state of photography for a good while. It was interesting to go back to such an important "mile marker" in the history of photography and to make it a current topic of discussion. I highly recommend setting aside one hour and twenty six minutes to broaden your perception of what could be accomplished so well in our field already nearly 70 years ago....

One thing my lunch mate pointed out, and which I believe to be very true, is that there were so many fewer distractions in Smith's time. No social media, no continuous and instantly breaking news, in fact, no television at all. A person's immersion into any field then could go on uninterrupted for periods of time that would seem impossible today. And mostly to our loss.

Ah well. Here are a couple more images from lunch at El Mercado on S. First St. All shot at f1.4. 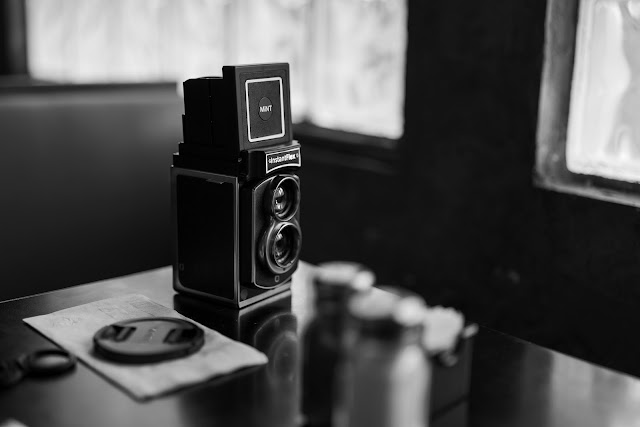 A mystery camera makes an appearance. 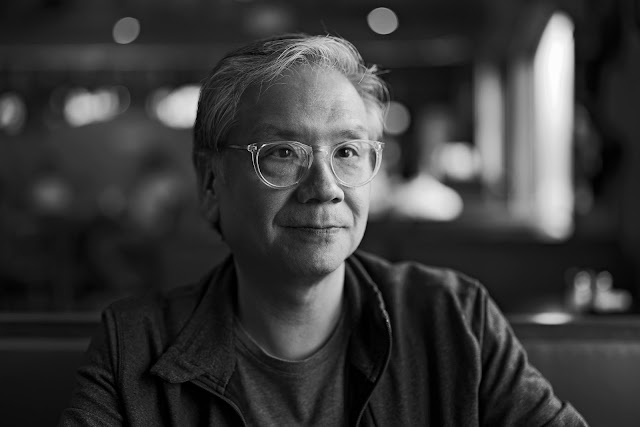 Posted by Kirk, Photographer/Writer at 18:03 12 comments: